One of London's oldest restaurants, there has been a Rules serving food in and around this part of Covent Garden since 1798. Here is where you come if you're after history and classic British dishes, served well. The upstairs cocktail bar is legendary.

Critic reviews - total score 8 out of 10

Marina O'Loughlin Guardian
"To eat here is to allow yourself to sink into a velvet-upholstered, wood-panelled fantasy of a past we've never experienced: hell, Rules even owns a 1935 Rolls-Royce called Bubbles." READ REVIEW

Marina O'Loughlin Metro
"...the food is every bit as impressive as the history-steeped rooms, with produce and game coming from the restaurant’s own estates. How many other restaurants can boast that?" READ REVIEW

Chris Pople Cheese and Biscuits
"It was a magical evening, one of those nights where every element of every bite and slurp brings joy and each moment slides blissfully into the next." READ REVIEW

Matthew Norman Guardian
""This is bliss," said my friend as he studied the menu - and he was right. " READ REVIEW 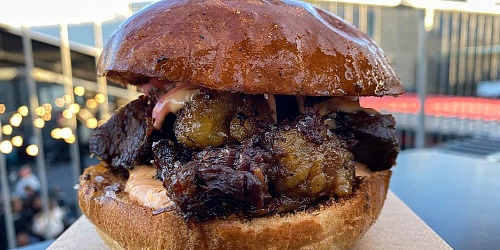