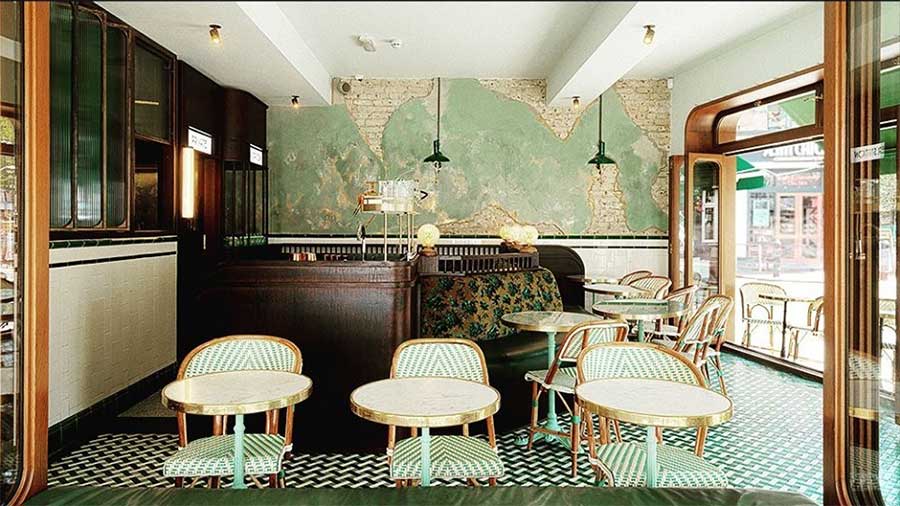 The upstairs cafe at Wun's, on the corner of Greek Street and Old Compton Street.

So what do we need to know about Wun's?

This is the new iteration of what used to be Bun House (they've moved that to a new location) and is from the same team. Now it's a late-night bar and restaurant, inspired by 1960s Hong Kong.

It's in prime Soho territory, on the corner of Greek Street and Old Compton Street. The nearest tube is probably Leicester Square.

Ordinarily, we'd suggest somewhere like Bar Termini or Swift - which are both excellent places for a cocktail on the same street. But the drinks here at Wun's are particularly good, so why waste time elsewhere when you can come straight here?

Although we love the idea, we didn't opt for the 'special' more spendy cocktails that are made tableside on a trolley for you (£16.80 each). However, the cocktails we tried from a quite extensive selection were not only really inventive - but most importantly, lethally strong. There is a selection of virgin cocktails if you're off the sauce which also sounded above average - like sour plum and tomato tea or winter melon with lapsang.

Here's what we tried: 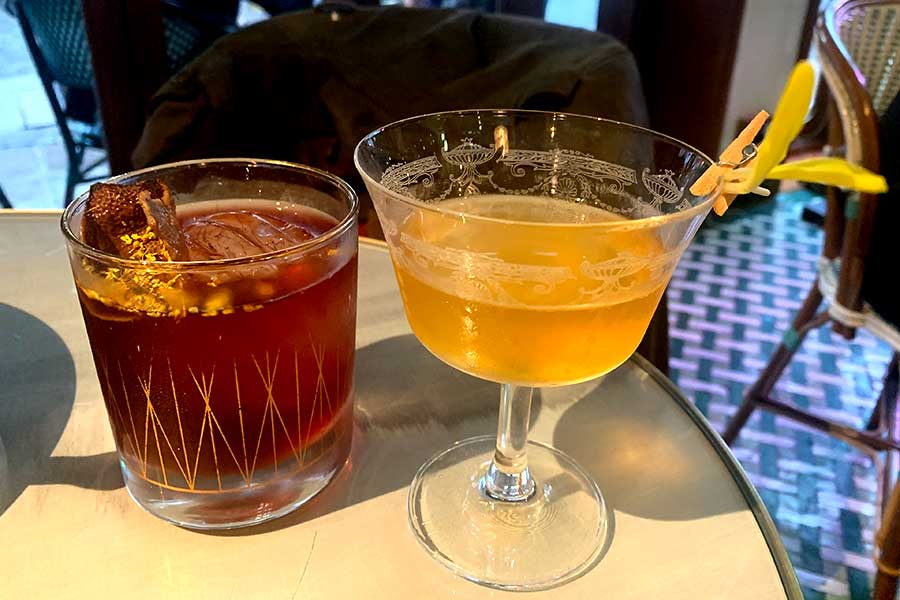 Devilwood and aged tangerine and the popcorn shoot and salt quince drinks at Wun's.

So what exactly does a place 'inspired by 60s Hong Kong' actually look like?

If you've been to the bar in its former Bun House incarnation, the two-floor layout will be familiar. We were sat upstairs in the cafe section which, while it does have the benefit of offering prime time Soho people watching, doesn't have a fraction of the atmosphere that the lower ground floor room does. So, given the choice, downstairs is where we'd sit next time.

As anyone who's been to BAO will be familiar with, the menu here is a chit system - so you tick as much as you fancy, and then hope you haven't over-ordered (and repeat as needed). Here's what we had, although the menu was so enticing we're thinking that a return visit to go through the rest of the dishes is required. 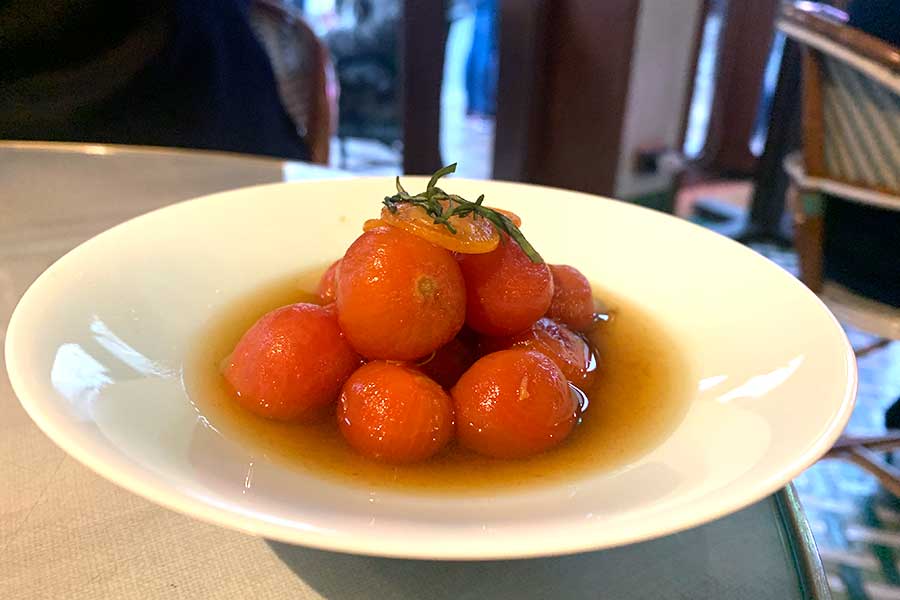 Osmanthus pickled tomatoes (£5.80) - flavoured with this East Asian flower. These are - to borrow from South Park - sweet and salty balls of joy. 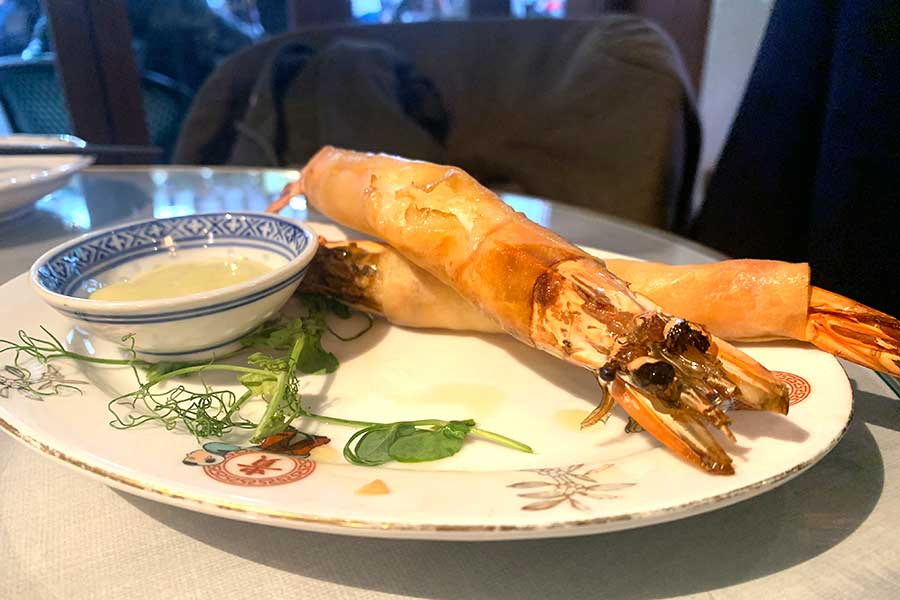 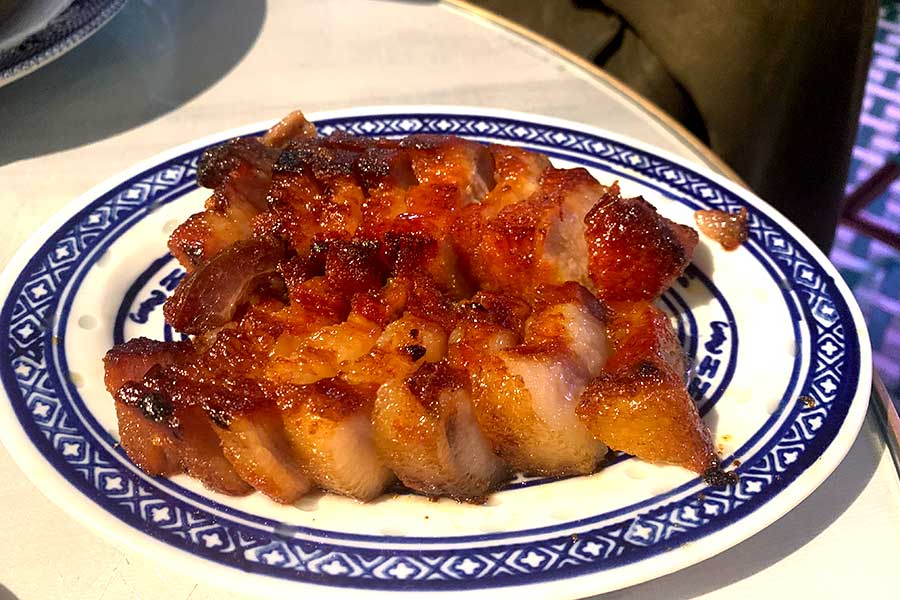 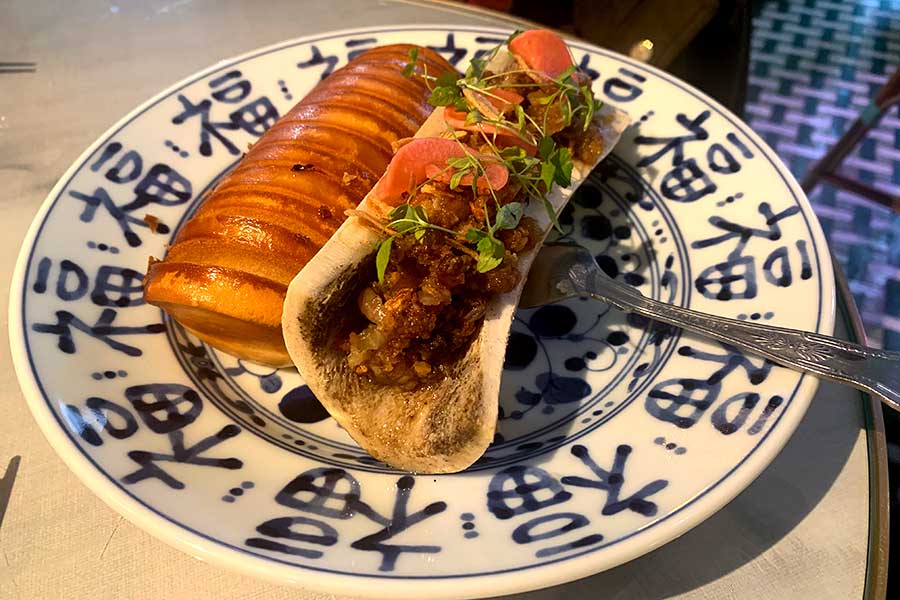 XO bone marrow with fried mantau (£8.80) - one of our favourite dishes of the night, scoop up the spicy marrow and slather it onto the fried bread. And repeat. 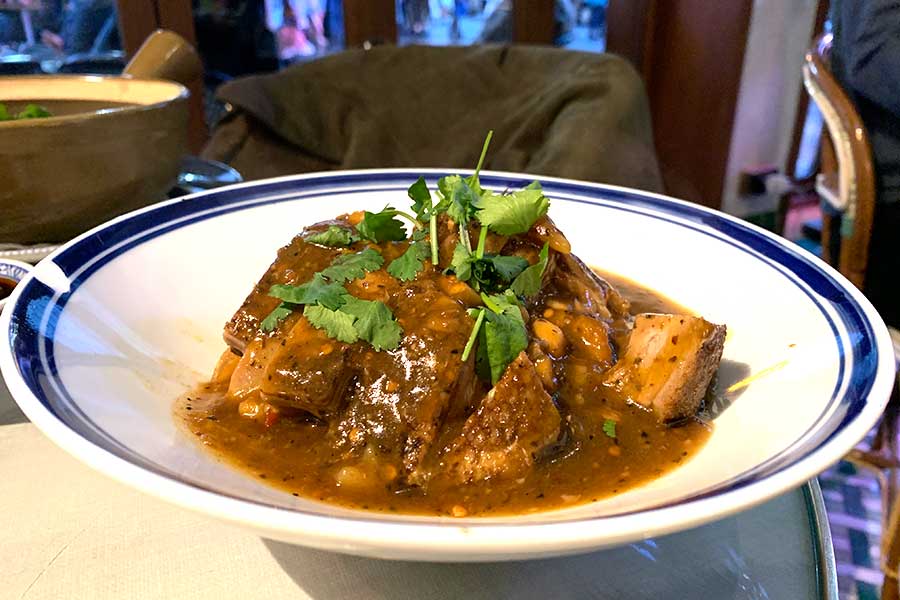 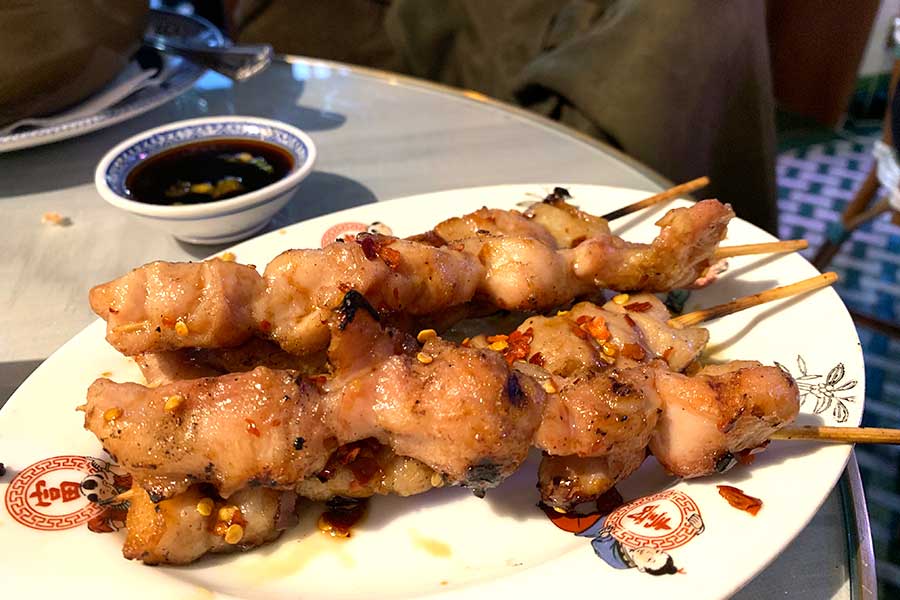 Coal grill chicken thigh skewers (£2.80 for two) - there are six skewers on offer ranging from garlic to pork belly and these were, oddly, the spiciest thing we had on the night.

There's plenty on offer from those amazing tomatoes to crispy tofu, brussels sprouts with fuyu sauce and wok tossed corn ribs with crispy garlic. But we would definitely recommend the following: 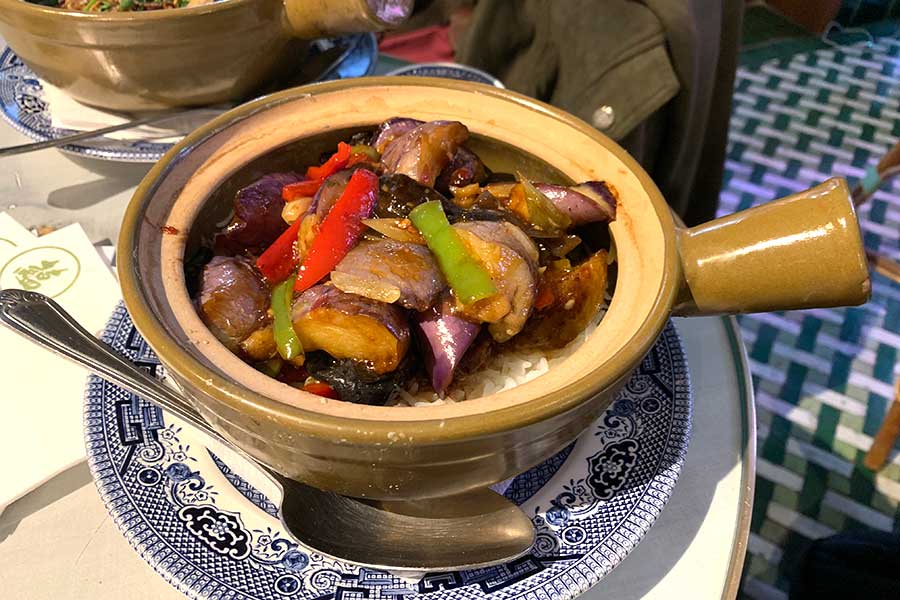 House soy-braised aubergine clay pot rice (£12.80). This is what you're going to need to line your stomach in the most enjoyable way while you sip those lethal cocktails.

We didn't follow our own rule and, as a result, massively over-ordered. That meant we simply didn't have room for dessert, which is something of a crime, when you consider they include Childhood fried milk (£5.80), Hong Kong egg tarts (£4.80 for two) and this... 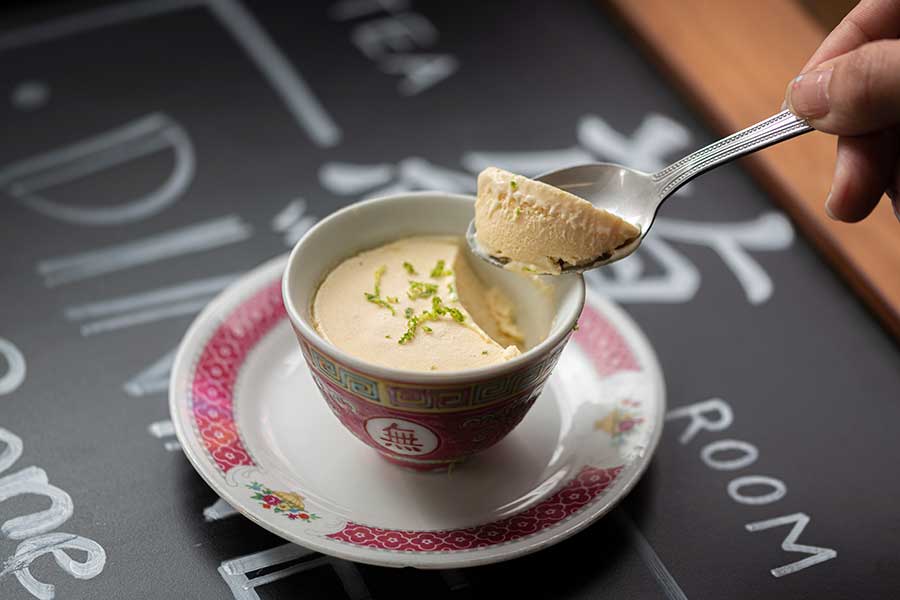 We flat-out loved Wun's. If we'd been downstairs, we could have seen ourselves staying here until the wee small hours which is, presumably, exactly what they're hoping for. The menu is so good you'll find it hard to narrow down what you want, so our best tip would be to go with a group so you can order more. Definitely recommended.

Hot Dinners ate as guests of Wun's. Prices are correct at the time of writing.