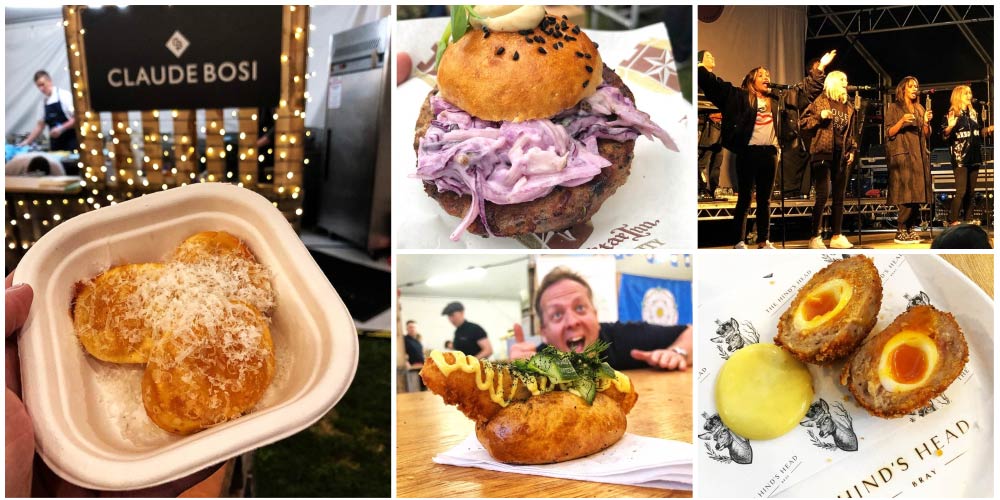 With all the food festivals happening around Britain this summer (and there are a LOT of them), it's pretty hard to launch a new one from scratch, and to make it stand out from the crowd. But when you're a Michelin-starred chef with all manner of book and TV deals and a burgeoning restaurant and pub empire, maybe these things just come easier to you.

Tom Kerridge first launched his Pub in the Park Festival in 2017 Marlow, where he also owns and runs his two Michelin-starred gastropub The Hand and Flowers as well as the one Michelin-starred pub The Coach and boozer/butchers The Butcher's Tap. It was going to be "a great celebration of everything that the brilliant British pub stands for - food, drink, music and fun."

Fast forward three years and the festival now spans eight separate locations from Leeds to Bath via Warwick and Chiswick. Each line-up sports different popup pubs and live acts. We went along to the opening night in Marlow to see what it was all about.

The first thing we clock is the location - Higginson Park running down to the Thames couldn't be a prettier spot. The next is the general ambience of the place - think Taste of London, but less frenetic and all the better for it. People here are all forming orderly queues for the food from places like Heston Blumenthal's Hind's Head or Atul Kochhar's Sindhu - and the kitchen teams are already working well. It might be the first night but we didn't have to wait more than five minutes for anything.

We tried crispy nduja ravioli from Claude Bosi's Bibendum Oyster Bar, a cracking game and blue cheese burger with foie mayo on a bacon brioche from the Star Inn in Harome and - our favourite of the night - a Cornish pollock hot dog from Paul Ainsworth, aka the Dog's Pollack. Every dish costs a fiver, so you can really go to town, trying stuff from places you may not have been to yet. It's also nice to spot the big name chefs here - we found Angela Hartnett finishing off the cannoli at her stall and spotted Atul Kochhar roaming around with his family too.

In addition to all the pop-up pubs there are loads of places to drink - we particularly liked a Cherry Bakewell cocktail we tried from the Disaronno Tent - loads of stalls (we stocked up on loads of top pork scratchings), talks from chefs and that's even before you get to the live acts. A storming set from 90s band All Saints and we were all set.

We were lucky enough to have VIP tickets - and, if budget allows, we'd definitely urge you to splurge. This gets you priority entry, unlimited Prosecco (although as this was being poured from jugs and all slightly flat it wasn't all that), close up Q&As with some of the chefs plus - and this is the big draw - access to the VIP tent in case the British weather is up to its usual tricks.

Hot Dinners visited as guests of Pub in the Park 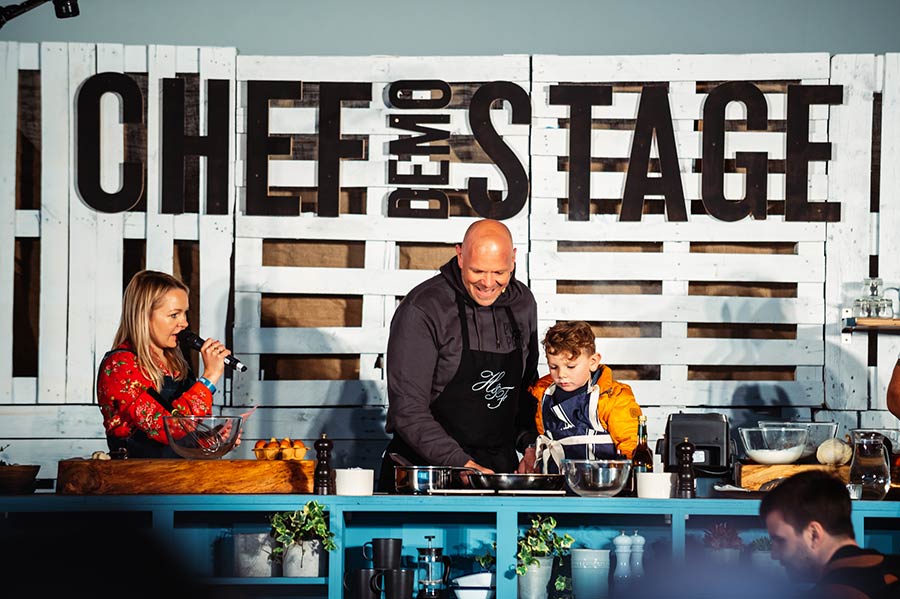 More about Pub in the Park

Where is it? Parks all over the UK. The London event is at Chiswick from 6-8 September 2019

Find out more and get tickets: Visit their website.