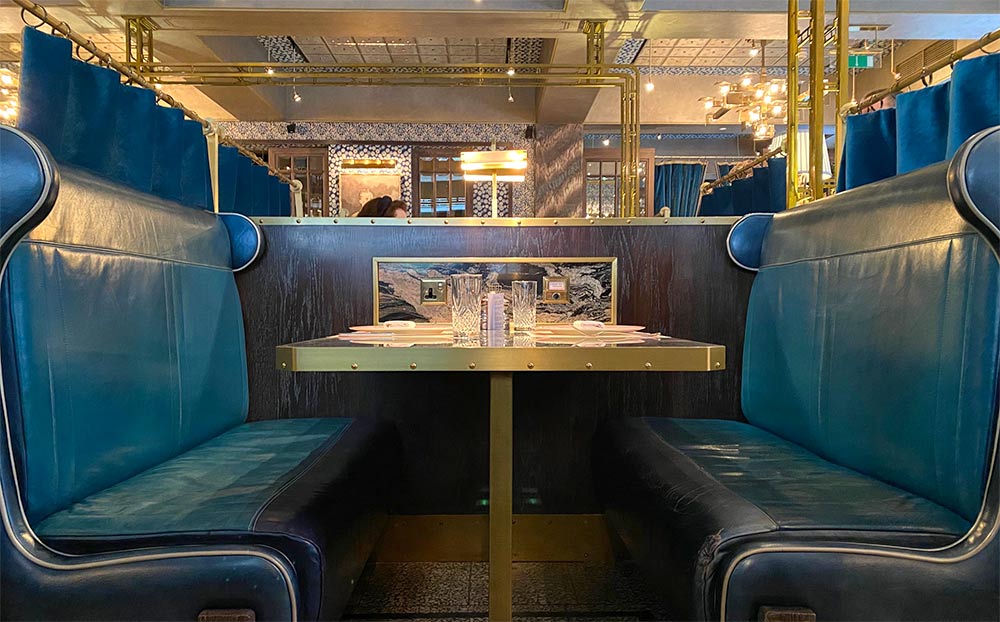 Perfect for the times we're in - the opulent booths at Bob Bob Ricard.

Remind us about Bob Bob Ricard?

If you haven't had the joy of dining in the fabulously OTT dining rooms in Leonid Shutov's Soho restaurant, then there's no better time. First off, there's a new chef in situ (Eric Chavot had to leave for family reasons). Tom Peters spent a year at top drawer Oslo restaurant Maeemo and, before that, Roux at Parliament Square before coming here.

Next - the restaurant with its lavishly appointed booths, complete with the original 'press for Champagne buttons, couldn't be more suited to social distancing - perfect for these current times.

In the heart of Soho - on the corner of Beak Street and Upper James Street.

So why are you telling about it now?

They're just about to launch Bob Bob Ricard’s new Waffle and Bellini Hour. As this is BBR they don't do anything by halves, so chef Tom has had some specially-commissioned waffle irons made for the job. Yes, it's that kind of place.

Here's what's in store. We'll start with the bellini... 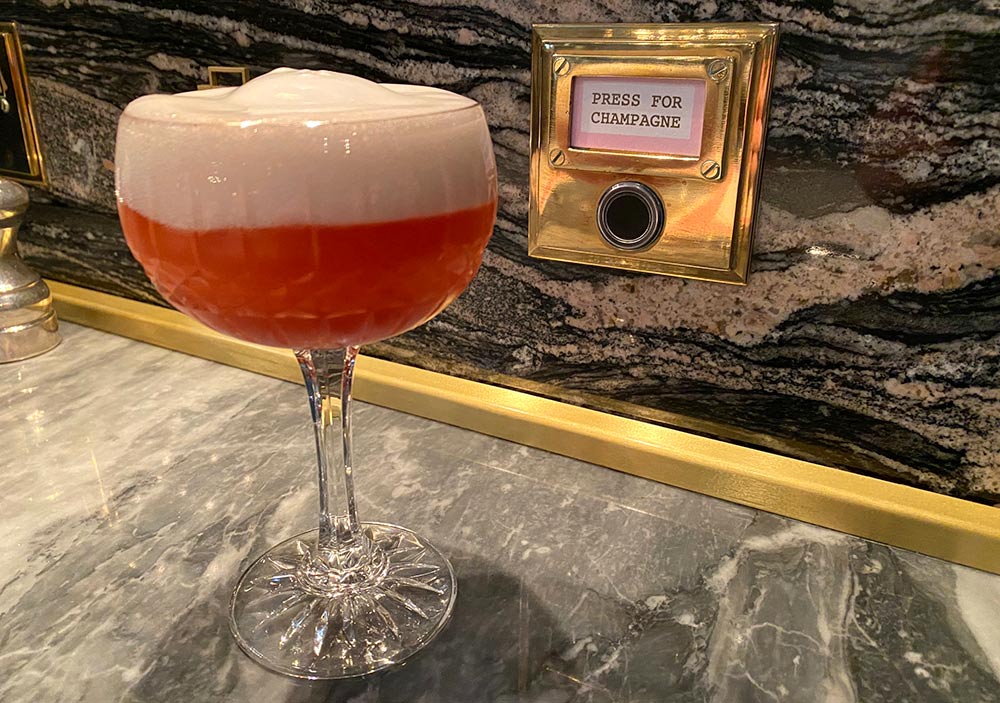 Obviously you could just go straight for glasses of Champagne, but we're told that the Press for Champagne also works for bellinis. For this hour you'll be wanting the Strawberry and Peach bellini with crushed white peach and Champagne foam. It's a frothy delight of a drink (£14).

After that, you have a choice of six waffles. Three are plain waffles with toppings and three are truffle waffles. You'll get a hit of that truffle the minute you walk in the door. We were told that after a while, the smell of truffle is so strong in the kitchen that clear labelling is needed on the truffle and non-truffle mix because smelling them alone is not enough. Here's what we had: 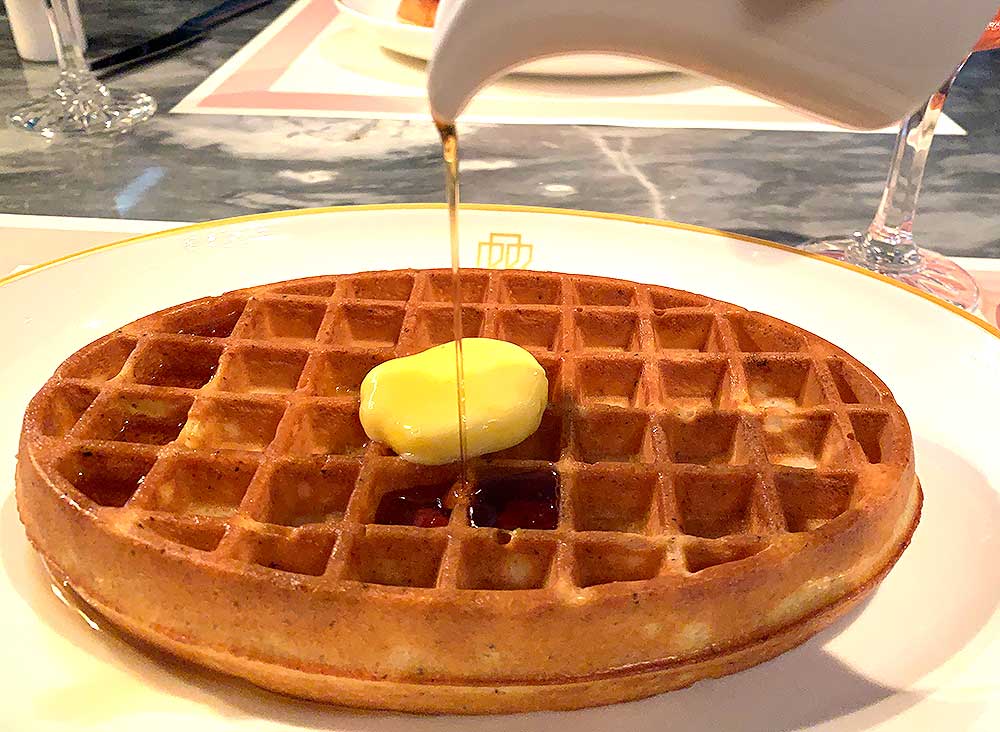 The Truffle Waffle - with Cornish salted butter and fresh truffle maple syrup (£13). We could try and tell you how deeply truffly (so, SO truffly) this was and you could look at the photo and try and imagine it. But you'd be better off coming down and ordering it instead. 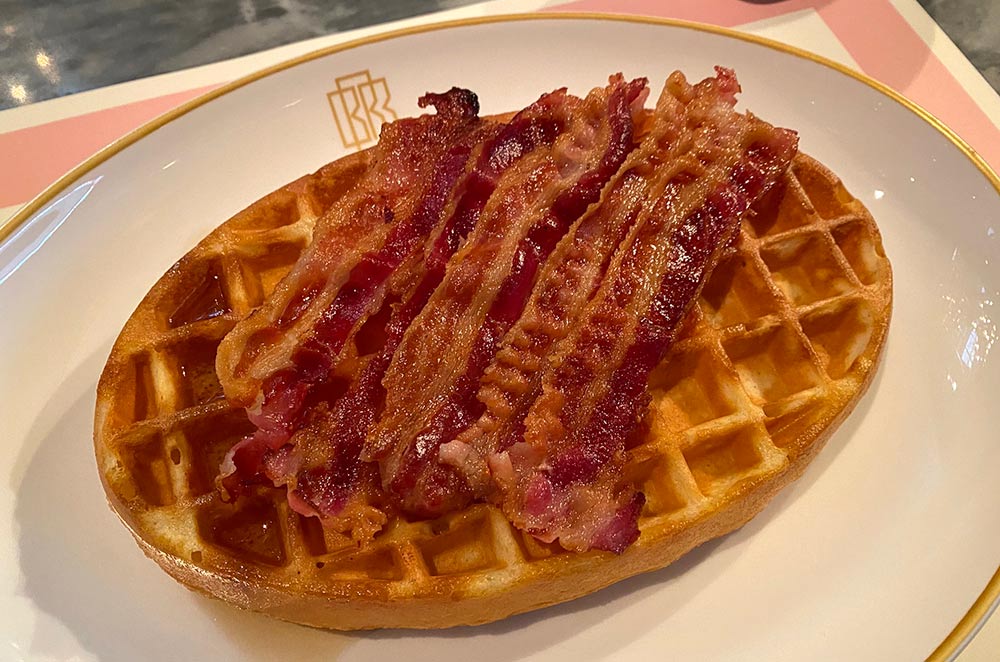 But I wanted a sweet waffle!

Don't worry, there's also a version of both the plain and truffle waffles that comes with Arctic cloudberries and Normandy creme fraiche.

In these uncertain times, it's all too easy to stay at home, curled up on the sofa in our onesies. But, if you are able to, getting dressed up and slipping into one of the booths at Bob Bob Ricard is a very welcome shot of glamour and a reminder of why we love this city so much. One of these waffles is less than a basic order on Deliveroo. I know which I'd rather have.

When? Bellini & Waffle Hour starts on 4 September 2020. It's from 11am to 12pm every Friday to Sunday inclusive

Hot Dinners ate as guests of Bob Bob Ricard. Prices are correct at the time of writing.