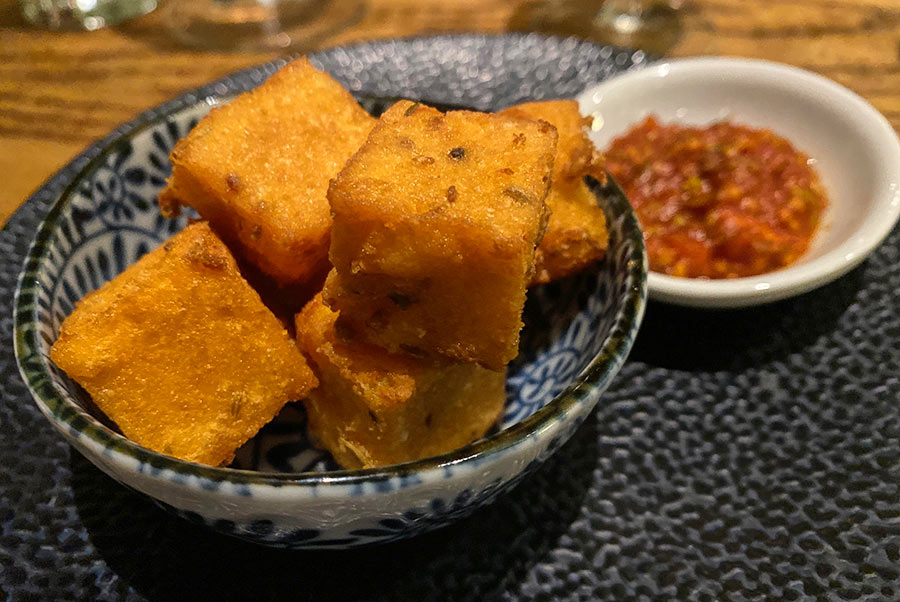 Fried cornmeal with masala (£3.50) - essentially polenta nuggets with curry sauce. Top snackage for while you're working out what to order.

What do we need to know about Volta do Mar?

This is a bit of a family affair - owner Simon Mullins (who founded the Salt Yard Group of restaurants) has gone into business with his Portuguese wife Isabel Almeida Da Silva to open this restaurant. They've taken Portuguese food as a starting point and then followed it around the world to incorporate influences from Portugal's former colonies including Brazil, Goa and Macau.

To that end, the pair have teamed up with Head chef George Tannock (ex-Fat Duck and Zuma) - Tannock was born and raised in Portugal.

You'll find it in a double-fronted Georgian townhouse in the heart of Covent Garden's theatreland, just opposite Cafe Murano. The nearest tube is Covent Garden.

Grays and Feather wine bar is just across the road or there's the martini bar at Christopher's around the corner if you're after a cocktail or two.

Any tips on where to sit?

This Grade II listed building is a veritable warren of rooms across two floors. We particularly liked our spot in one of the upstairs dinings rooms which boasted original Georgian panelling.

So what kind of menu should we expect?

We went early days, during the soft launch when things were still bedding in, but loosely the menu's split into snacks, small plates, large plates and sides.

The best of what we had were: 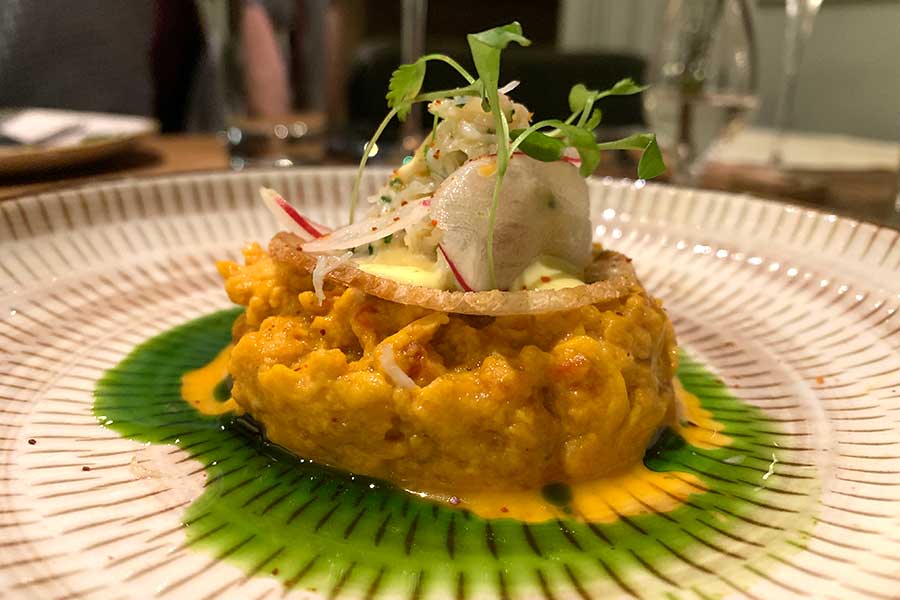 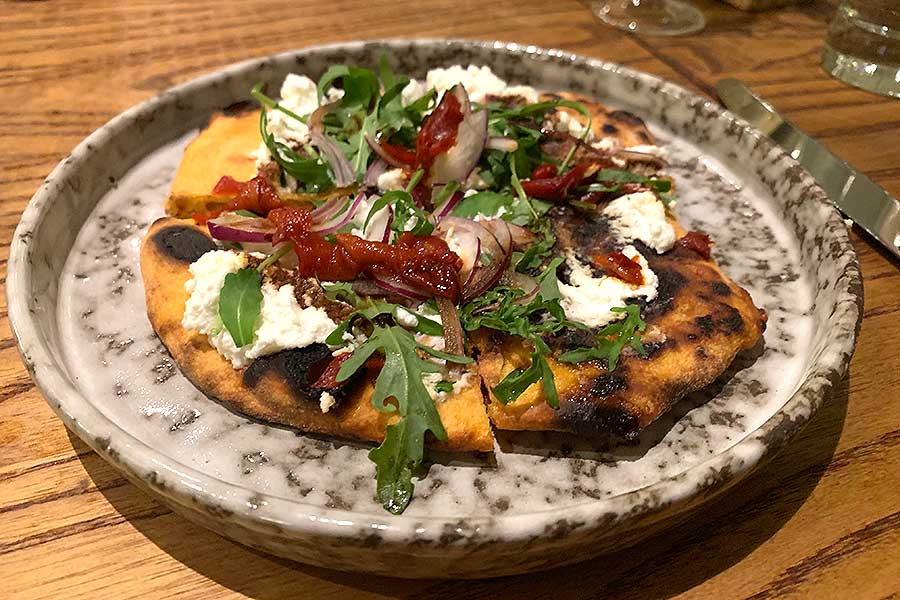 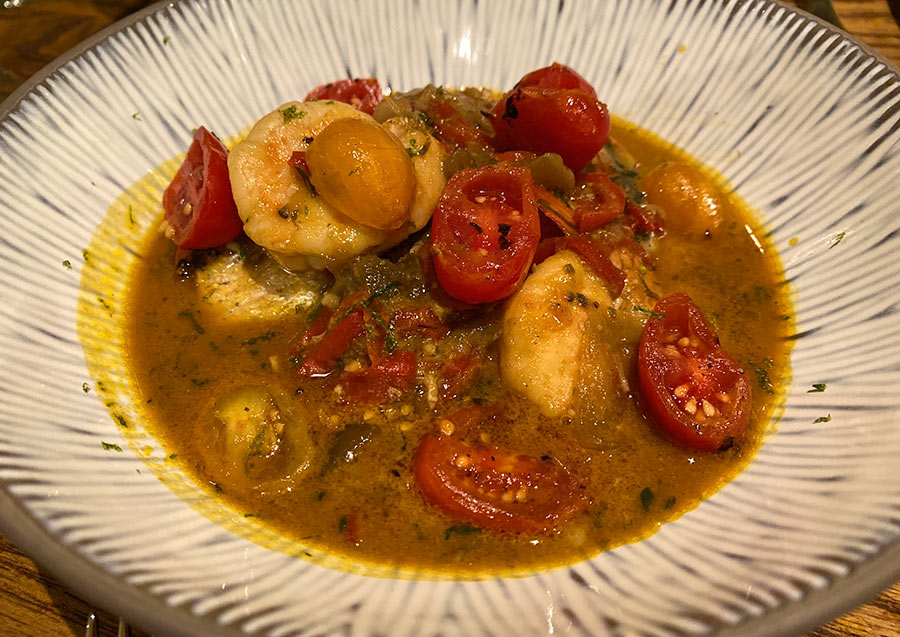 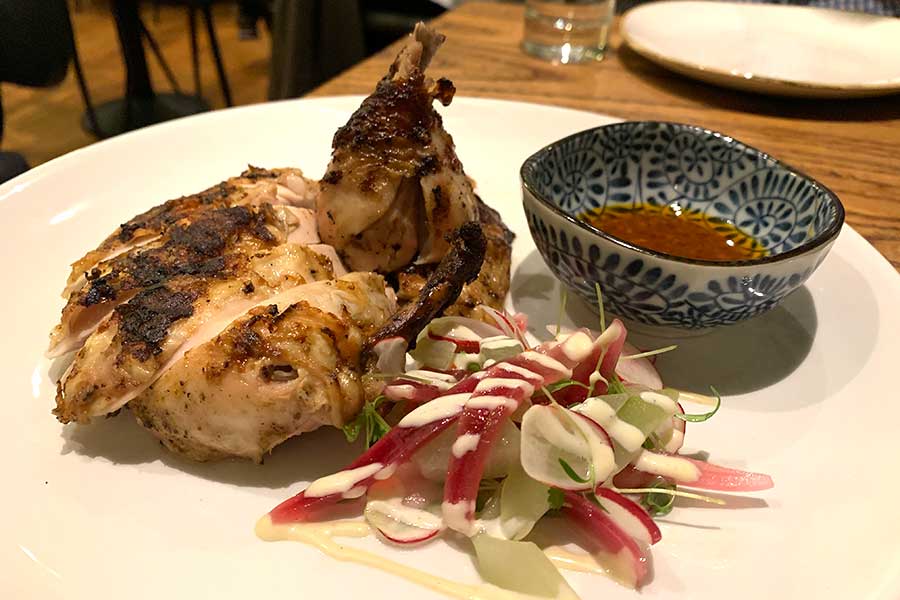 Moçambiquepiri piri chicken (£14) - because you don't want to stick to Nando's all your life, do you? Warning: the accompanying pot of sauce has a serious kick to it.

They do pretty well here. The snacks section has a standalone vegan section with options like delica pumpkin with coconut relish and jump water-pickled okra. We also really enjoyed this dish: 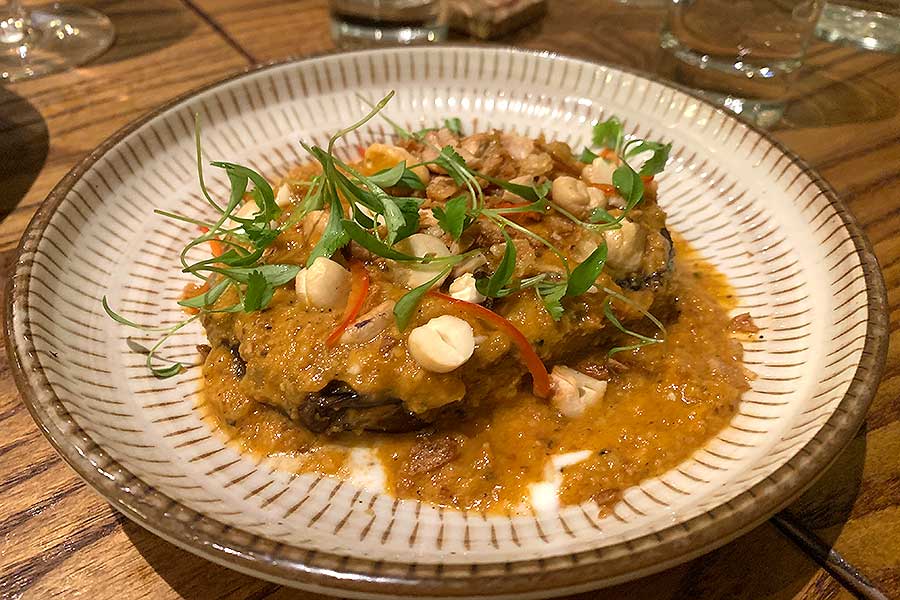 Aubergine Goan curry with cashew yoghurt - we're still to encounter an aubergine dish we don't like. This might disappoint someone looking for a stronger hit of curry, but we enjoyed its mildness.

The wine list isn't wholly Portuguese but it is heavily so. Rather than flail our way through it trying to come up with something we asked owner Simon for a recommendation and his pick of Pedra Cancela Reserva  from the Dão region was delicious (£42).

Wines by the glass start at £6 for an unoaked white from Douro and the list concentrates mainly in the £30-£40 bracket.

We're always up for trying new dishes. The Portuguese food scene is coming into its own here in London and even less so when you factor in the country's colonial gastronomic links. So this is a genuinely interesting restaurant hoping to introduce Londoners to something new and exciting.

More about Volta do Mar