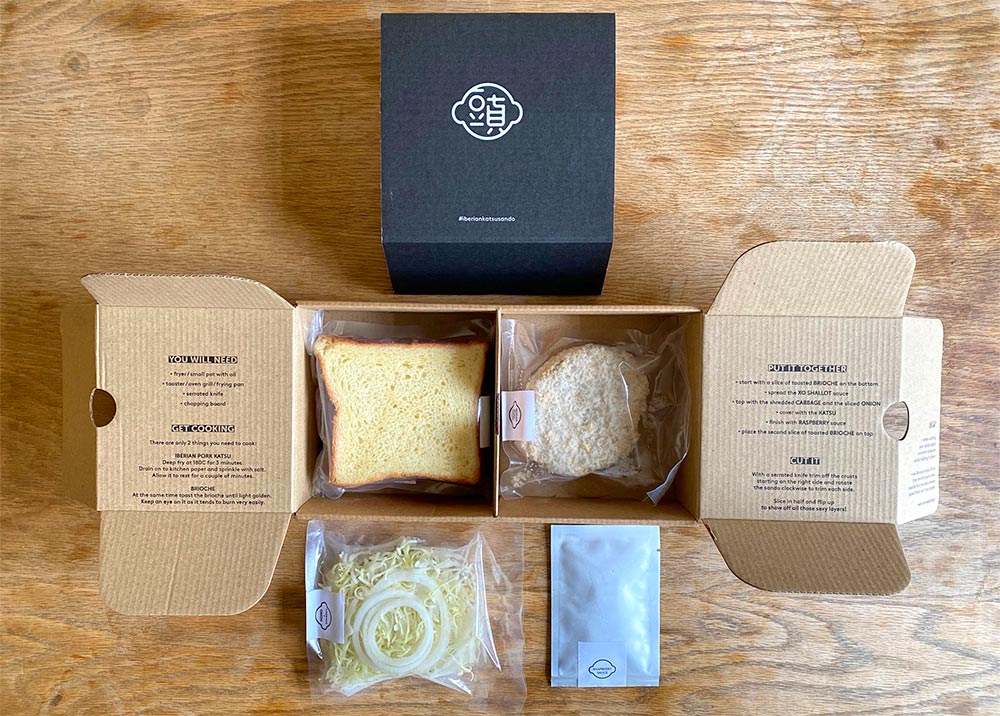 Here's everything that comes in the beautifully designed package. It is extremely satisfying opening this.

So this is a kit to create a sandwich?

Yes, but not any old sandwich. The Iberian Katsu Sando created by Ta Ta Eatery, and now sold by its spin-off TOU, is revered as among the best sandwiches in town (if not THE best). And, frankly, it's not the easiest thing to create at home at all - so we're more than happy to receive a helping hand.

What's in the kit?

Nestled in what is easily one of the best-designed kits we've seen yet is pretty much everything you need. So there's the brioche bread, the pork (already breadcrumbed up), onions and slaw, XO shallot sauce and raspberry sauce. All you'll need is some oil and a pan to deep-fry that pork. And a toaster - but we're going to assume you have one of those.

And how is it all put together?

It's worth noting that the instructions are very handily all written on the box itself (you can see that in the pic above), so there's no more scrambling around to track down the instructions at the last minute.

We'll illustrate how it all works: 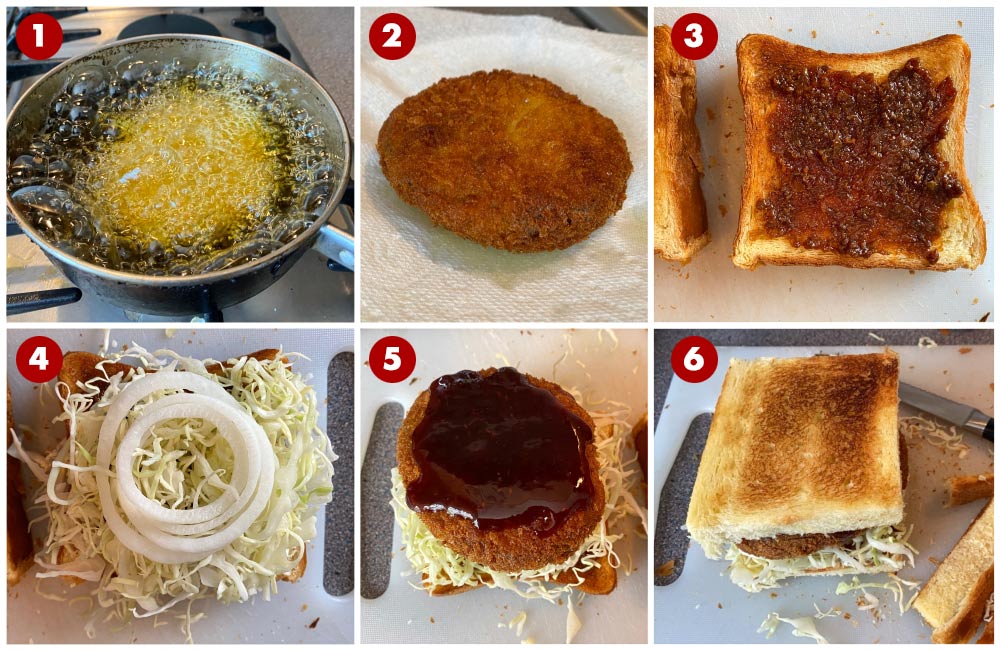 1. Heat up the oil, unwrap the breaded pork and deep fry for three minutes
2. Then put that aside on paper while you toast the bread. It says you can toast the bread while you're cooking but brioche can burn if you take your eye off it for a second - so we think do those steps separately.
3. First on the brioche - a layer of XO shallot sauce
4. Then lay the cabbage and onion on top
5. Next, the pork, and pour over the raspberry sauce.
6. And then the crucial "sando" part - carefully cut off the crusts. Slice the whole thing down the middle and... 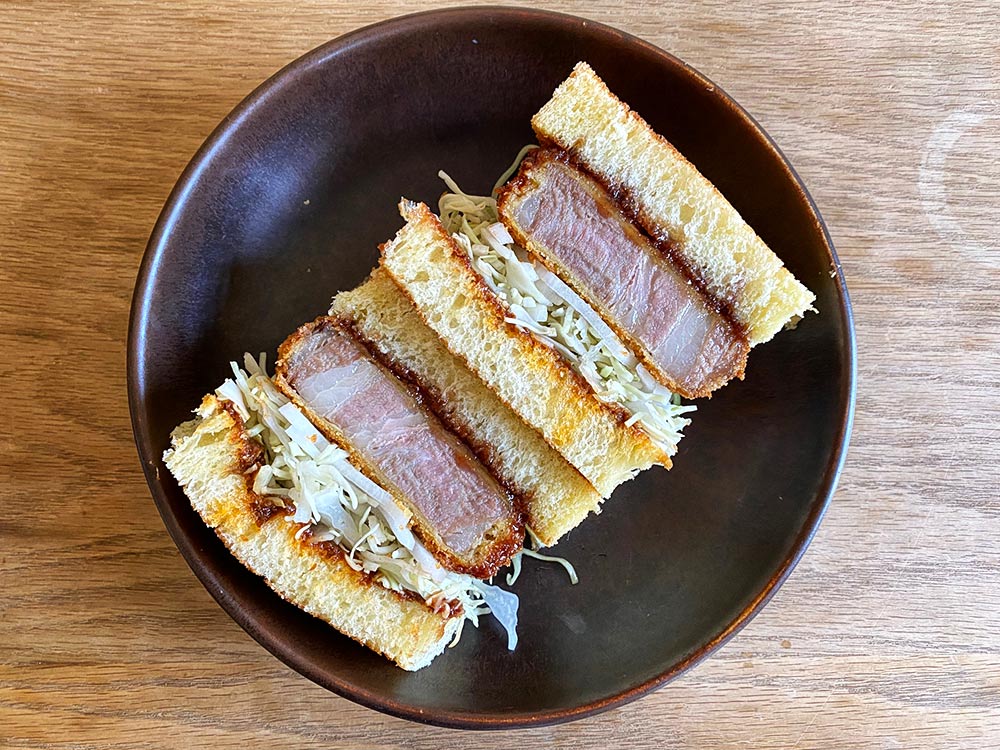 ... you have an Iberian Katsu Sando! All to yourself! Because it tastes too good to share.

As Hot Dinners readers know, we love a good meal kit and this ticks all the right boxes. It's quite simple to follow and create, yet delivers something undeniably impressive at the end, that you're unlikely to do anywhere near as well if you started from scratch. All that and the package looks so nice, it'd be the perfect gift for the foodie in your life.

So how to get one?

You can order online by DMing them on Instagram and then pick up in Soho Friday or Saturday.

And if - after all this - I want them to do the cooking?

Then head on down to the TOU pop up in Soho - running every Friday and Saturday in August. And then pick up a kit too, because you're bound to get another sando craving later.

Hot Dinners were given this kit by Tou to try out. For more kits, see our guide to DIY meal and burger kits.

When? Until the end of August 2020 on Fridays and Saturdays.

How to order the kit: DM them on Instagram and then pick up in Soho Friday or Saturday.