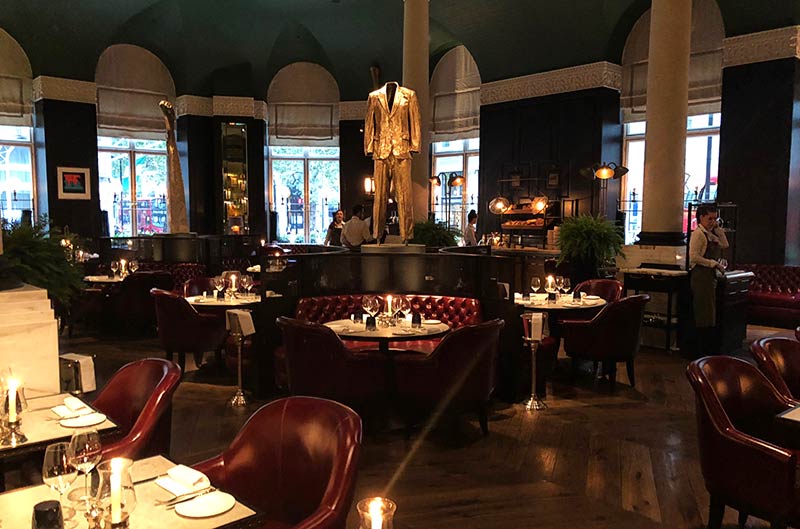 Looking into the restaurant with THAT sculpture taking centre stage...

What can you tell us about Kerridge's Bar & Grill?

Tom Kerridge may be best known for his TV appearances, but his crowning achievement is his pub in Marlow, The Hand And Flowers. It's one of an elite club of two Michelin-starred spots in the UK and the first pub to be awarded two-star status. While Kerridge does have another couple of places in Marlow, he's been on the lookout for a place to call his own in London for a while. And he's settled on opulent Corinthia hotel in Whitehall for Kerridge's Bar & Grill.

And where exactly is that?

It's a few minutes walk from Trafalgar Square, and easiest to get to from Embankment station. There's a separate entrance on Northumberland Avenue, but we think it's also worth checking out the main hotel lobby while you're there - it's pretty impressive.

If you're familiar with the hotel, Tom's restaurant has taken over the space that was once held by Massimo. It's an undeniably impressive room, given a pretty stunning makeover. It's now both less stark and more striking - the new bottle green ceiling really helps.

There's a pretty sizeable bar as part of Kerridge's, so that's definitely an option. In fact, we actually returned to work our way through their bar snacks list (all in the name of research). You can check out our run-down over here (hint - the sausage roll may be worth ordering as a pre-dinner snack). 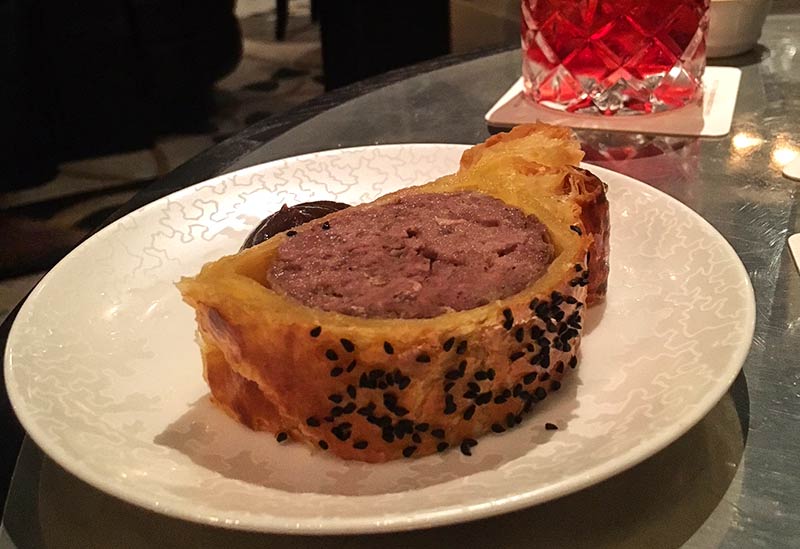 The venison sausage roll with date ketchup (£7) one of MANY bar snacks we tried.

But we'd also recommend the Bassoon Bar, also in the hotel. That's recently been taken over by the people behind Sager and Wilde. We put a couple of their cocktails to the test and think you should too. Plus it's a lovely room - who doesn't like a bar that has a built-in grand piano at one end?

Back to Kerridge's, where should we sit?

It's a room very much geared up for larger groups so, if you can, go along in a group of four and grab one of the banquettes.

And what kind of food is it?

While there are hints towards Kerridge's pub background (more so in the bar snacks) this is a menu that can best be described as upmarket bistro style. So there's a fair bit of rich food on offer, as well as some dishes with very luxe touches.

We first visited on a launch night and managed to work our way through a fair chunk of the menu - here's what we had: 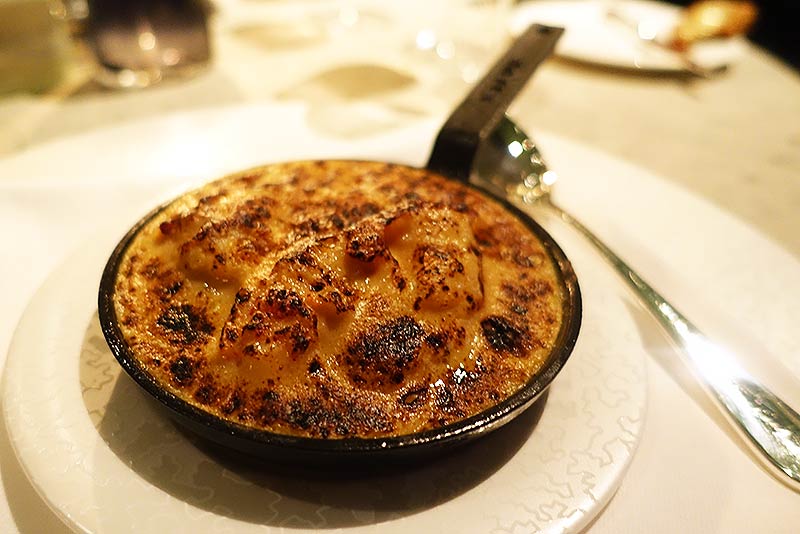 The glazed lobster thermidor omelette - already one of the most Instagrammed dishes on the menu. It's a fantastic piece of work, not as rich as we were expecting it to be - but you still might want to share this as a starter. And at £29.50 it's also the most expensive thing on the menu (but still worth a splurge). 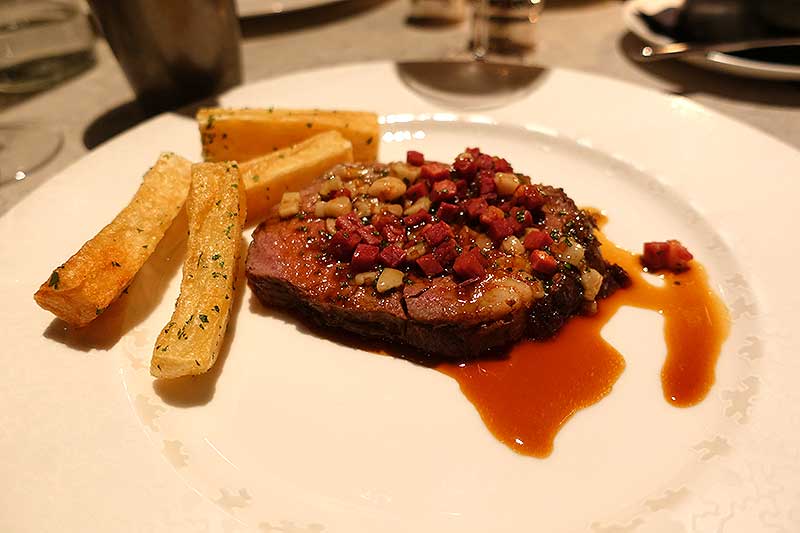 The rib of beef studded with bacon and bone marrow in a bone marrow sauce - but you might think at £36 this was a pretty small serving. The chips were great, mind. 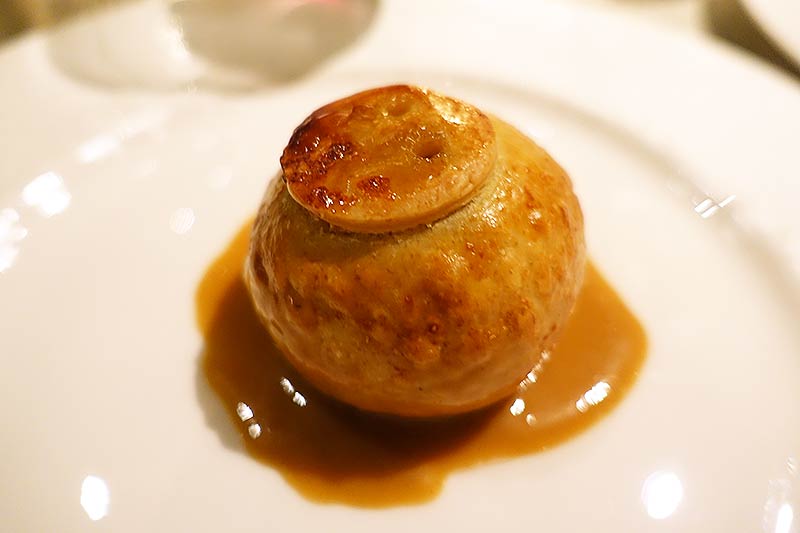 The pig's cheek pie with devilled sauce - and on the side raw cream mash and crispy black pudding (£21.50). Another one of the winners of the night. The pie is on the small side (and dwarfed by the plate) but packed with piggy flavour - the snout on top being a nice touch. 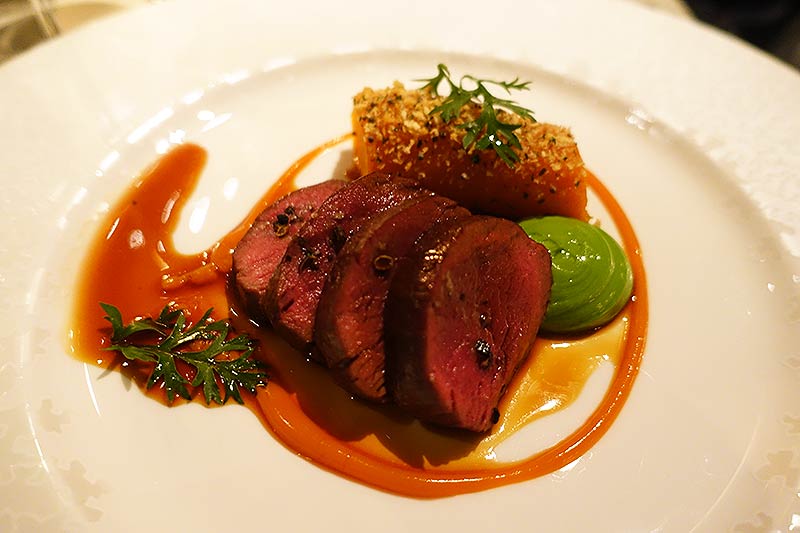 The loin of venison with "hand and Flowers" carrot, parsley emulsion and black pepper cottage pie (£32.50). Also highly recommended - with an opportunity to try a Hand and Flowers signature. And the mini cottage pie on the side was bloody wonderful too.

And how about vegetarians?

Looking at the main menu, you'd be forgiven for thinking that there wasn't that much for the non-meat-eaters. However, there is a completely separate vegetarian menu. We have to say that we'd prefer if these dishes were incorporated into the main menu - as many people like a bit of mixing and matching.

That said - this was our dish of the night... 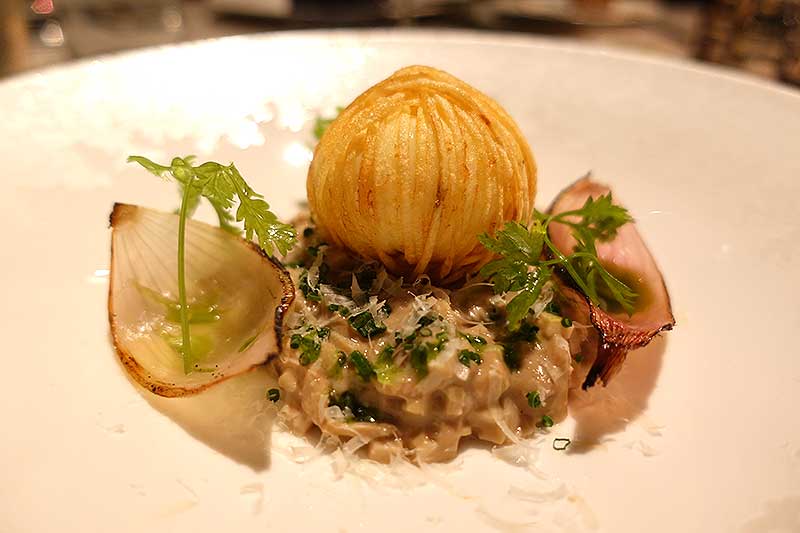 Named after two of Kerridge's chef mates, Claude [Bosi]'s mushroom 'risotto' and Daniel [Clifford]'s crispy egg and aged Parmesan. No rice was harmed in the making of the risotto which also appears on the menu at The Coach. The crispy egg you'll also find at Clifford's Midsummer House.

Yes, it's well worth holding some space back for dessert... 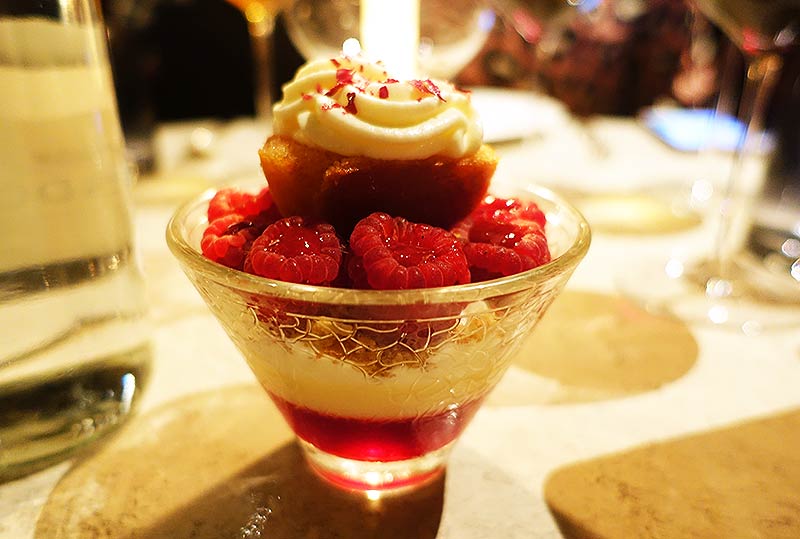 Yes, we love a trifle. This is Scottish raspberry and rose geranium trifle with white chocolate, gin baba and salted oats (£11.50). 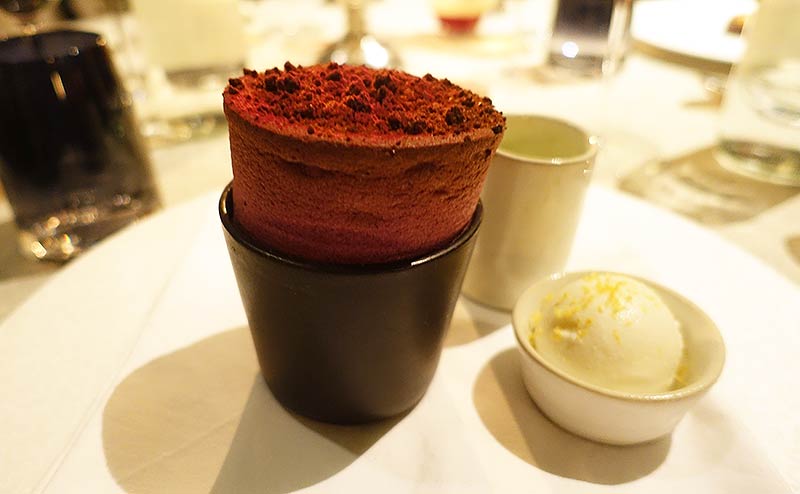 Blackcurrant souffle with ginger perkin crumb, blackcurrant leaf cream and lemon sherbert (£11.50). Obviously, a souffle dish is always going to come top when it comes to desserts. Almost without fail, a restaurant will do a better job than you ever could - and this is absolutely the case here. 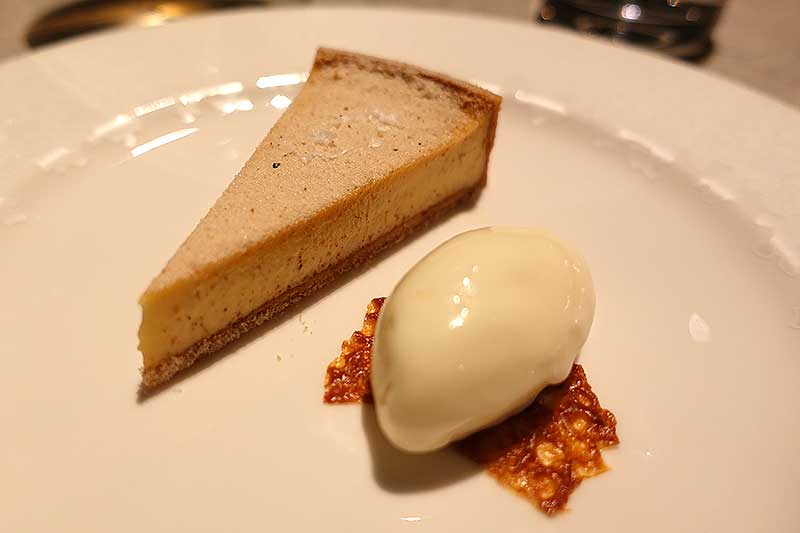 How about if we're on a budget?

As with any large restaurant opening in the centre of town, if the prices above are looking a little on the high side - then why not try a mid-week set lunch? That's £24 for two courses and £29.50 for three - which includes dishes like "Truffled Baked Egg with Charlotte Potato, Ogleshield Fondue" and "Whole Stuffed Rotisserie Quail with Glazed English Onion and Bread Sauce".

There's a sizeable wine list and although glasses are served at 125ml (which is an odd choice for a hotel), carafes are available too. The entry prices are around £6 a glass, £18 a carafe (Stellenbosch Petit Chenin Blanc by Ken Forrester) with an entry-level bottle at £27. For something more interesting, you're looking at the high £30s to £50s price point (and plenty in the £100s if you're pushing the boat out)

Unquestionably one of the big openings of the year in London; finally the beautiful dining room at the Corinthia is matched with a chef big enough to create a real buzz here. A top place to come and enjoy really good British food in the centre of London.

Hot Dinners were invited to Kerridge's, and we ate on our first visit at a press dinner. Prices are correct at the time of writing.