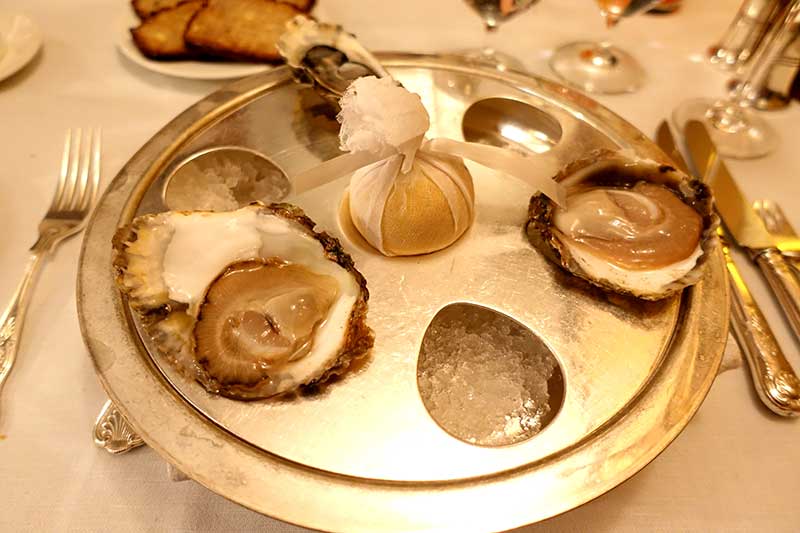 A selection of British oysters

So what do we need to know about Wilton's?

Other than the fact that it lays claim to being London's oldest restaurant? Originally starting life as a shellfish stall on Haymarket, this classic London restaurant is this year celebrating its 275th birthday. That makes it slightly younger than Buckingham Palace but older than Blackfriars Bridge.

Well now it's on Jermyn Street, just round the corner from Fortnums, but it's also been on Duke Street and Bury Street among others during its long history.

How about a good place to meet friends for a drink first?

You could always pop down a few doors to Franco's for a glass of rose, or maybe head for a pint at The Red Lion on nearby Duke of York Street. That's only 196 years old, though. 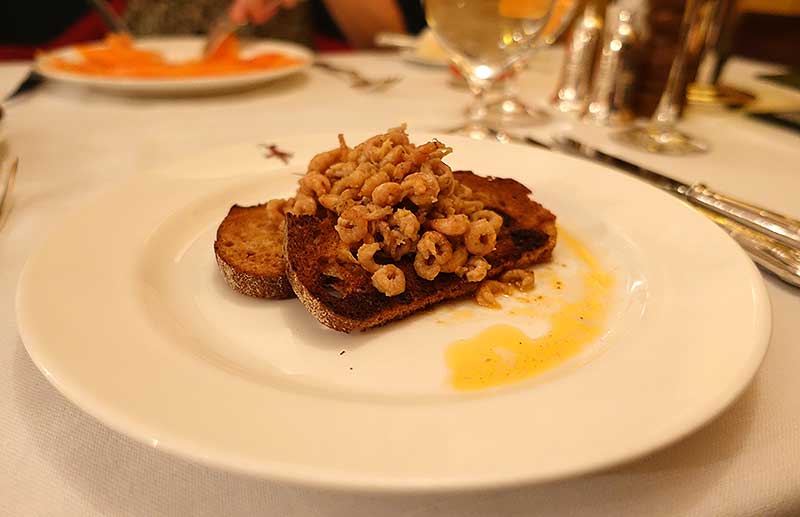 If you're dining solo, there aren't many better places to indulge in a bit of counter dining than Wiltons. If there's a group of four or less, then the booths at the back are definitely the spot to plot world domination. We were only a handful of women dining here on a Tuesday night - and one of those (not us) was an actual Lady Someone or Other.

Classic British dining - this is a menu to please, not thrill and it's all the better for it. So expect shellfish and game in season, pies, plenty of dishes served up tableside with a bit of trolley theatre and puddings that'll set you up for a week or more.

We kicked off with a mini tour of their British oysters, Kilpatrick, Jersey rock and then West Mersea natives followed by some deeply soothing warm potted shrimps on toast (£14) and a plate of new season smoked wild Scottish salmon - heart stoppingly expensive at £32 for a starter, but it was good. Of course, we could have opted for East London smoked Scottish salmon for £18.50 instead. 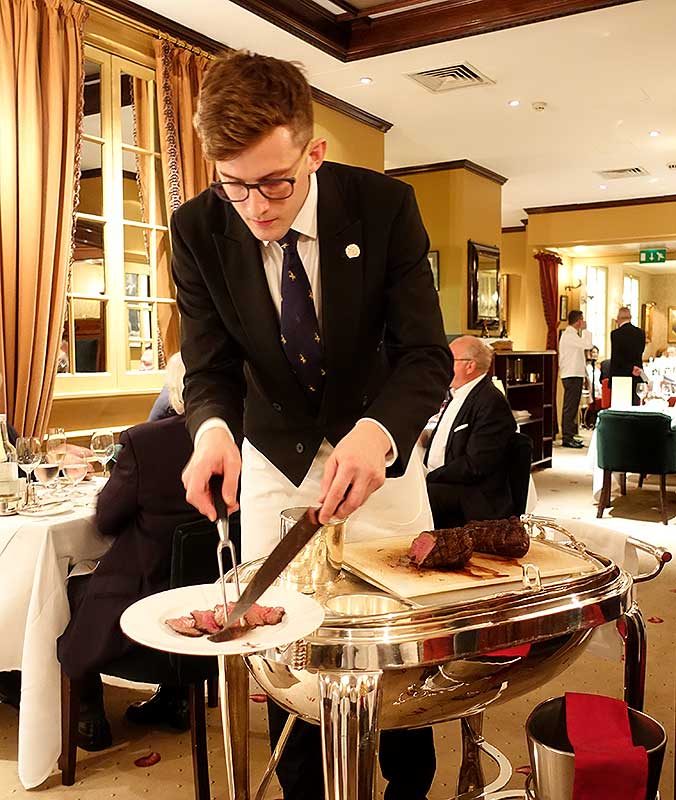 Trolley service for the chateaubriand

For mains, when grouse is on the menu at Wiltons it would be crazy not to order it. For £45 it came with all the trimmings - pate on a crouton, bread sauce, breadcrumbs and served medium rare. Given the choice to hack it off the bone ourselves or have the kitchen do all the hard work, we opted for the latter. Wanting to give the restaurant's waiters a proper try, we also ordered the chateaubriand, which was that day's special, carved tableside with a nice bit of theatrical flourish and served up with impeccable potatoes dauphinoise.

Desserts are almost all of the nursery variety - we did our utmost to finish off a really good bread and butter pudding, but it defeated us in the end which meant we never did get as far the savouries course. Next time...

As I was dining with a teenager, wines by the glass were the order of the day for me. The one I urge you to order if you're thinking of doing the same would be the JP Balland Sancerre (£12). "That Sancerre is the business," I told the sommelier when he asked how I was enjoying it. "Why else do you think I've got a case of it at home?" he replied. 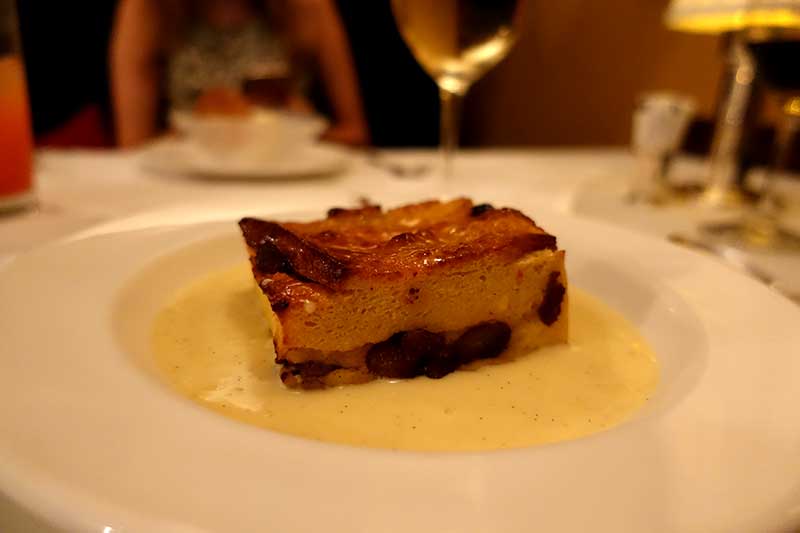 We'd been looking forward to trying Wiltons ever since reading Marina O'Loughlin's review. It took us a while to get around to it, but let's face it, Wiltons isn't going anywhere. As good a place to entertain teenagers turning 15 as it is for captains of industry to brush shoulders with old-school pop icons (Bryan Ferry was in the adjacent booth), Wiltons is really rather wonderful.

Hot Dinners were invited to Wiltons. Prices are correct at the time of writing.