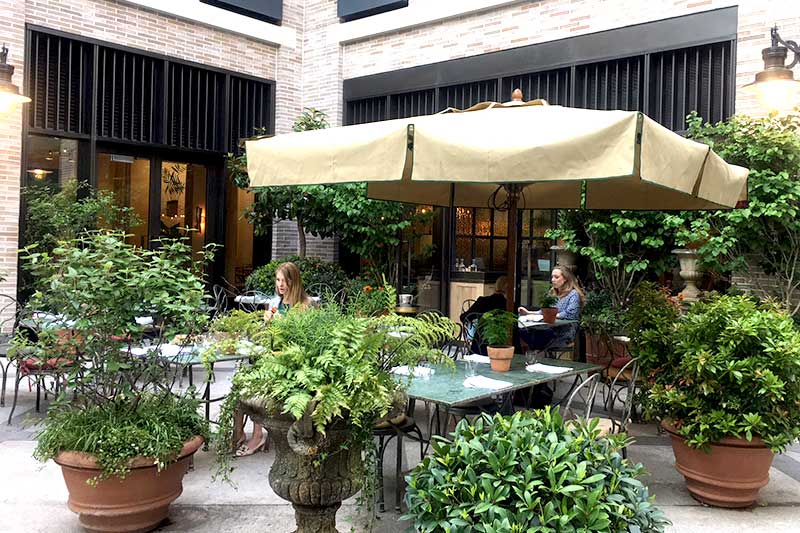 The entrance and terrace tables for The Petersham

So what do we need to know about The Petersham?

It's one of a pair of restaurants that have opened up in the ambitious new development by the Petersham Nurseries folk in the heart of Covent Garden. La Goccia is their more laid-back spot serving up grilled dishes and pizzas. Petersham is the higher end of the two.

Both restaurant entrances are in a newly opened courtyard. There are two ways into this courtyard - from Floral Street and from King Street. Both Leicester Square and Covent Garden tubes are moments away.

Well, there's Hawksmoor Seven Dials where we popped in for a cocktail but also Mr Foggs on St Martin's Lane for that too. The Lamb on Flag on nearby Rose Street is lovely but always heaving. You might as well head here really. We didn't spot that they did cocktails until the end of the meal, but the list looked really good. 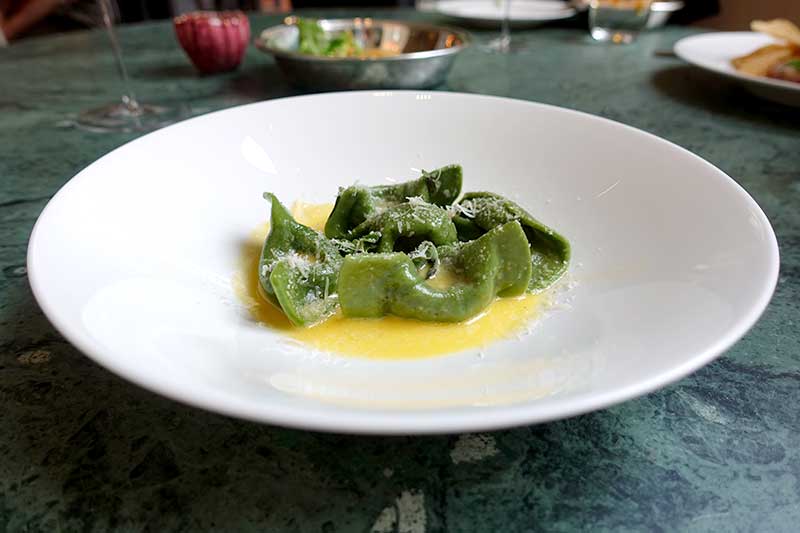 Casconcelli verde pasta with ricotta di bufala, 'the first of the season's nettles' and marjoram

They pitch it as focusing on "the finest seasonal produce, quality ingredients and Italian flavours". So our visit in early summer threw up dishes like risotto with asparagus and spring pea and courgette ragu with scamorza and datterini tomatoes. Dishes range in price from £12-£18 for a starter and £21-£32 for mains.

From our dinner, highlights were:

The above was, we thought, completely without fault and we also really enjoyed a dish of broad bean and Mayan gold potato masala with Ermes rice and coconut (£22). Although, we were a little puzzled by the kitchen omitting not to double pod the beans - they were slippery little buggers to do once all that sauce was all over them.

As for desserts, normally a beautifully made honey custard tart £9.50) would be hard to beat but a dish of Original Bean chocolate with Zisola olive oil ice-cream and honeycomb (£9) managed it. 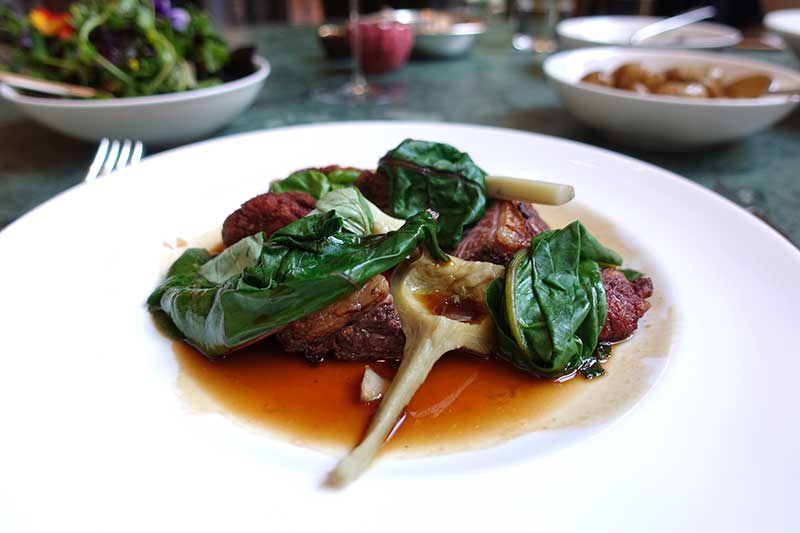 It'll be no surprise that the drinks list is as punchy as the food menu, but this may prove to be a restaurant where the odd pushing the boat out is worth it if your budget allows. We were introduced to the joys of a white pinot noir - the Impero Blanc de Noir by Fattoria Mancini. It was £95(!) but frankly so delicious we came home and immediately googled where to buy another bottle of it.

Don't come here expecting The Petersham to be a Covent Garden version of their inimitable Richmond restaurant. Instead, this is a much slicker operation but, as such, we think it'll do well. That sheltered courtyard, in particular, is going to be a dream to dine in on sunny days. And while it is possible to eat here and not take out a second mortgage, you may prefer not to be the one paying the bill. 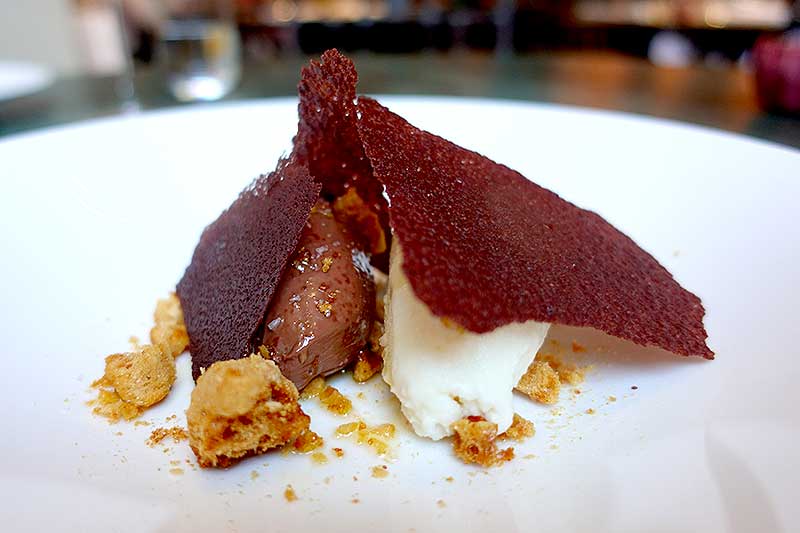 Hot Dinners dined as guests of The Petersham

More about The Petersham

How to book? Book online