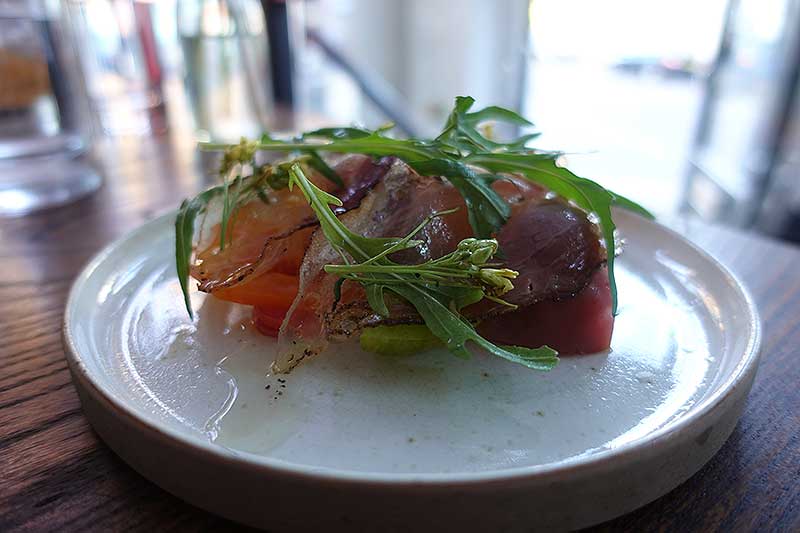 Tomatoes with guincale and wall rocket

So what do we need to know about The Mountgrove Bothy

This neighbourhood wine bar and restaurant doesn't look particularly prepossessing from the outside, but the folk running the show here are definitely worth keeping an eye on. It's been Set up by Gemma Murray (whose first hospitality job in London was at Marylebone bar Purl but started at the Dogs restaurants in Edinburgh) and her partner Gareth McAinsh, who's currently GM at The Laughing Heart.

It features chef Josh Dalaway in the kitchen who was Head Chef at Jackdaw in Lower Clapton and most recently worked at Sager and Wilde in Bethnal Green under Sebastian Myers.

On Mountgrove Road, just off Blackstock Road. It's equidistant from both Finsbury Park and Arsenal tube stations.

With a wine list this good (Gareth has 20 years of experience working with everyone from Gerrard Basset OBE to Alan Murchinson) we'd obviously say start your evening here, but if you're looking for somewhere else to meet, then Finks Salt & Sweet on the same road is great as is Zelman Drinks up at Finsbury Park station.

If it's a hot night, then in the back of the dining room by the open window's probably a good idea, but we liked our table just inside the door where we could also do a little people watching. 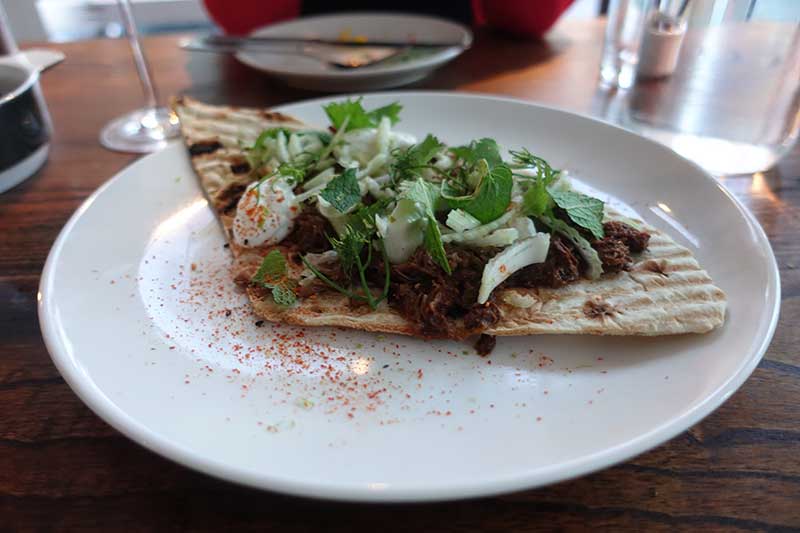 The weekly-changing menu features a variety of small plates. There's usually good sourdough and a particularly punchy single estate olive oil and then a series of savoury and sweet dishes ranging in price from £4 to £8.

On the Saturday night we turned up (when the place was packed to the rafters) dishes that stood out for us included:

A dessert dish of sweetcorn passionfruit and shiso turned out to be a marmite dish which divided us, but we both loved the strawberries with yoghurt and wild fennel (£5). 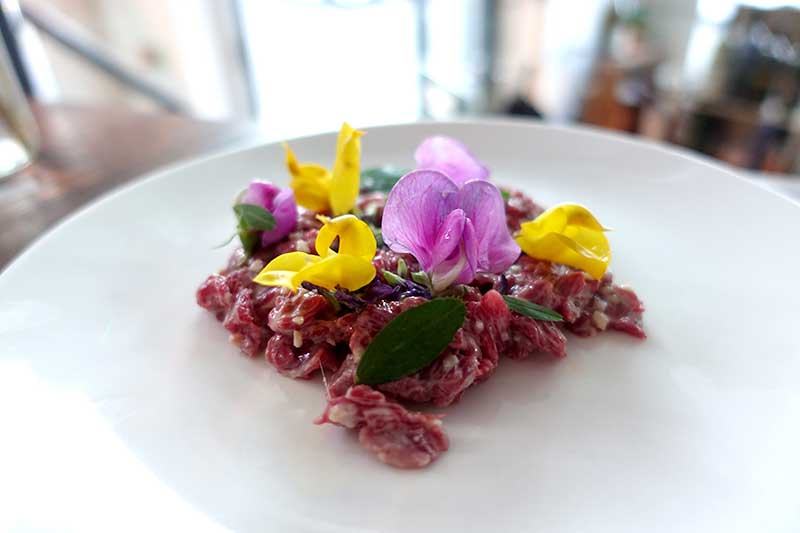 There's a short cocktail list - our gimlet and old fashioned were both very well made. But it's the wine that's the big draw here. You can enjoy a glass of as little as £4.50 and bottles range from £18 to £87 for a 2003 Chateau Cissac Medoc. It's predominantly, but not extensively natural. 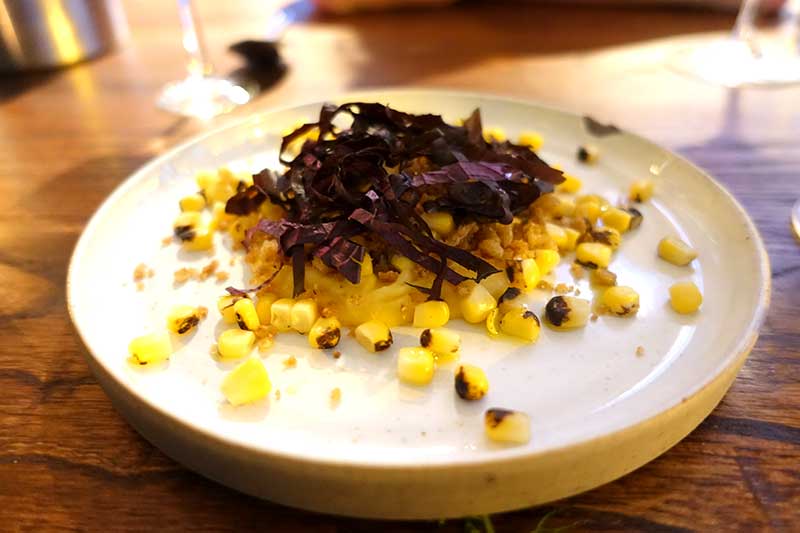 Sweetcorn with passionfruit and shiso

This is a neighbourhood joint which definitely punches above its weight. The folk running it are young and enthusiastic but also bring a wealth of experience to their endeavour. You'd be lucky to have it in your area - and if you're in North London we'd say it's worth travelling to.

The Mountgrove Road Bothy is at 90 Mountgrove Rd, London N5 2LT. Opening hours are currently Thursday to Saturday 6pm till late and Sunday 2pm to late. There are plans to extend this soon to a Wednesday opening.

Hot Dinners were invited to The Mountgrove Bothy. Prices were correct at the time of writing.