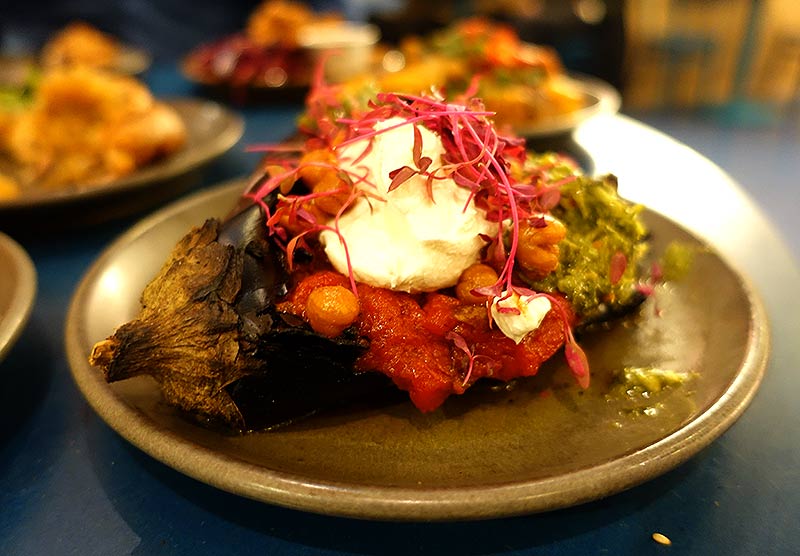 What can you tell us about The Good Egg?

It's actually the second Good Egg, following the original in Stoke Newington. They had originally been a pop-up before settling down in that location after a successful crowdfunding. This second Soho site also came to fruition with the help of crowdfunding. As for the food, expect Middle Eastern influences and a big focus on brunch.

It's in Kingly Court in Carnaby, on the ground floor, right next to Wright Brothers - so that's about five minutes walk from Oxford Circus. 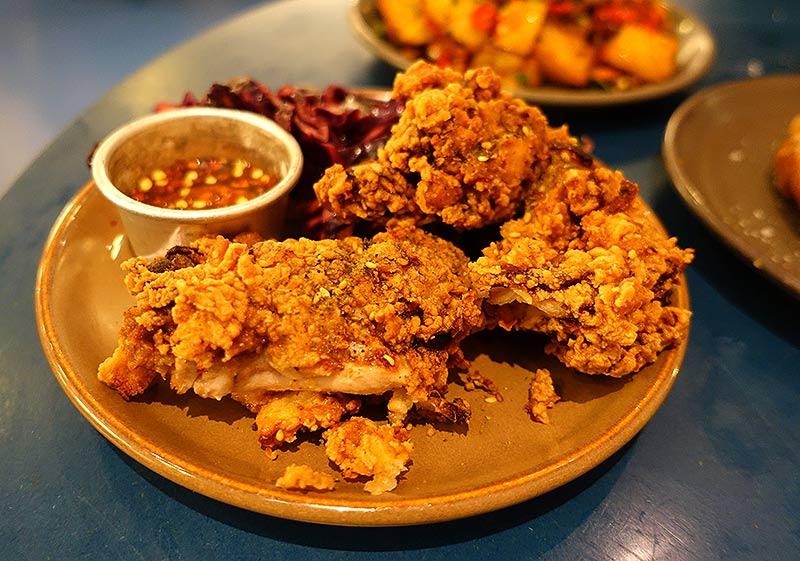 You could do what we did and pop into Wright Brothers for a quick glass of wine which couldn't be any closer (it's a very useful pit-stop for anything in the Carnaby area).

The restaurant is very much a place of two halves. As you walk in, the right-hand section is where the more traditional seating space is. It's a bit darker in the evenings but looks to have the most convivial atmosphere. We'd say this is the place to head for. The left-hand space is more opened up, with a large table for groups as well as some high-top tables if you're just popping in for a snack. 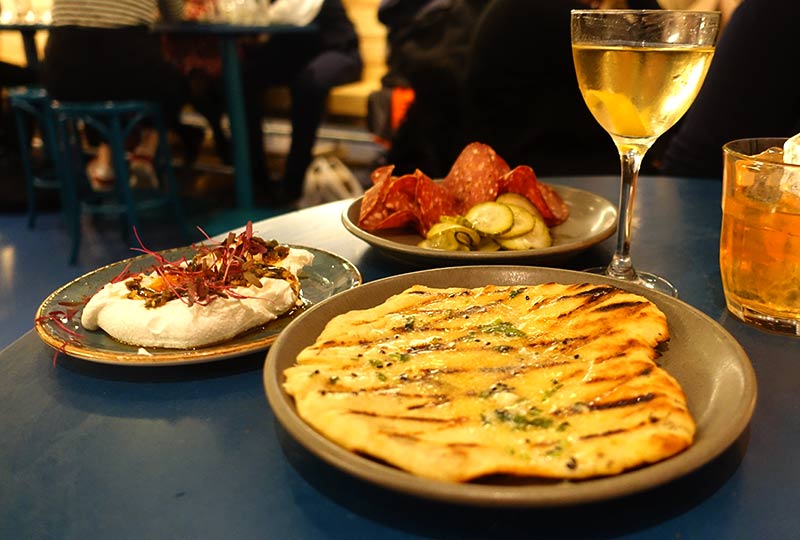 The flatbread, labneh and chorizo

Depending on the time of day, you're going to be met with a considerably different menu. During the day, there's a much bigger focus on brunch dishes, and you'll be able to get your hands on their legendary chocolate babka. That wasn't available in the evening - but we have tried it before and it really is very good. So if you're passing by in the afternoon, it's worth thinking of popping in for a babka fix.

We visited during the evening, to see what they had to offer for dinner. We'll admit that after looking at the lunch and brunch menu, it's perhaps a more enticing option - but there are still dishes to recommend during the evening:

It really IS a shame at the lack of babka (it really should stay on the menu) but the chocolate bark with salted tahini and sour cherry is perfect after a big meal and easy to share. 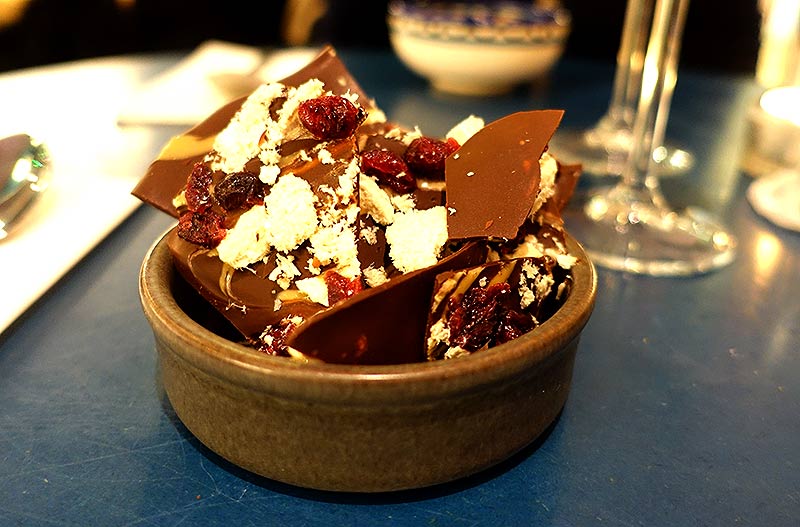 There's a good-sized cocktail list which we'd definitely recommend hitting - the bone marrow bourbon old fashioned is worth trying - and all come at £8. As for the wine, prices start at a rather punchy £28 for a bottle of red Cote de Rhone grenache.

There's nothing quite like The Good Egg in Kingly Court, which has slowly become an area packed with diverse restaurants. We enjoyed our meal here, but the much larger space here means that it doesn't have quite the charm of the Stoke Newington original. But we'll definitely be back for brunch. And more of the babka.

Hot Dinners were invited to the Good Egg. Prices are correct at the time of writing.

More about The Good Egg