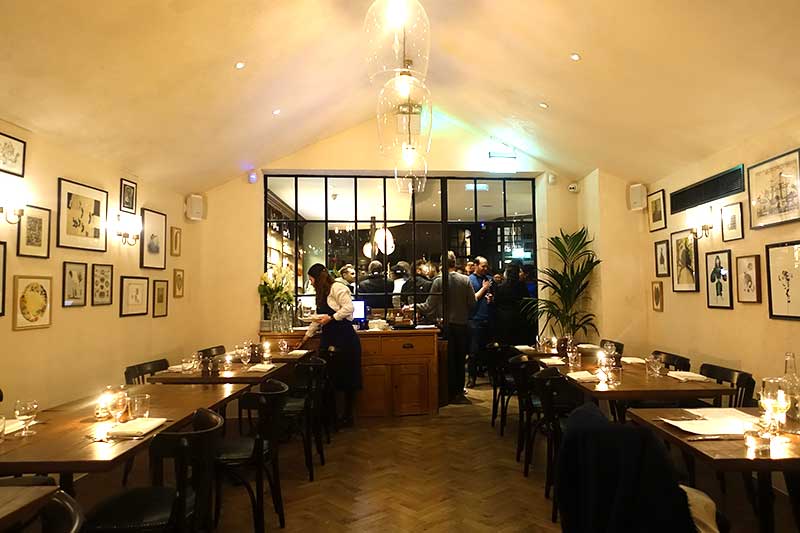 The downstairs dining room at The Coach

So what do we need to know about The Coach?

Formerly known as The Coach and Horses, the pub goes back to the 18th century. Back in the day this was a spot for a bit of bear baiting - the bears were apparently kept down in the cellars. And we love the idea that when the pub was being refurbised at some point, a suitcase with the name R Turpin was found, which was presumed to have belonged to London's most famous highwayman.

It closed down in 2015 and might have ended up as luxury flats had it not been for the attention of the Holborn Leisure company which now owns this pub, the Three Cranes in EC4 and the pub formerly known as The Truscott Arms, but is now the Hero of Maida. They brought in Henry Harris to sort out the food and that brings us to the present day.

On Ray Street, just around the corner from the old Guardian Building on Farringdon Road. The nearest station is Farringdon.

Well, given that this is a pub - first and foremost - the bar here would make most sense. There's a cracking bar food selection - we couldn't resist trying the sausage rolls which are properly good. 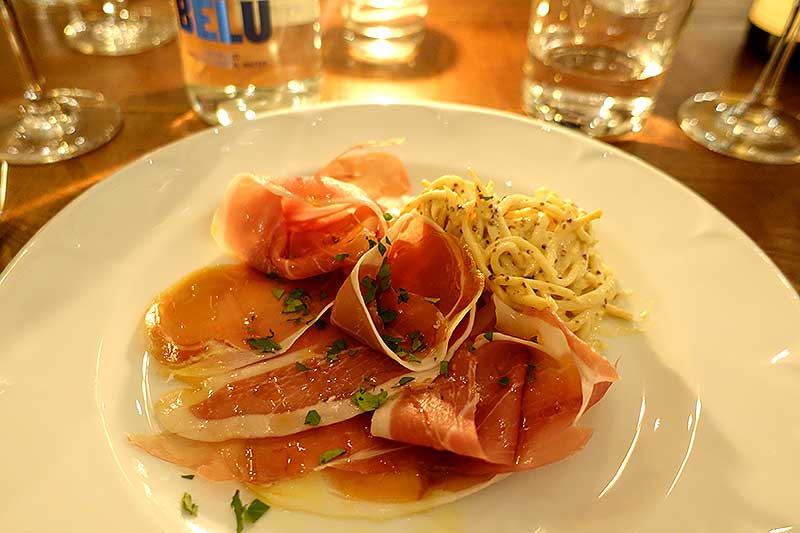 Right now, the room they're using most is the rather gorgeous downstairs dining room which leads off the bar. It's got a cracking little courtyard garden which is going to be just the place to spend a long boozy lunch come the summer. Upstairs is the tiny-bit-more-formal dining room which gets used more at the weekends at the moment and has a private dining room and a very cosy feel to it. Really this place has been done out very nicely.

Henry Harris's previous restaurant, Racine, in Knightsbridge was something of a mecca for London foodies. Food writer Tim Hayward once memorably described him as "the best French chef with the decency to be British". Here the food is described as a "blend of French and British influences". Think gastropub food through a French prism.

For starters you may want to try one of Henry's signature dishes - the steak tartare, and this is a very good one. £9.50 - or £19.50 if you want it as a main. But then the Bayonne ham with a seriously punchy celeriac remoulade (£9.50) is also great too.

For mains we chose one special - a wonderful pair of lamb cutlets served up with merguez and cabbage faggots (£19.50) and one of the dishes that already seems to be a classic here - the grilled rabbot with mustard sauce and smoked bacon (£17).

To finish, a petit pot au chocolat (£6.50) was just the business - particularly if you fancied pushing on through to the cheese plate. But the star of the show was the rhubarb meringue given a modern update with Negroni syrup (£7.50). 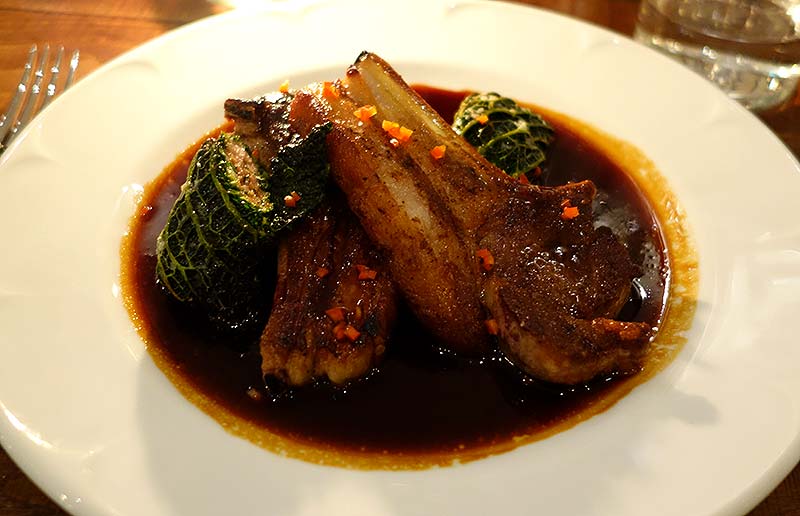 We're happy to see there's no messing around with the 125ml measures here - glasses start at £4.90 for a Fiano or Sangiovese. There's plenty in the under £30 mark but if you want to push the boat out for a £115 Mersault or £90 Barolo you can.

Finally, don't leave without a digestif - Henry's father was a importer of brandy and calvados from France - and the plum brandy here is a must.

It's great to see any London pub saved from the developers, but this is a revival its old regulars couldn't have dreamt of. An instant classic. 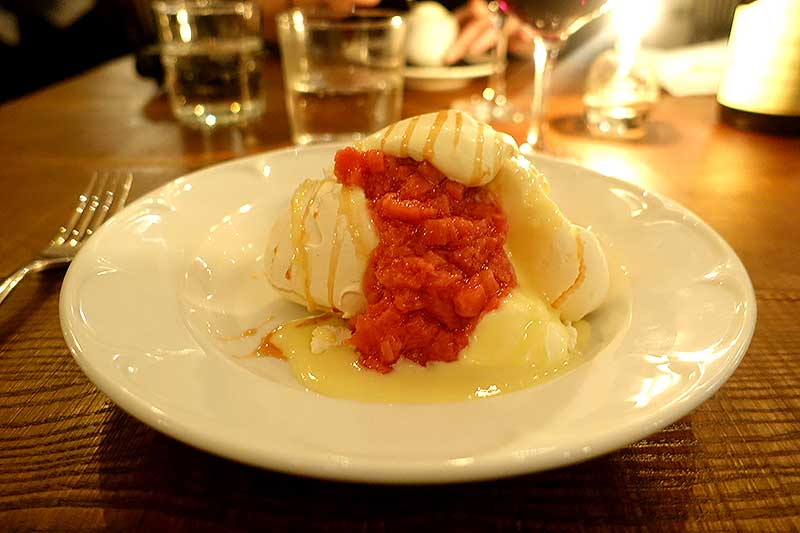 Hot Dinners were invited to The Coach. Prices are correct at the time of writing.

More about The Coach

Where is it? 26-28 Ray Street Clerkenwell London EC1R 3DJ