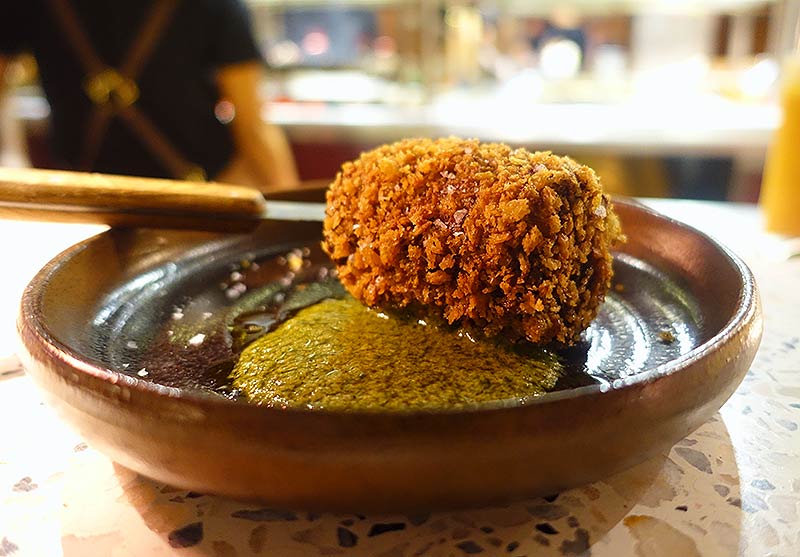 What can you tell us about Temper City?

It's the second in a series of Temper restaurants from Neil Rankin. However, this particular city version has taken a quite different route from the original, choosing to build the menu around curries from across the world.

So it's completely different from the first?

Not completely. If you've been to the Soho original and walk into the City restaurant, it will look very familiar. It has that real feel of the original Temper, with a huge central kitchen - dominated by the grills and the tandoor oven, surrounded by counter dining. 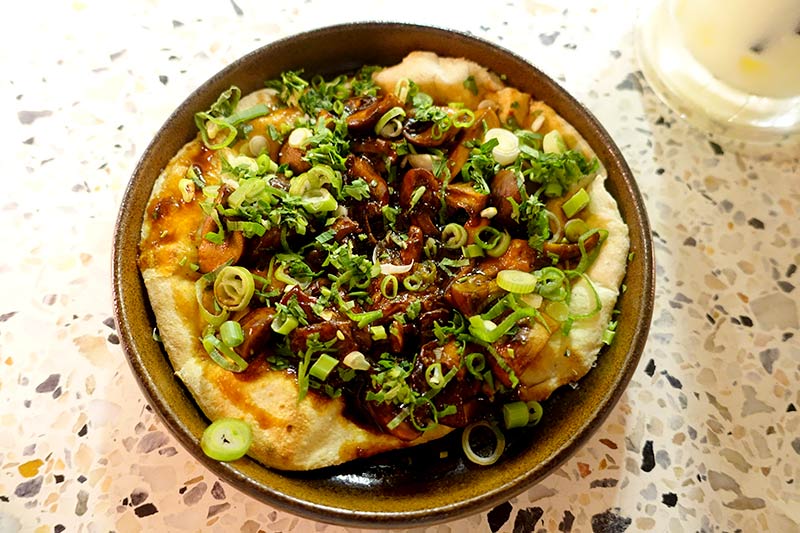 As with the original Temper, we think the best place in by the counter (although be wary of being too near the burning embers of the grill on a hot day). The grill is where you can see everything being produced - and where you'll inevitably be swayed into ordering just one more dish as you watch it being pulled together in front of you.

This being the City - a private dining area is key. And Temper's takes the form of a huge mezzanine area overlooking the main restaurant (so you'll still pick up on the main vibe of the restaurant). It has its own bar AND a wine room. So if you're looking to impress some clients, this should do the job.

And where should we meet for a drink first?

In this area of town, checking out the local boozers may be your best bet - but if you're after something other than a pint AND fancy a view, the high-rise City Social isn't far away. And, of course, The Ned is just around the corner for even more choice. 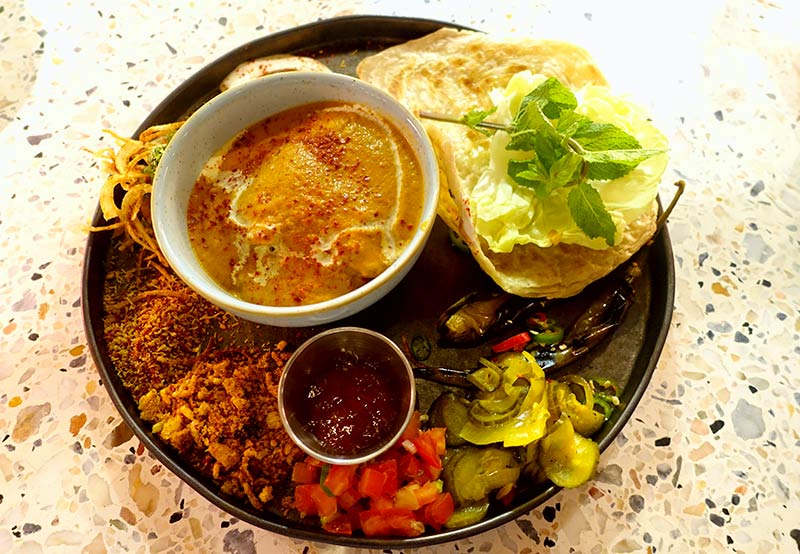 And how about the cocktails at Temper?

Whereas the focus in the original Temper was on mezcal, it's all about the gin in the City branch. So there's a huge menu of all types of gin which you can have served in one of the Spanish-influenced huge bowl-like gin and tonics. If you're kicking off with a cocktail, then we can definitely recommend the Don Colada - that's one of the few that still has mezcal, along with rum, coconut cream, cream and pineapple. It's lovely.

And onto the main event. What should we go for?

We think it's definitely worth a wander around the starters section - there are some crackers to be found there. At the least order the mutton roll (£8.50) - a huge slab of breadcrumb fried mutton - to keep you going while you choose. Everything in that section looks worth a punt, but one particular favourite for us was the black vinegar mushroom naan (£5.50). That's naan piled high with mushrooms and swimming in a vinegar that just works perfectly.

We also tried out a new dish to the menu - octopus dahl with chipotle and black vinegar. We've rarely had octopus cooked so tenderly - no chewiness in sight. One of the best dishes we ordered. 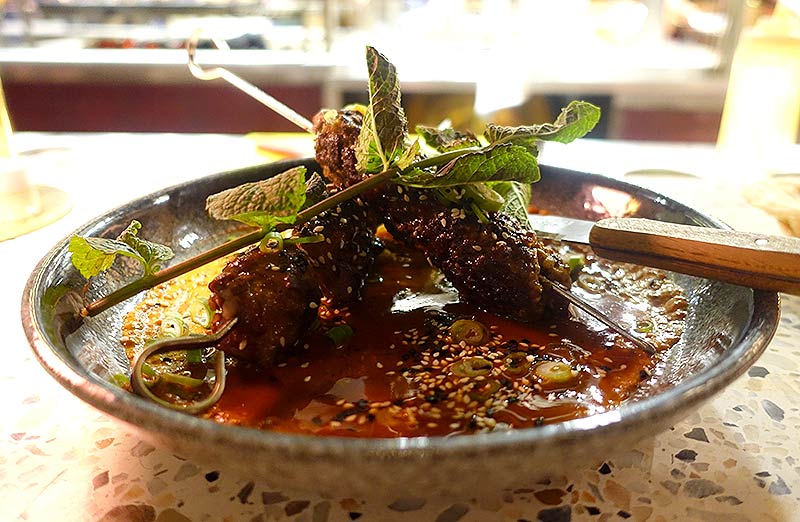 All the main curries can be served on their own or as Thali plates - which adds paratha, fries potatoes, tumeric pickles, yoghurt and more. We recommend getting at least one of these - and bolstering with more paratha as needed (which you can see being tossed on the grill in front of you if you're at the counter).

We had a pretty decent smoked duck masala (£16 as a thali) , but it was something from the grilled section which blew us away. The kimchi lamb skewers (£15) might be one of the best meat dishes we've had this year - bathed in a kimchi sauce which was astonishingly good. A must-have (although, to be fair, we rather fancied the look of the goat chop we saw being cooked too).

There are just three on offer - and of those, we'd definitely recommend the chocolate and tumeric torte with pistachio ice cream as the one to go for (£6.50), as it's just light enough to share between two. We think you should get as much of the starters and mains as you can take, and round things up with the torte. 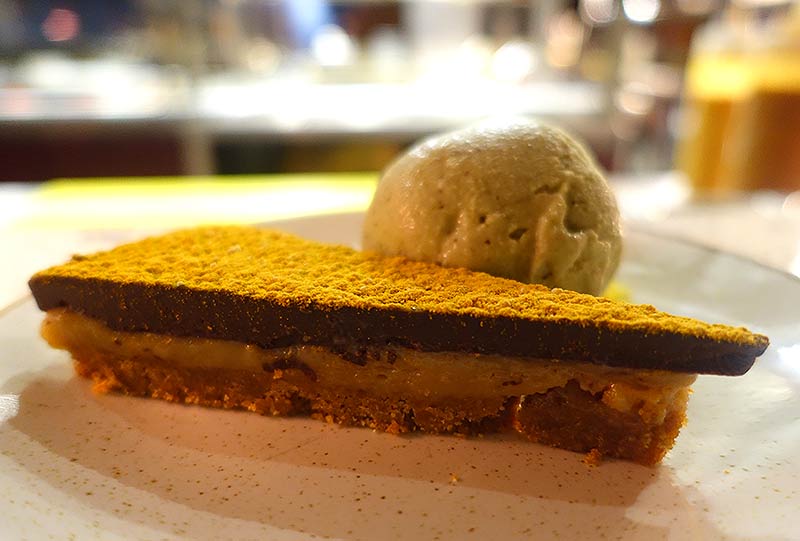 Just how spendy is the wine?

This being the City, there's plenty of wine at the high end of things (you can head to close to the £500 mark if you want) but there are also plenty of options in the lower echelons of the menu too. House wine starts at £25 a bottle, with plenty available by the carafe too.

With a successful launch like the original Temper, starting with a new menu at the second venue - opening less than a year after the first - did seem to be something of a risk. But now that we've had a chance to try the end result, it was clearly a risk worth taking. It looks like the same Temper, the same attention to the cooking and sourcing of the meat is there, but this is a whole new thing and all the better for it. If you're a fan of the original, you should definitely check it out. And if you work in the City, it should be your next place to visit.

Hot Dinners were invited to Temper. Prices are correct at the time of writing.