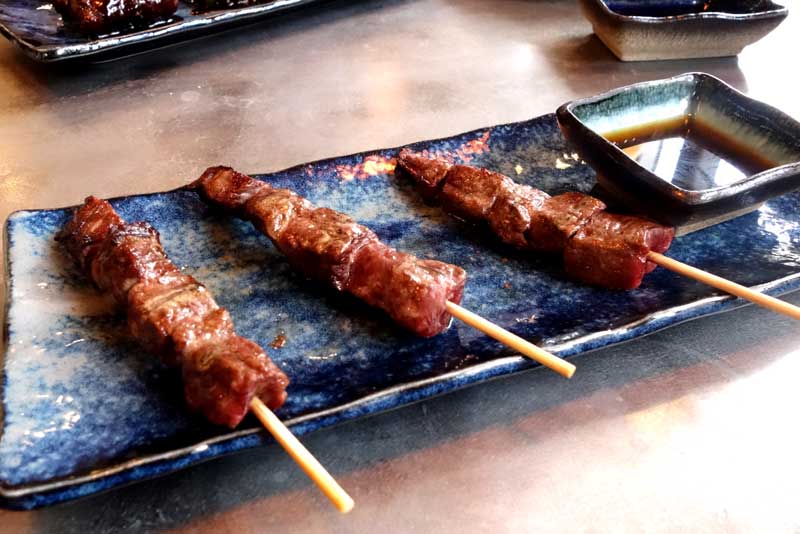 So what do we need to know about Sushi & Robata

Well, the first thing is that the people behind it know what they're doing. Chefs Tsvetan Gerganov and Masa Tanaka used to work at Feng Sushi and Koya Frith Street. The sushi spot itself has been at Whole Foods for a few years, but the folk running it - Genji - rebranded the space as Sushi & Robata this summer, reburbishing the whole space.

Up on the first floor at Whole Foods in South Kensington, taking up pride of place at the front of the store. There are beautiful floor to ceiling windows, so there is plenty of natural light.

There's a selection of banquette seating or you can perch up at the counter watching the chefs at work. 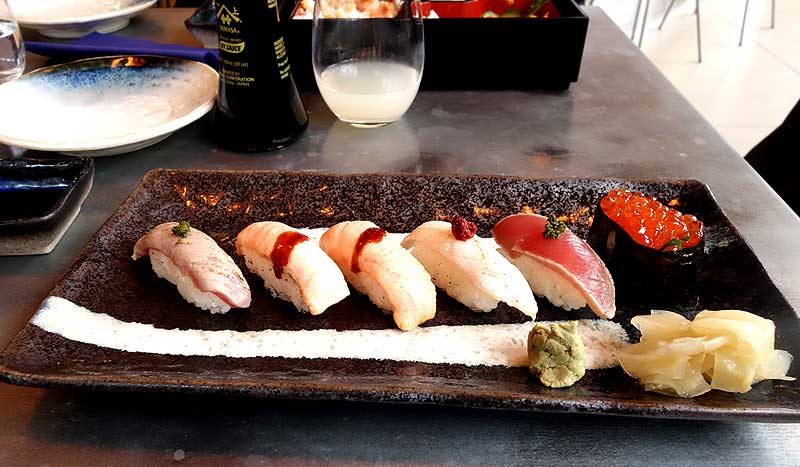 It's loosely split into yakatori, sushi platters, bento and dim sum. We kicked off with great chicken and chive gyoza (£4.75 for three) before moving on to the yakitori. Skirt steak was pretty decent, if pricey at £9.50 for two skewers compared to what you'd get at Flat Iron. We much preferred the asparagus with minced beef (£6 for three decent-sized skewers) which had beautifully tender asparagus at the heart of little patties of beef and teriyaki sauce.

There's a huge range of sushi on offer - look out for their Genji tuna crunch which was an award winner at the Rat-Japan sushi awards last year. Our Emperor set (£18) was missing the wagyu with quail egg gunkan, which was a shame, but they added another seared salmon nigiri to make up for it. The tuna tataki nigiri was the standout here and we appreciated the slender nigiri made with still warm sushi rice.

Probably our best order was the Salmon 5 Ways bento box which looked beautiful and on its own would have been a really good lunch at £13.75. It contained salmon sashimi, hot smoked salmon, salmon teriyaki, crispy salmon skin and ikura.

For our lunch we stuck to softs - green tea with a crown of Jasmine and a single globe of Amaranth £3.75 - but there was plenty of choice if we'd wanted to stray into harder territory. We spotted a Japanese rice beer from Leyton on the menu and there's a short but well-chosen selection of fragrant white wines to go with the food here, with a glass starting at just £5.50. 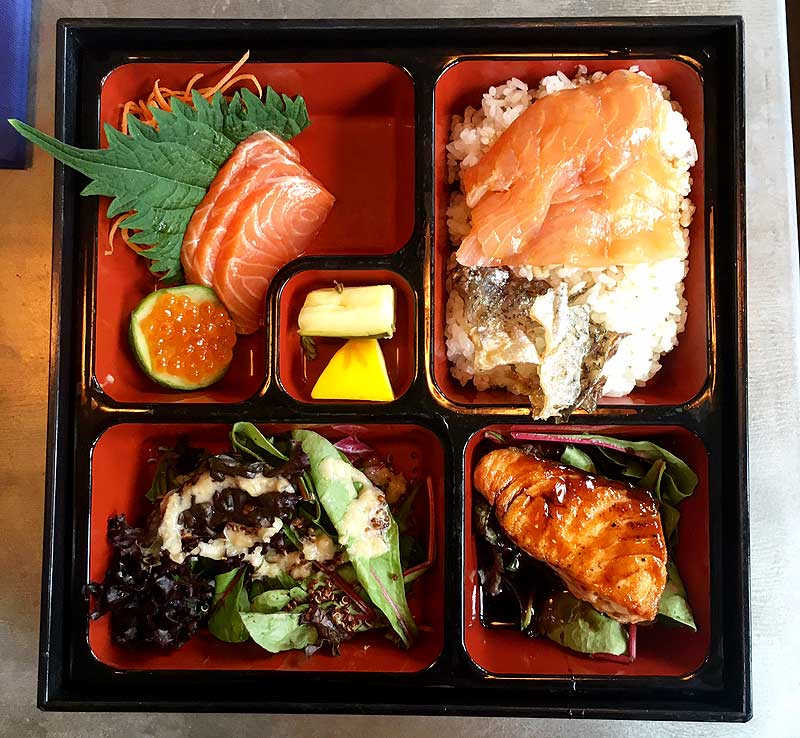 If you miss the late-lamented Bincho Yakitori, then this is a good one to put on your to-do list. If we lived in the area, we'd probably pop along regularly to work our way through the lengthy menu. Sushi and Robata is a particularly good in-store restaurant.

Sushi and Robata is at 63-97 The Barkers Building, Kensington High St, London W8 5SE. Keep up with their news on Twitter https://twitter.com/SushiRobataLDN

Hot Dinners were invited to Sushi and Robata, prices were correct at the time of writing.