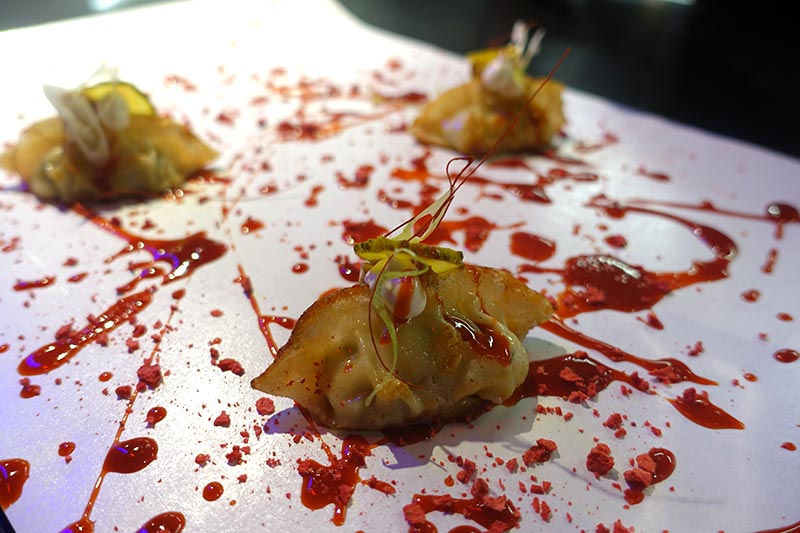 What can you tell us about StreetXO?

It comes from the multi-Michelin-starred David Munoz, who is best known for his two Madrid restaurants, DiverXO and its spin-off StreetXO. It's the first time Munoz has opened his own restaurant in London, having worked here before many years ago at Nobu and Hakkasan, and has been a very long time in the making, originally announced way back in 2014.

As for the food here - it's essentially a mix of European and Asian cuisine, with most of the dishes on show being given something of a unique twist.

And what about the place itself?

It's taken over a basement in Mayfair, a few minutes from Oxford Circus tube. Through a nondescript door you leave swanky Mayfair behind and enter into a polished-up version of an urban street scene. The restaurant is found through the bar with the main emphasis given over to a large open-planned kitchen teaming with staff who are all wearing a distinctive (and bizarre) straightjacket uniform. 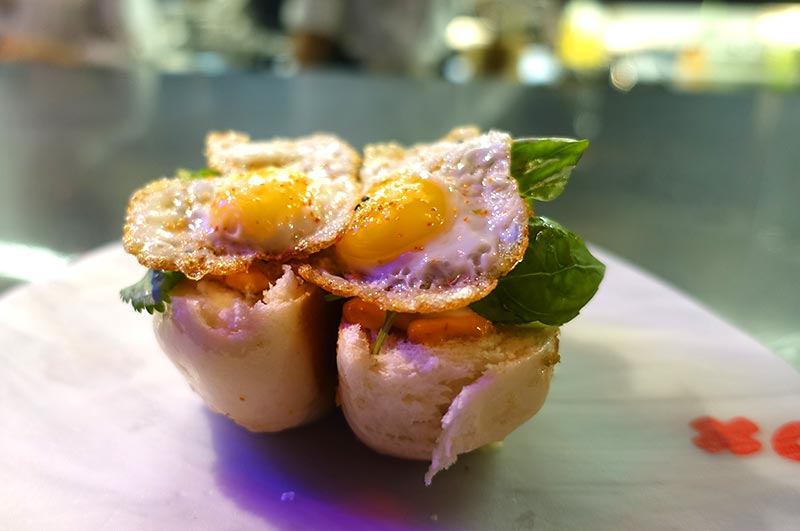 Up at the counter, no question. The rest of the venue is great for larger groups and it already seems very popular with the Mayfair set. However, if you've come here for the food - the counter is where you'll want to be.

And what about a drink first?

There's a bar with a DJ at the front of the restaurant, so you could always pop down here for a drink first. We were pretty happy with our cocktails - but be warned that they can get a little out-there. Particularly one which comes in a goldfish bowl sized glass. Note - that's "sized" - the thing is bloody huge. We know this isn't everyone's cup of tea but to be honest we would have treated that drink as a challenge. We were just willing someone to order it so we could have watched how they approached it. 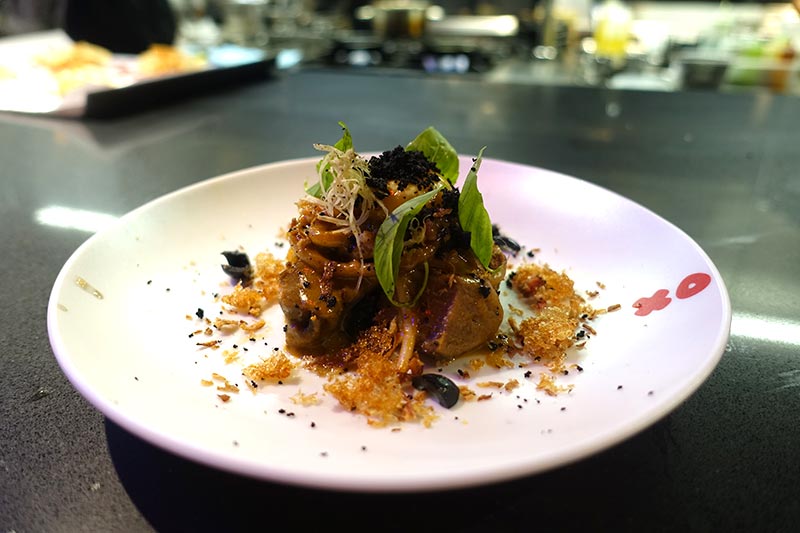 And how about the food itself?

The menu jumps all over the place and it's hard from the descriptions to know what you're going to get. So, here's our tip - throw yourself into the fray and let the staff guide you through. You'll enjoy it a lot more that way. Yes, the prices are Mayfair-punchy but you could just as easily pop here a few times and work your way through the menu that way.

And because it's a tapas/small plates operation - follow our lead. Order a maximum of two dishes at a time (assuming two people). That way you get to dictate the pace of the arrival of the dishes yourself.

As for the highlights of the menu - we'd recommend:

It's worth having the dessert to finish everything off - if only for the utterly bizarre snake-like construction that it comes in. And keep an eye out for the "chicken lemon" which are like lemon chicken lollipops - or are they? 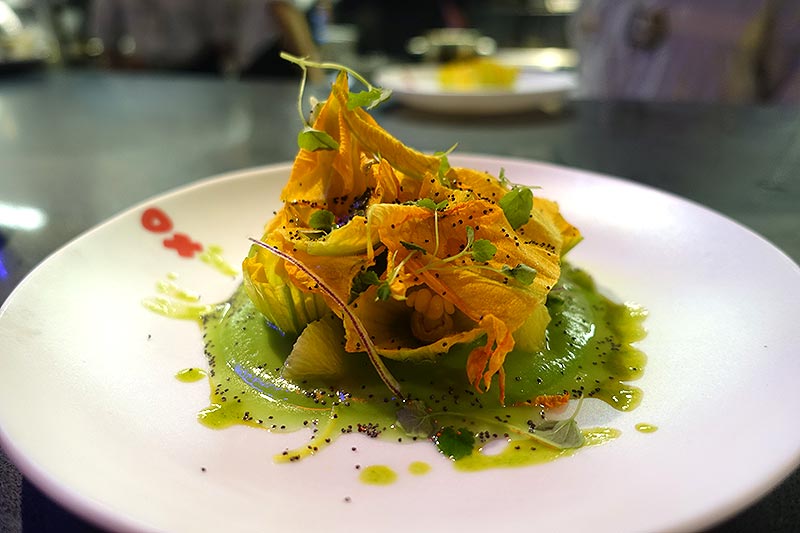 One thing's for sure, StreetXO isn't for everyone. If some of the costs above strike you as steep or if you're at all purist about your food, it may not be your cup of tea. And we also think some of the theatrical elements are going to rub some people the wrong way. But that wasn't our experience of it by a long shot. We flat out enjoyed it - it actually made us laugh - and given we were eating there just two days after Trump won the election, that was good enough for us.

Hot Dinners were invited to try StreetXO. Prices are correct at the time of writing.