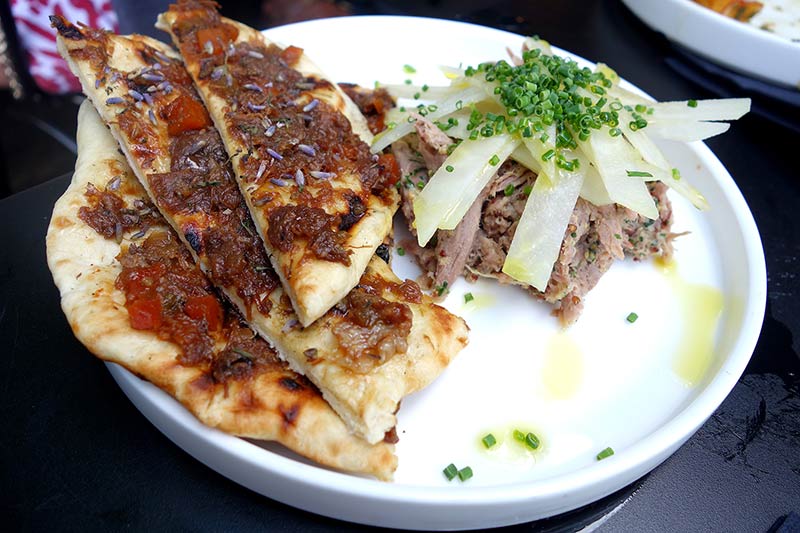 What can you tell us about Smoke + Salt?

It’s a small and sharing plates restaurant in Brixton that’s finally found a semi-permanent home. It follows a series of increasingly successful pop-ups culminating in a one-year residency at Islington’s Chapel Bar.

After meeting at Notting Hill’s The Shed, chefs Remi and Aaron now operate their restaurant with the motto “modern food, ancient techniques”, with a heavy emphasis on South London’s multiculturalism.

For the time being, Smoke + Salt lives in Pop Brixton, operating out of a narrow shipping container that’s tucked away upstairs away from the noise of the main plaza. It's taken the spot that used to hold Kricket. 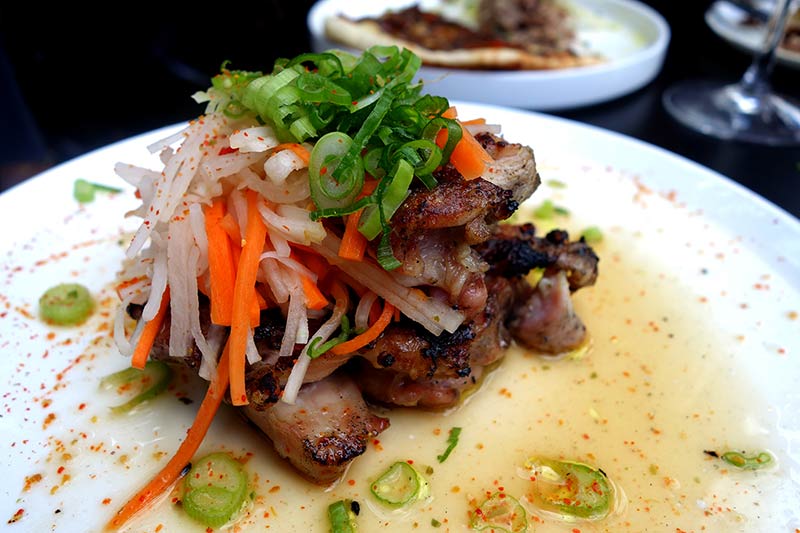 It’s still summer at the time of writing, so sit out on the breezy, treetop-bordered mezzanine. If you’re lucky, you’ll still be able to hear the restaurant’s special playlist (which we’ve heard they put quite a lot of work into, actually). Thanks to The Cure, Dusty Springfield and Sister Nancy, it delighted us more than we’d like to admit.

Where should we go for a drink?

You’re already at POP, so why not visit Kiwi bar Wine Talk, which is just downstairs. We had a lovely glass of dry Chardonnay while people-watching. Just make sure you insist on being given a real glass. You don’t want to pay £9 to drink out of a plastic cup.

Smoke + Salt’s emphasis on traditional cooking methods means there’s lots of smoking, curing and preserving in their menu, from the smoked ricotta to the pickled peanuts. The menu, which is very short, changes quite often too - when we visited, we ate from the brand new ‘late summer’ menu which had just swapped over. It’s split into Tidbits, Kitchen Plates, Grilled Plates and Pastry (aka dessert). 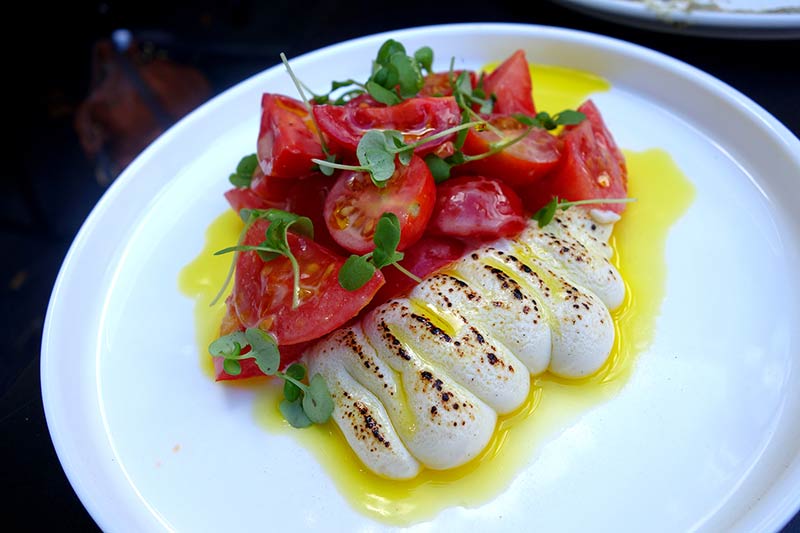 What did we have?

Almost everything, if we’re honest. But the menu IS very short, 11 dishes in total. And there’s no reason you couldn’t have a similarly indulgent experience with everything priced at a tenner or less.

First things first, we sampled the mini-drinks menu with a glass of their vivid Bubbles & Black, which balanced its sweetness with a splash of dry Lemoss prosecco.

Then we kicked off with some bread and butter - a generous splodge of maple-whipped, sea-salt dusted butter, served with gently warmed sourdough from The Old Post Office bakery. Gosh. We demolished it almost instantly, delaying staff from retrieving the dish until we’d wiped away every last smudge, and only £2.50.

The Trombetta Courgettes, a colourful, seasonal dish well suited to the late summer menu, were super fresh and full of crunch, which was helped along by chopped walnuts and crispy, garlicky crumbs scattered across the plate.

We also rated the chicken hearts, an optional (and incredibly affordable) add-on at £3 to go with the with fried plantain, which was a nice nod to the Brixton’s Caribbean community. And there was more heart to come, in the form of simple beef heart and new potatoes dish awash with a gorgonzola sauce. Interestingly, neither of these dishes are listed as offal, instead just as “chicken skewers” and “Wiltshire beef” on the menu - perhaps to encourage squeamish diners to try something new.

From the bigger dishes, we were presented with a show-stopping duo of duck rillette and duck jam flatbread, sprinkled with potent lavender off the Kitchen Plates section. But the star of the show, we agreed, was the truffled-ponzu chicken leg from the Grilled Plates section, which arrived having been slow cooked for four hours, and all the juicier for it. Despite being seven courses down and *so* full, we had no problem polishing it off in full. 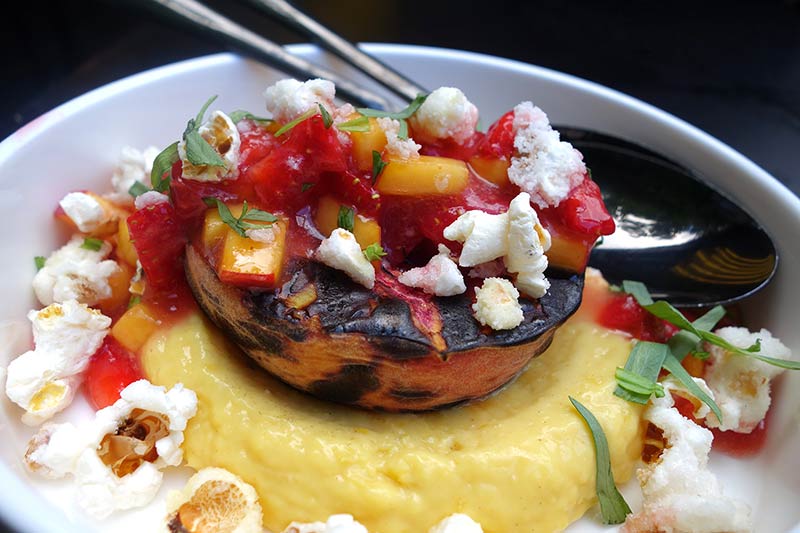 There was one choice for dessert, and that was a lovely Harvest Pudding, £5, which came in the form of a massive Amarillo peach, artfully charred then topped with macerated summer fruits and caramelised popcorn, and served atop an eggy mount of custard.

Disclaimer: We showed up for a lunch seating, but we ate from the dinner menu. The lunch menu is quite a bit smaller, but that shouldn’t deter you from dropping in should you find yourself buzzing around Brixton one afternoon.

What’s coming up next?

Now they're simply settling into their new home, which should be great news for the Smoke + Salt which has lived a rather nomadic existence up to this point. That being said, with shipping container villages the posting is unlikely to last forever, so we’ll need to wait and see what their next play will be once they’re done and dusted in South London.

Hot Dinners were invited to Smoke + Salt. Prices are correct at the time of writing.

How to book: Book here