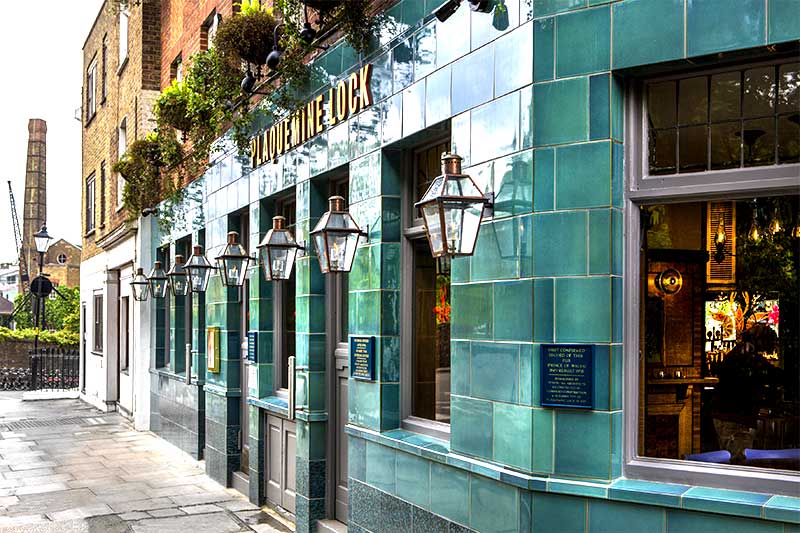 Yes, it looks like a perfectly ordinary pub from the outside...

So what do we need to know about Plaquemine Lock

Owned and run by Bocca di Lupo owner Jacob Kenedy, this N1 pub is really a homage to his family history. Serving up Cajun and Creole food, the lock in question was built in Louisiana by Jacob's great grandfather back in the 19th century and was added to America's National Register of Historic Places in the seventies.

As befits its waterside history, you'll find it tucked away by The Regent's Canal in Islington - the nearest tube is Angel.

Here. Well, it is a pub after all. There's an extensive selection of craft British and American beers by the can or bottle and various local beers from breweries like Hammerton, Hackney and Fourpure on draft. Cocktails are more of a purely American affair - so there's a Mint Julep, a Sazerac and a Boulevardier on the list among others.

As they describe it, it's "simply fare that is at once exciting and exotic, but at the same time comforting and strangely familiar".

What that means for a menu depends on when you're coming here. There's a smaller offering on during the day from Monday to Friday. That list expands for weekday dinners and goes to full strength over the weekend. Start with what they call 'snacketisers' like stuffed oysters or fried okra, before checking out a po'boy section and then on to mains and what they term Happy Endings.

We popped along for lunch on Sunday and - serenaded by a bit of live music - here's what we had. 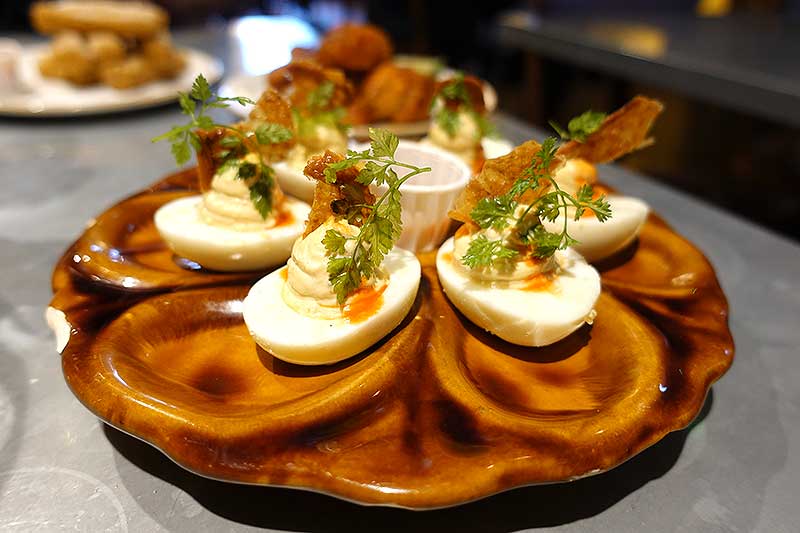 We find it impossible to resist devilled eggs on any menu and here they come studded with crispy chicken skin (£5). 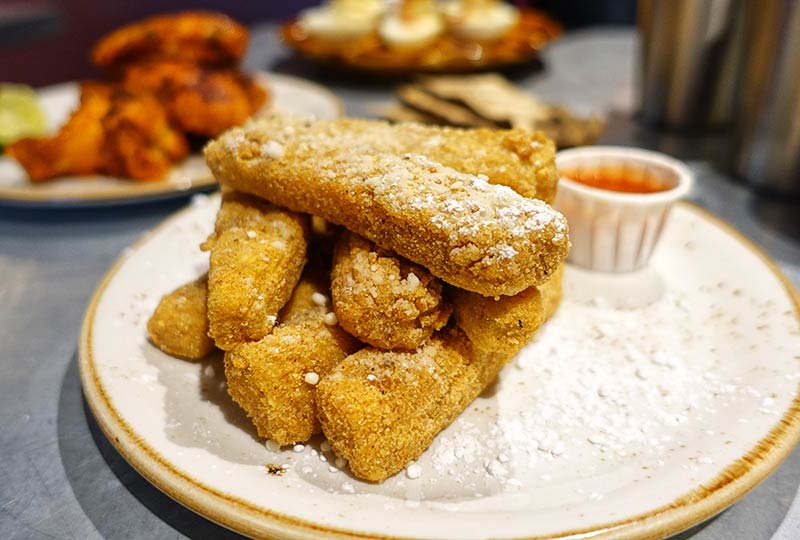 The new way you're going to want your aubergine to be cooked from now on - fried eggplant crystal with powdered sugar (£5). 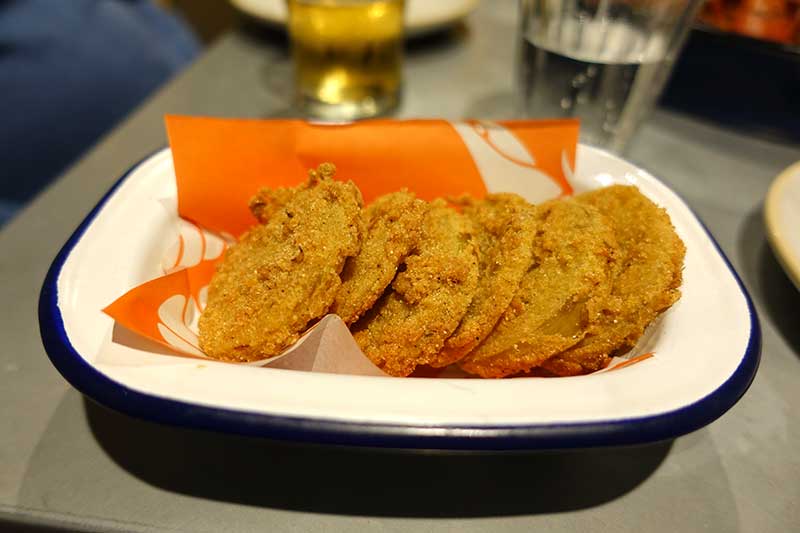 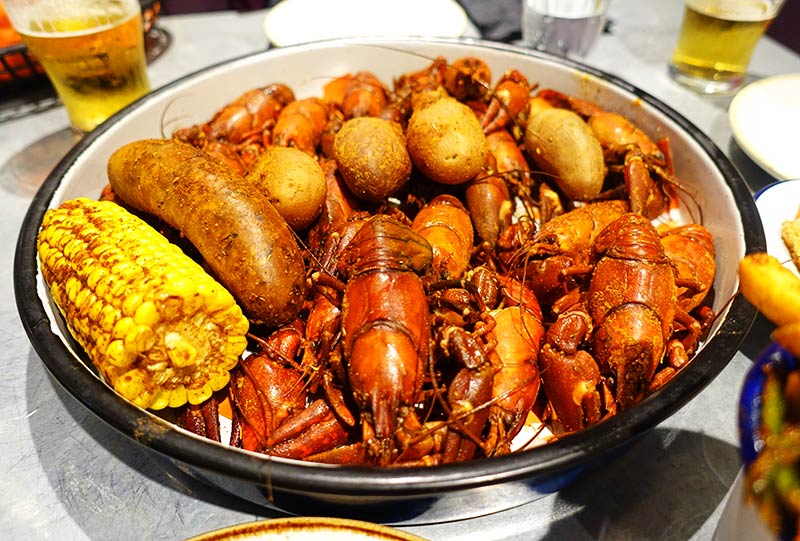 The mahoosive platter of boiled crawfish, corn, potato and andouille sausage. The £22 price tag didn't give away just huge this was going to be. If you're getting it - order it as a separate course. You won't be able to fit anything else on the table. 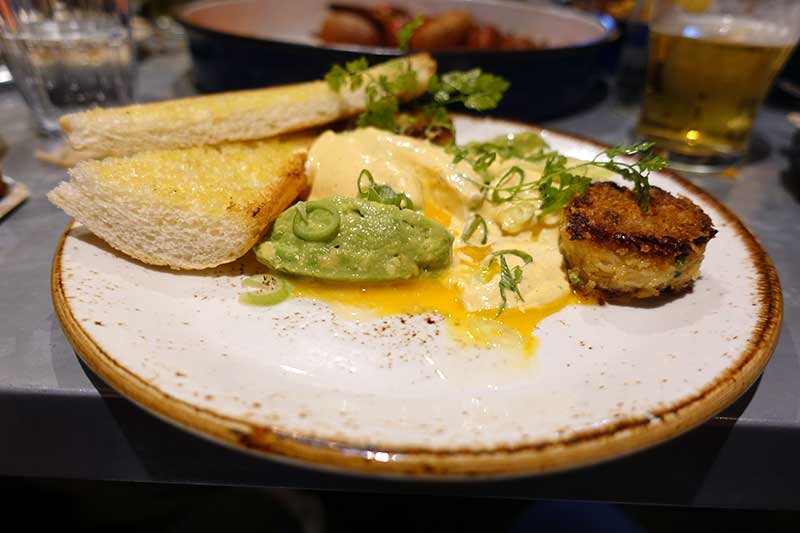 Is it all savoury? Surely there are some seriously diet-busting desserts too?

You'd better believe it. We probably (definitely did) over-order which was stupid given what delights awaited us at the end of the meal. At weekends this section of the menu bulges to six choices. We didn't make it as far as the beignets with chicory cafe au lait sauce but what we did have was: 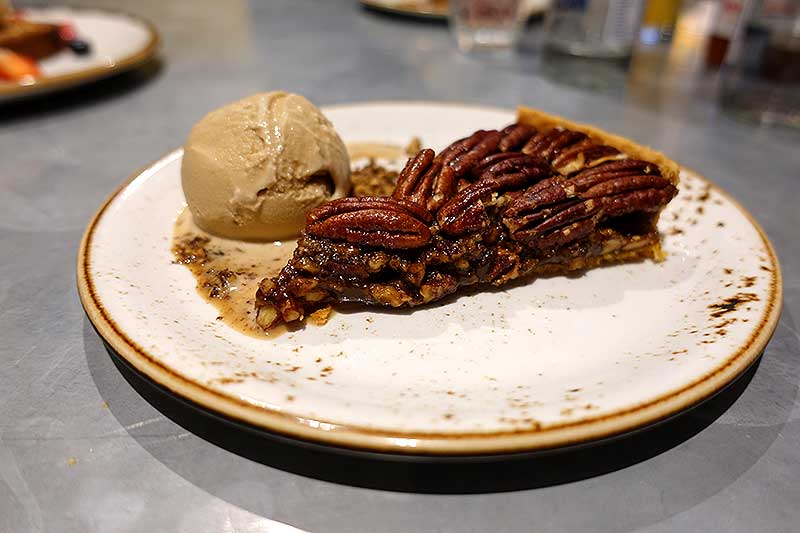 Pecan pie - still warm from the oven. A stellar example. 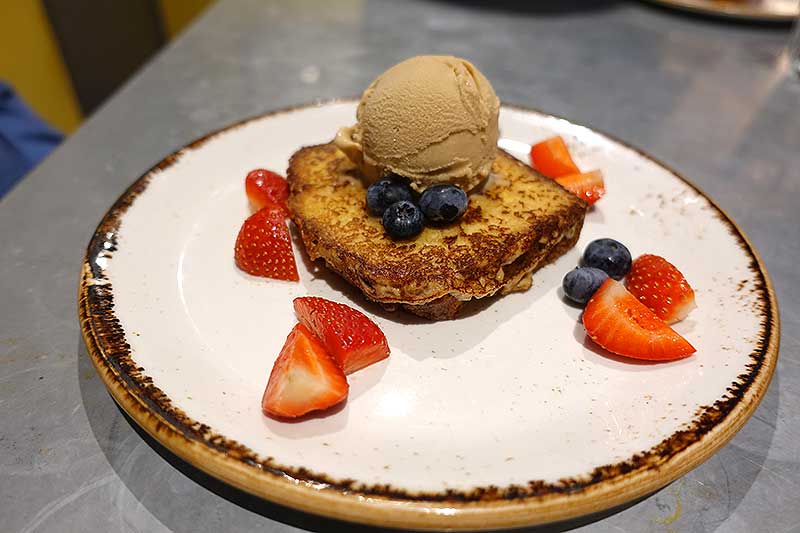 French Quarter Toast’ - which is actually cornbread pain perdu served with muscovado ice cream. And some berries so you can kid yourself it's the healthy option.

We've been to Plaquemine Lock twice at this point and on both occasions have been impressed by the southern American cuisine on offer. There's really nothing quite like it in Islington - it's well worth searching out. Plus we LOVE their devilled eggs.

How to book? book online here.