Test Driving Pitt Cue - a reinvention in the City 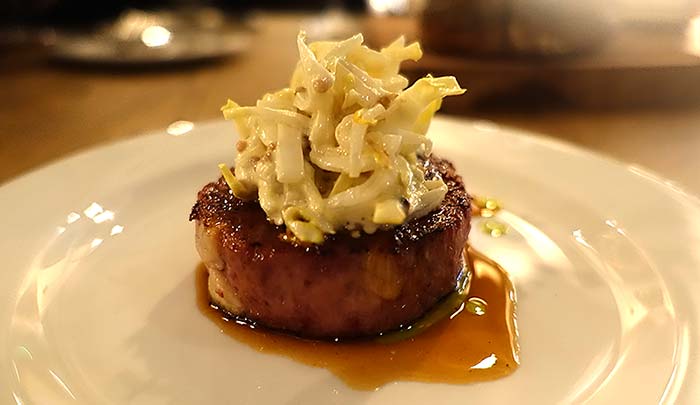 What can you tell us about Pitt Cue?

But that restaurant in Carnaby was just a tad on the tiny side and since they opened everyone has leapt on the barbecue trend. So it was time for a change...

So what is Pitt Cue now?

They’ve moved out of Carnaby (that restaurant is now Rockadollar, selling poshed up hot dogs) and into the City – a HUGE shift for the restaurant. This has brought with it a similar shift in direction for the menu. It’s now much more focused around the different types of cut that the Pitt Cue farm in Cornwall can provide. It has – to use something of a cliché – grown up.

Where exactly in the city?

Just off Devonshire Square (where the Cinnamon Club is) and 5 mins walk from Liverpool St station. They’ve taken over a big space that’s been empty for a few years.

If you’ve been to the original – VERY different. All on one floor, it’s very spacious, seating around 116, and with a separate bar at the front. At the back of the room is the piece de resistance – the open kitchen with its huge imported grill on display. Here you’ll see the chefs busying away in a set-up reminiscent of the Clove Club (albeit much bigger). In all, it’s a lovely looking room.

And you can book?

Indeed you can (lets face it, City workers who spend lots of money aren’t ones for queuing). However you can pitch up on a stool at the front bar an order anything from the menu there. So if you’re just passing by, we think it’s well worth popping in to try a bar snack or two.

Expect the menu to change regularly depending on the availability of animals from the farm (we were recommended a few dishes that were no longer to be seen on the menu). There are also many specials of the day – large sharing cuts of meat that change even more regularly than the main menu. The scarcity of these could be seen as most were crossed off by the end of our meal – but it IS early days so we think supply could be less of an issue as they find their feet.

As for what we had – recommendations are:

Great as the meat was, we think they’ve a little way to go to make the fish as interesting as the meat. The brill was well cooked – but just needed something more for to compete. Plus, do make sure to have the potato cake – pretty much their version of chips. Honesty we’d be happy to pop by the bar and just snack on plates of these, oh and the grilled bread with smoked roe.

And special mention to a great dessert list – the baked custard and rarebit being a particular gem here.

As with the kitchen the larger bar area and space for more wine means a much greater selection here. The cocktails are very good – and at £8-9 pretty spot on pricing wise. The best we had was the Soulless Sour – Bourbon, blood orange, egg white and the so-odd-it-works orange coal (£9).

As for the rest of the drinks, wines start at £5 for a glass (although only 125ml, alas) and at a pretty good £20 a bottle. There are four bottles under the £30 mark, with the most being a 2005 Henri Boillot Chardonnay at £350. Well, they have to give something to any City folk wanting to splash out.

This isn’t the Pitt Cue you’ll really remember from Carnaby, but that’s no bad thing as this is MUCH more impressive. Tom Adams has always struck us of being capable of so much more than that tiny kitchen ever let him achieve – and this is really on display in the new City location. One to visit if you have even a passing interest in meat – very much recommended.

Pitt Cue is at 1 The Avenue, Devonshire Square, London EC2M. For more, follow them on Twitter @pittcueco