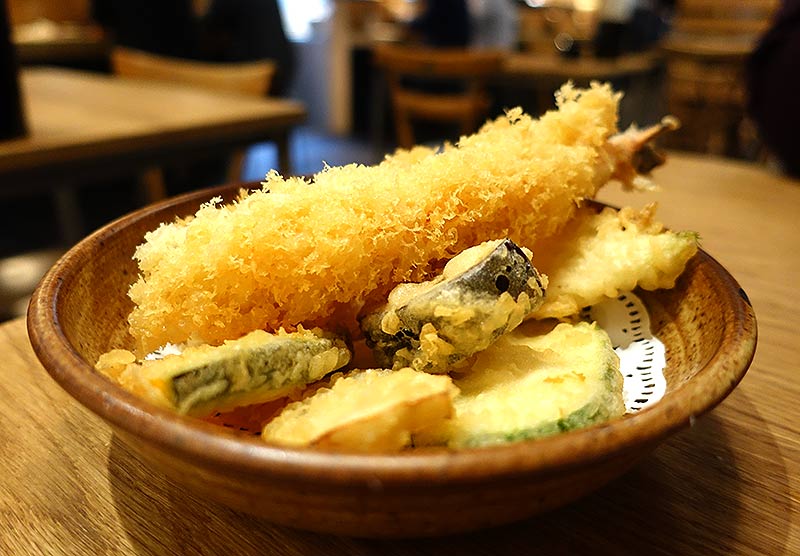 The prawn and vegetable tempura

So what do we need to know about the new Koya Bar?

This is one of many new restaurants opening as part of the Bloomberg Arcade in the City. But it's the first new opening for the folk behind Koya - former city trader John Devitt and head chef Shuko Oda - since they opened Koya Bar in Soho four years ago.

The arcade runs between Queen Victoria Street and Walbrook in the City. Koya Bar is about halfway along. There are three tube stations within minutes of the arcade, Bank (use exit 8), Mansion House and Cannon Street.

Any good place to meet a friend for a drink first?

The most obvious choice would be Vinoteca at one end of the arcade. We popped in for a drink before and it was a pretty convivial spot to meet. There's also a cocktail bar at Caravan City and one downstairs at Bleecker, both of which are also on the arcade. 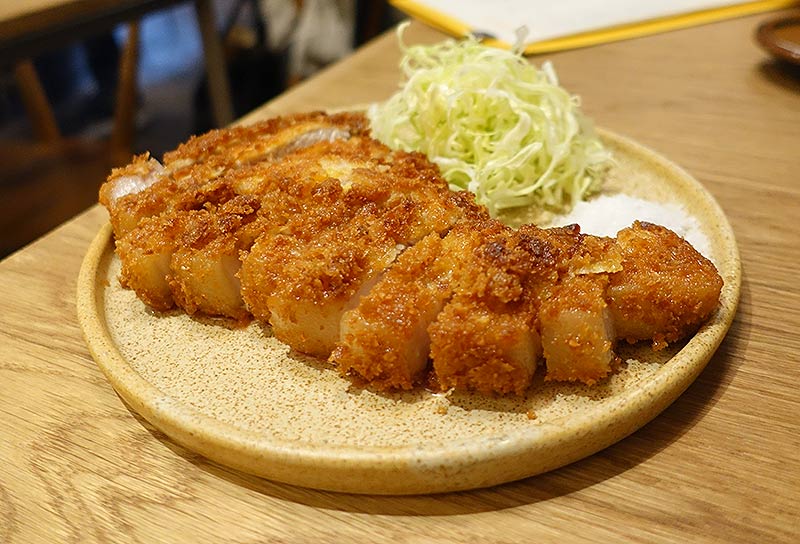 So the original Koya Bar is a pretty small place with spots for just 25. Is this bigger?

Yes, very much so. There's room for 60 here, split into low counter dining by the kitchen and a mixture of tables. We're told it's a pretty popular with families at the weekend, as there's even room for the odd buggy.

And the food - plenty of udon noodles?

Yes, but actually it's so much more than that. While fans of the original will see plenty of their favourites on the menu here, there's also a lot of new things to try. A word of warning, though - be sure that if you're coming for a specific dish that it's available when you're planning on visiting. Some dishes are evening only - they've stripped down the menu to cater for the very busy lunchtime period.

The menu is split into the various serving styles of udon noodles - hot udon/hot broth, cold udon/hot broth, cold udon with cold sauce to dip and cold udon with hot sauce to pour. Then there are various rice bowls to choose from and a decent selection of small plates. And all that's without looking at the specials board, which had some brilliant things on there too. Bear in mind though, that some of the more expensive 'small' plates are really as big as main courses and priced accordingly.

Rather than go into the udon - which you can take from us is as good as it's ever been (Koya say they're still the only restaurant in the UK to use a traditional Japanese method of udon noodle making, using their own noodle workshop) - we'll talk you through some of the other dishes we had. 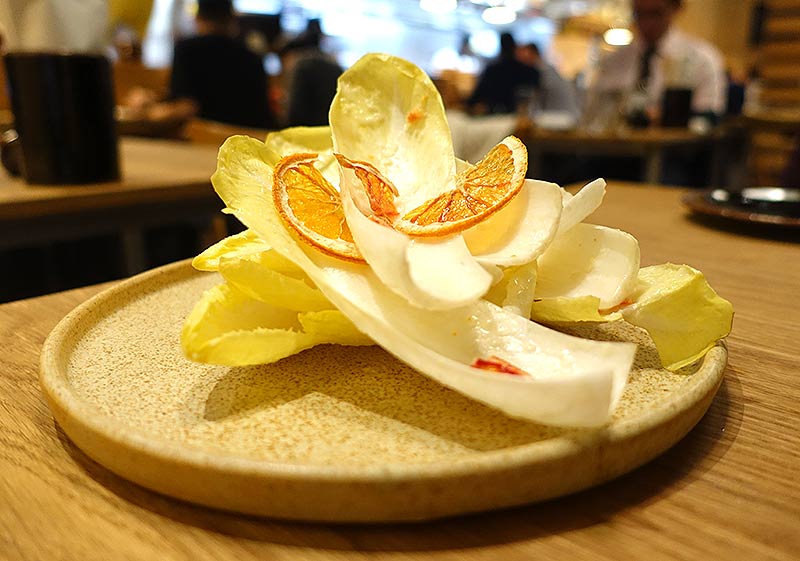 As you'd expect there's a wide range of sakes on offer - ranging in price from £7.80 for 90ml up to £110 for a bottle of Diashichi Minowamon sake. We stuck to the short wine list (three whites, three reds) and had a Kernel beer (keep an eye out for special beers too).

It's been a long while since we were last in Koya. I expect we probably got put off at how hard it would be to get a seat without queuing, so the arrival of this City branch is very welcome. We can imagine it's swamped at lunchtimes, and breakfast's a busy time too. But on a Tuesday evening in January we walked straight in. We'll want to go back to try more of the specials and those excellent small plates.