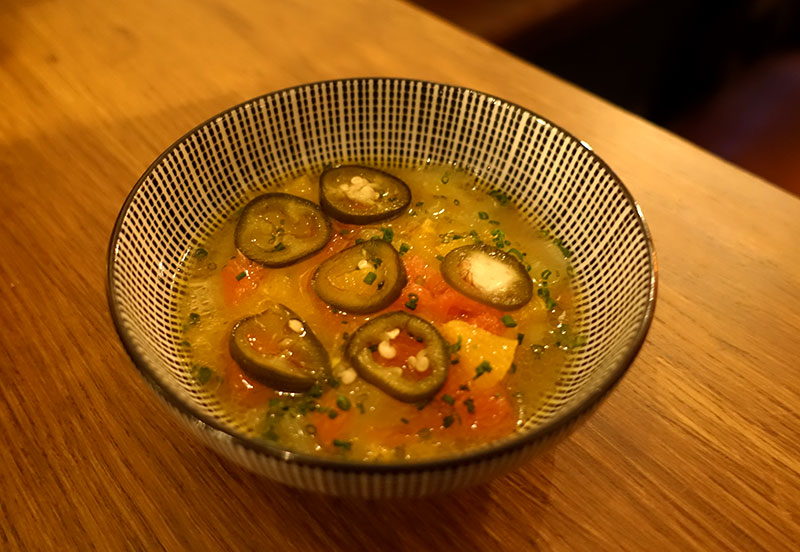 So what do we need to know about Hopscotch?

Well it's more of a case of knowing who's behind Hopscotch. Jonathan Cowley has an impressive CV having worked at Milk & Honey, Street Feast, Chick n Sours AND Bleecker Burger on his route to his first solo venture. It's fair to say he knows what Londoners like and has done his best to provide that with Hopscotch.

On Brick Lane on the same section as Blanchette East and Beigel Bake. The nearest train station is Shoreditch High Street on the overground.

Where should I meet friends for a drink here first?

Your quest to find a drinking hole in this part of town has pretty much been resolved with the opening of Hopscotch's downstairs bar. It's a thing of beauty - think East London meets the old downstairs bar at Bob Bob Ricard.

Down here you have a full cocktail list and a short food list. Glasses of wine run between £5 and £8 and cocktails are all £9. It doesn't look as though the 24 Carat Colada (the huge Pina Colada served in a copper pineapple with two straws) and costing £24 for two to share, is on the list downstairs though, so you'll need to dine upstairs to order that. 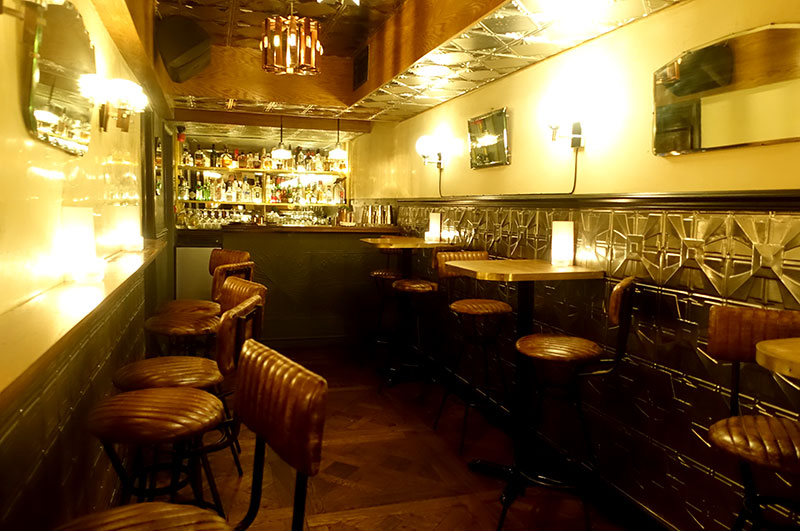 Hopscotch's website describes it as a dining room and drinking den and that's the best way to view eating here. So the menu kicks off with a selection of de rigueur sharing plates, ranging in price from £4 to £9. We ate our way through most of them and the ones we'd recommend particularly are the vegan delights of Heritage Carrot with cauliflower dip, almond crumb and rosemary salt (£4) and the rather beautiful (and beautifully assembled) Raw Scallop with soft citrus and pickled jalapeno (£9).

But what you're really going to come here for are the buns. There are four to choose from - pork, chicken, fish and veggie. We tried the wood fired pork with plum sauce and peanut (£8) which was the business, but it was given a fair degree of competition by the panko monkfish with smashed avo and pickled onion (£10).

Don't miss out on dessert - Hopscotch has taken full advantage of its location with its Over The Road offering. You tell the nice waiter whether you fancy a doughnut from Crosstown or some chocs from Dark Sugars and they'll nip across the road and get it for you. Alternatively, you can do as we did, and get them to surprise you with the choice. 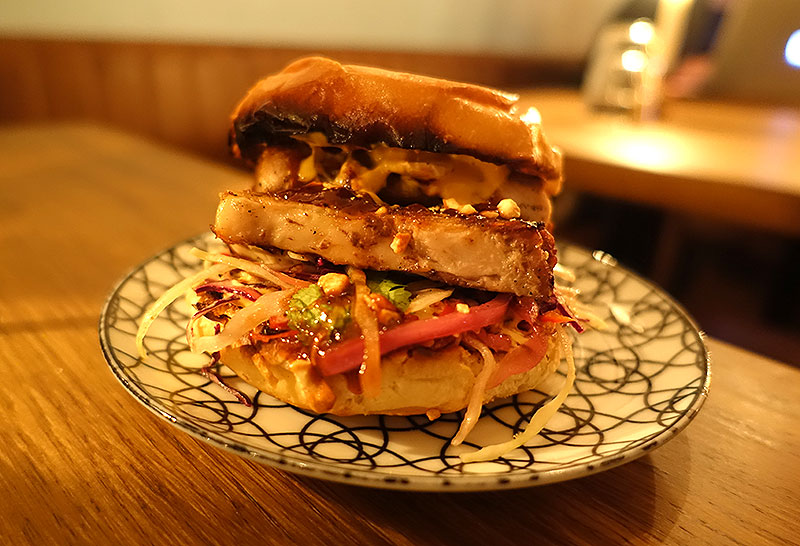 Hopscotch is a lot of fun. We wouldn't say the food was worth crossing town for, but the place as a whole certainly is. It's a total asset to Brick Lane, too. On a damp Tuesday night in the first week of January when everywhere else was half full, this place was humming. We can easily see ourselves becoming regulars at the downstairs bar - and we'll be back for more of those buns (and cocktails).

See all the pics from our Hopscotch Test Drive on Facebook

Hot Dinners were invited to Hopscotch. Prices are correct at the time of writing.