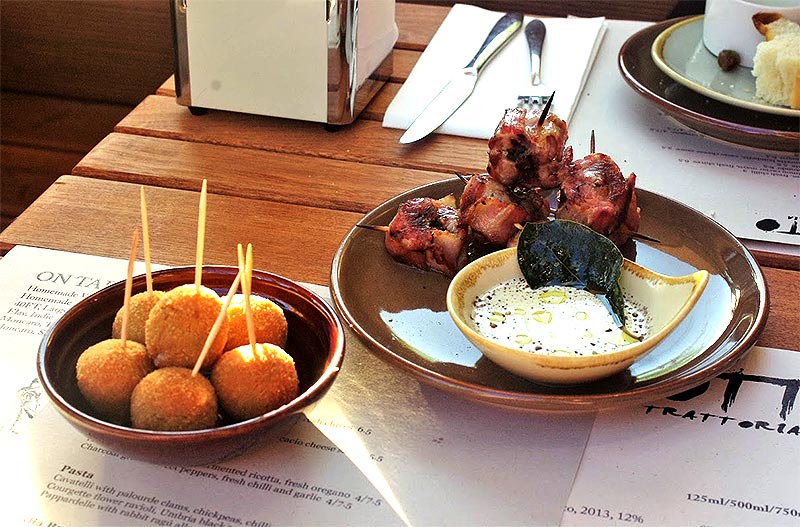 What do I need to know about Gotto?

The duo behind successful Soho restaurant Mele e Pere have set up shop in Hackney. ‘Gotto’ translates from Veronese dialect to mean ‘grabbing a bite to eat and a glass of vino with friends’, which is exactly the laid-back and communal vibe you can expect from this modern trattoria. There are a few subtle nods to its new East London location, in the form of a vibrant graffiti mural on the wall and craft beer on the drinks list, but the north Italian cuisine and homemade vermouth will be familiar to fans of the original.

There are a few subtle nods to its new East London location, in the form of a vibrant graffiti mural on the wall and craft beer on the drinks list, but the north Italian cuisine and homemade vermouth will be familiar to fans of the original.

Where will I find it?

Smack bang in the middle of half a dozen new drinking and dining spots which make up the front of Here East, a new development in the former Olympic press centre. If you’re local, cycle along the canal and park up right outside. Otherwise, take a stroll through Elizabeth Park from Westfield Stratford, or cross the bridge from Hackney Wick.

If you’re not familiar with the area, you’ll probably find yourself wandering around the current construction site in search of your venue (we definitely took the circuitous route) – but aim for the waterfront and you’ll soon hear the sound of chatter coming from the open-fronted restaurants. 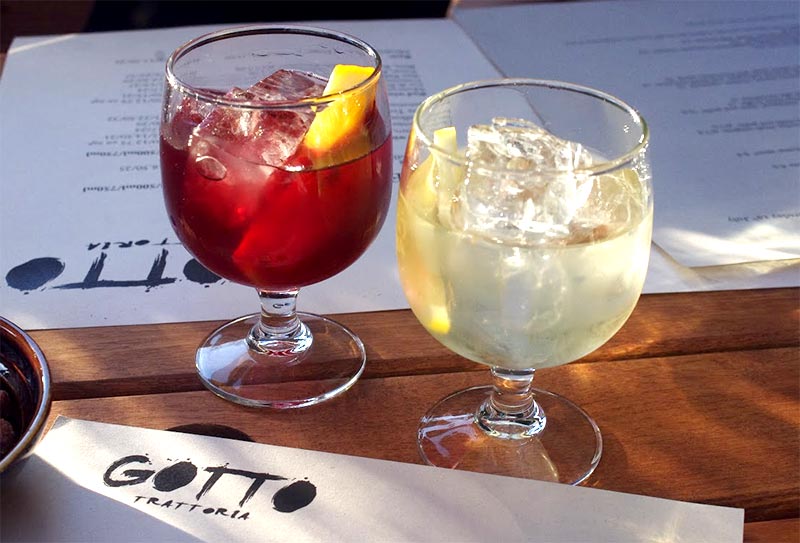 Where can I meet friends for a drink first?

If you’re keen to see what Here East has to offer, pop into one of the other drinking establishments on the row. Chef Shane Harrison has opened Shane’s on Canalside, popular pop-up Randy’s Wing Bar has set up a permanent home here, and the ubiquitous Breakfast Club also has an E20 outpost.

If you fancy being that bit closer to the waterside, there’s also the buzzing No 90 and Grow bars on the opposite bank of the River Lea, handily located en route to or from Hackney Wick station.

Alternatively, you can prop yourself up at Gotto’s bar and watch the open kitchen as you sip on an aperitif and nibble moreish barbecue salted almonds.

Where’s the best seat in the house?

If, like us, you’re lucky enough to choose a sunny summer’s evening, nab one of the tables outside and enjoy the buzz of post-work drinkers lounging on the deckchairs canalside. The early crowd at Gotto chatted casually over cocktails and sharing plates al fresco, while later in the evening the indoor tables filled up with groups of hip young locals tucking into larger dishes and bottles of wine. 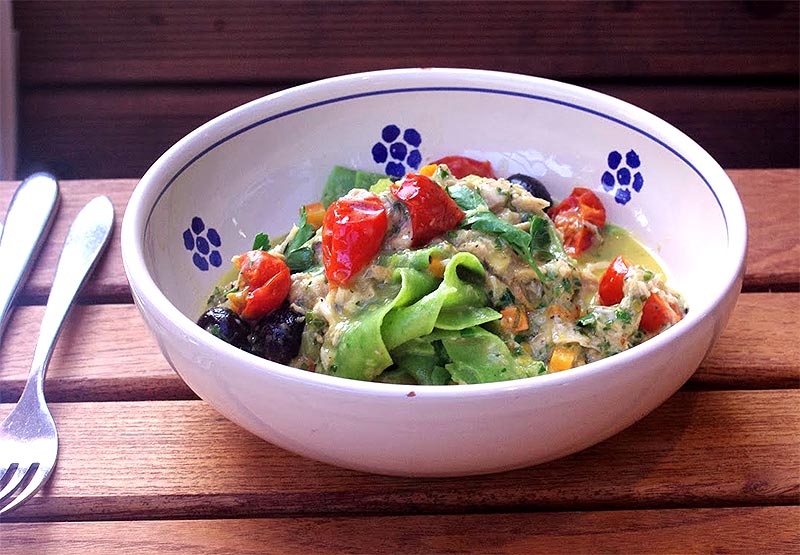 Speaking of which, what should I drink?

You can’t visit Gotto without sampling the signature homemade vermouth. Both red and white varieties are available on tap, and even a self-confessed sceptic of the bitter aperitif could be converted by the light and citrusy version served here. Those in the mood for something a bit more refreshing should try the vermouth in spritz form – mixed with Cocchi Rosa and Prosecco–while fans of the liquor can go all in with the punchy Negroni cocktail.

Also on tap, you’ll find local craft beer and Italian ale alongside a house red and white wine (£4.50 a glass) which was perfectly quaffable. The full wine list is simple but well-rounded, and 100% Italian, with red, white, sparkling and rose all offered by the glass, carafe or bottle.Order a flute of Prosecco for just £5 or share a bottle of Pinot Nero – the most you’ll spend is £37. 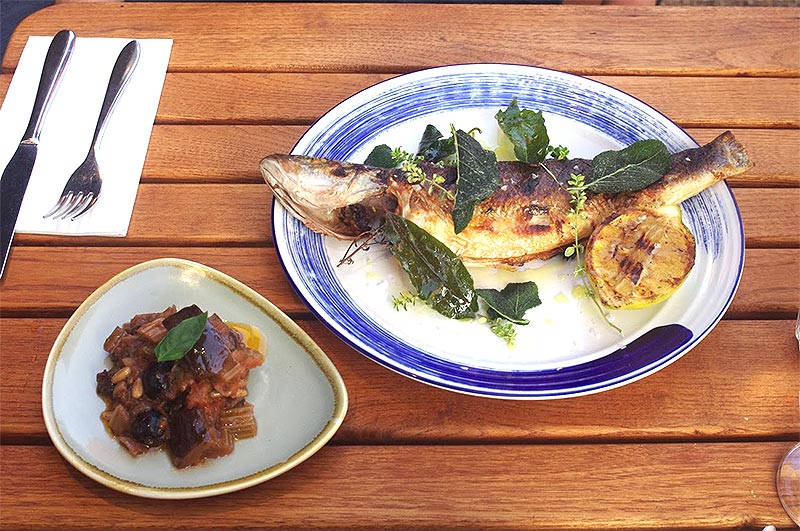 And what can I expect from the food?

Gotto aims to keep its menu fresh and seasonal, with key ingredients changing daily - so you’ll discover something different each time you visit. Choose from several sharing plates to start with (or simply keep ordering as you make your way through the drinks menu). When we were there, plates included the obligatory olives, homemade bread and much-loved burrata alongside fresh seafood, colourful salads and fritto misto – each dish at around the £5 mark.

For the main event, we were told the homemade pasta is the chef’s pride and joy,served in different forms with a variety of seafood, meat and vegetarian sauces. We also hope to be back when risotto is next on the menu.

Also available are three grilled dishes including a whole fish and red meat options (saddle of rabbit and T-bone steak graced the menu when we were there). 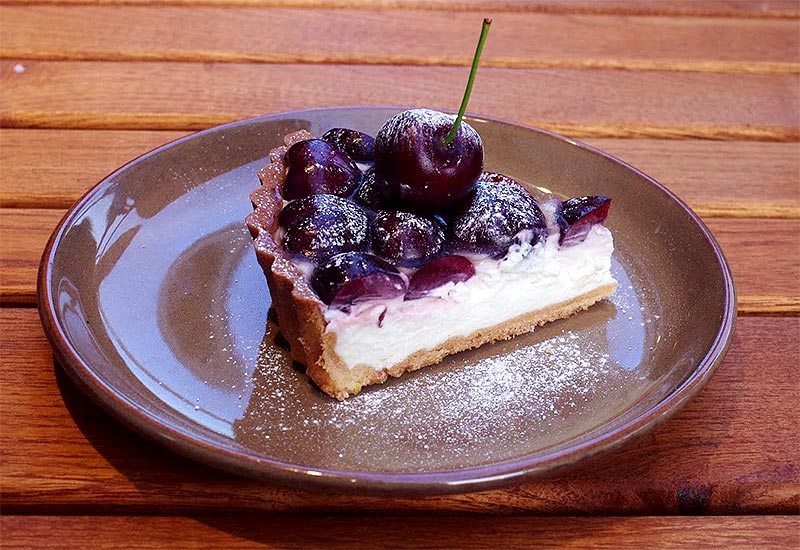 So, what should I order?

We couldn’t resist the promise of lovingly homemade pasta, so opted for the rabbit ragu alla cacciatora (£11) piled up on striking green pappardelle. We also tried the whole seabass (£14) –crispy skin flavoured with fresh lemon thyme and accompanied by a zingy Sicilian caponata.

We were glad we hadn’t got too carried away ordering small plates when we saw the dessert menu. A tangy Morello cherry tart and divine roasted hazelnut bignè (choux buns filled with gloriously nutty cream) were just the right balance of light and sweet to round off the meal.

How often do you get to sit outside in London, without the burr of traffic and tourists interrupting your meal? Ok, it mightn’t be the Italian Riviera, but the fresh, lovingly made food and friendly staff – not to mention a few glasses of vermouth – give Gotto a relaxed, communal vibe you expect from a family trattoria, with the added cool of Hackney.

Hot Dinners were invited to Gotto. Prices were correct at the time of writing.