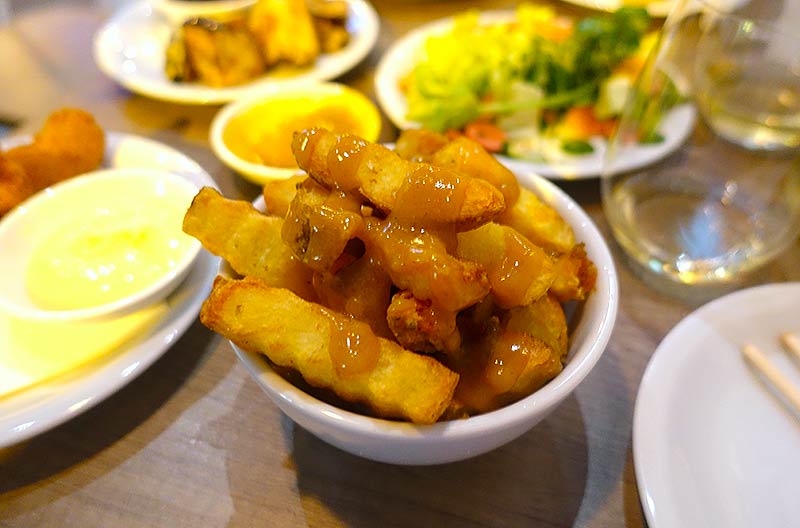 Yes, you will want these chips with curry sauce

What can you tell us about Gilly's?

So what's so different about it?

There's a significant Asian influence to the menu, from the raw dishes, to the tempura battered main event (with soy sauce for dipping). And you get the choice of chopsticks or knife and fork (if you're not feeling dextrous).

It's tucked away in the street behind Finsbury Park station. So you can be at a table here mere minutes after your tube or train gets in. 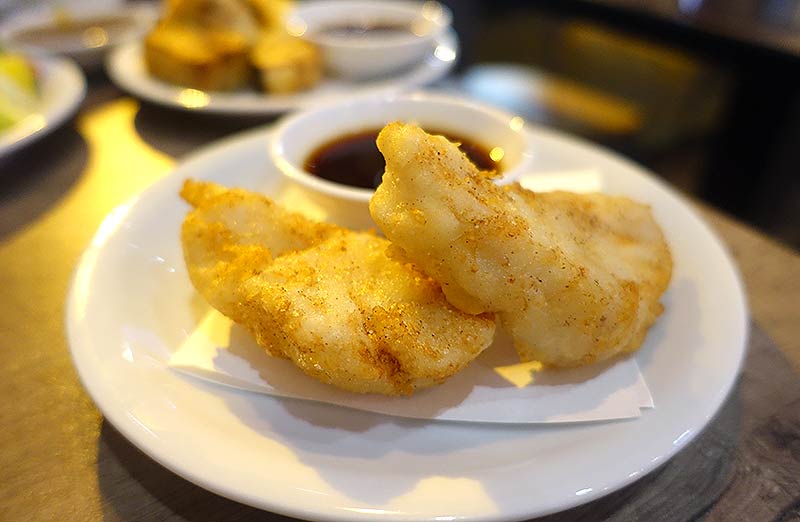 There are a growing number of very interesting places opening in the Finsbury Park area, but we'll winnow this down to just two. Firstly, and closest, there's Oak. It's a relatively new wine bar and wine shop that has become a personal haunt of ours in recent months. Highly recommended for charcuterie and a good, curated choice of bottles.

And we're also fans of nearby Walnut - which has a truncated cocktail list as well as a decently priced wine list.

It's not huge, so wherever you're told (or fancy if there are a few spaces free). Although we rather liked the tables by the window. And there are some higher stools/tables which are ideal if you're just popping in for a quick snack on your own.

It's something that they're continuing to evolve, and one that's also dependant on that week's fish deliveries. But you can expect a mix of raw dishes, tempura battered fish and veg and plenty of extras. 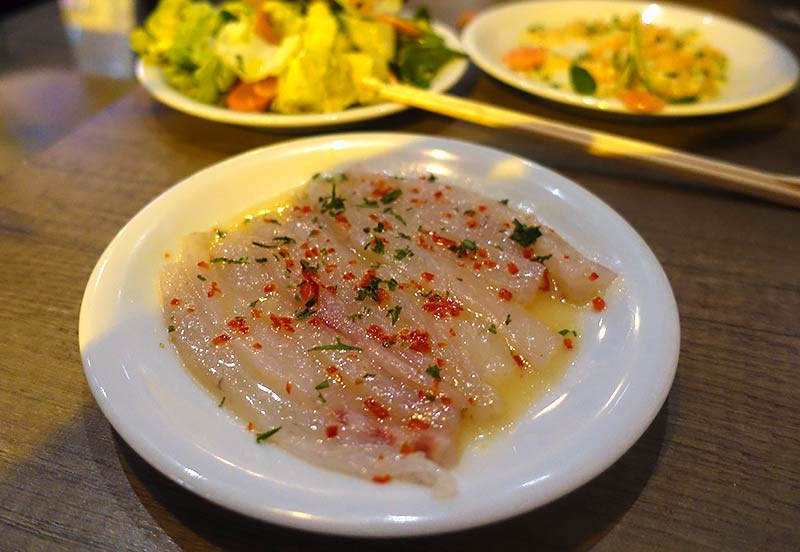 Most dishes are priced around the £5 mark, so you'll really want to roam around the menu as much as you can afford. And it's similar to Bao in that you tick the dishes you're after on a chit, before handing it in.

Plates will come out as they're ready, so we recommend ordering the raw dishes first, then going on to order all the fried goodness. And note that they're more tapas-sized as opposed to a big fry-up, so you'll want to order accordingly.

Our particular favourites on the night:

But frankly, we barely scratched the surface of the menu and plan to return to make our way through all of the fried section... 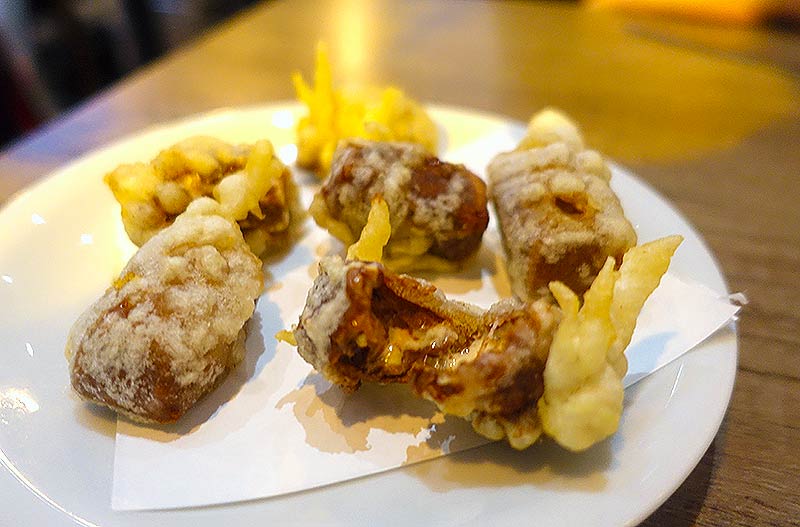 Deep fried celebrations. Do not leave the premises without ordering these.

Be warned - you'll want to leave a bit of space for these. Sadly the ice cream sandwich wasn't on when we visited, but the deep fried Celebrations were (£3). And frankly, who wouldn't want a teeny battered and fried mini Mars bar?

Do also try the mini doughnuts (£4) but eat them carefully - the custard explodes in your mouth.

Will there be takeaway too?

There will be takeaway soon, so keep an eye out for it. And delivery too, but expect that to stick to the more traditional fish and chips elements of the menu. 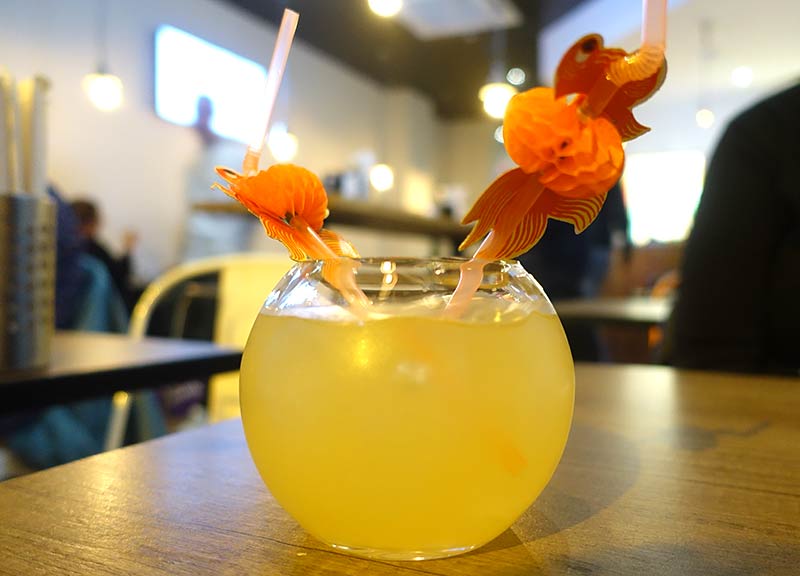 The Don't be Koi

On the wine front, there's a single option per drink (white, red, rose etc), which ranges from £18 a bottle for the house to £60 for a bottle of Ruinart Champagne, to really pimp up that visit to the chippy. And we were also fans of the "Don't be Koi" sharing punch (£10) - with rum, shiso, lime, lychee and apple.

It's a local and we'll definitely be back, no question. But mixed together with some great nearby bars, its closeness to Finsbury Park station and a damned fine menu, we think this one's worth travelling to. We're just very happy that it's so close to us. Sorry (not sorry).

Hot Dinners were invited to Gilly's. Prices are correct at the time of writing.