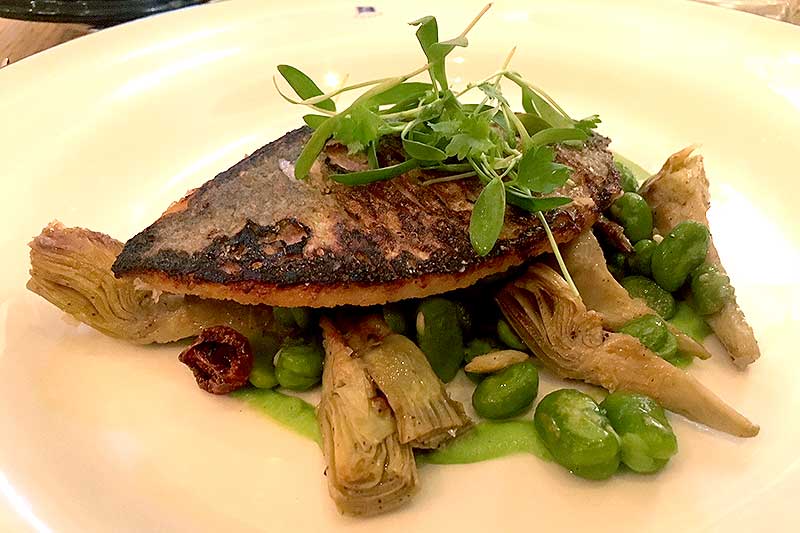 So what do we need to know about Chucs at Harrods?

This is the third Chucs restaurant to open since the first one opened beside the brand's swimwear store on Dover Street in 2014. Back then, the late AA Gill described as "not just a little Italianish caff in Mayfair; it’s an enormous amount of fantasy and wishful thinking made real in miniature." the idea is to make you think you're not in Mayfair, on Westbourne Grove, in the basement of Harrods or - their newest spot - in Kensington Palace Gardens, but actually in a teeny cafe in Portofino or Cap Ferrat.

The Chucs at Harrods opened as part of the relaunch of the Fine Watch Room. You can actually enter via its own street entrance on Hans Road, but we preferred the sweeping white marble staircase leading down inside the store. It's cleverly designed to make it look as though quite unlike an in-store restaurant. With booth seating and walls covered with photos of glamorous folk laughing on Riva speedboats or drinking sundowners by the sea, everything about it is intended to make you forget, for a moment, that you're in London.

Where should we meet friends for a drink nearby?

You could always stay in-store and meet friends for a flute of fizz in the Champagne Bar on the first floor, or try a cocktail at newly opened Osh on Beauchamp Place. Otherwise there's always Bar Boulud or the bar at Hawksmoor just down the road. 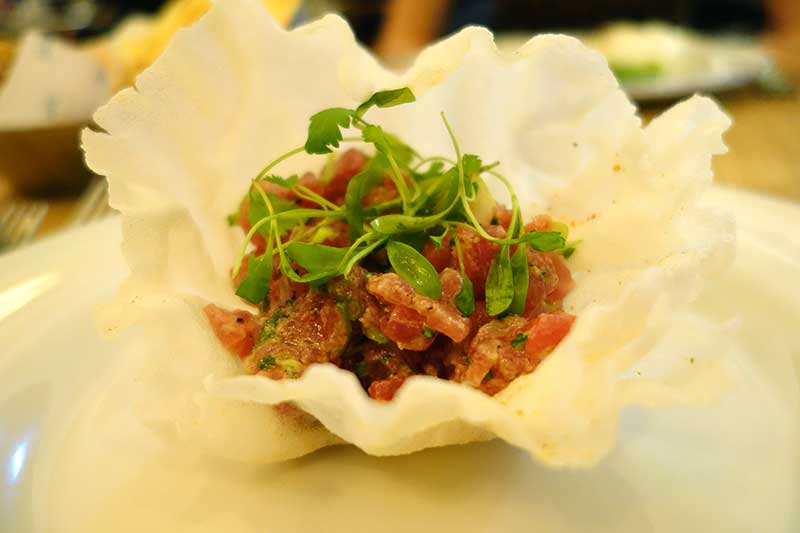 It's all very luxe Mediterranean - the kind of thing you'd expect to find at any well-heeled establishment from Capri to Positano. Nibbles include an exemplary bread basket of carby treats for £6 and spike up to £25 for bruschetta with Bellota ham and datterini tomatoes. Then you sweep through antipasti and starters, on to main courses and pasta with sides and desserts.

We kicked off our lunch with truffle arancini (£14 for one large arancini divided into two and drizzled with truffle mayo) which were so delicious they'd almost make you forget the price. Burrata from Andria in Puglia sat on a bed of rocket pesto and had black truffle shaved on to it (£17) and a butter-soft tuna tartare (£19), given punch by pairing it with chilli, avocado and rocket cress and placing it in a rice paper bowl.

For our mains pan fried sea bream was a lovely summery dish with artichoke, fresh peas and teeny broad beans along with sun dried tomatoes (£29) but that was somewhat eclipsed by the 12oz wagyu ribeye with truffle mac and cheese for £95 - and no, that's not a typo. Mind you, for a steak of that size, it's actually cheaper than you'd find in M Restaurants or Cut on Park Lane. And it was sublime with buttery, soft fat that melted in your mouth.

We judge all Italian restaurants in London by their zucchini fritti and these (£7) were top class - right up their with Sartoria's and actually £1 less if you are wanting to pinch pennies.

After such gluttony we had to forgo the delights of the chocolate nemesis and deconstructed tiramisu for dessert and stick instead to their homemade gelato - a few scoops of which in a glass with Amaretti crumble (£9.50) was just the ticket. 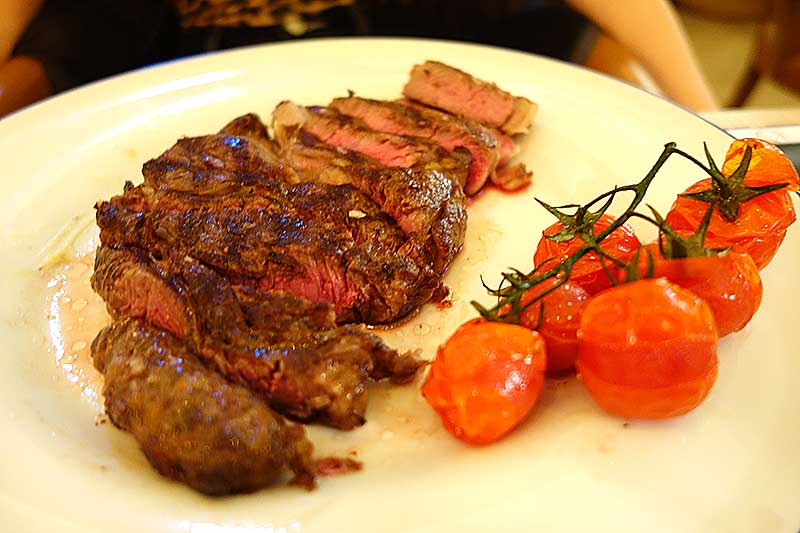 We just had a glass of perfectly decent Sancerre (£18) as this was a lunchtime, but in the evening cocktails start at £11.50 for a White Spritz and bottles of wine kick off from £40 for an Argentinean Malbec and soar to £395 for a Fay Cabernet Sauvignon.

We were utterly seduced by Chucs. The cleverly-designed dining room and even lovelier staff made us feel, for the briefest of moments, that we were just taking a break from the paparazzi before heading back to our yacht, moored by Anacapri. Yes, it's certainly spendy, but the food and service made it feel like value for money, particularly if you don't actually have a yacht or even a holiday booked any time soon. 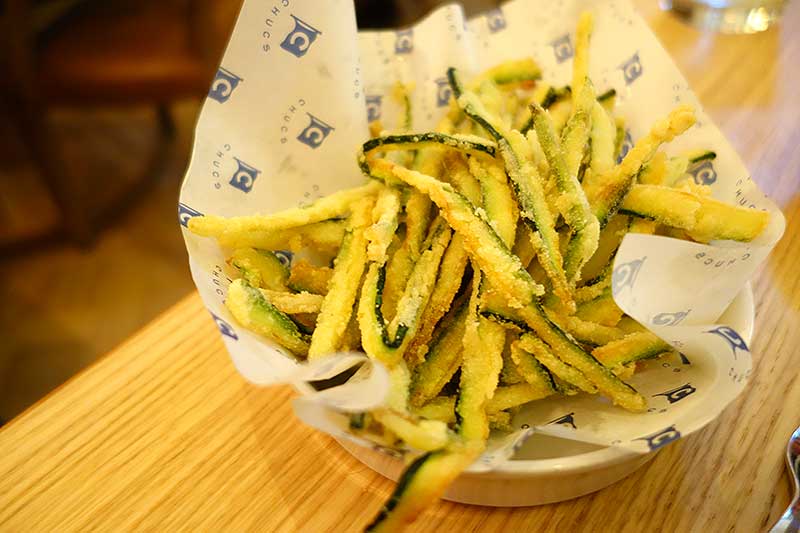 Hot Dinners were invited to Chucs. Prices correct at time of publication.