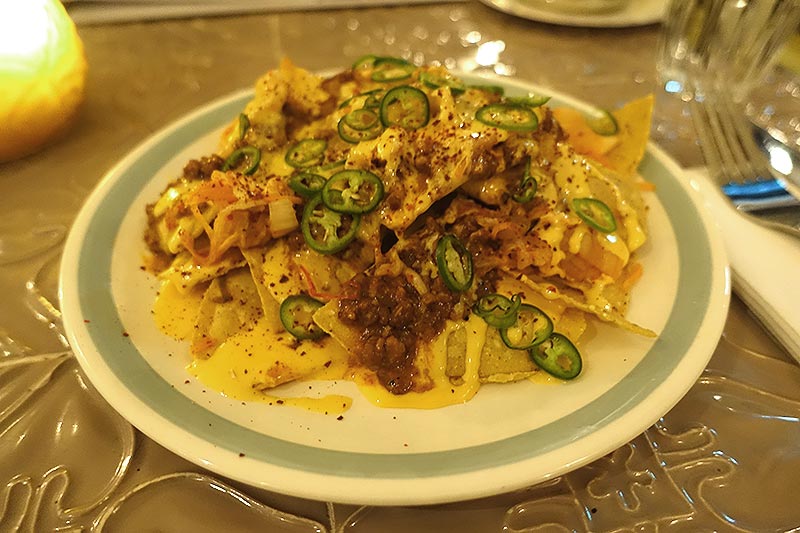 What can you tell us about Chick n Sours?

If you've been to the Dalston original, you'll have a pretty good idea of what to expect here. So that's some of the best fried chicken we've had in town, combined with great snacks. We've been very taken by their excellent Szechuan Aubergine dish in the past, for instance.

Where is the Seven Dials site?

Well, it's MUCH more central than their Dalston spot, that's for sure. So if you haven't managed to make it out east yet, you now have no excuse. It's just off Shaftesbury Avenue, around the corner from Ape and Bird.

What's different about the new spot?

Seven Dials is a basement spot (with the kitchen upstairs) and It's bigger than the original, that's for sure, including a few spots to sit up by the bar if you want. And as with Haggerston, you can book the odd table as well as walk-in, but expect your chances of grabbing a booking here to be much higher. You'll also be able to get a bigger sized group sitting together in the new place too.

They're also open seven days a week, while Dalston is closed on Monday. So if you need a Monday Chick n Sours fix, come here. 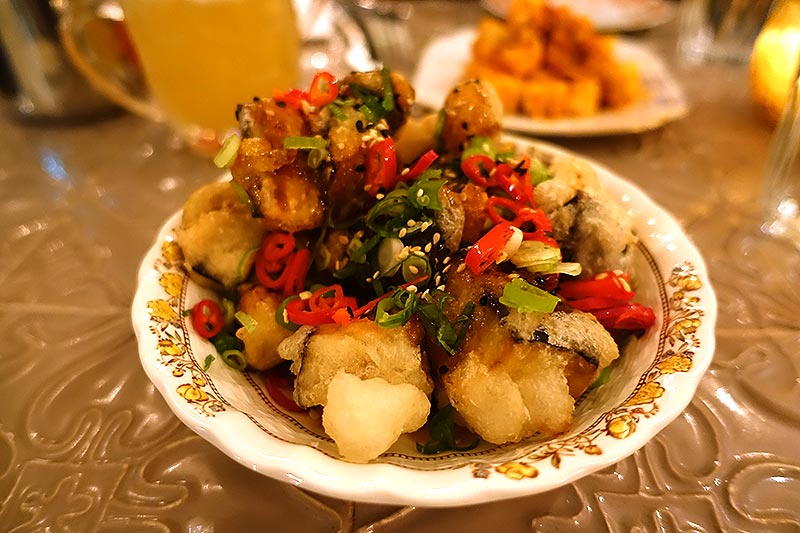 THAT aubergine dish. We never tire of it.

And what's new to the menu?

Some of the best bits of the Dalston menu have crossed over to Seven Dials. So there's still the mighty Szechuan Aubergine dish as well as the guest and house fries, and the HUGE K-Pop Korean chicken burger.

But, most importantly, there are new things to try on the menu. We would, of course, recommend trying them all

Takeaway is planned before too long - so it'll be a must visit for nearby workers. 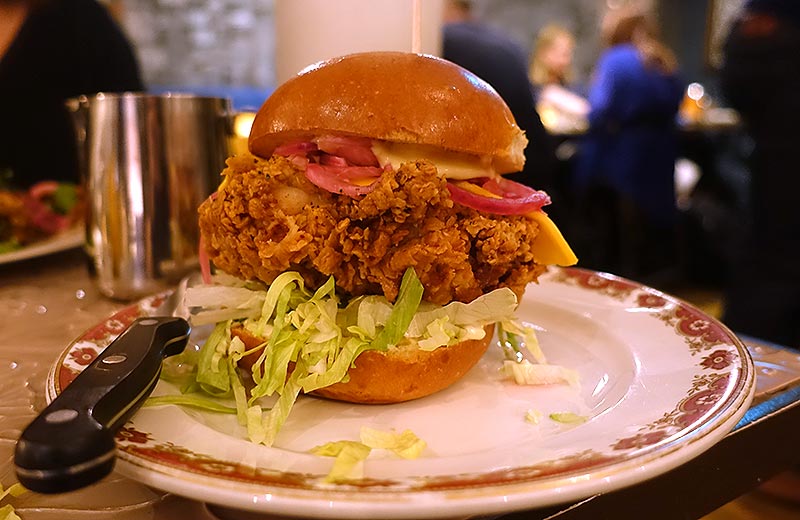 Well, it has to be the sours, of course. They're still great value, even though you're bang in the centre of town, so have as many of these as you can handle. And we were pretty impressed with the wine too (Vinnatoro, natural, white at £4.50/£18).

And if we're having drinks before/after?

There's almost too much to choose from nearby, but the best bets are the pub section of Ape and Bird, the teeny Bar Termini if you can get in, or a small walk to Ten Cases.

The food is just as good as it is out in Dalston, but it's slightly bigger and easier to get to. So it's a winner in our eyes.