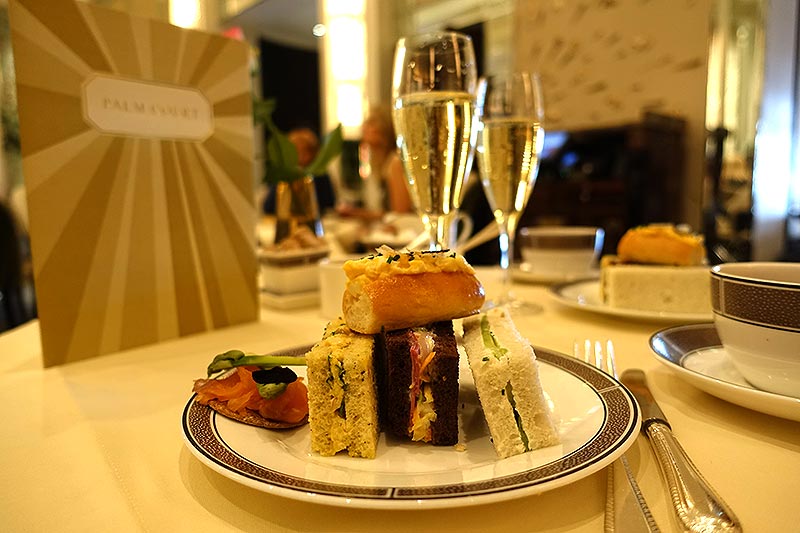 With Champagne too, of course.

So why afternoon tea?

Well for this writer, it's the first time having afternoon tea anywhere at all. Obviously it's a British institution, but one that seems to have passed me by. But upon learning that it involves an almost limitless supply of sandwiches, interest has been piqued.

And why The Langham?

There are a couple of reasons to choose The Langham at the moment. First, they've recently had their 150th anniversary, so there are lots of things to check out if you haven't been recently.

And secondly because of their Executive Pastry Chef Cherish Finden. If the name sounds familiar, it's because she's been putting top chefs to the test in Bake Off Creme de la Creme. And she hasn't been shy of telling the contestants exactly what she thinks of their efforts. So it's an ideal opportunity to see what her own work is like.

The Langham is only just north of Oxford Circus, and as you go through the front door it's in the rather opulent room ahead of you. It's a very grand setting, well worthy of a high class afternoon tea and obviously a bit of a celeb magnet too. Chandler from Friends was having tea here too when we went.

Essentially the usual afternoon tea fare - sandwiches, scones and clotted cream and then the main event, Cherish Finden's patisserie. Starting off with the sandwiches, you have these: 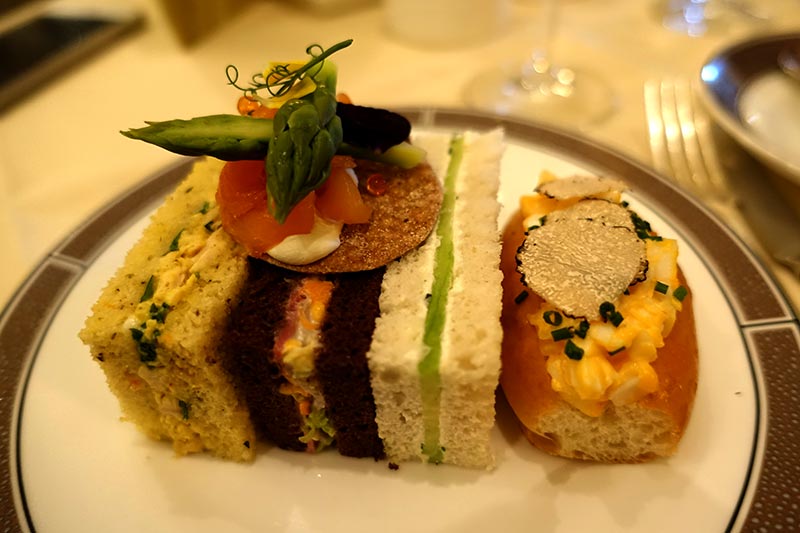 Of those, the chicken on carrot bread and the truffled duck egg on brioche are the real winners - pushing things some way beyond your classic cucumber and cream cheese (not really a favourite as we have a bit of an aversion to cucumber). And yes, you CAN get a completely new plate of sarnies when you're done. Which we did, of course.

After some top notch scones with clotted cream, we had the plate of Cherish's cakes. And that looked like this: 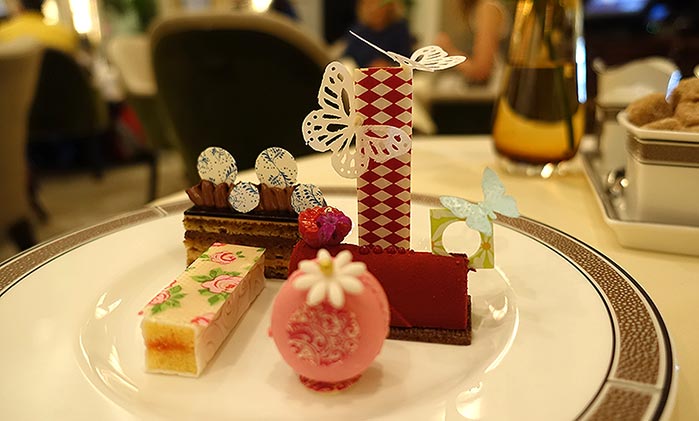 Yes, they were AMAZING. The shortbread tower with salted caramel was an unsurprising winner, but the lovely looking Victoria sponge was also fantastic. And it's good to see some yuzu in there to spice things up a bit. Essentially it's a plate full of some of the loveliest cakes you'll have in London.

And how about that tea?

Yes we STARTED with Champagne, but then moved onto their own 150th anniversary Langham Blend, which also happens to have 150 ingredients in there somewhere. It was VERY good. We're unabashed heathens when it comes to tea, usually needing a decent bit of milk in there too - but that absolutely wasn't needed here. Something of a revelation for us.

And how about a stronger drink afterwards?

If you've been good and stuck to mainly tea, but fancy something stronger to finish up on - then one of London's (and the world's) best bars is in the same hotel. So if you want a REALLY good post-tea cocktail, head straight into Artesian.

Cherish Finden's authority on Bake Off is well founded and this was a great introduction to afternoon tea (and well up there with the best of the rest according to our fellow diner, a more seasoned afternoon-tea-er). And if Cherish is there, expect her to do the rounds too, taking selfies with the guests - so it's an absolute must for any fan of the show too.

The Langham Afternoon Tea with Wedgwood is £49 (or from £59 with a glass of Champagne to start). Find out more.

Hot Dinners were invited to the Langham. Prices are correct at the time of writing.