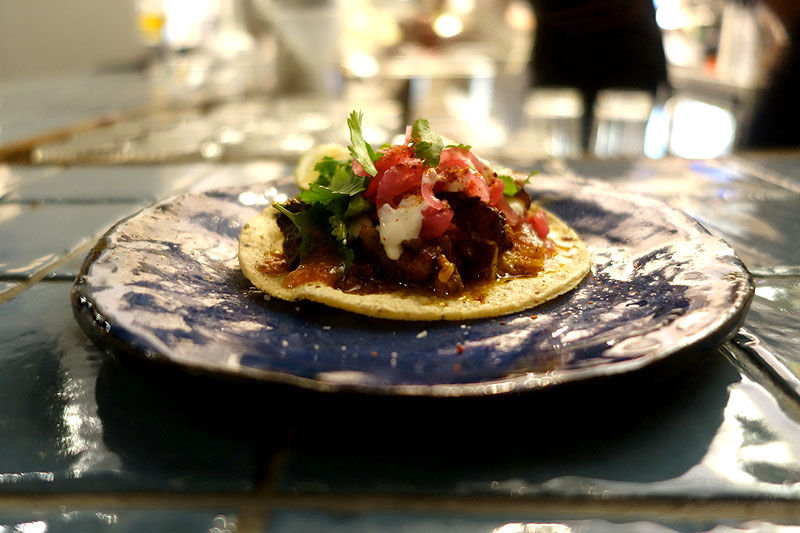 So what should we know about Breddos?

If you're looking to distinguish Breddos from all the other taquerias that opened in London just before Christmas, then this is the one that came up through the ranks. They started out as a stall in Hackney, earned legions of fans at Street Feast and now they've moved into permanent premises in Clerkenwell.

On Goswell Road, just north of Old Street. The nearest tubes are either Farringdon or Barbican.

Where should we sit

We perched up at the counter, and by now you should know that's our favourite place to sit. But if there are four of you, the booths along the left-hand wall looked pretty comfortable and there's a long communal table that seemed very convivial when we visited.

Not quite. The menu is split into snacks, tacos, tostadas and a small selection of dishes from the wood grill. In 90 minutes we managed to roam our way through each section, leaving plenty though to look forward to on our next visit (and there will definitely be one).

Our first taco was pig's head cochinita pibil with creme and x-ni-pek salsa (so called because it'll make you sweat like a dog's nose - don't say you don't learn anything from us) a cracking (and crackling) mix of piggy bits all crunchy and delicious (£3). Masa fried chicken at £3.50 was a more visually appealing arrangement of chicken with heritage tomato pico de gallo and habenero sauce. But we're clearly going to have to return for the baja fish which everyone else on our Instagram feed has been raving about.

I'll be honest, the sea urchin and queenie scallop aquachile with abocado, peanut and morita (£8.50) wasn't to my taste. I'm trying (and failing) to understand the appeal of sea urchin. But my dining companion - blogger Eat like a Girl - finished it off and pronounced it brilliant. 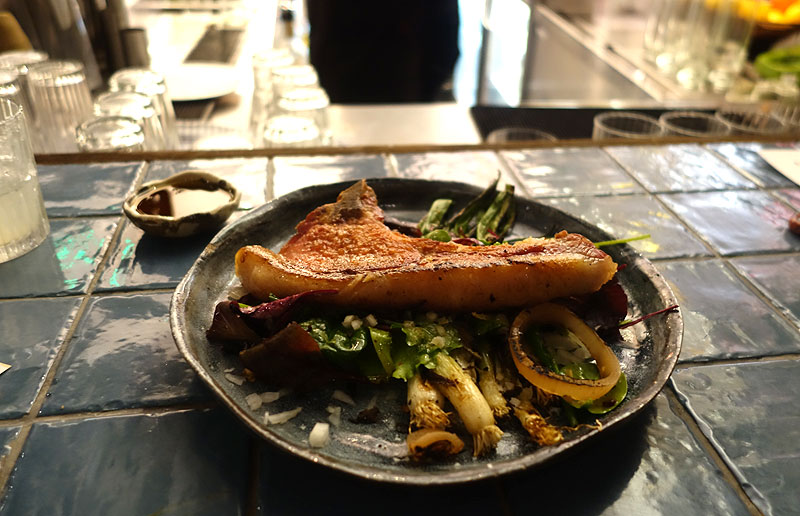 What you're really going to want to order is the Old Spot pork chop - a massive hunk of meat sitting on a bed of calcot-like grilled spring onions (£15). If you're a fan of things porky, there may not be a better example of it in London right now.

And make sure you have room for the queso fundido - a bowl of oozy, stringy cheese, studded with chorizo and served with nixtamilised potatoes rather than corn chips. If there's a more delicious way to spend a fiver in London, then we haven't encountered it. 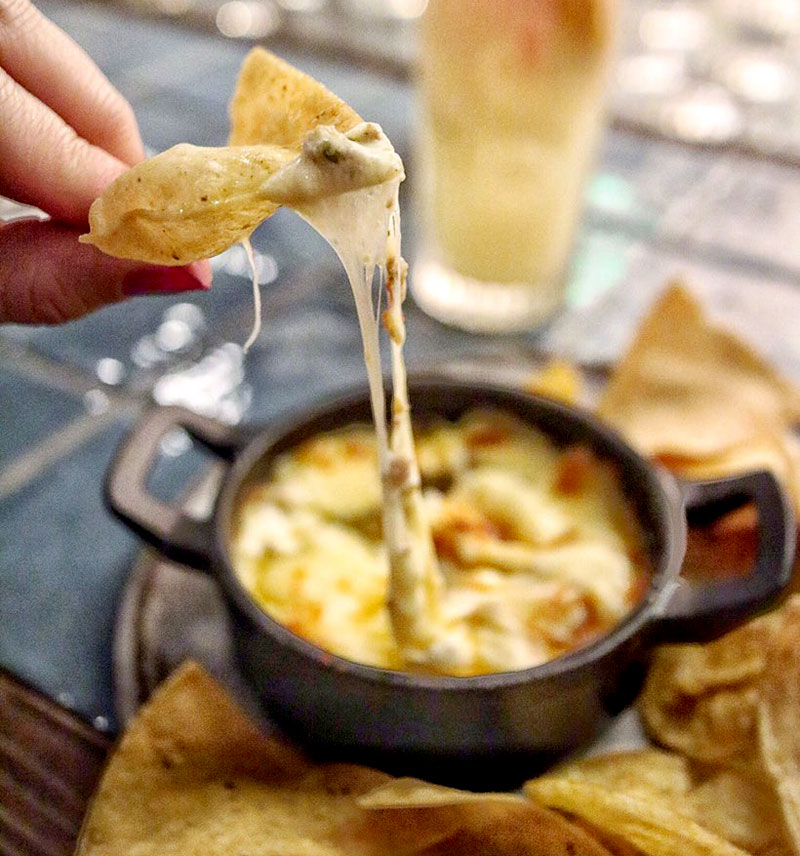 We think (it's a bit hazy recalling any pre-Christmas festivities) that we tried all three of their cocktails, which range in price from £8-£9. But if you're into your mezcal, get them to take one of the bottles down from the top shelf. Some of this stuff was acquired following an 'interesting' night in Tijuana and this is the good - if lethal - stuff.

It's nice to go against the grain of everyone else talking about how bloody awful 2016 was. Because this was a frankly brilliant meal to end the year on. How can any 12 month period be written off if it featured London getting a slew of great taquerias, with this prince among them? Breddos is brilliant. Begin 2017 by eating here and you'll have got the year off to a great start.

See all the photos from the meal in the Breddos Test Drive Facebook gallery.

Breddos is at 82 Goswell Rd, London EC1V 7DB. Find out more about Breddos.

Hot Dinners were invited to Breddos. Prices were correct at the time of writing.