Test Driving Breddos in Soho - tacos and margaritas all round 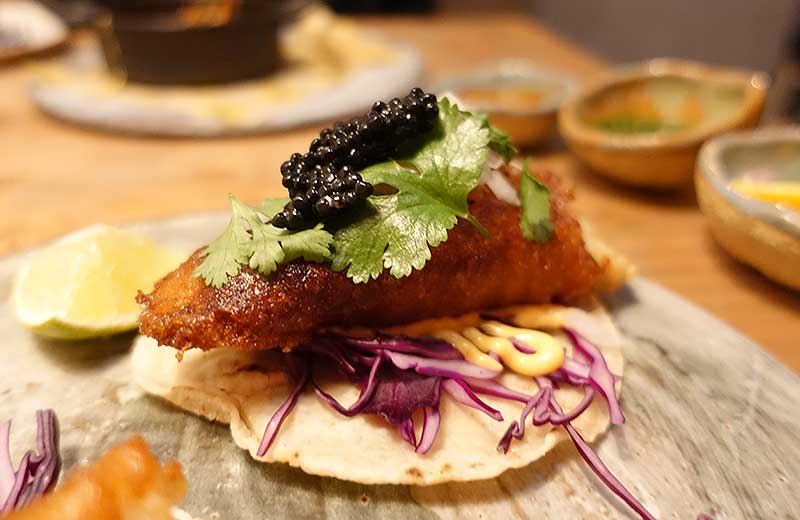 Baja fish tacos with a little extra caviar. Because why not?

What can you tell us about Breddos?

They started up as Breddos Tacos, appearing in various street food locations all across town. And at the tail end of last year, they grabbed their first permanent spot in Clerkenwell. There they became just Breddos as a lot more than tacos was added to the menu.

This sees them opening up their second restaurant, deep in the heart of Soho/Carnaby.

It's on Kingly Street, in the space that used to hold Shotgun (a couple of doors down from Dishoom). That's about a 5-minute walk from Oxford Circus tube station. 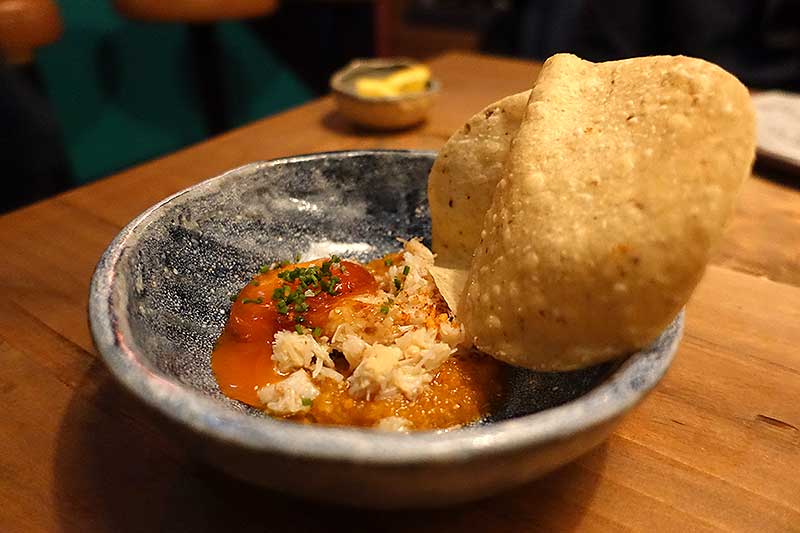 The crab and bone marrow nachos

There are a fair few spots in the immediate area. For some wine and maybe a very small snack, there's the nearby Wright Brothers (we often head here prior to a Carnaby meal) or head round the corner to Disrepute for a cocktail.

But if we fancy a cheeky margarita before?

Then you'll want to head straight down to their basement margarita bar and get yourself set up. If you're able to avoid having one too many frozen margaritas, then you have better restraint than us. For the moment you can only get snacks down there, but it's a handy/dangerous place to wait for a table upstairs. 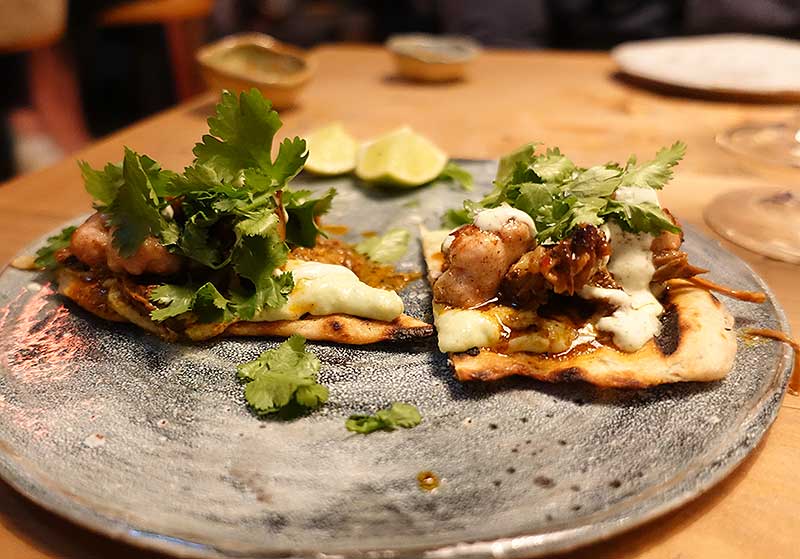 Lamb tacos pimped up with sweetbreads

Alas no - but we point you to the above answer for any concerns about waiting. Waiting is always better with a margarita in hand.

And how's the set-up inside?

If you've been to Shotgun, expect a significantly changed room from before. The best seat (for two) is the small booth in front of the back bar. And if you're popping in for a cheeky taco or ten, you'll want to grab a seat up at the bar. There's more space than Clerkenwell, but expect it to be busier too. 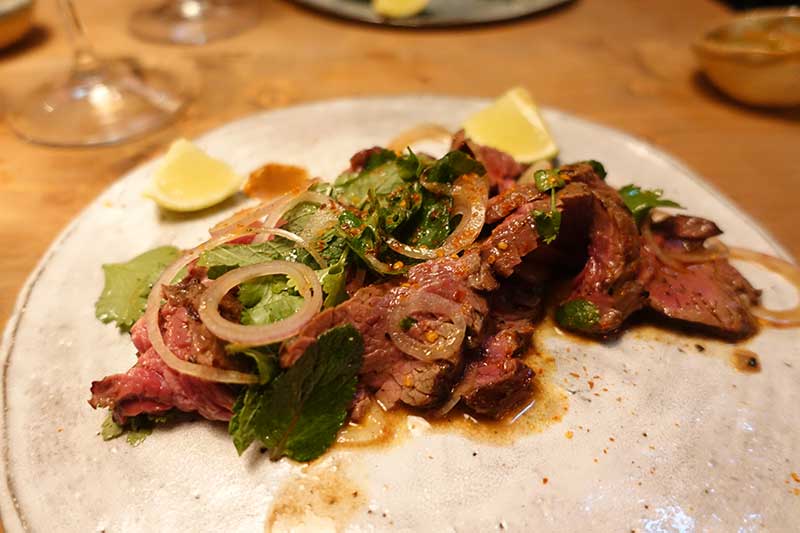 Getting down to business - what should we order?

The larger space means a larger menu than the original Breddos, while still retaining some of the classics. Things to look out for are:

But everything we had was highly accomplished, not to mention the queso fundido melted cheese snack. I hadn't actually had this before and am wondering where it's been all my life. And there's a lot on the menu we both still need to try.

As with any small plates spot - order what you're happy to have delivered to the table together and then repeat the process until your wallet or stomach can't take it. Although leave a space for what's next... 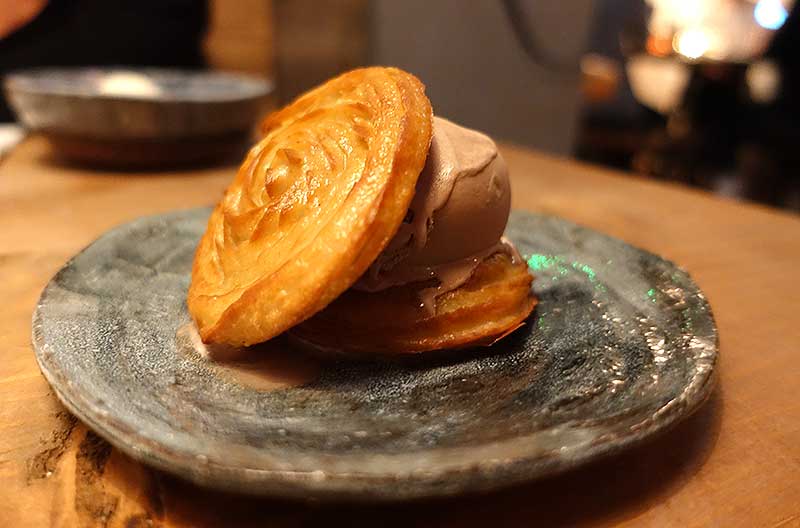 And what a dessert. Obviously, you'll be heading straight for the churros sandwich with chocolate and hazelnut ice cream (£6). And make sure you pick it up to eat it. The ice-cream will go everywhere, but it will be immensely satisfying.

A margarita will knock you back £8 (or £7 for frozen) and we can strongly recommend the Nomade - tequila, passion fruit, triple sec, lime, agave. And there are plenty of beers in 330ml cans at around the £5 mark, as well as house cocktails.

If you're going for wine, the house Verdejo is perfectly acceptable at £21 a bottle. There are only a few bottles on the menu and the prices soar upwards from there - right up to a £95 bottle of Le Coste 2014 if you just need to splash out.

And is there anything else on the horizon for them?

Yes! There will be a Mexican breakfast - but not until Jan 2018. So you'll have to hold on for your breakfast tacos.

Mexican food in London is properly hitting its stride at the moment. The first Breddos saw them shooting ahead as London's taco masters and this new place just cements their position.  We think you should just go for it with all the frozen margaritas and all the food you can handle. You can't fail to have a top evening out here.

Hot Dinners were invited to Breddos. Prices are correct at the time of writing.

How to book: no bookings, just turn up.