Test Driving Brigadiers - an extraordinary Indian gastropub in The City 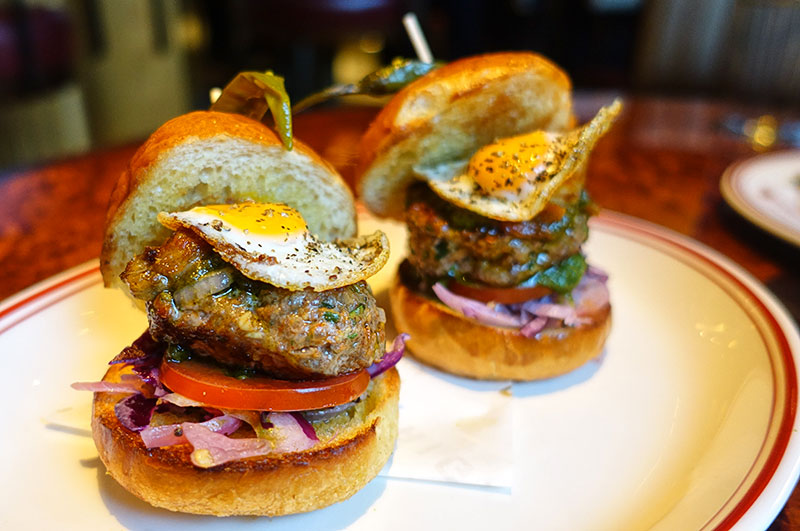 What can you tell me about Brigadiers?

It's the latest restaurant from JKS - aka the Sethi siblings who have been behind some smash hit restaurants. These include Trishna, Gymkhana and Hoppers (they're also key investors in Bao and Lyle's). So yes, they know a thing or two about restaurants. This latest opening is an Indian barbecue restaurant - but it can also be described as an "Indian Gastropub". In a good way.

It's the latest restaurant to open in Bloomberg Arcade, which already has Bleecker, Koya and more (with an Andrew Wong restaurant on the way too). It's equidistant from Bank, Mansion House and Cannon Street tube stations. 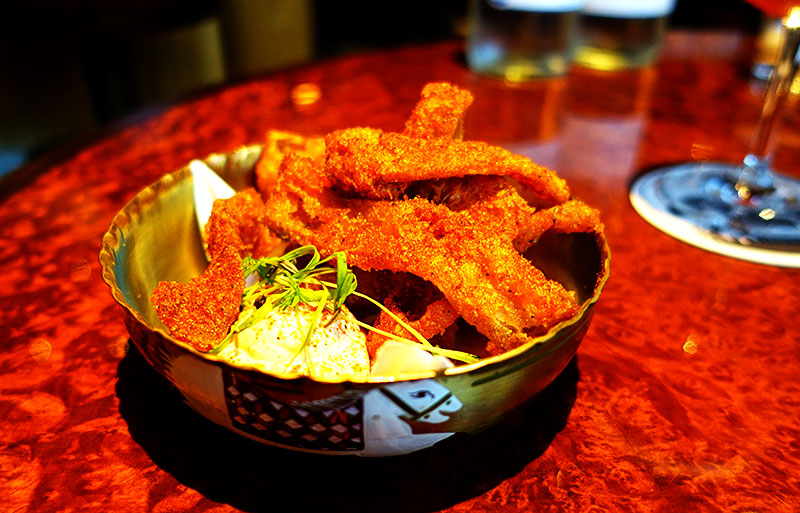 And there are quite a lot of rooms, aren't there?

There are indeed. Although Brigadiers is a completely new build, taking over the largest space in Bloomberg Arcade. Together with designers BradyWilliams and inspired by the Sethi's grandfather, an original Brigadier, and his 4th Gurkha Rifles ‘brigade’, they've transformed it into a warren of rooms - all serving a slightly different purpose.

Enter through the main door and turn right and you'll get to The Dining Room - which is more or less standard seating with The Tap Room at the back (standing room only). Or if you turn left, you'll reach Blighters, the main bar, where booth seating is more the order of the day as well as a central circular bar if you want to grab a stool for a pint or cocktail. But there's more...

As well as the main two areas, there are a number of private rooms, all suiting a slightly different need: 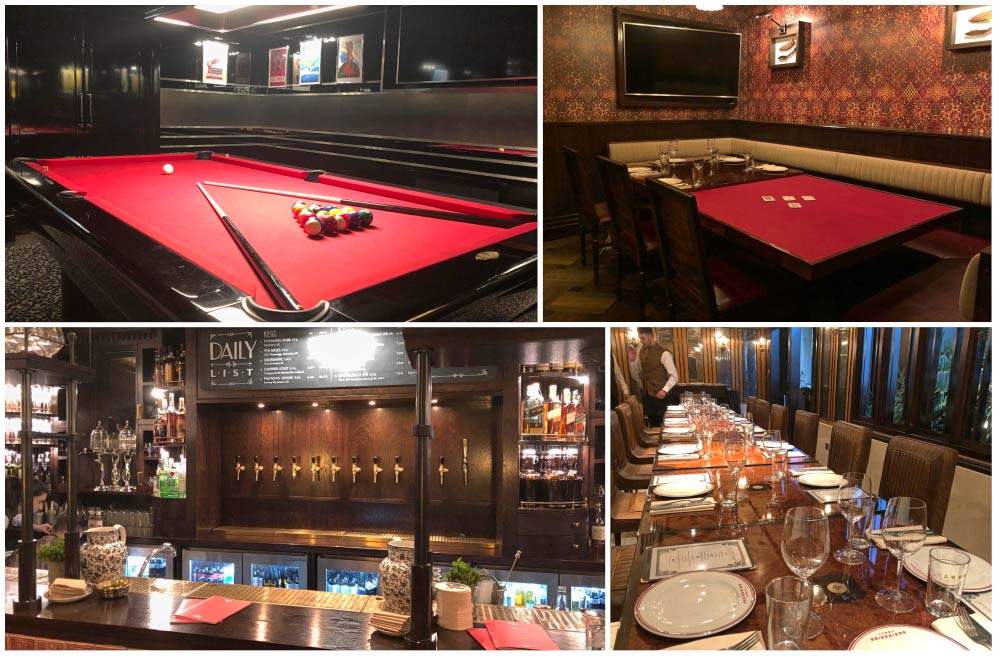 A selection of rooms from the restaurant - clockwise from top left, they're the Pool Room, The Kukri Room, the Pot Luck Room, and the Tap Room.

And a Pool Room too?

That's in a room in the centre of the building, connecting everything together. It can be hired out, but if it's not it will be available to all. And while, yes, the main event is the pool table, there are a couple of very cool features here too. First up is the Whisky Vending Machine. Which is a bit like the enomatic vending machines that you'll have seen in places like Vagabond. But it's used for rarer whiskies, which they'll keep on rotation.

And then this room also contains our favourite thing of the moment, what we're calling the "Magical Beer Dispenser". If you hire out the Pool Room room, you can choose what you want it to serve (we tried Brigadiers Lager) and all you have to do is to place the glass on the machine and it will magically fill from the bottom. It's mesmerising, as you can see from below.

Before the meal, where should we meet for a drink?

If you're meeting before heading to the restaurant, then Vinoteca or Caravan are both good places in Bloomberg Arcade itself. Or there's also The Ned, nearby with all its bar spaces.

But we think you should come straight to Brigadiers, either grabbing a stool at the Blighters bar or propping up a counter in The Tap Room, working your way through the current beers on tap. 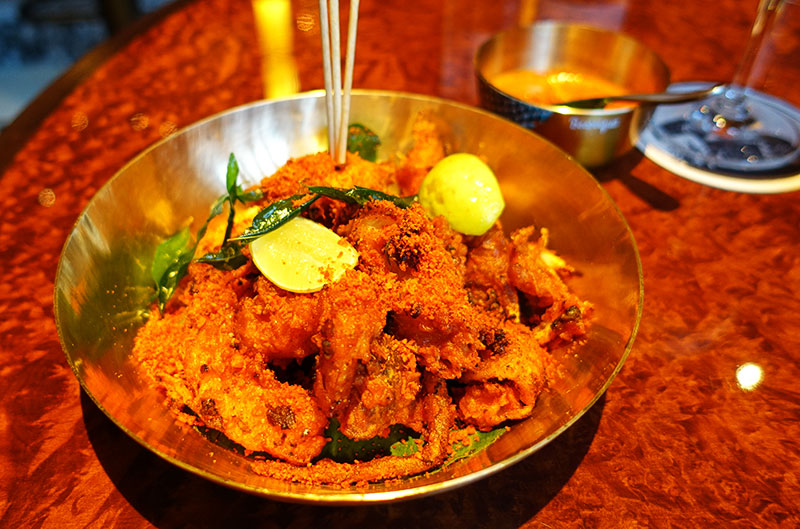 And how's the menu laid out?

It's a big one-sheet menu, broken down into LOTS of sections. Those are: "Beer Snacks and Bitings", "Chhota Chatpata", "Anda, Rolls, Bun Kebab, Pao", "Sizzlers and Kebabs", "Steak, Ribs and Chops", "Rotisserie and Wood Oven" and finally "Biryani". And that's before we get to the long list of sides and the desserts. It's one of the largest and most varied menus we've seen in quite some time, so much so that you can't possibly take it all in on your first visit.

That said, there is the Business Lunch (2 courses £20, 3 courses £25) or the evening Feast (£50) options which can give you something of an introduction to the menu. 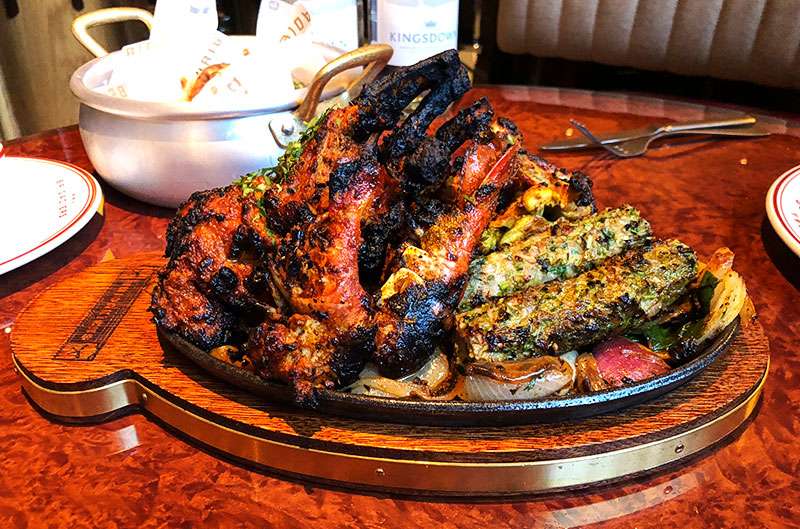 So the beer snacks section is the first port of call, yes?

Of course. Grab a few dishes from this and that will give you the time you need to work out what you want from the rest of the menu. We had two outstanding snacks. First, the chaat masala pork scratchings with cod's roe and green chilli raita (£4) - because how can you possibly go wrong with pork scratchings and cods roe? (Answer - you can't).

And we followed that with the prawn, soft shell crab and squid telicherry fry (£12) which was one of the top dishes of the night. 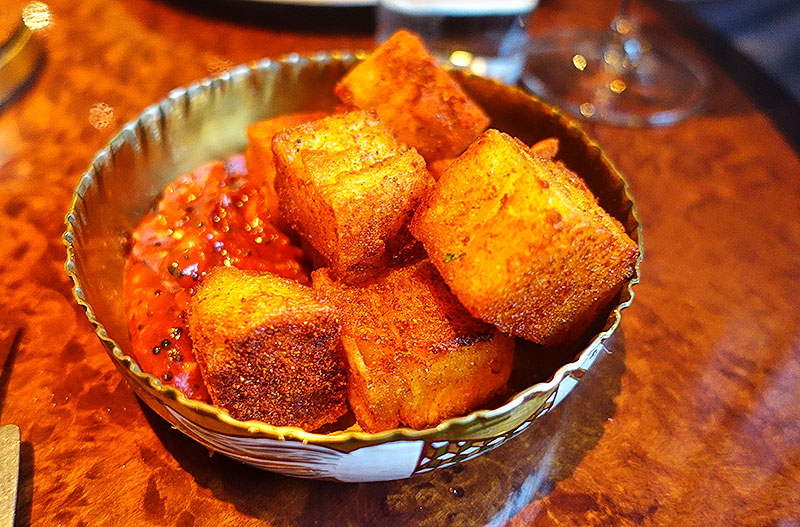 How about the rest of the menu?

Given the size of the menu - we tried a tactical approach - so first we ordered the goat tikki bun kebabs (£10) which came as two sliders topped with a fried quail's egg. Devoured almost instantly.

Then, in order to try as much as possible, we ordered the Mixed Grill Sizzler (£45 and easily serves two). This comes with a selection from the various grill/rotisserie sections of the menu - so there's a guinea fowl kebab, Indian 5 spice chicken chop, tandoori lamb chop, tandoori masala jeengha. Some of these are definitely on the hotter side of things, so if that's a concern, maybe head towards the Biryani section - where the beef shin and bone marrow biryani (£22) sounds very tempting.

You can also order their bread basket (£6) - a selection of chilli cheese naan, onion and coriander kulcha, pudina lacha paratha. But whatever you do, don't miss the chaat masala aloos - essentially an Indian spiced version of the confit potatoes you might have encountered at Quality Chop House. These are amazing.

What we didn't have, but have been highly recommended to try, were the original butter BBQ chicken wings (£7) from the Chhota Chatpata menu. So don't miss those like we did. And we really want to go back and try the Tandoori Chicken Club Sandwich (£14) too. 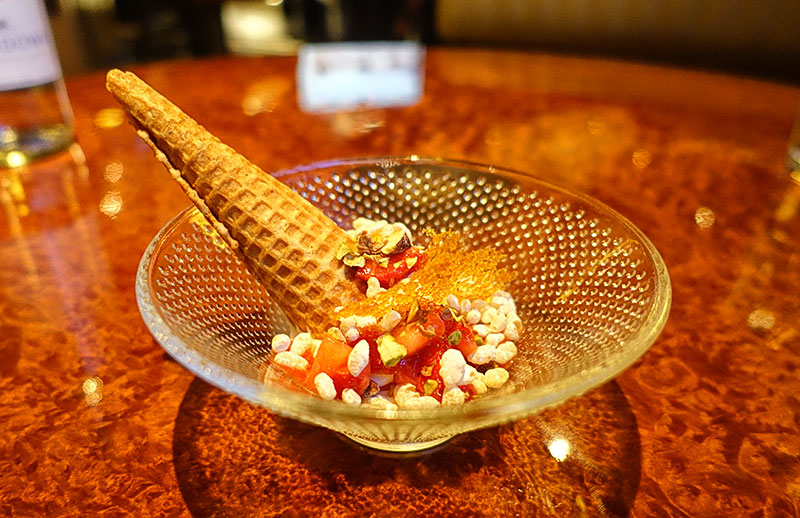 Given all that food before you even get to dessert, you'll be pleased with the short list of soft-serve ice cream sundaes. Our choice was the Roasted Kheer Kulfi (£7.50) - strawberries, puffed rice, black pepper caramel, brown butter waffle cone.  That said, the Banana and Yoghurt Kulfi - with fennel seed butterscotch and sweet pickled bananas - also sounds amazing.

Obviously, as it's a pub, the beer is a big thing, yes?

Apart from the aforementioned Magical Beer, they'll have ever-changing beers on tap in the Tap Room (all served in 2/3 pints) and the ones to seek out are those where they've teamed up with breweries to create something new for Brigadiers. They are the 4th Rifles pale ale created with Thornbridge brewery and the Tropical Cyclone Mango IPA created with Harbour in Cornwall (and which obviously has a hint of mango in the flavour). Both are well worth your time. 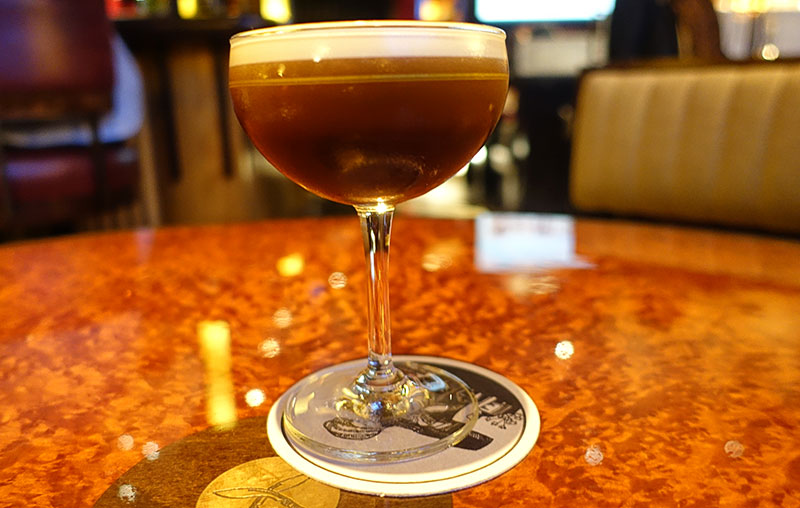 But not just beer..?

Nope - there's a lot more to the list, starting with cocktails, where alongside the main list there are also a couple on tap - a nitro espresso martini and a "Hand Pulled Old Fashioned" (both £10) which we finished off the night with. Because all dinners should be finished with an Old Fashioned.

We'd also recommend their whisky sodas, which they actually sent us a few samples of. All of these have a variety of Johnny Walker, ranging in price from £9.50 to £20. That high-end soda is the YPS Private Reserve - Johnny Walker Blue, Golden Syrup and walnut - that was our favourite (and before we knew it was the high-end one).

There's also a list of champagne and punch fountains to share, a whisky map which lets you choose according to taste - e.g. deciding how heavy/smoky you like your dram to be, plenty of soft cocktails, while wines by the glass start at a fiver.

So you won't be short of choice on the drinks front...

There's no question that Brigadiers is a highly impressive venture. They've created something quite unique out of the Bloomberg Arcade space, that's both nothing like what the JKS team have ever created while also being an evolution of what's gone before. It will go down a storm in the City and anyone who's liked the food at Hoppers or Gymkhana will find plenty to love here.

Now please excuse us while we go back and look at that Magical Beer vid one more time.

Hot Dinners were invited to Brigadiers during their private launch phase. Prices are correct at the time of writing. It opens on 6 June 2018.

Where is it? Bloomberg Arcade, 3 Queen Street, London, EC4N 8BN