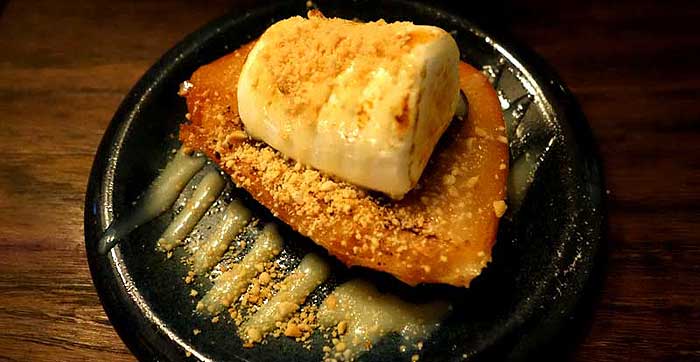 So tell us about Mr Bao

Tucked away at the end of Peckham’s bustling Rye Lane, Mr Bao combines fresh Taiwanese flavours with locally sourced ingredients. Although it’s hot on the heels of the Soho cult fave, co-founder Frank Yeung tells us Mr Bao was already in the planning phase when Bao opened. Mr Bao doesn’t need to worry about being in their shadow though - their inventive menu, offering brunch at the weekend, is bound to set them apart.

Where should we get a drink beforehand?

In the arches underneath Peckham Rye station you’ll find Bar Story - the definitive Peckham boozer. It’s beloved by hipsters but manages to live up to the hype without trying too hard, thanks to its minimalist decor and very agreeable happy hour. From 6-7 pm every day you can get two of the same cocktails for £7.

Where is the best place to sit?

If you’re eating on your own or as a pair,  grab a seat at either of the bars at the front and back of the restaurant. You’ll either be able to watch your cocktails being freshly prepared or overlook the comings and going of Rye Lane. Mr Bao sensibly bucks the no reservation trend, and whilst most of the tables are kept free for people to wander in, they do take some bookings for dinners and brunch. If there’s more than two of you, it’s worth ringing ahead and bagging one of the larger tables.

The menu at Mr Bao is simple - offering eight sharing dishes, and four different bao buns. You could quite happily stuff yourself with the enticing sharing dishes - but it would be a crime not to try at least two of the baos. Here’s what we went for:

The wine list is minimal but respectable - you can get a glass for around £5, or a bottle for around £25. The real stars of the show, however, are the cocktails and Taiwanese beer. We tried the Awaken Punch, made with chilled sake, lemonade and pomegranate juice, and the lime beer. Fun fruity booze is definitely a great accompaniment to the food - but the freshly brewed teas are also a great option if you fancy something lighter, or want to linger after you’ve finished.

Although it’s only been open a matter of weeks, Mr Bao already feels like a cozy beloved restaurant you’ve been going to for years. A very welcome addition to Peckham’s burgeoning foodie scene.