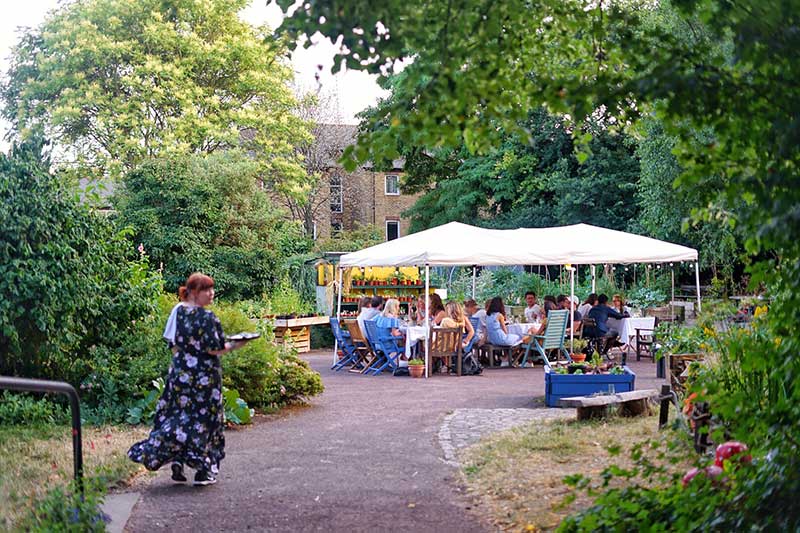 If, like us, you consider al fresco dining to be the pinnacle of a London summer, then Cub’s series of Secret Garden Supper clubs are an event you won’t want to miss. Scheduled for dates in July and August, the sustainability-focused restaurant is taking their experience outdoors with a series of Sunday supper club events held in community gardens across London.

To find out more, we stopped by their first event last Sunday. The ‘secret’ aspect of the supper clubs refers to the location, which is revealed on the day along with the menu. Armed with only a postcode, we arrived at St Mary’s, a community garden in Hoxton to find the kitchen and bar team setting up for service in a portacabin.

The format of the menu is similar to that of their Hoxton restaurant with one key difference – the direction of the menu is dictated by the produce grown on site – making each of these dinners unique. The menu winds its way through cocktails and sharing dishes, brought together using seasonal and entirely sustainable produce for both.

After a warm welcome from Cub’s general manager Maja Jaworska, the meal progressed at a rapid pace and featured a prodigious amount of food - no fewer than 14 dishes and drinks - almost all of which featured ingredients from St Mary’s garden. Whilst the menu we tried won’t be repeated, we thought it worth highlighting a few stand out drinks and dishes:

When we first visited Cub last year, we were impressed by the thought provoking and ambitious offering. The Supper Club series looks to take their concept event further, keeping the team on their toes and give them another platform to develop creative menus – much to our delight. 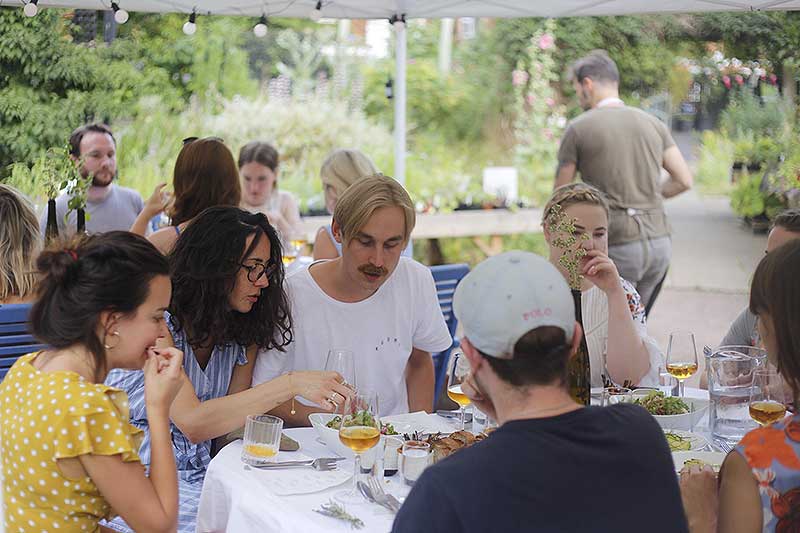 Hot Dinners were invited to Cub. Prices were correct at the time of writing.

How to book: Places cost £60 and can be booked at www.lyancub.com.