A return visit to SOLA in Soho - the Californian restaurant evolves 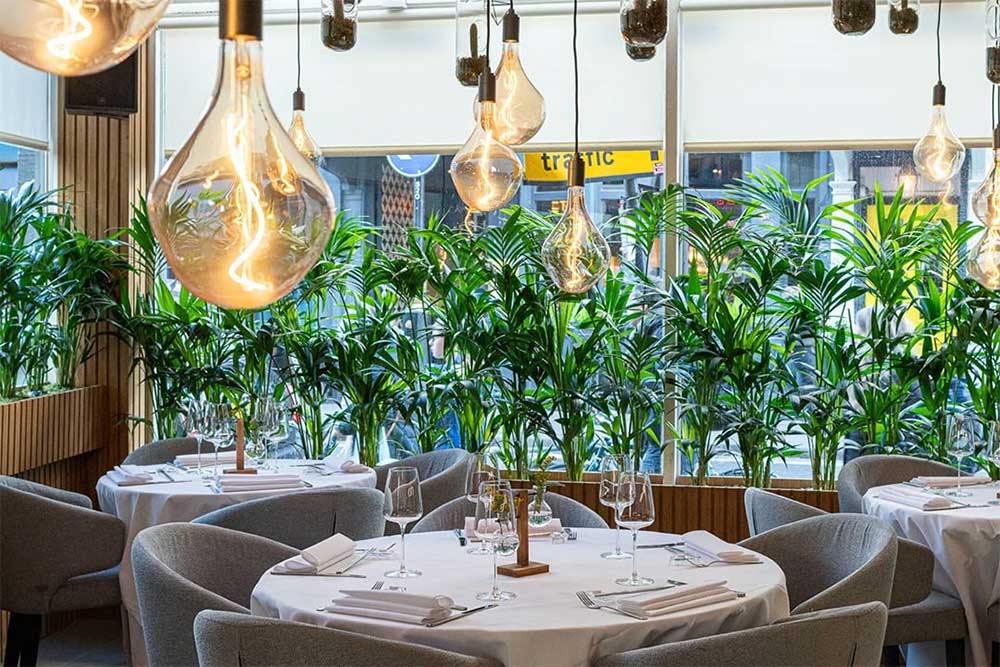 It's been almost a year since we first took chef and restaurateur Victor Garvey's Soho restaurant SoLa for a Test Drive. Back then we were very much taken with his West Coast fine dining vibe. But nine months (and a pandemic) later, and both the restaurant and menu have very much moved on.

Back then there were three menus on offer, now there are two. There's a prix fixe with five courses for £69 or - and this would very much be our recommendation - the Taste of Cali tasting menu with ten courses for £119. There's also, if you aren't keen on heading into town, his Bento box which FT writer Tim Hayward declared to be "heartbreakingly perfect".

As for the food, as Victor explained to us: "For years doing Spanish food, I felt a bit typecast, like I had to cook inside a box. While this is Californian food, it’s also my personal cuisine, so I’m able to branch out and use more interesting and varied techniques."

What diners today will find is a distinct Japanese influence in the menu too. "I’m currently exploring Japan as a source for inspiration. I spent a year there doing various stages and I can’t think of a cuisine that has marked me more. It’s also quite harmonious as California is probably THE centre for great Japanese food outside of Japan."

This focus extends to the wine list. Sommelier Harry Wilkinson spent lockdown working at Orasay with Jackson Boxer, but now he's back with an inspired US-heavy pairing, taking in everything from a low intervention Tendu Clarksburg Cortese from Jill and Steve Matthiasson to a Garnacha Blanca from Kongsgaard winemaker Evan Frazier's side project Ferdinand Wines.

But enough about all of that - here are some of the highlights of what we had (don't want to spoil the surprise by showing you everything!). 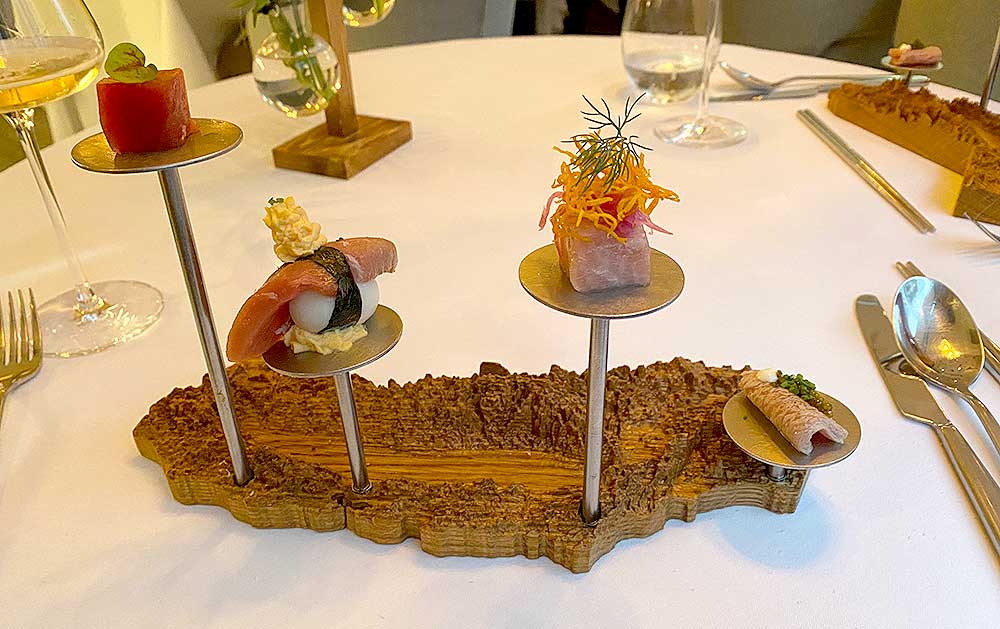 The Whole Tuna - canape course served on a piece of Californian redwood - this is four cuts of tuna - arami, chu-toro, o-toro and kama-tobu. 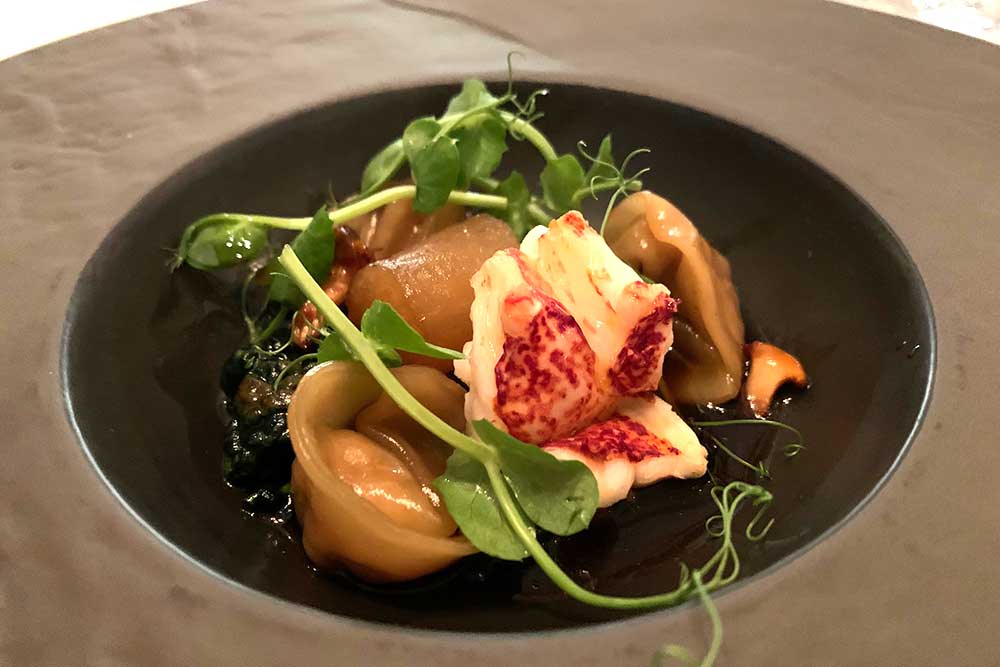 Flambe native lobster - the lobster is torched on a hot stone by the table before being added to a bowl of wild mushroom dumplings in a dashi broth. 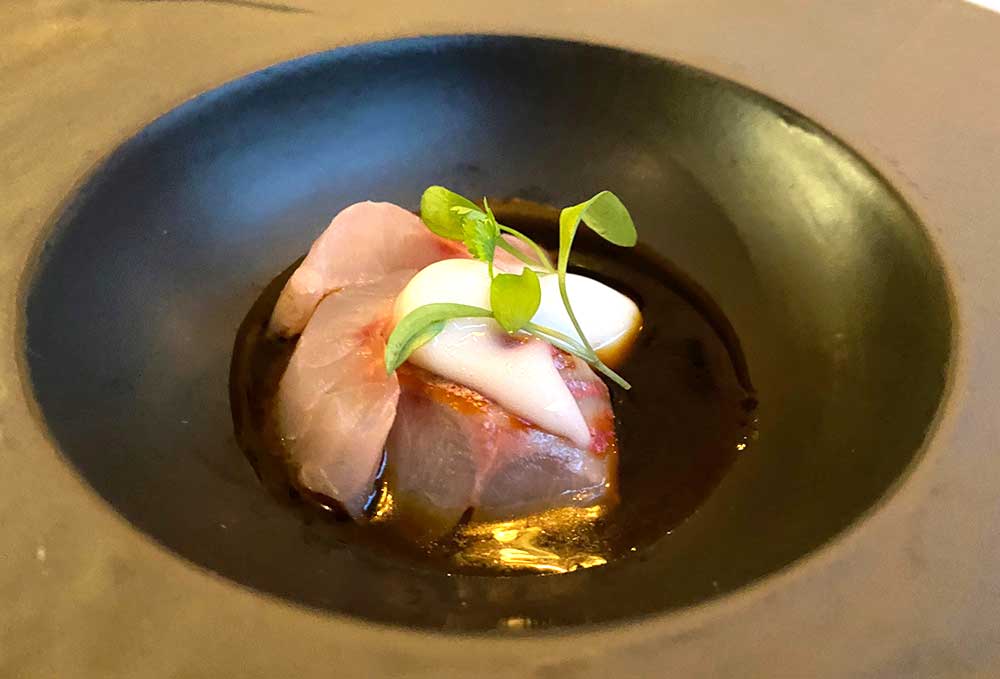 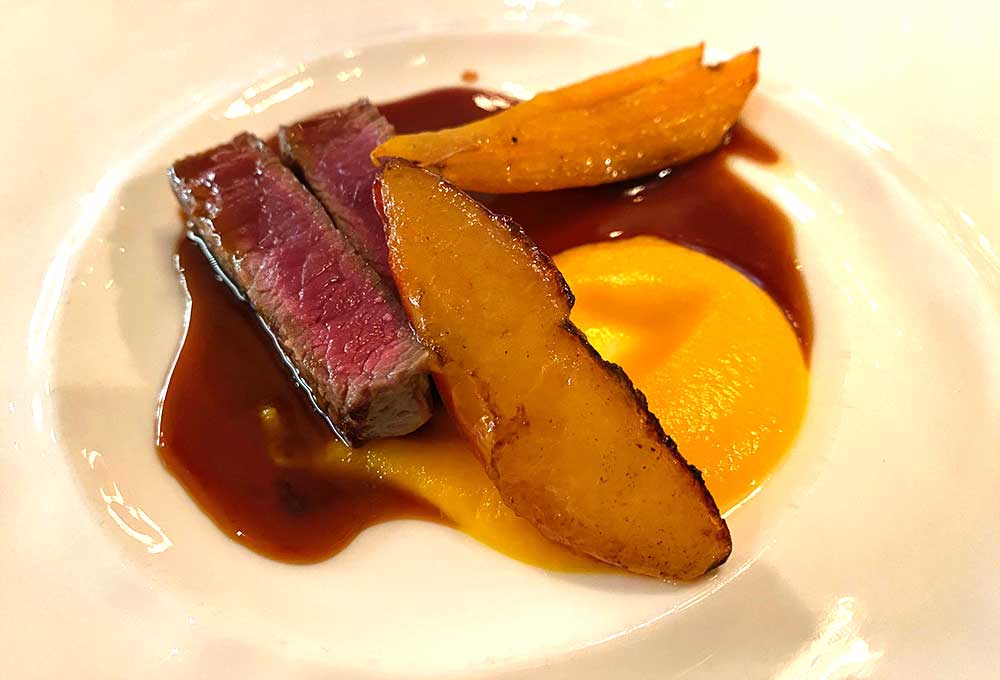 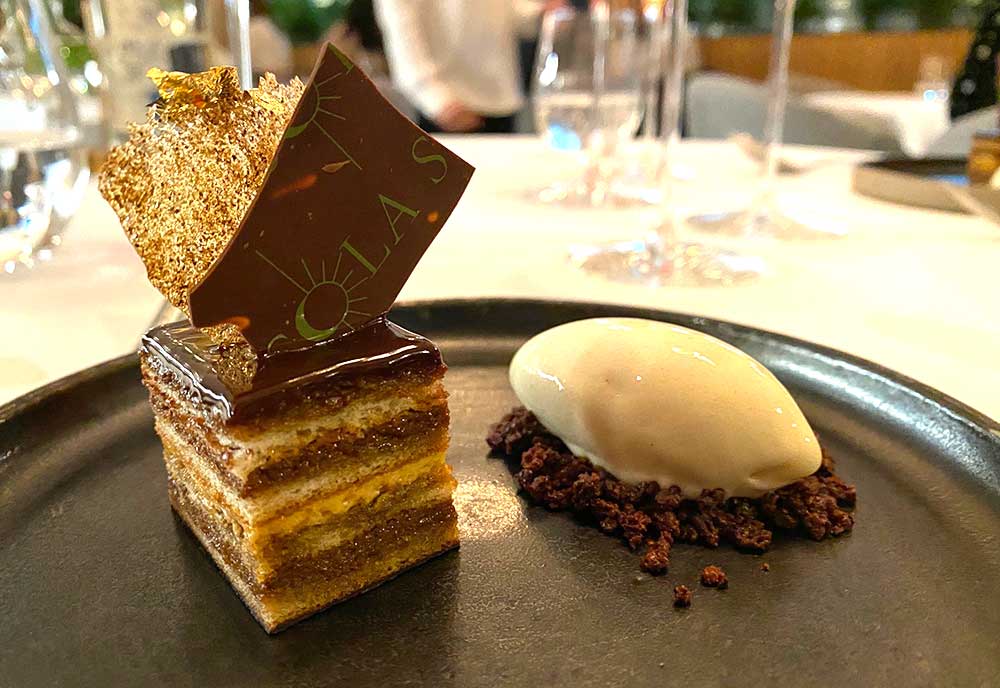 An opera cake with a difference - with layers of porcini and salted caramel and served with a banana sorbet.

Overall thoughts: Our dinner at Sola was only our second meal out since the 10pm curfew was introduced and, to be honest, we weren't too sure how we'd even manage to do a full-blown tasting menu and make it back to the tube before every drinker and diner in London hit it. But the perfect front of house team did a brilliant job of getting us out before curfew without ever feeling at all rushed.

More importantly, this is a restaurant that's really serving up amazing food with the added bonus of a wine list you won't find anywhere else in London. Definitely worth heading into Soho for.

Hot Dinners dined as guests of SOLA. Prices correct at time of publication.