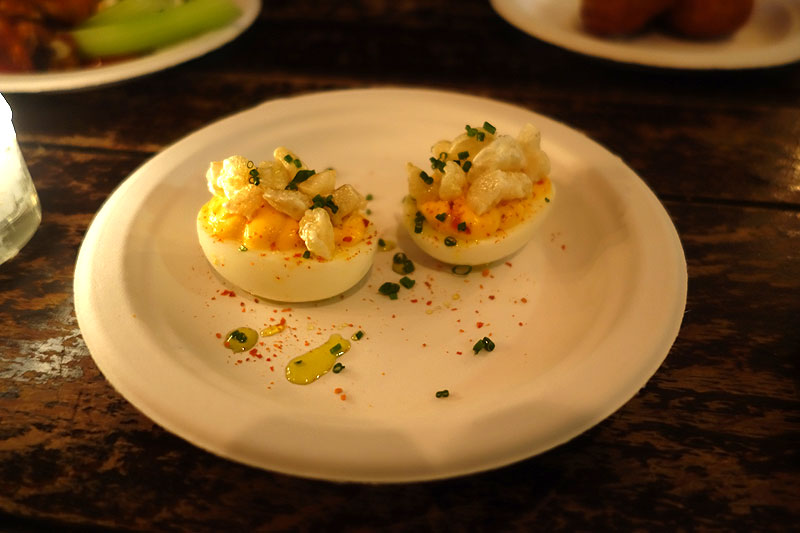 Nick Bramham spent three years as sous chef at the Quality Chop House. When he left there he spent time travelling through America which is where he got the inspiration for his new business. He's traded at Kerb before. The name derives from the New Orleans tram workers union whose strike action was sustained by free sandwiches made by the Martin Brothers who said of their customers approaching, "here comes another po' boy."

Where is it currently?

All manner of New Orleans-inspired loveliness. Nick has married British ingredients - sourcing rare breed beef from the Quality Chop House butcher and chicken from Fosse Meadows Farm. Everything you eat, from the pickles, slaws, krauts, ferments, sauces and mayonnaise is made in-house and from scratch. So they're putting a British spin on the traditional NOLA Po' Boys culture. 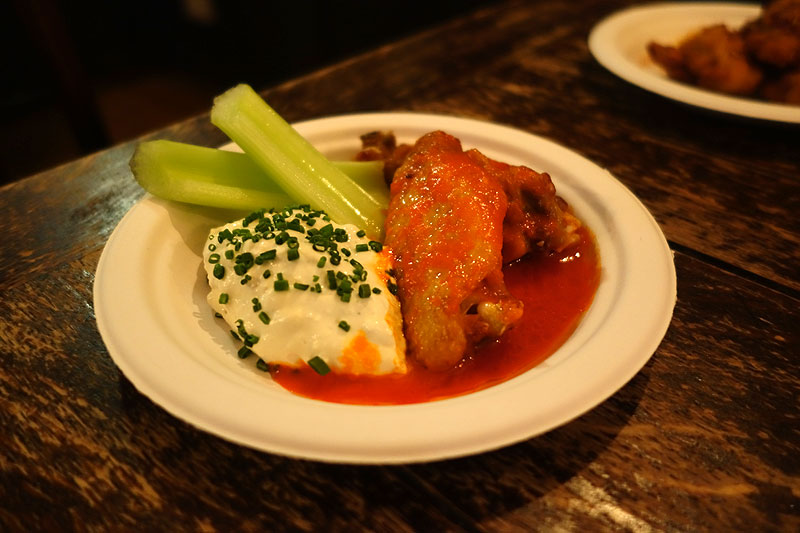 You will want to order ALL of these.

Then move on to the wings (small - £5, medium - £9 and XL- £12) which are confit'd in duck fat and fried before being served with a Stichelton blue cheese dip. Thankfully you also get celery sticks for hoovering up the rest of that dip. 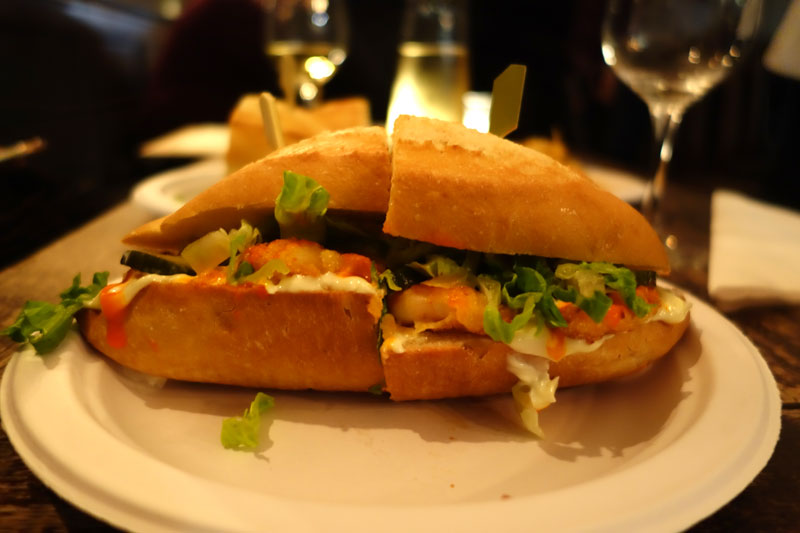 There are three standard Po-Boys, a veggie option of field mushroom with pickled pepper and halloumi (£7), buttermilkffried chicken (£9) and beef shin debris with bone marrow gravy (£8). On our visit there was also a guest sarnie of spiced polenta-fried shrimp with gem lettuce, aioli, pickles and house hot sauce for £12. We had the latter two and they were both marvellous, messy sandwiches - hard to find better pub food than this.

Don't - whatever you do - omit to order the matchstick fries with came covered in this insanely addictive Creole salt (£3).

Check out the full gallery of our meal on Facebook.