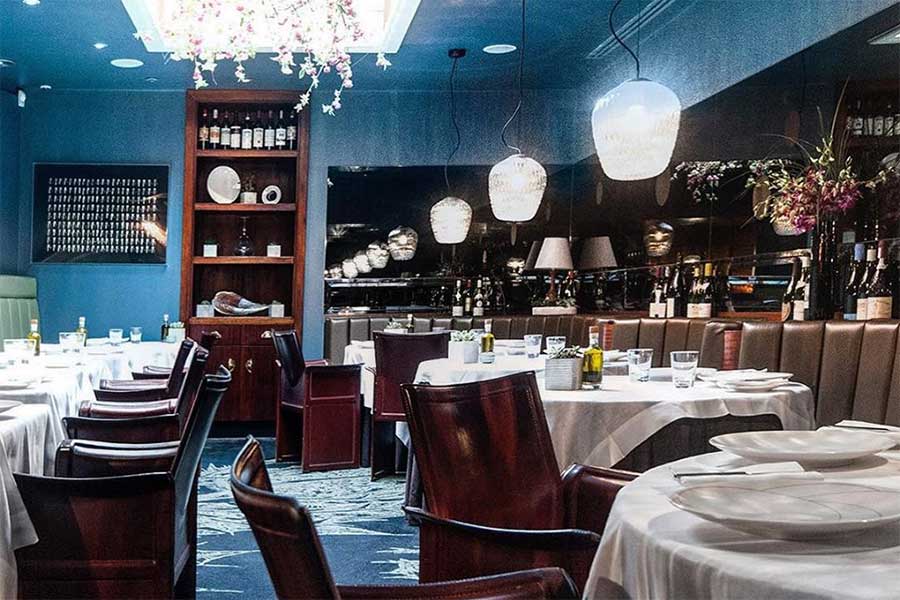 The rear dining room at Pied a Terre on Charlotte Street

So what do we need to know about Pied a Terre?

From restaurateur David Moore, this classic London restaurant first opened its doors back in 1991 and has held at least one Michelin star continuously since the 90s. Over the years, the kitchens here have seen some of the city's best-known chefs running the show, ranging from Shane Osborn through to Tom Aikens, Richard Neat and most recently Andy McFadden.

About halfway up Charlotte Street - the nearest tube is Goodge Street.

Vagabond Wines is a decent bar just across the street or there's always the Draft House on the corner of Charlotte Street and Goodge Street.

The dining room here is split into two. We reckon the front room looking out over Charlotte Street is probably best for lunch while the larger room towards the back is buzzier in the evening. If you're a largeish group, there's quite a big table here that would seat six easily.

There are no fewer than eight types of menu here, ranging from the flexible lunch menu at £60 (you choose whether that's a six-course tasting menu or three courses with half a bottle of wine, coffee, water etc) through to the chef's menu at £145. We went for the main tasting menu at £105 which is ten courses. Here's just a selection of what we had: 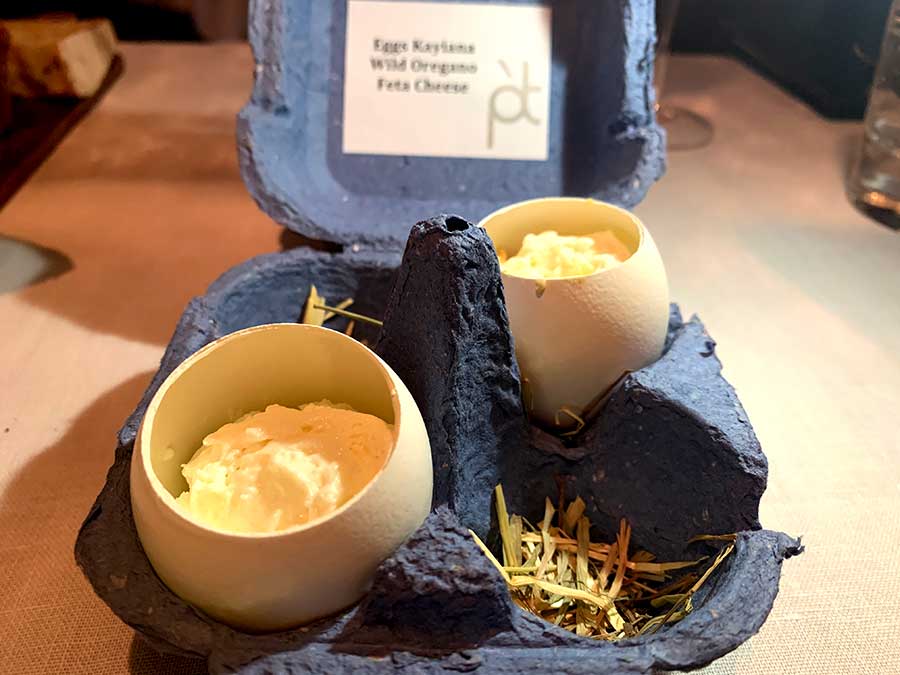 Canapes included this eggbox of duck eggs scooped out and filled with scrambled eggs, oregano and feta. 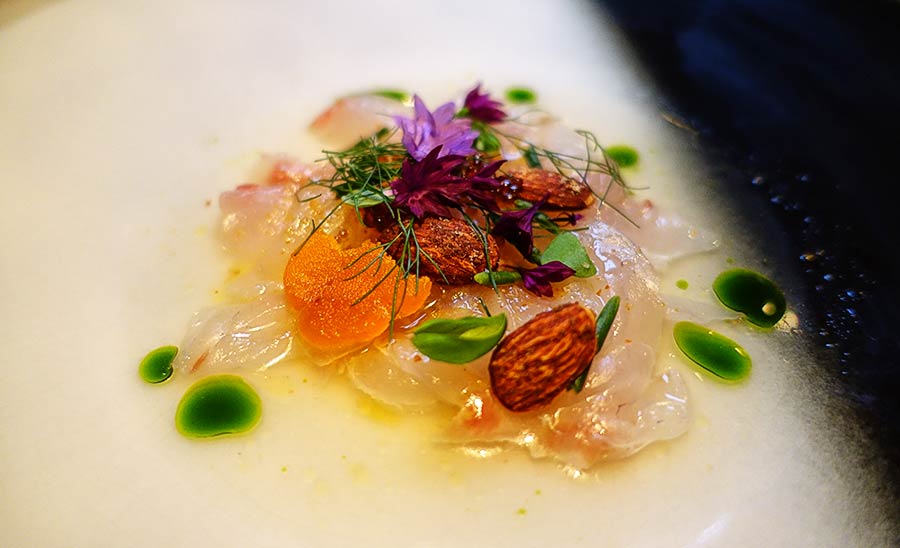 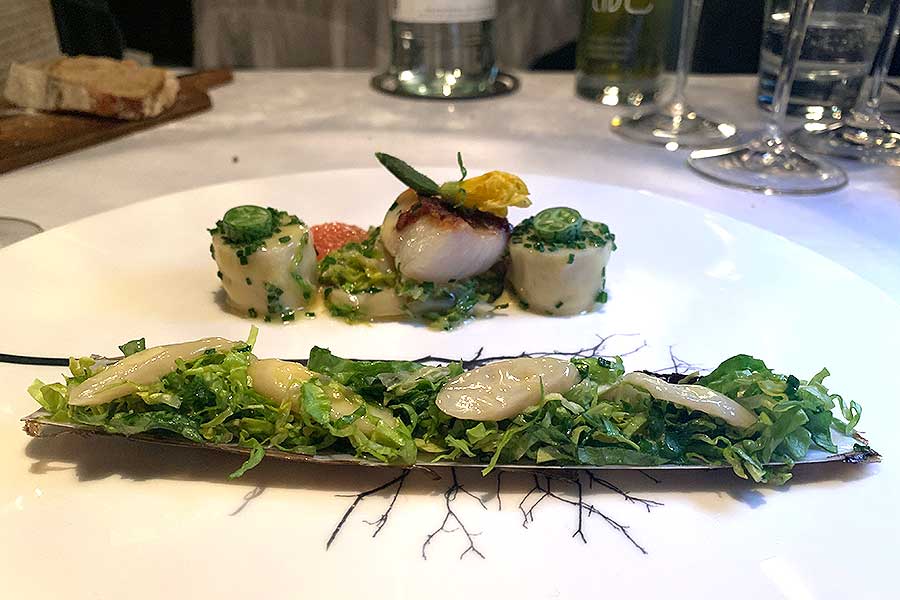 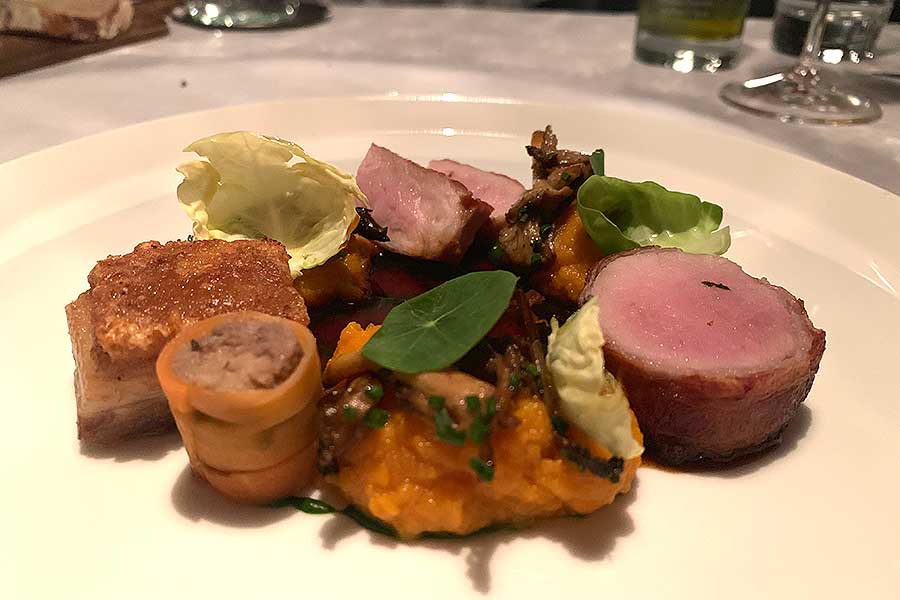 The meat course - a combo of Oxford Black and Sandy pork served up with sweet potato puree, watercress, chanterelles and a grape must sauce. 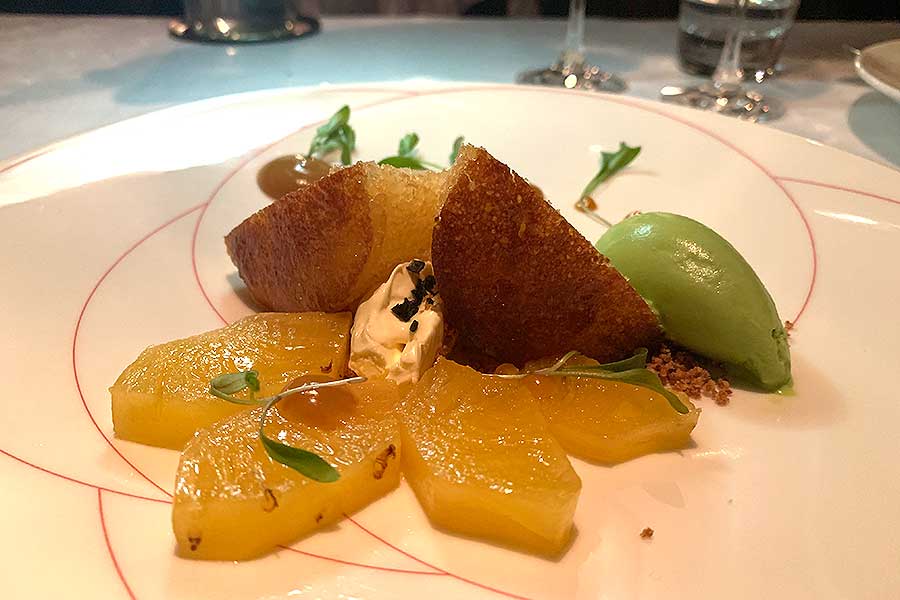 Plantation pineapple rum baba with olive oil confit pineapple, coriander ice-cream and a gorgeous dollop of clotted cream topped with caviar Maldon salt - hands down one of the best desserts we've had in ages.

Vegetarians and vegans are very well catered for here with a choice of a vegetarian and vegan a-la-carte as well as tasting menus (£94). We swapped out one of our normal tasting menu options to try one of chef Asimakis' new vegan dishes below. 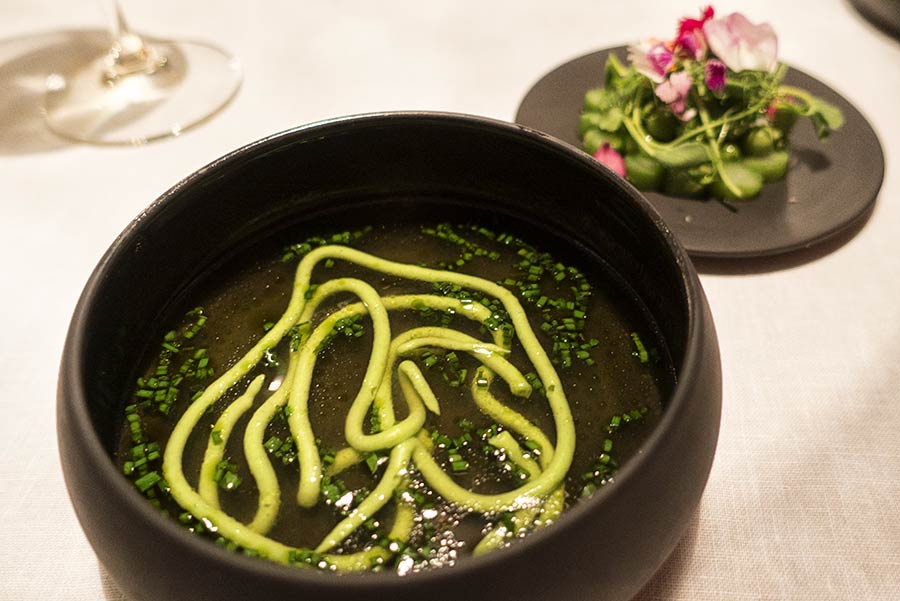 A quite extraordinary kombu broth into which pea puree is piped to form 'noodles' and presented with a side salad of freshly podded peas (they're only podded once the order comes through to the kitchen) and edible flowers which you add to the broth.

Pied a Terre's sommelier Tom Baxter is their secret weapon. This Cambridge graduate and Mandarin speaker treated us to matched wines with a difference. Instead of spending time at the beginning of each course telling us about the wines - he poured, left us to try and then guess what we were drinking.

But with wines including Cabernet Sauvignon-Marselan from China's Xinjiang Province and a Smederevka from Macedonia we didn't feel too bad about not correctly guessing ANY of them.

We certainly took our time in getting around to trying Pied a Terre, but having been now, we can see why this particular London restaurant has stood the test of time. Chef Asimakis' innovative touches keep this classic French menu interesting and restaurateur David Moore has put together a front of house team that really know how to look after both new and regular customers.

More about Pied a Terre

Where is it? 34 Charlotte St, Fitzrovia, London W1T 2NH