[SIGPLUS_EXCEPTION_SOURCE] Image source is expected to be a full URL or a path relative to the image base folder specified in the back-end but /blog/2012/cinnamonsoho/gallery is neither a URL nor a relative path to an existing file or folder.
0
Shares 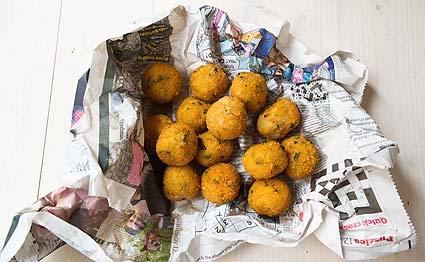 What do we know about Cinnamon Soho

Cinnamon Soho is the latest venture from Vivek Singh, the man behind Cinnamon Kitchen and Cinnamon Club. The move to Soho has meant a much smaller venue than you may have seen at either of those and he's taken the opportunity to come up with a new style of menu. As he told us recently, the menu has several references to British cooking, such as a rogan josh shepherd's pie, while putting a distinct Indian stamp on the dishes.

Its name may give the game away... But for more precise directions, it's on Kingly Street, just off Carnaby Street and only a few doors down from Wright Brothers Soho.  It's slightly away fom the main hustle and bustle of Soho, but the area's been getting a lot of attention from restaurateurs recently and we expect more newcomers to the immediate area.

We went just after Easter when there was a varied crowd, including a few families. The tables can be quite close together, so not a place for a quiet business chat - instead we'd say it has pretty broad appeal but is particularly suitable for a no-fuss dinner with friends.

Cinnamon Soho does have a small bar area if you're there before your dining companions, but there are only a few seats available (and no standing space). You're probably better off grabbing a drink at the aforementioned Wright Bros or if you prefer a pint in a pub the Clachan, also on Kingly Street, is recommended.

The Cinnamon Soho cocktails are worth a try too. A Spiced Berry Martini (with the spices adjusted to your taste) was gin infused with figs, naga bitters, lime juice, framboise and raspberries - this worked particularly well at kicking off the taste buds. We liked the idea of the Bhangra Bubbles - Rum, Chambord, homemade spiced syrup and champagne - but it was let down by a champagne that had been open for a while.

The upstairs area is less formal and likely to fill quicker - so we'd recommend sitting up here if you're after a buzzy evening. We do think the room could do with a few more pictures to brighten it up a little, though.

As mentioned, the menu breaks away from traditional Indian restaurants, taking a more modern approach as well as introducing a few touches from British cuisine. One of these is the selection of "balls" - crab cakes, potato bandas, vegetable shikampur, beef shammi kebab and bangla Scotch egg. Of these - the crab and vegetable were the most successful - but we have to admit to being slightly let down by the Scotch egg (there's a lot of competition in this area in London at the moment). Still - it's a good idea to order the selection (£8) while you're making your mind up on the rest of the menu. Ask the waiters to serve the balls first, as ours came with the starters, so they ended up chilling while we worked our way through the ball selection.

Other dishes we were impressed with were the cumin and coriander crusted mushroom on toast, which was fantastic - with an almost sweet flavour that worked well as an immediate contrast to the spiced balls. We'd happily return to grab a snack of that at the bar.  Of the mains, we went for The keralan seafood pie at £12 (a lightly spiced fish pie under a delicate pastry) and the seared sea-bass with aubergine-potato crush, which was delicious and also fairly mildly-spiced.

For desserts, the lassi panna cotta with tamarind glazed figs (figs were prevalant throughout the menu) was good, but a little too firm for our taste and we also had the chocolate goli.  These were essentially lightly spiced chocolate truffles which are a great option if you fancy a lighter dessert.

Cinnamon Soho offers a different take on Indian cuisine at down-to-earth prices right in the heart of Soho. The set meal at £18 for three courses is particularly good value for this part of town and the cocktail list is worth exploring. We think the upstairs room could benefit from a little more character - it doesn't have the cutting edge looks of say Roti Chai or Dishoom - but when full as it was on a Wednesday evening when we went, there's a great buzz.

Find out more about Cinnamon Soho

Hot Dinners were invited to eat at Cinnamon Soho.  Prices are correct at time of writing.