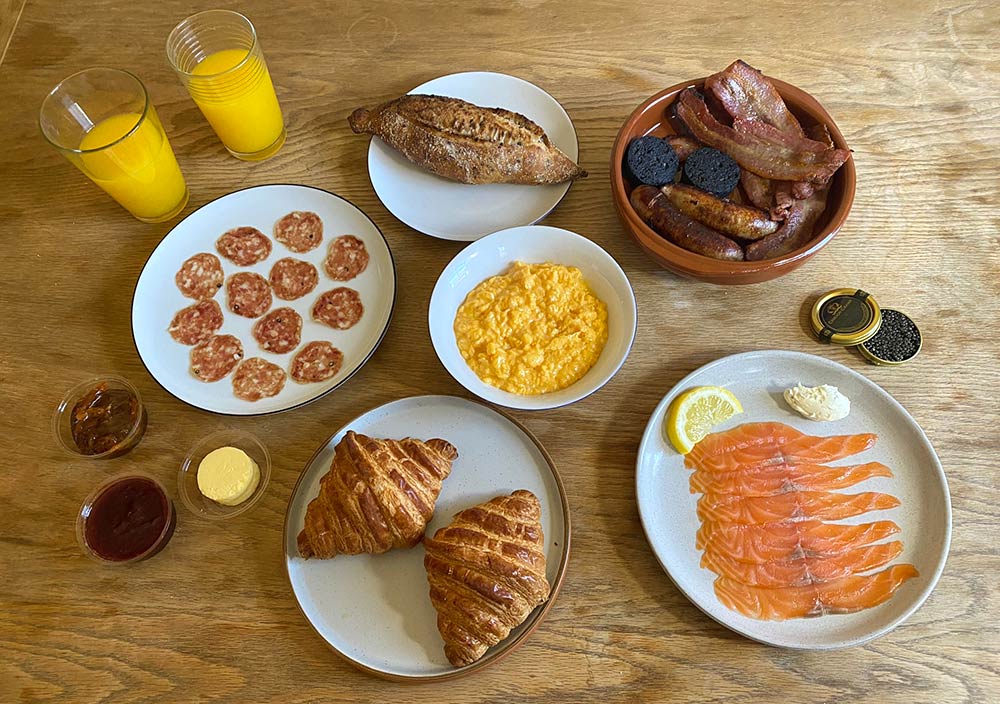 Yes, we did eat all of this in one sitting.

What do we need to know about Moor Hall?

The two Michelin-starred restaurant with rooms is just outside Liverpool and run by Mark Birchall. We visited a couple of years ago and it remains one of our favourite meals we've had outside of London. The breakfast at Moor Hall gets huge raves and when we visited, the morning spread more than lived up to the hype. So the opportunity to have a go at recreating this at home with the restaurant's breakfast box was not to be missed.

What's in the box?

So very many things. It really is an epic breakfast and you certainly won't need anything else for pretty much the rest of the day.

It takes in some of the very best from the restaurant. First up is yoghurt and their own granola and rhubarb compote, followed up by a seeded sourdough loaf, croissants and their apple cruffins. Those are just how they sound - a mash-up of croissant and muffin that are, frankly, amazing once heated up.

Then there's whisky-barrel smoked salmon, paired with dill creme fraiche and Exmoor caviar alongside some of their black pepper salami - both just plating and then devour jobs. 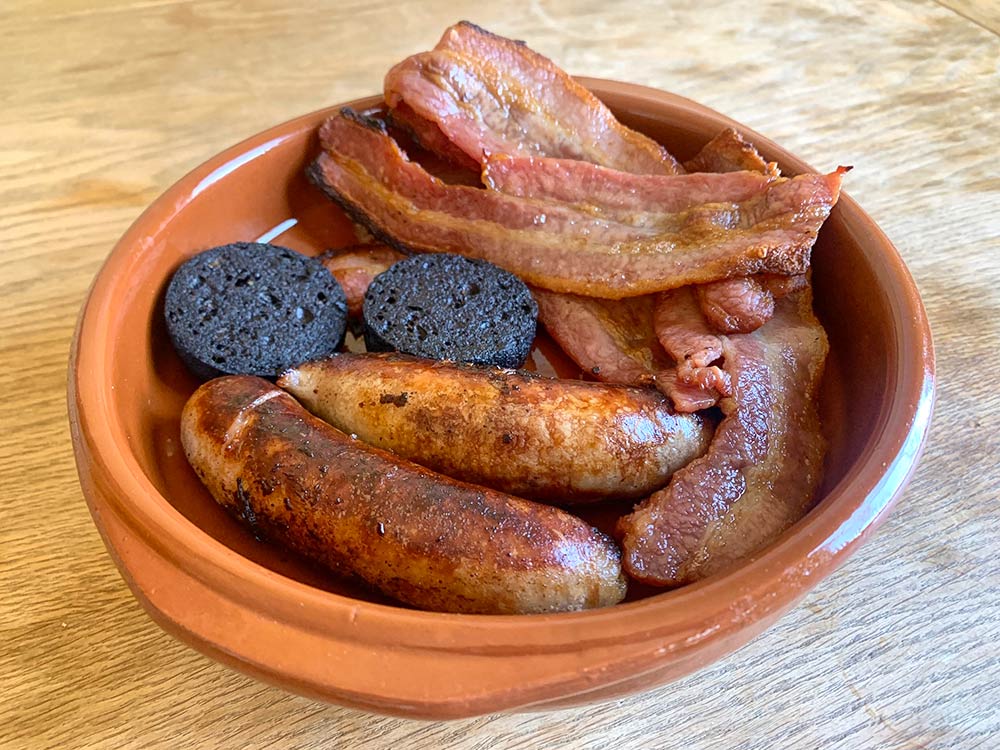 A proper English fry (and grill) up.

And the Full English?

So yes. it's one hell of a feast - and it even comes with a Bloody Mary mix.

How long is it available until?

There's the catch - the last box is on sale until midday on 20 April 2021. So if you fancy one, you'll have to act fast by ordering here.

What if I've missed the cut-off?

We'll let you know if they start selling more - but the restaurant and rooms reopens on 19 May - so if you fancy enjoying this amazing breakfast in situ, we can't recommend it enough. 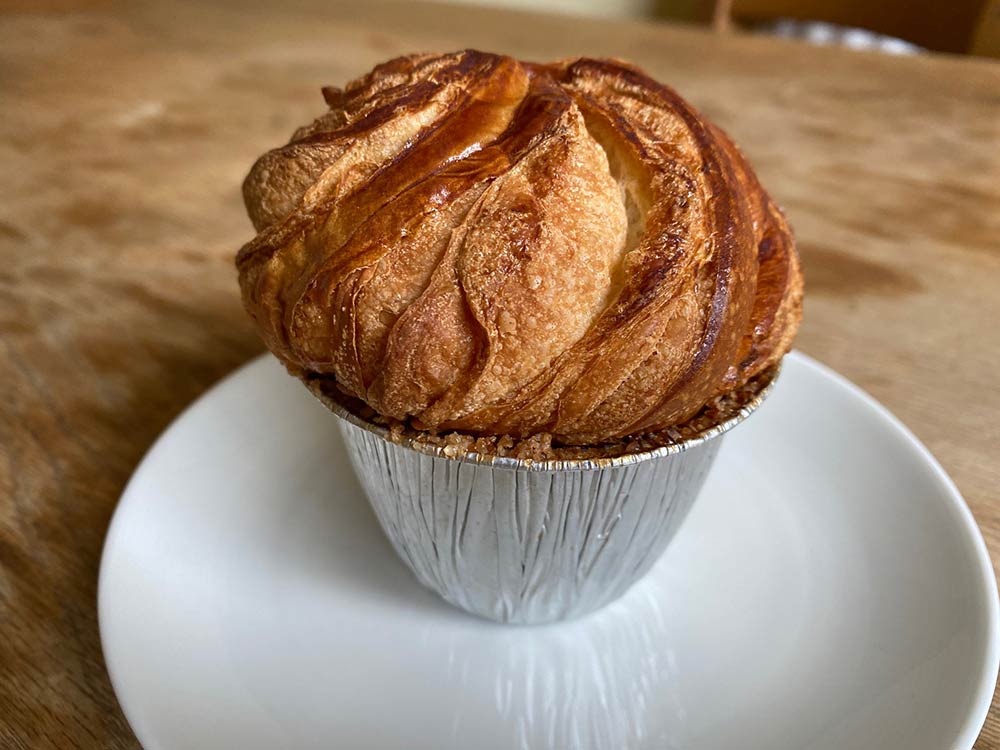 The apple cruffin. A thing of wonder.

Where is it? Prescot Rd, Aughton, Ormskirk L39 6RT