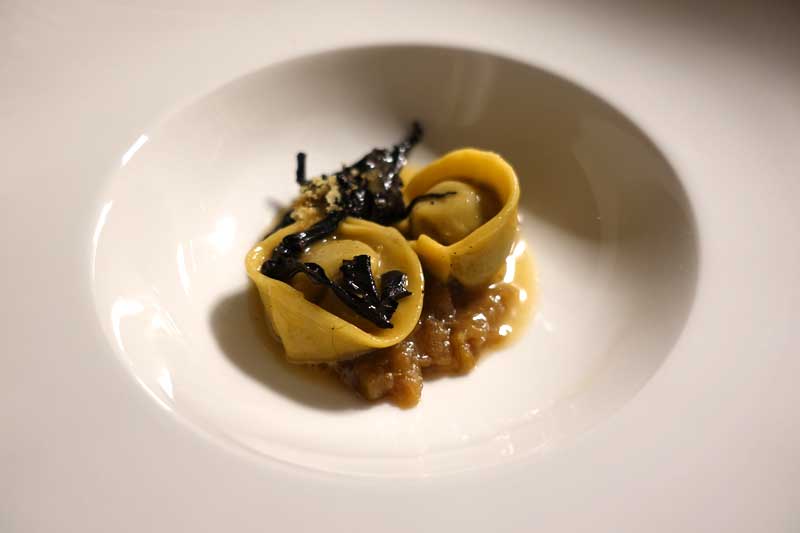 What can you tell me about Mere?

You mean other than it’s been one of the most-searched for restaurants on Hot Dinners in quite some time? Well that’s probably down to the fact that it’s the first restaurant to be opened by Monica Galetti whose elfin blonde crop you may recognise from her stint as Michel Roux’s co-judge on Masterchef The Professionals (and just as important - but not televised role as senior sous chef at Le Gavroche).

But it’s not just a solo Monica venture - she’s teamed up with her husband David, who was Head Sommelier at Le Gavroche. In fact if you were a Le Gavroche regular (we - whisper it - have never been, so can’t comment) you’ll apparently see a few familiar faces in the team here.

A few doors up from Bubbledogs on Charlotte Street - nearest tube is Goodge Street.

Well, it so happens there’s a really lovely bar here. They even have a separate licence, so you can pop by for a cocktail or glass of wine even if you’re not dining. Cocktails are all £11 - there’s nothing to frighten the horses here. So expect well made classics like Black Russians or Daiquiris and some of their own creations with lesser known brands.

We plumped for a glass of house champagne which Monica and David had specially blended for them in France - that's well worth going for.

The dining room is downstairs, but the design’s pretty lovely including a generous light well at the front which floods the room with light during the day. There’s a nice table in the front of the dining room suitable for larger groups and a private dining room where CCTV lets you see dinner being plated at the pass. 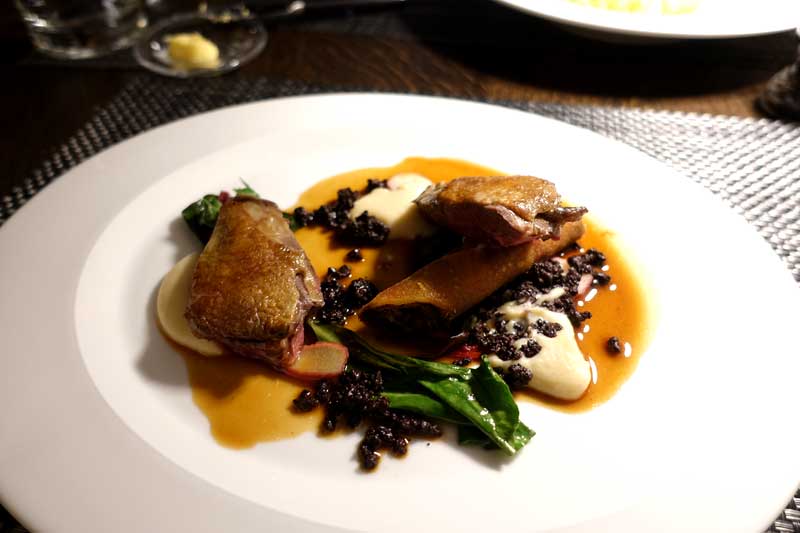 So what kind of food is Monica serving?

In a nutshell - classic fine dining food with a twist. So expect spendy ingredients like skrei cod, lobster and 30 day aged beef finished with modern additions.

There is a six course tasting menu for £70 - and a pretty reasonable wine pairing for £40 - but we preferred the a la carte descriptions.

From what we had, we think you’ll want to try: 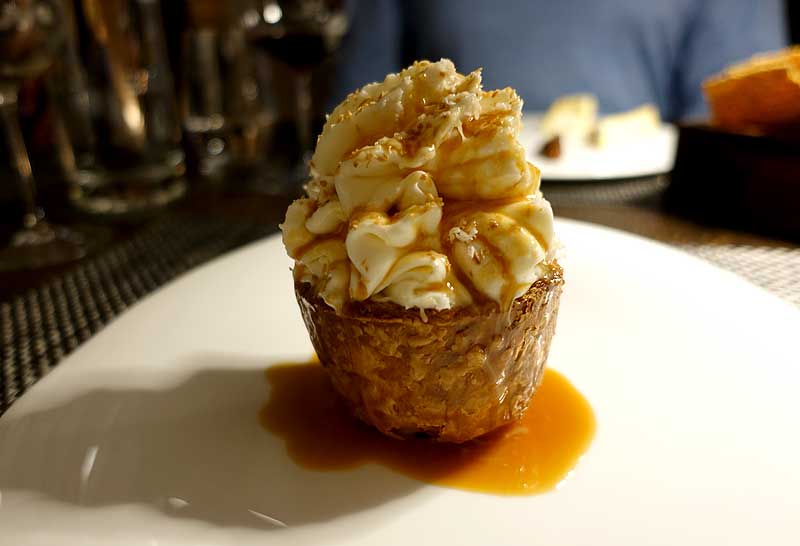 We had a glass per course, of delicious wine, chosen by the sommelier and I now haven’t an earthly what it was - sorry! But given David’s background, I think you can safely put yourself in the hands of the team here, with a budget and let them get to work.

Clearly, expectations are very high for this opening. It was clear that Monica’s TV work has given her a wide fanbase. That meant the dining room, rather than being stuffed full of folk with large expense accounts (this is Advertising and Media land after all) featured young couples on dates, larger groups talking business and folk who knew Monica and David from Le Gavroche. It made for a nice mix. Come and you’ll be very well looked after.