[SIGPLUS_EXCEPTION_SOURCE] Image source is expected to be a full URL or a path relative to the image base folder specified in the back-end but /blog/2012/drafthouse/gallery is neither a URL nor a relative path to an existing file or folder.
0
Shares 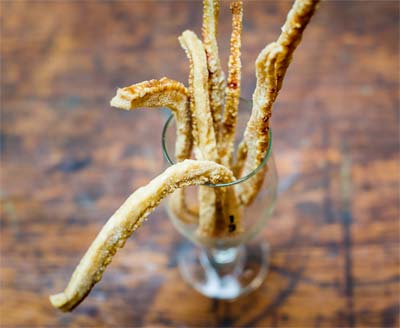 Ever since the Northumberland Arms closed their doors media types around the Charlotte St/Goodge St vicinity have been in mourning. Gone was the dirty, cramped bar that many called home, and for months it stood forlorn with bordered up windows, an eyesore at the crossroads of this busy foodie junction.

Breathe a sigh of relief creative types, the boards are down and the place is back up and running under new management. The space is now a Draft House - those of you who frequent South London may recognise this small chain, with other branches on in Battersea, East Dulwich and other such affluent areas.

The pub opened up last week for a soft launch and already the crowds have descended on the surrounding pavement and taken up residency once again. Though this time rather than ordering a watery pint, you can treat yourself to a whole host of exciting, unusual beers. The menu splits them into “Everyday” (such a Little Creatures and Peroni Red or “Extreme” bottles (Chimay Blue at a whopping 9.6%.). The wine list is simple with 4 white, 4 red and 2 rose priced reasonably between £14 - £22 a bottle.

The place has been given an obligatory lick of (orange) paint and little else has changed apart from a framed copy of NME with John Lennon on the cover preaching “War is over if you want it”. They have kept the same ceiling and some features of the original pub and it still has the same vibe that the place is first and foremost a boozer.

The current menu is similar to its sister venues but the size of the location is a departure from the others in the chain – it is really small. As in only-8-little-tables-can-fit-in-it small. You can’t reserve a spot so get there fast or hover and pounce if you want to experience any of the short menu first hand. We were told not to miss the foot long pork scratchings and the Little Meatballs which tasted like meat and béchamel croquettes. Naughty but nice. The three burger varieties are Yolk (egg and hollandaise), Smoke (smoked cheese and chipotle mayo), and Poke (chilli and onion rings), and chicken burger, fish and chips, mac n cheese and hotdogs also make an appearance on the menu.  Expect a lot more small bites to appear in the coming weeks - and we do think these will be more fitting for this smaller style venue.

Draft House will be open seven days a week from 8am (serving breakfast, a first for Draft House) through till 11pm weekdays, 12 noon-11pm weekdays.

Hot Dinners were invited to eat at Draft House - prices are correct at time of writing.