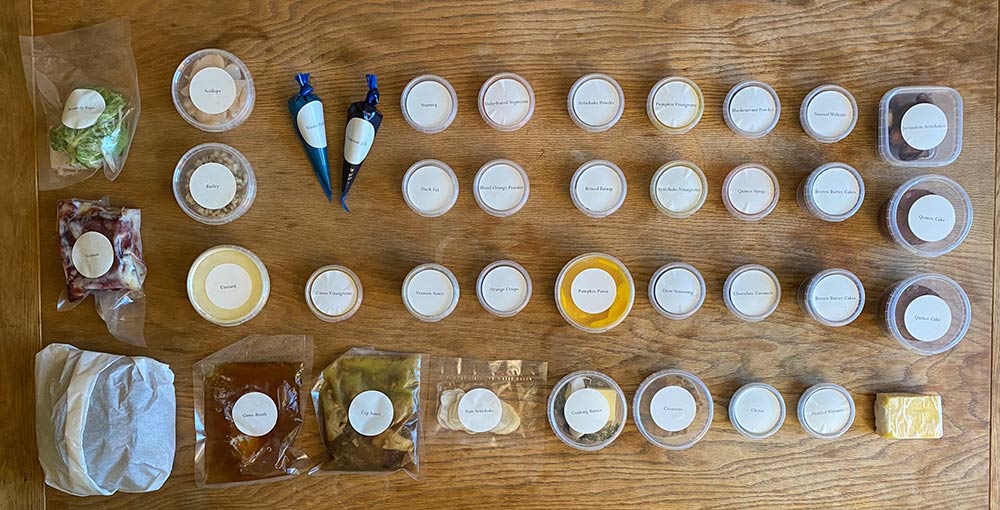 Here's everything that comes in the box (that's a mini sourdough loaf on the bottom left). It may look intimidating, but with clear instructions it turns out to be pretty simple. Special mention goes to the presentation in the box itself - it really does feel special during the "unboxing" moment and they get full marks at how they managed to cram all the above into the box with no space wasted. Someone in the restaurant must be great at packing for holidays.

What can you tell us about The Lyle's Game Box?

It's all part of the new Lyle's Provisions website - which sees the Michelin-starred restaurant getting into the delivery business. They've created a number of new boxes (as well as a mince pie kit). There's the provisions box in which they'll send you lots of great things for your larder and two meal kits - the Lyle's menu box and the Game Box, which is the one we opted to Test Drive.

Over the years, Lyle's have built up a reputation for their annual game dinners - so this is a great opportunity to get a taste of that at a time when it's a lot harder to organise these special events and menus.

What kind of kit is it?

As you can see from the photo above - there's quite a lot to it. Every course comes with several elements - but most often it's just a reheating and plating exercise. We noted that the instructions that come with each dish were some of the easiest to follow we've seen so far (and we've tried our fair share of kits). We would recommend spending some time grouping the ingredients for all courses together at the beginning, so you can remove them from the fridge in batches as you need. It really helps things along.

What initially looked like something of a daunting exercise proved to be both a simple and enjoyable process. It's useful that each dish states how many pots and pans you'll need. The inclusion of a photo of each dish was also invaluable - it really is very helpful to see what you're aiming for.

So what's the Game dinner?

It comes in six courses - and it's best to make them all as you go along. Don't be tempted to try and make too many of the dishes together unless you happen to have a whole kitchen brigade working for you.

Here's how it all turned out: 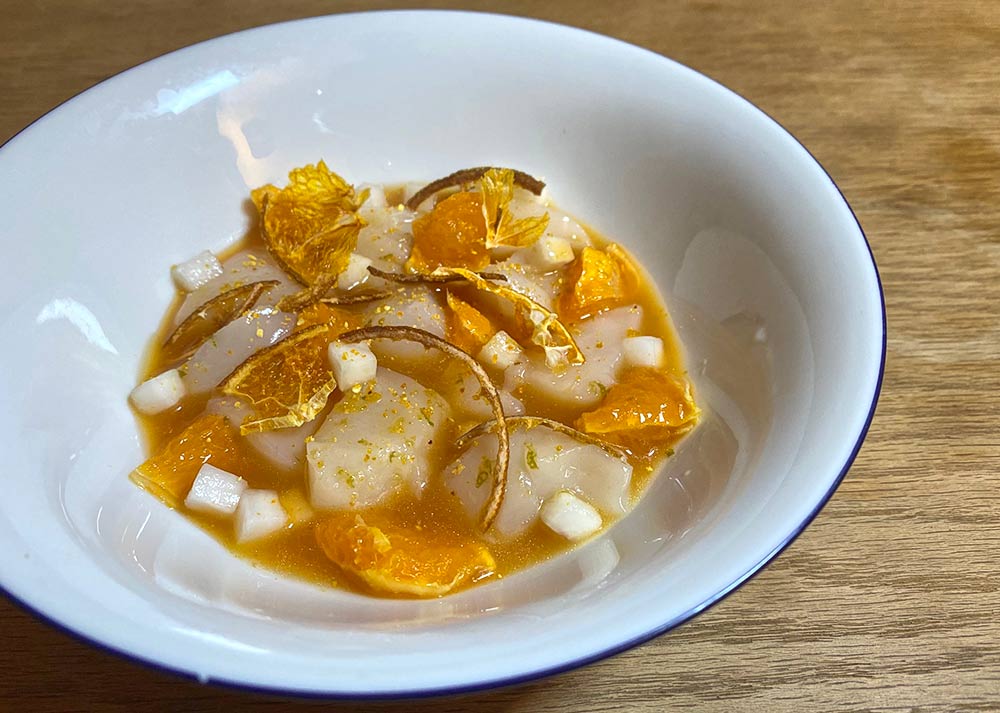 Raw Scallops, Blood Orange Vinaigrette - the first course, letting you in gently, is essentially just piecing together a dish from a selection of packets. We'd call this Lyle's winter take on a ceviche dish. 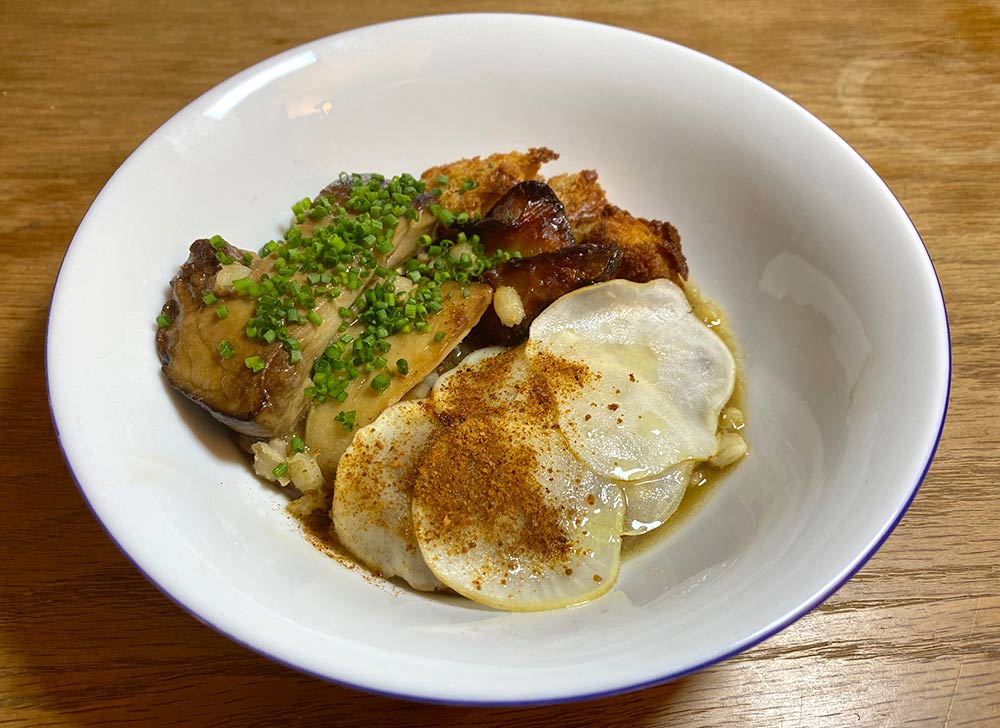 Jerusalem Artichokes, Ceps & Vin Jaune Sauce - the roasted artichokes are hidden underneath the croutons here, with slices at the front, with the cep and vin jaune sauce (just reheated in a saucepan) bringing it all together. 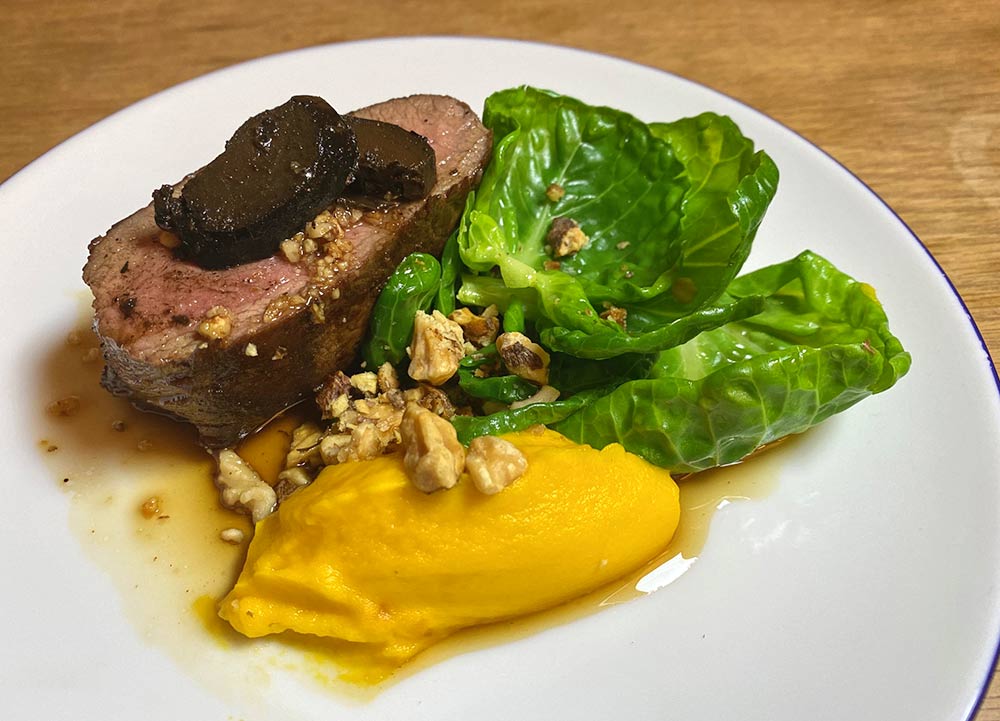 Venison Loin, Pumpkin, Brussels Tops - one of the more complex dishes from the look of the instructions, but actually very easy to put together. The venison certainly smells good and high when you take it out of the packaging - but that leads to an intense flavour. It's simply fried and then basted in garlic and herb butter - perfectly done when rested. Those are pickled walnuts on top. 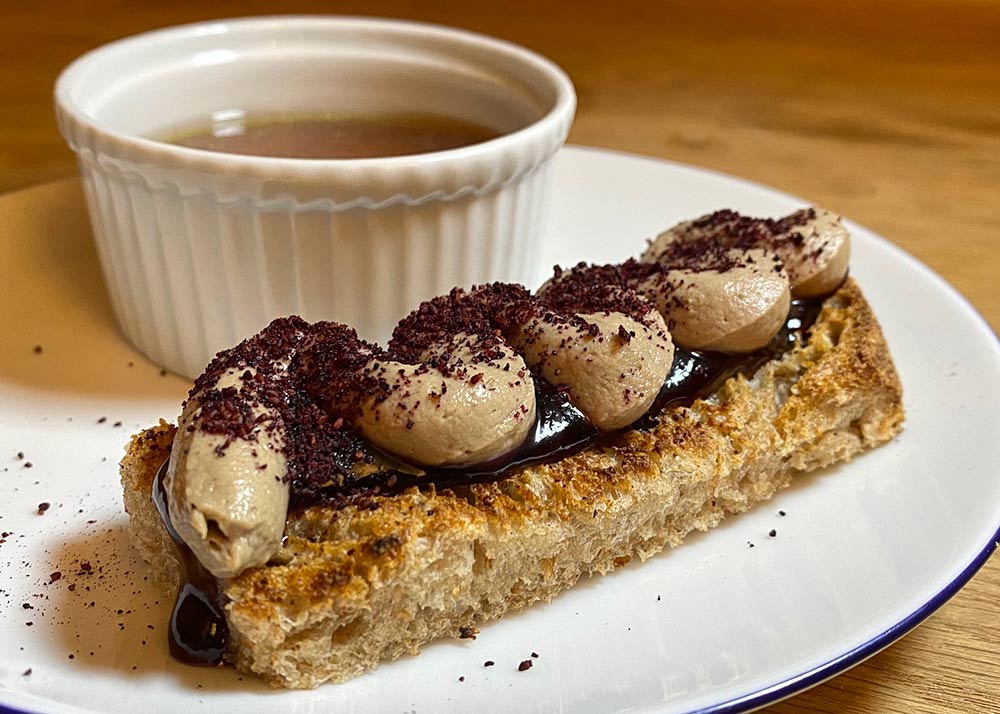 Game Liver Parfait, Toast, Damson Jelly and Game Broth - probably one of our favourite dishes of the night. Take the mini sourdough (which you can also have with their included cultured butter), make toast soldiers and then pipe over the jelly and parfait. Yes, our piping skills need work. The game broth is like the meatiest warming consomme. 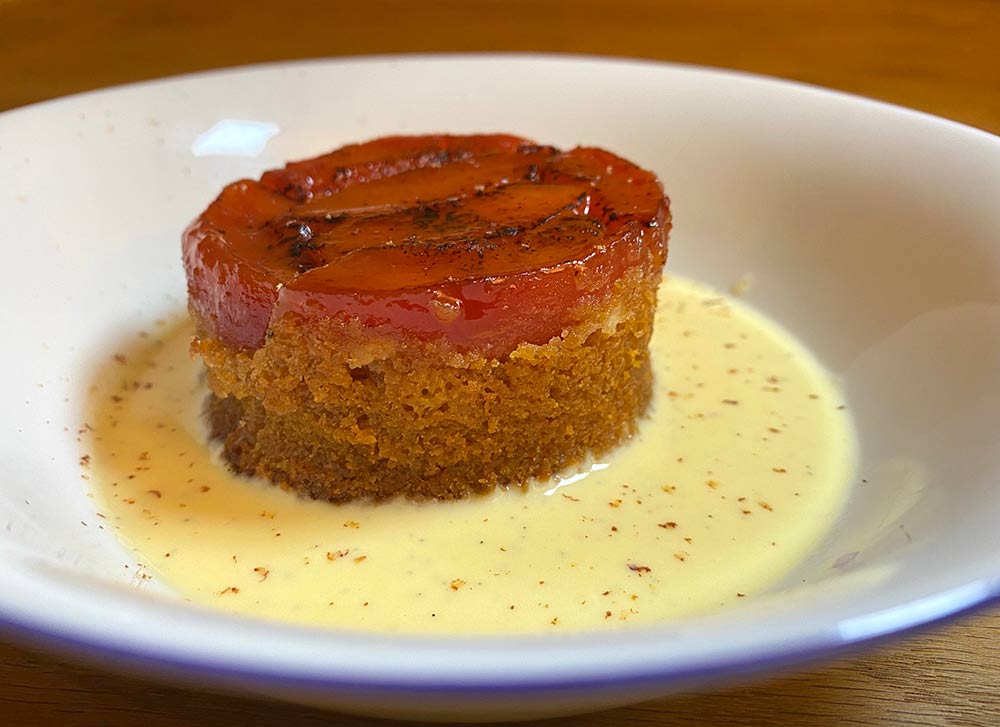 Quince Sponge, Vanilla Custard - a bit like a mini upside-down cake (of the very best kind), this just needed warming in the microwave and warming of the custard with a little grated nutmeg on top. 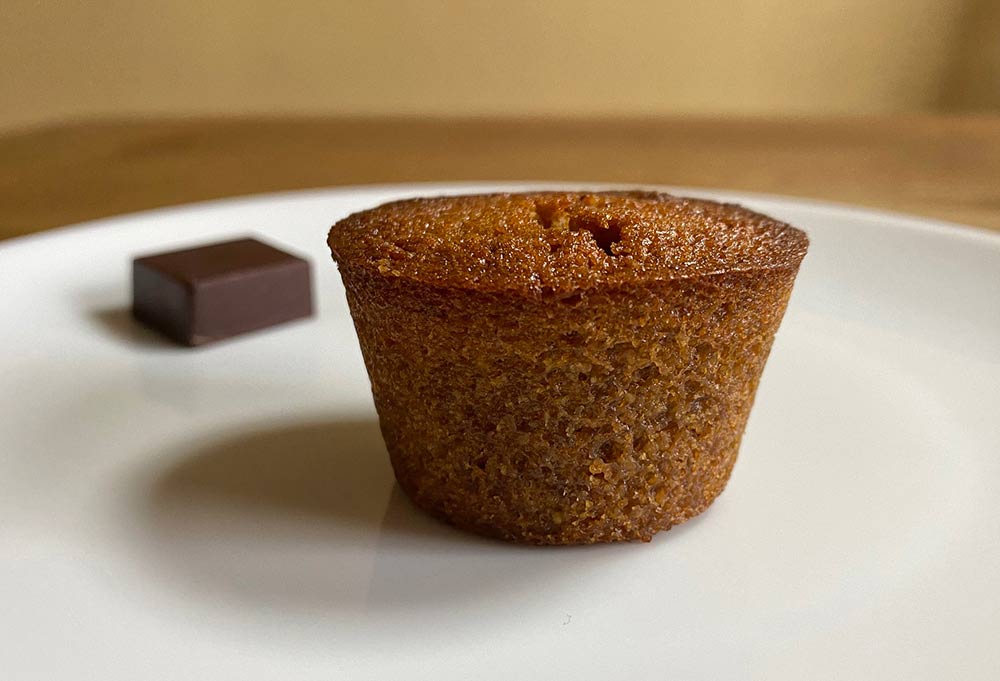 Brown Butter Cakes and Caramel Chocolates. Finishing off with our favourite cakes - the brown butter cakes we first encountered at Flor. Rich, crunchy/chewy delights which just need a few minutes in the oven. You could also, as we did, have these the next day.

What about the other kits?

The Lyle's menu box has the same pudding and cakes, with courses including Crab & Barley Porridge, Pumpkin & Whey Soup and 14-Week Hung Dexter Rib. And pre Christmas they're also selling a mince pie kit - as their mince pies are often lauded as some of the very best in town.

Lyles's have clearly been taking some time in getting their box just right, as this has had an awful lot of thought put into it. From clear and concise instructions to proper labelling and fancy packaging, it really feels like a premium product. It was fun to put together and frankly resulted in one of the best meals we've had during either of the lockdowns. And most importantly, it really feels like a Lyle's meal - the essence of the dishes served in the restaurant really feels replicated here. All in all, a very easy recommendation.

Now - can we get the recipe for those brown butter cakes..?

Hot Dinners received this box as a gift. Prices are correct at the time of writing.

Where do they deliver? Nationwide