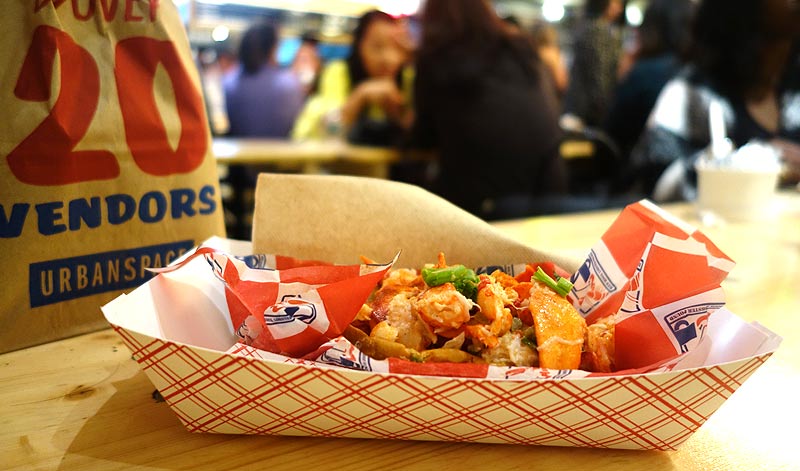 This midtown food court opened last year but interesting vendors are still arriving - the most recent of which is the popular Brooklyn burger joint Hard Times Sundaes. If you're based in Manhattan and can't be bothered heading out to Brooklyn this is also an opportunity to try the hugely popular Roberta's pizzas too. We popped by for a mammoth lobster roll, courtesy of Red Hook Lobster Pound - a quarter pound of fresh lobster heaped into a toasted New England brioche roll. . 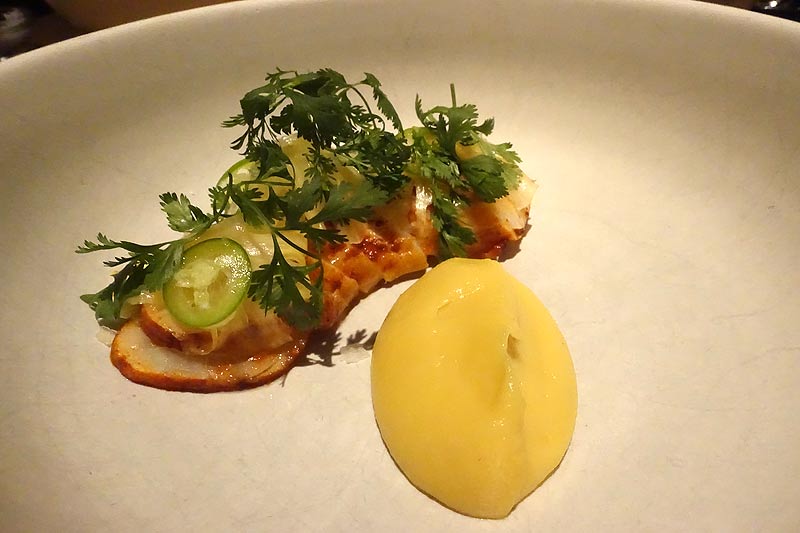 The cobia al pastor with pineapple puree and cilantry at Cosme

We'd been wanting to try out Enrique Olvera's Mexican restaurant ever since it opened, just after our last trip to New York. And we weren't the only ones - Michelle and Barack Obama popped in for dinner last week when they were in town on UN business. Olvera also owns Pujol (currently 25 on the World's 50 Best list) and in the two years since it opened Cosme has become one of New York's hottest restaurants.

Situated in the Flatiron district, the restaurant is all poured concrete and moody lighting. The scene was set for a meal showcasing new treatments of Mexican classics with the golden margherita - a savoury version of the cocktail made with Casa Dragones Blanco, Manzanilla, orange tomato water and saffron. 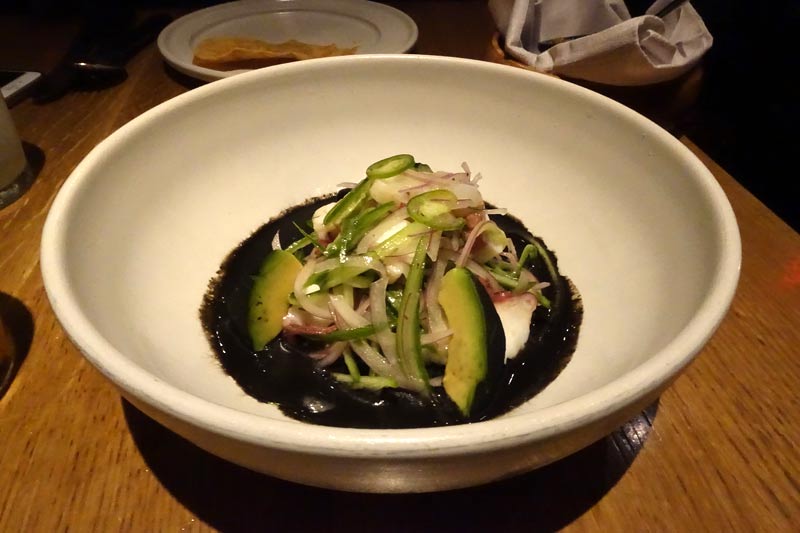 The octopus-scallop cocktail with black aquachile, charred avocado and cucumber

We were always going to have the duck carnitas - Olvera's signature dish here - but you'll want to work your way through the menu. Highlights for us included the extraordinary cobia al pastor ($24), using meaty slices of fish instead of the traditional pork, which worked brilliantly and the octopus-scallop cocktail ($29) with charred avocado and an inky-black sauce made from charcoal infused rapeseed oil with squid ink. 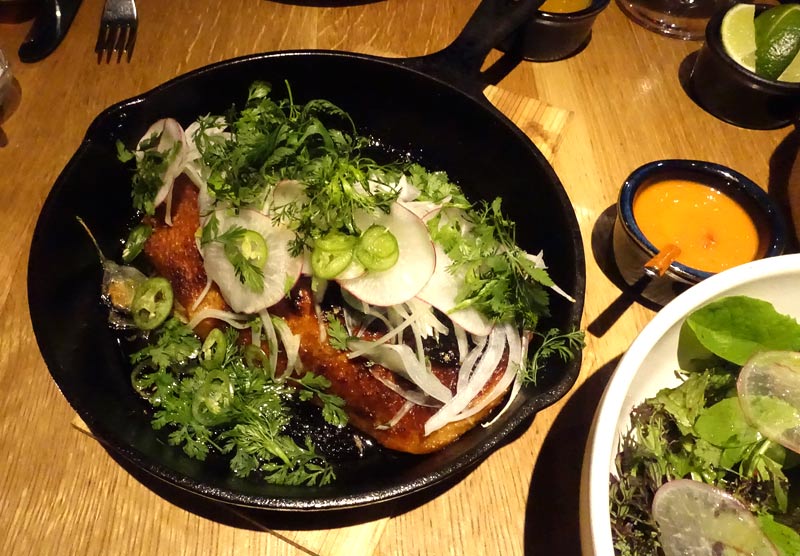 But there's no denying that the duck carnitas is the dish you're going to want if you come. It's punchy - at $69 - but then it does take four days to make during which the duck ends up being cured for three days, and cooked overnight in a mixture that includes condensed milk and Mexican cola before being deboned and reassembled before it's served to you with the best corn tortillas you're likely to have ever had. The dish would easily feed four and it's every bit as amazing as it sounds.

Desserts after all that would seem extraneous, but you're not going to want to miss ordering the corn husk merinque with corn mousse $14, which plays with being sweet and savoury as well as giving you hits of corn. A perfect end to an astonishing meal.