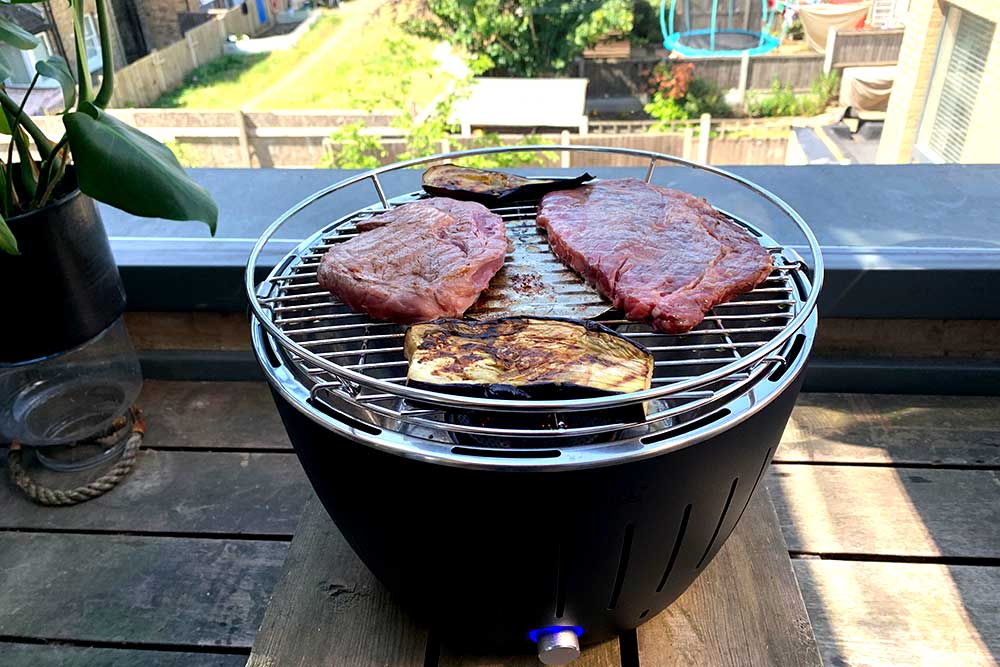 The grill in action

So what do we need to know about the Lotus Grill?

If you're a space-starved Londoner like us, you may not have a great expanse of garden in which to install the Big Green Egg or Ooni Pizza Oven you've been eyeing up.

We have a small balcony (and we know we're lucky to even have that) and have been looking for the perfect mini BBQ that would a) work in such a small space and b) be practical and safe. Finally, we spotted the Lotus Grill on the Selfridges website, did a shed load of googling and reckoned it was the one for us.

What's so special about it?

Where to start? There are several key things, but probably the biggest draw for Londoners wanting one for their balcony or terrace is that it's practically smoke-free. That's not to say you can use it indoors - but because the charcoal is contained inside an inner container and protected by a cleverly designed grill grid, cooking juices don't drip directly onto the charcoal, so there's next to no smoke at all.

And because of the design, it doesn't heat up on the outside, making it safer to use on a decked balcony - although we put ours on a box for additional safety. 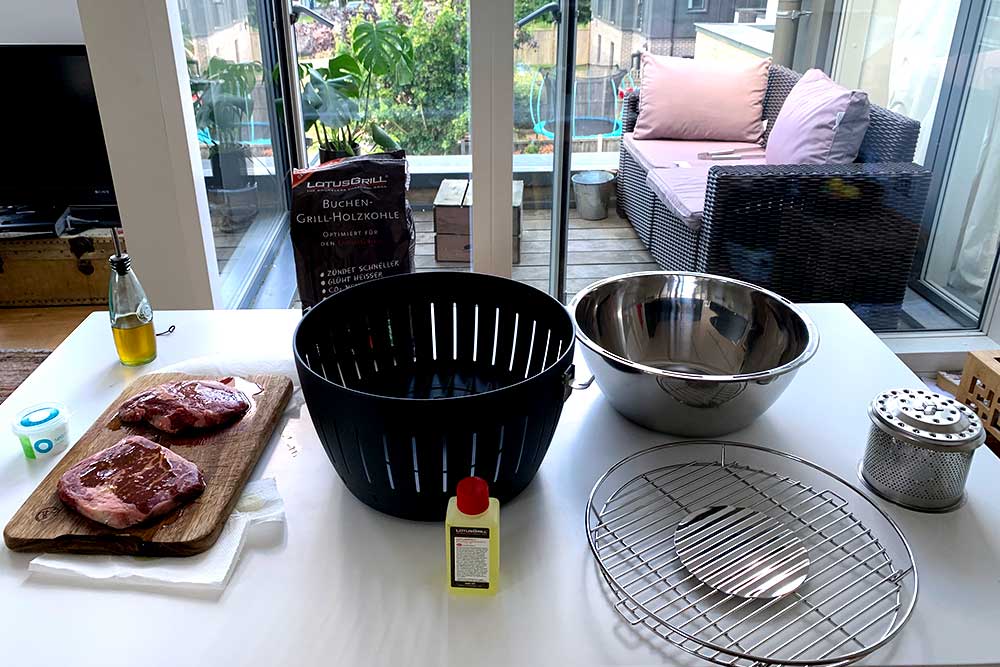 Is it easy to use?

It's an absolute cinch. A massive USP is that when you light the grill with the battery fan running, you are good to go in just five minutes. So there's no having to light it up an hour before you want to cook and you won't need to stand away from the people you're cooking for because this doesn't billow smoke everywhere.

It also doesn't heat up on the outside - It's a proper game-changer.

What did you cook on it?

We had the good fortune to have been sent a meat pack from the folk at Meat Me At Home.

Their business Freedown Food has, for years, supplied the likes of Nobu, Hakkasan, Hide, Sexy Fish, Galvins and Harrods with excellent meat. In the current climes they've created their Meat Me At Home brand for discerning foodies. They specialise in wagyu from Japan, Australia and Chile and Freedown Hills UK olive-fed wagyu along with other premium products like USDA beef, Iberico pork and Duke of Berkshire pork.

For our BBQ we did a taste comparison of two of their steaks - a New Zealand grass-fed ribeye and a Chilean wagyu ribeye. As you might expect they were both very good steaks, but quite different in taste and texture and the wagyu won out through its amazing marbling which rendered quite beautifully on the barbecue. 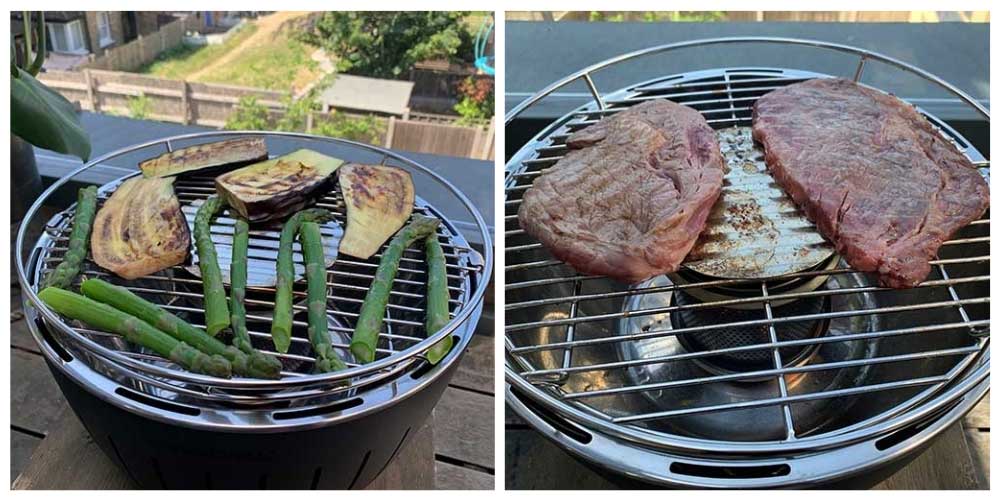 Our first ever balcony BBQ - and now we know how it works we can see ourselves using this a lot.

We did throw some asparagus and aubergine on the grill too, to give ourselves more of a balanced meal. We also made up some amazing nuac cham dipping sauce from Hollowlegs' Chinatown Kitchen cookbook which we strongly recommend.

If you're after the full BBQ experience but for a constrained London space, the Lotus Grill 100% fits the bill. We couldn't be more chuffed with it.

The Lotus Grill: It's £150 from Selfridges. There's also a mini and XL version plus a range of accessories.

Meat Me At Home: A meat box from Meat Me At Home with some of the more interesting cuts we tried is £100. Follow them on Instagram @meatmeathome

Hot Dinners was sent both the Lotus Grill and Meat Me At Home steaks as gifts.