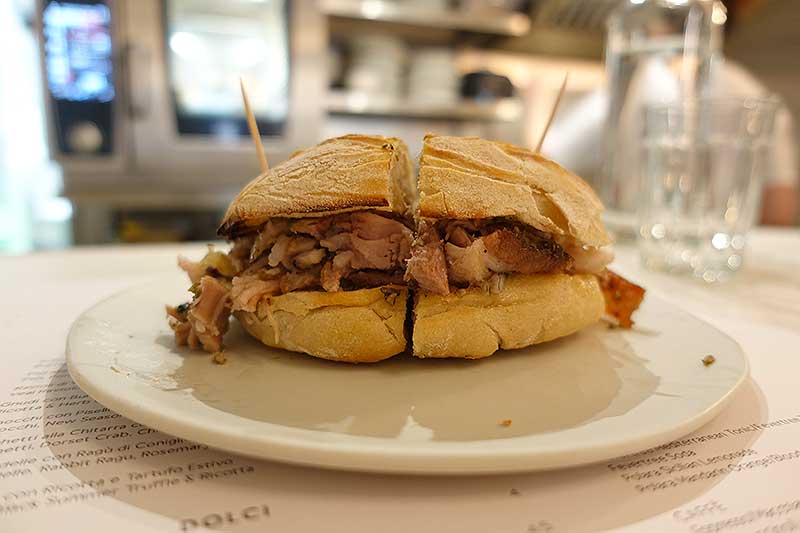 What can you tell us about Lina Stores?

Well, now there are actually two Lina Stores. We'll start with the original. That's an Italian delicatessen that's been in Soho for a mighty 75 years, so it's shown a remarkable staying power. And it's also been the place to pick up some excellent freshly-cooked pasta to take home (among many. many other goodies). Now they've taken that pasta know-how and launched their first restaurant.

It's about half-way down Soho's Greek Street, where you're almost equidistant between Tottenham Court Road and Leicester Square tube stations. 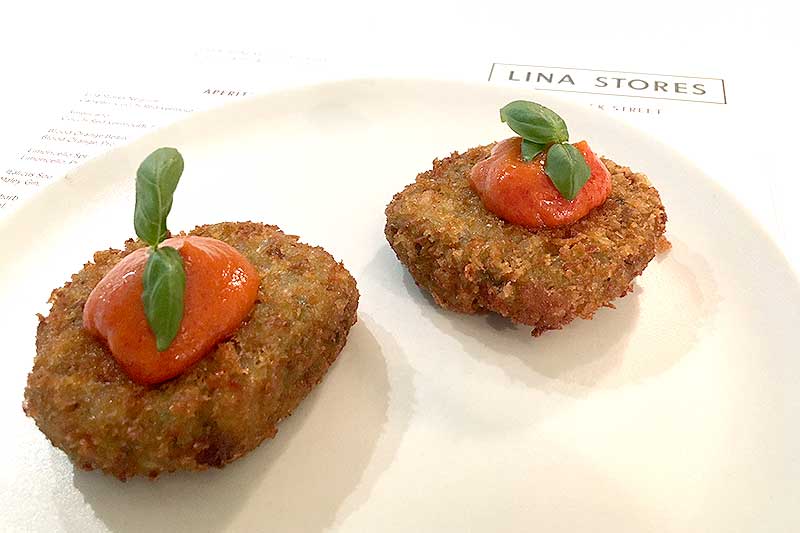 Fancy some whisky? Then a trip to Milroy's, just up the road, is a must. For cocktails, head to the bottom end of Greek Steet and check out Bar Termini a few doors down on Old Compton Street. Bar Swift, opposite that, is also worth a look.

There are two pretty good options, depending on your preferences. Upstairs it's all about the counter dining, where you can watch the chefs at work. Note - this will almost certainly lead to ordering just one-more-thing as you're tempted by everything in front of you. If counter dining isn't your thing, then there are plenty more tables downstairs in the buzzy dining room. 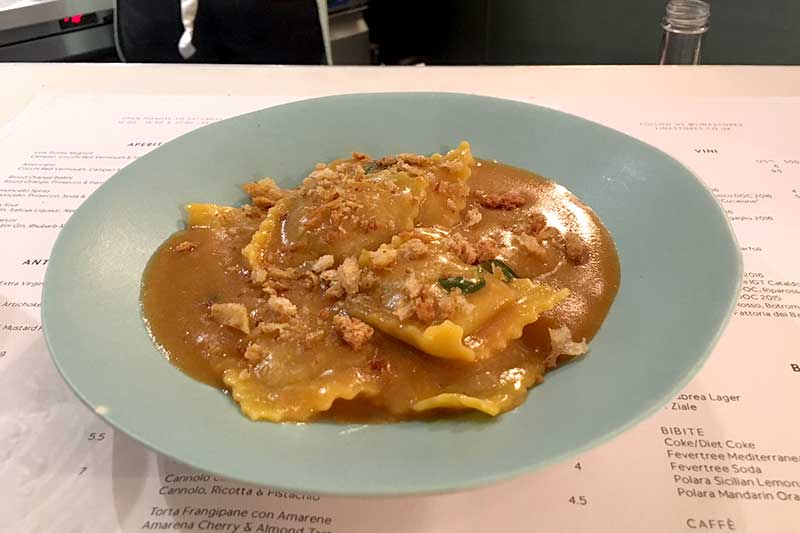 You're looking at antipasti, pasta for the main course and then dessert. You could probably easily manage with one from each section of the menu - portions are generous - although the antipasti section can easily be shared. Looking at the dishes that were coming out of the kitchen, it's pretty hard to go wrong here - but here's what we went for:

As you can imagine - the pasta, which is made for the restaurant daily in the original Lina Stores, is exceptional. That's what 75 years of working at something will get you. 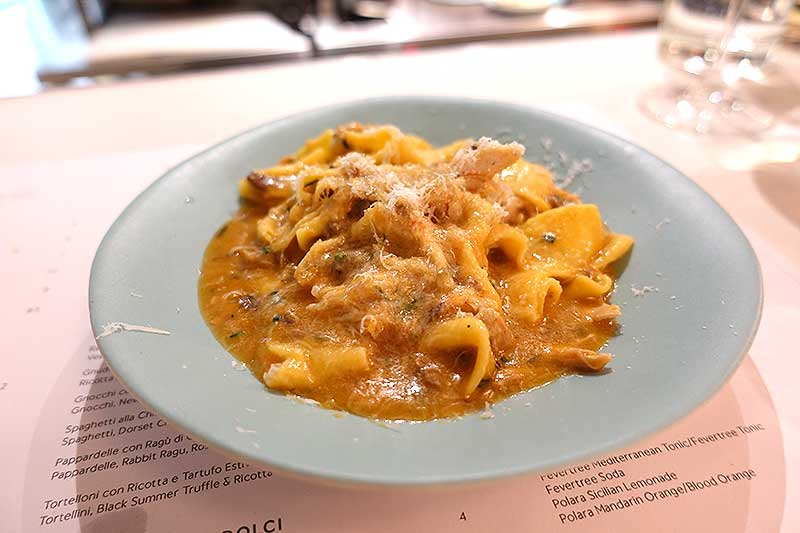 Any room for dessert after that?

If we're being perfectly honest - not much, particularly after going for that extra pasta course. But if you do find you have space, the cannolo with ricotta and pistachio (£4.50) is your best bet (to share, of course).

There's a short cocktail list on the main menu - if it wasn't lunchtime, the rhubarb martini would have had our name on it (£8.50) or you could kick things off with a Negroni or an Americano at £6 each. 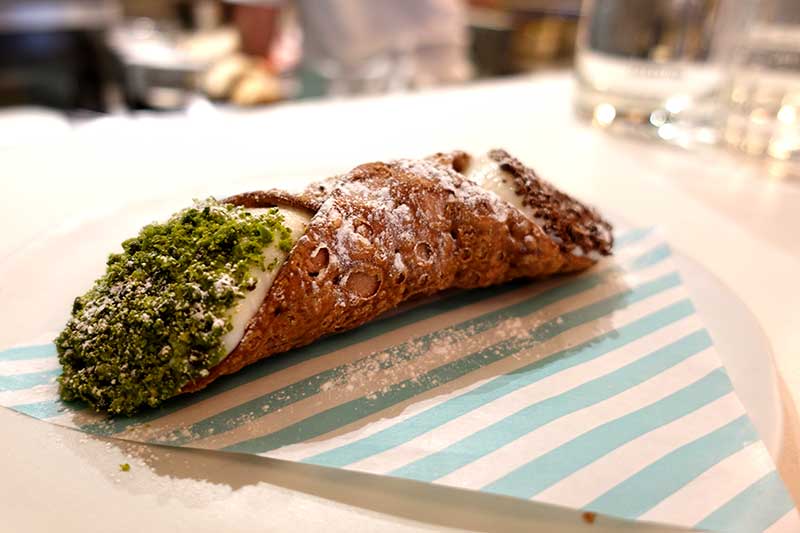 Cannolo with ricotta and pistachio

London has been going through something of a fresh pasta revolution of late, and this latest addition boosts the city's offering still further. If you're after a perfect dish of pasta right in the heart of Soho, we really can't see how you could go wrong with Lina Stores. Here's to 75 years of this restaurant too.

Hot Dinners dined as guests of Lina Stores. Prices are correct at the time of writing.

How to book? You can book for lunch or early/late dinner only