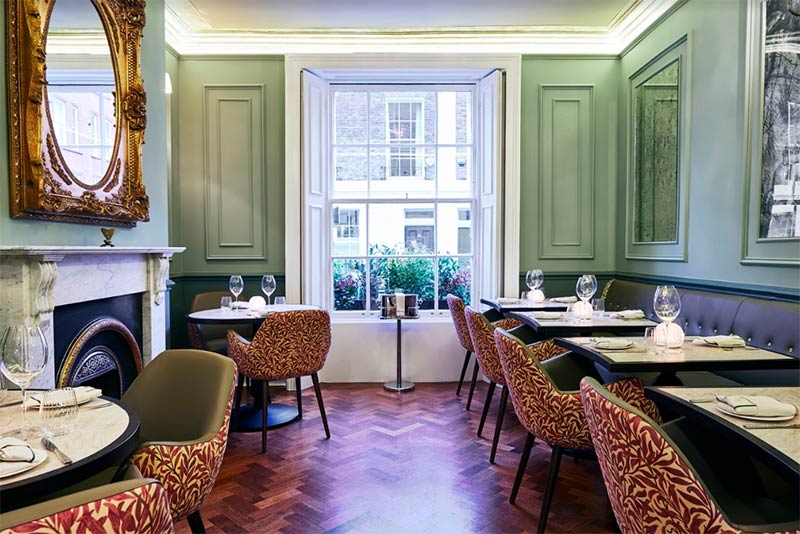 This is the room we ate in - that table at the front left, in fact.

What can you tell us about Kutir?

This is the latest restaurant from Rohit Ghai - the man who made his name as the chef at Gymkhana, and then went onto more great things at Jamavar and Bombay Bustle. This restaurant certainly feels like more of a personal affair than those previous restaurants. He's joined by his business partner Abhi Sangwan (he's also worked at those three previous places) who's in charge of front of house. The menu here is a modern take on Indian cuisine, inspired by India's heritage and wildlife.

They've taken over the building that held Vineet Bhatia London - just off King's Road, around the corner from Five Fields and about five minutes walk from Sloane Square tube station. When you get there, note that you have to ring the door to be let in - it really does give you the feeling of being invited into someone's posh Chelsea pad.

Inside, it really does look gorgeous - with beautiful floral wallpaper throughout, and the entrance ceiling covered with a flower/lighting arrangement that's hard to describe but looks pretty damned stunning. So yes, it's quite a good looking restaurant. 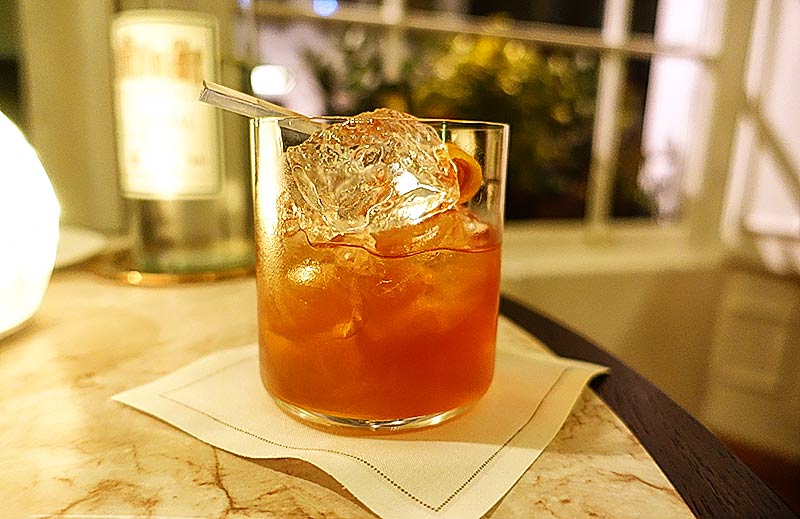 From the Kutir cocktail menu - this is the Madhosh (£12) - Peated scotch, brandy, calvados, honey, vermouth rosso

Where can I go for a drink first?

We have to admit - in this precise area, we do struggle for a decent drinking hole. There is The Botanist on Sloane Square itself, but that can get a bit rammed. However, if you head further down King's Road (away from Sloane Square), things do start to improve - The Phoenix seems a good bet and the bar at the Ivy Chelsea Garden too.

Although there isn't a bar in Kutir, we'd also recommend trying out the cocktail list - that drink pictured above was excellent.

So where should I sit?

There are several rooms to choose from with the main dining areas on the ground floor. The front room, where we were sitting, really does feel like someone's front parlour - and really that's the room you want to get a seat in, if possible. That said, the back room does have some booths which are ideal for groups of four. There are two more rooms upstairs, each of which can be converted to large private dining rooms.

The menu's divided into small plates (essentially shareable starters) mains (including classic dishes) and dessert. We think you should order 3-4 dishes from the starter section before moving to mains. They do have a set tasting menu too (£65 for six courses) and, as with Jamavar before it, there's a vegetarian and game version of the tasting menu too.

We opted for a la carte and (after some truly excellent poppadums), here's what we had. 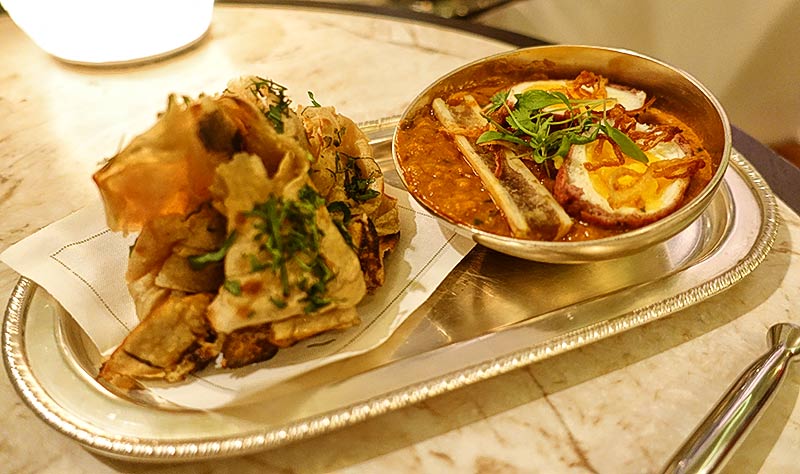 Kicking things off with a scotch egg, of course. This is Nargisi kofta with bone marrow, egg, spiced sauce and chur-chur paratha (£12). 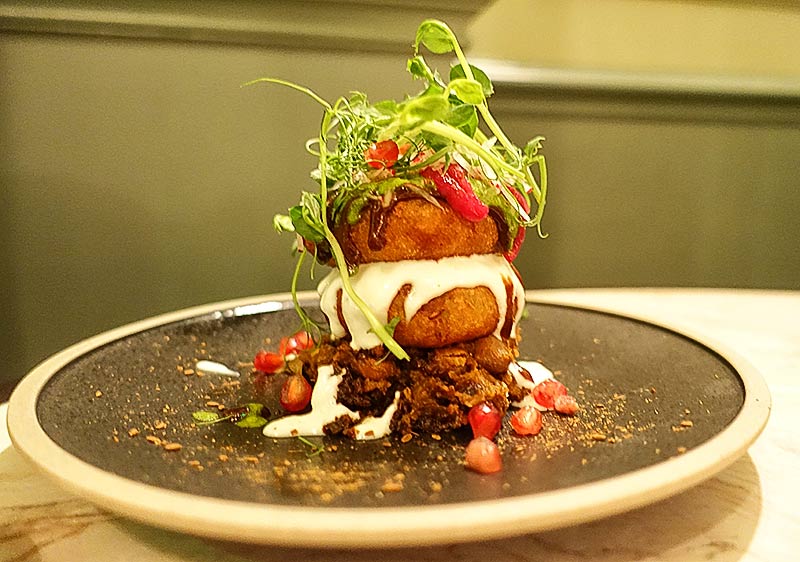 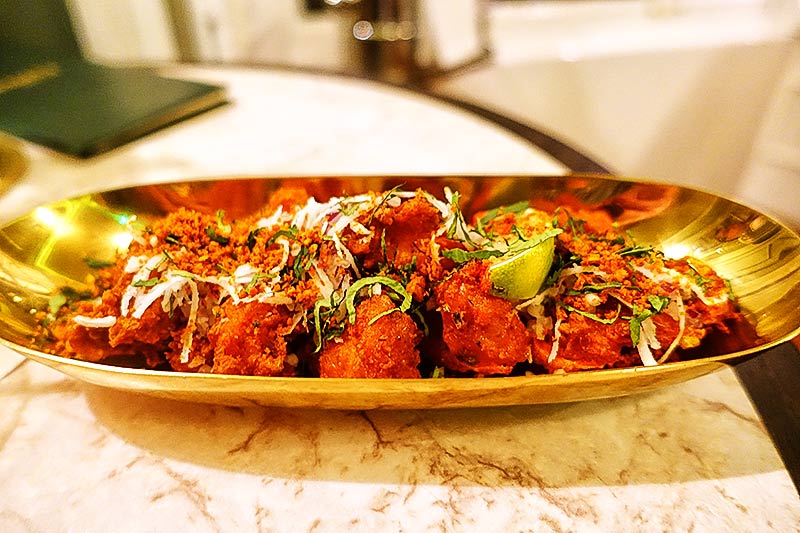 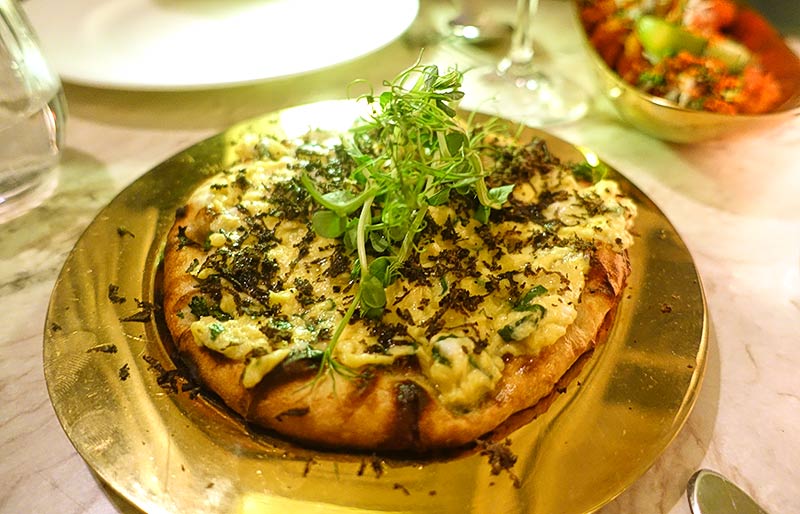 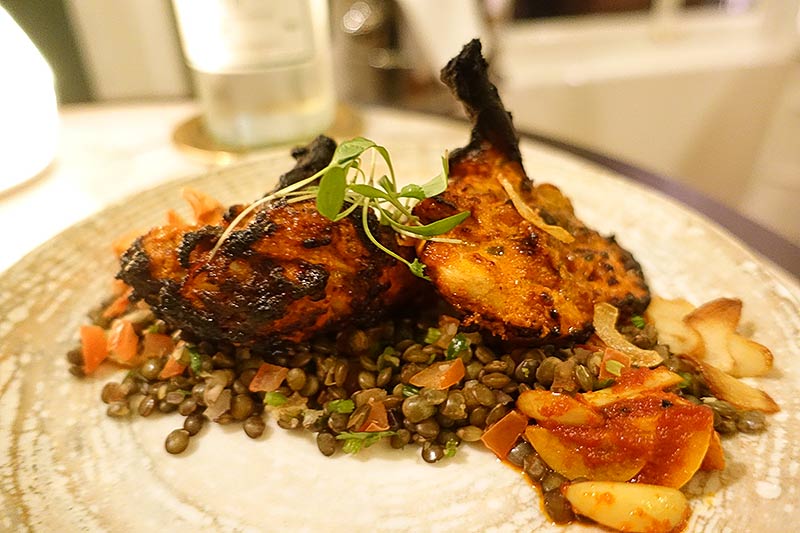 Chicken, Lentil - Tandoori chops, garlic pickle, salad (£12) - easily our favourite dist of the small plates, the spice and garlic working in tandem with the chicken. Wonderful. 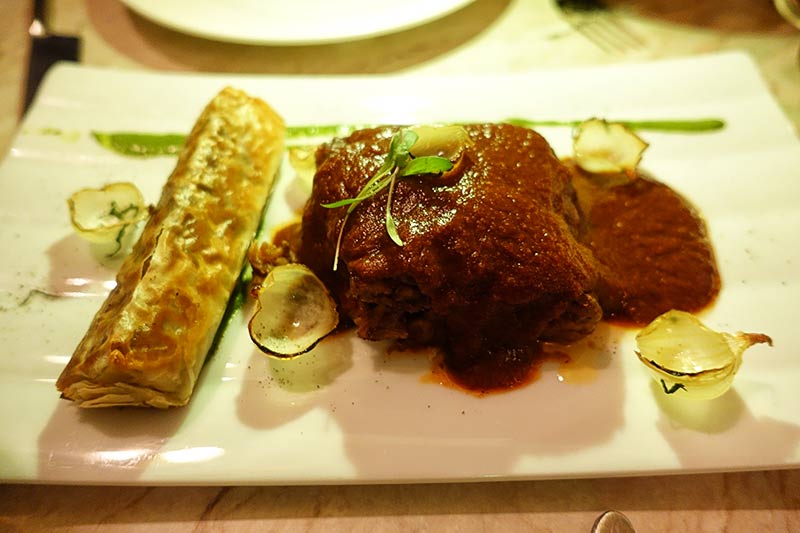 24hr Lamb Shoulder - Roganjosh sauce, stone moss, offal samosa (£18) - the lamb fell apart when touched - just as it should after all that time. This had a light touch on the spice front - although we weren't fans of the offal samosa, we have to admit (but can see how that's right up many people's street). 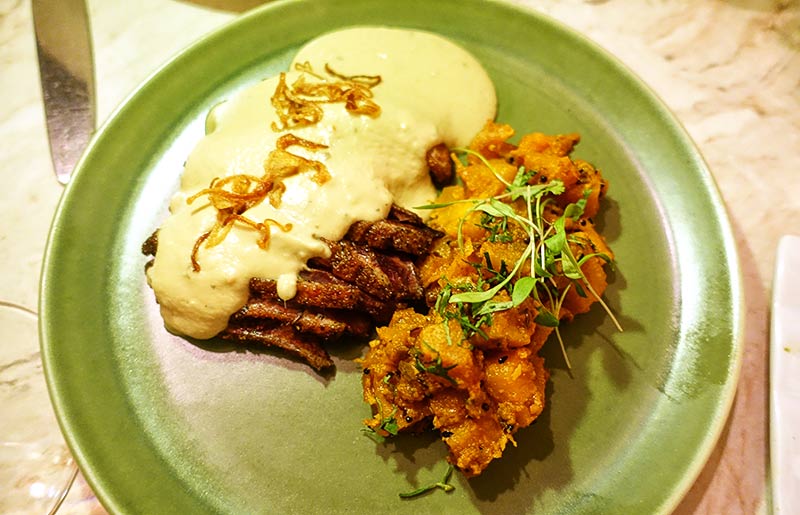 Duck Korma - roasted mallard breast, cashew, pickled swede (£18) - this picture doesn't really showcase it (sorry, poor camera action) but that duck is perfectly cooked with a touch of pink on the inside - matched with wonderful korma sauce. We'd say this is a must-order.

And how about vegetarians?

There's plenty on the list to suit vegetarians. On top of the special tasting menu, there are lots of veggie options on the small plates or mains, including a jackfruit kofta with sauteed spinach and tomato sauce (£16).

As you can see, we had rather a lot for two people so we almost didn't make it to dessert - but our arms were twisted. In truth, the dessert portions aren't massive and both of the desserts we had were quite light. 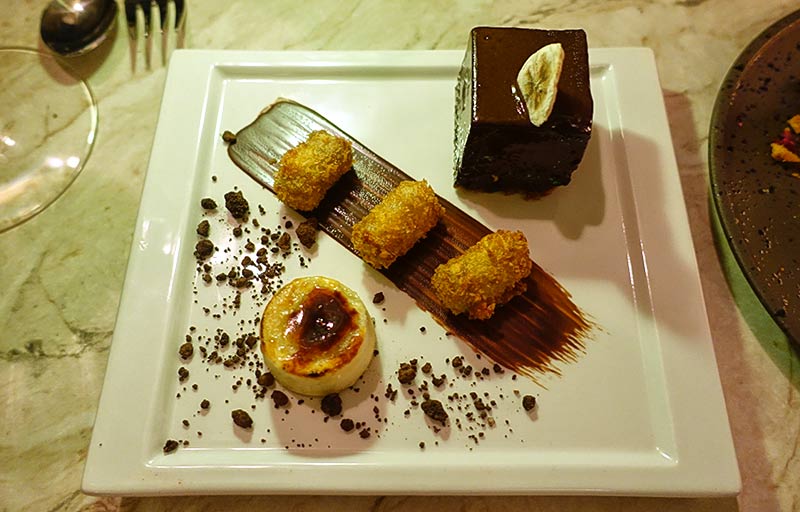 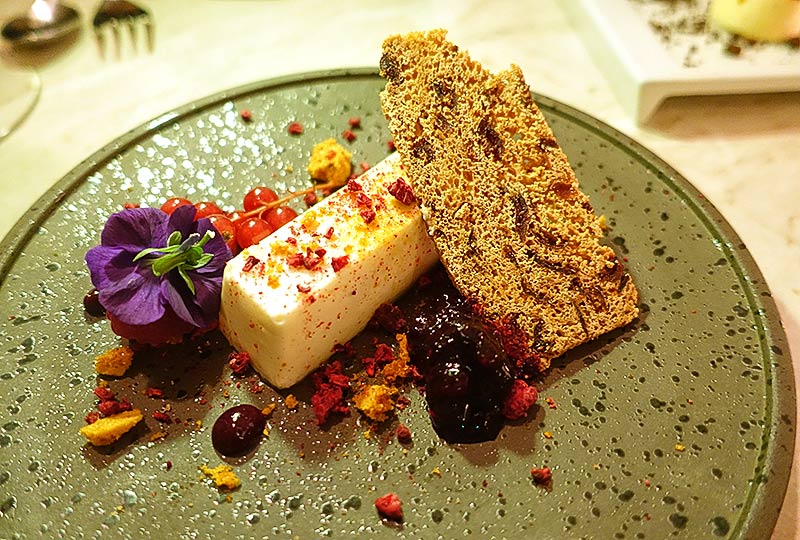 Bhappa Doi - a creamy steamed yoghurt pudding served infused with rosemary, served with tangy berries and honeycomb shards (£8) - the dessert that came out top for us - the honeycomb tips it over the edge.

Outside of the cocktails mentioned above, wine starts at £29 a bottle - with a fair few in the sub £40 mark - although you can head upwards significantly on the red section of the list (a 2009 ~ Amarone della Valpolicella Classico Corvina, Rondinella for £252 if you're feeling flush).

Undoubtedly, Rohit Ghai is continuing a very strong run with his latest opening. He's still serving up some of the best and most inventive Indian cooking in town - and now gets to serve it up in beautiful surroundings.

Hot Dinners dined as guests of Kutir, prices are correct at the time of writing.