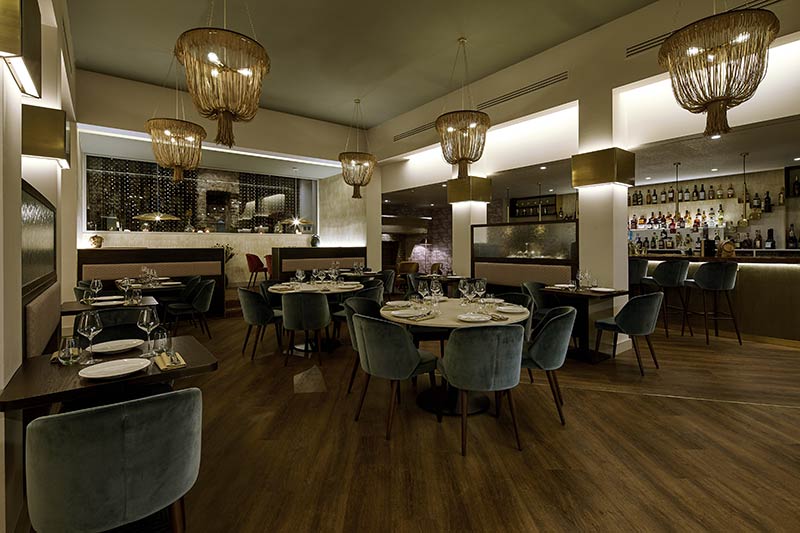 The main room at Kahani

What can you tell us about Kahani?

This new Indian restaurant comes from Peter Joseph, best known as the chef who headed up Michelin-starred Tamarind for 10 years. Now it's time for him to go it alone with his own restaurant, Kahani.

What kind of food is he cooking up?

He's aiming for a modern approach to Indian dining, with British ingredients at the heart of it. It's not quite fine dining - the mix of small plates works against that - but it's touching on the edges of it.

Right in the heart of Chelsea, just off Sloane Street and about two minutes from Sloane Square.

Where's good for a drink nearby?

We have to admit, we're very unfamiliar with the area around Sloane Square. The closest option is The Botanist, but we know that's not everyone's cup of tea. There are quite a few decent pubs in the area, however. We had a perfectly decent post-dinner drink in the nearby Antelope pub. 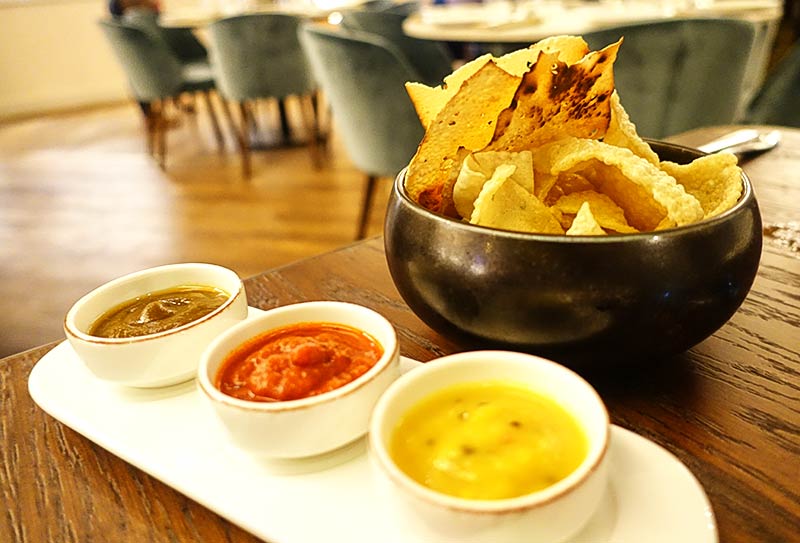 Order these the second you sit down. Yes, they're poppodums but they're next level with great chutneys on the side. Perfect menu-perusing food.

It's a basement restaurant, with a small bar there too, so you can pop down for a cocktail if you're waiting for someone to join you. It's a quiet space though - it could maybe do with some louder music to liven things up.

Where are the best tables?

No question, they're going to be the two larger tables for about 6-8 people in the raised section at the back of the room. Alternatively, the booths at the side looked good too.

We were in the central section - where a few of the tables were just a little too close together, we thought. We'd also say you should avoid the high booth that's directly opposite the bar - it leads to dangling feet (they just need to add a step to avoid that).

And what about the food itself.

The menu is split into small plates, specials, classics (which can also be had as more small plates), sides and Dawat. Our usual warning about small plates ordering applies here - just order as you want the food to arrive - don't necessarily be pressured into ordering all at once or you might have too much arrived at once. We didn't actually follow our own advice, mind, hence the reminder...

Looking at what other tables were having, we also think the biryani and the smoked Malabar prawns are worth a look, but here's what we had on the night. 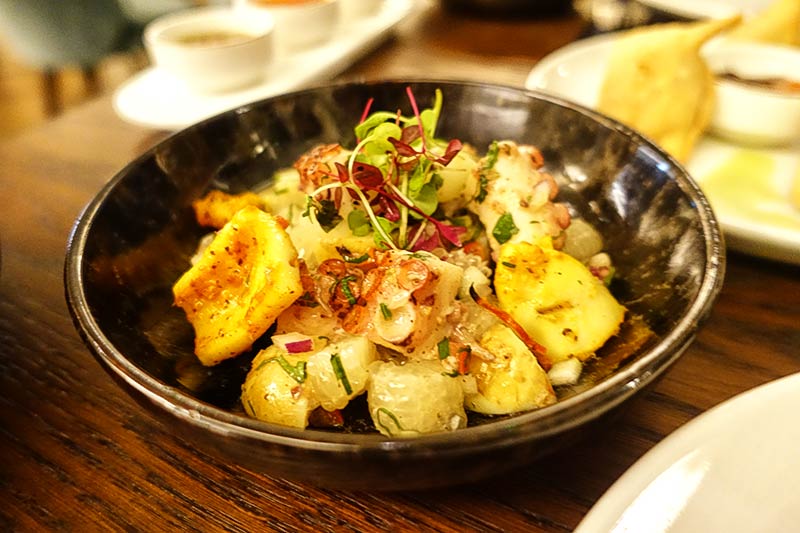 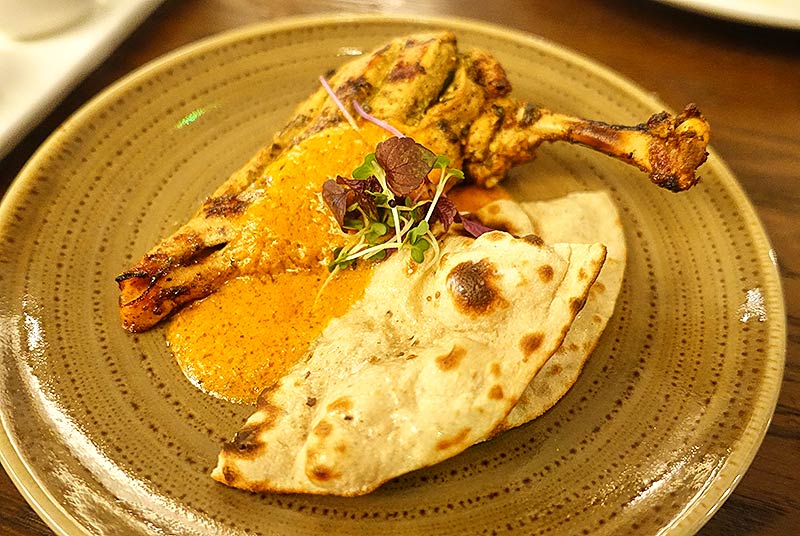 Guinea fowl tikka with Chettinad spices, smoked tomato sauce and Ajwain roti (£10) - the top dish of the night, available as a larger version for £20 so we'd say consider that. 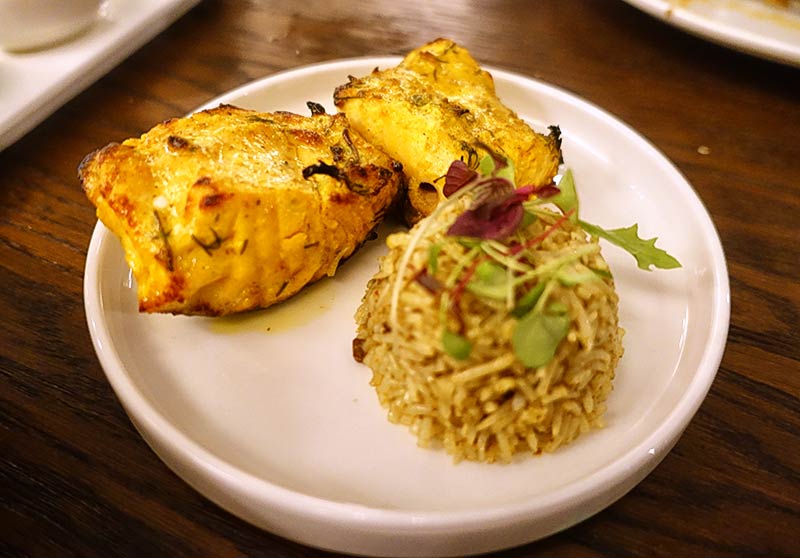 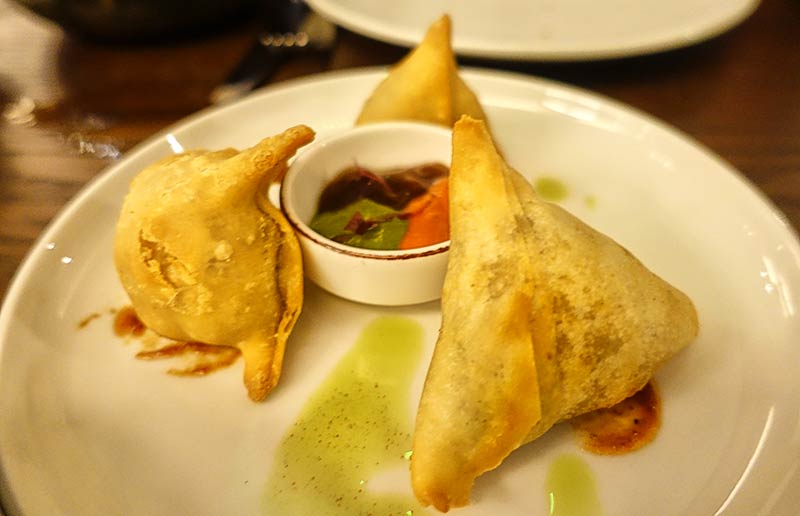 Samosa platter, Punjabi aloo, kolhapuri chicken, Chettinad venison (£10) - another must-order, although the venison was the clear winner of the three. 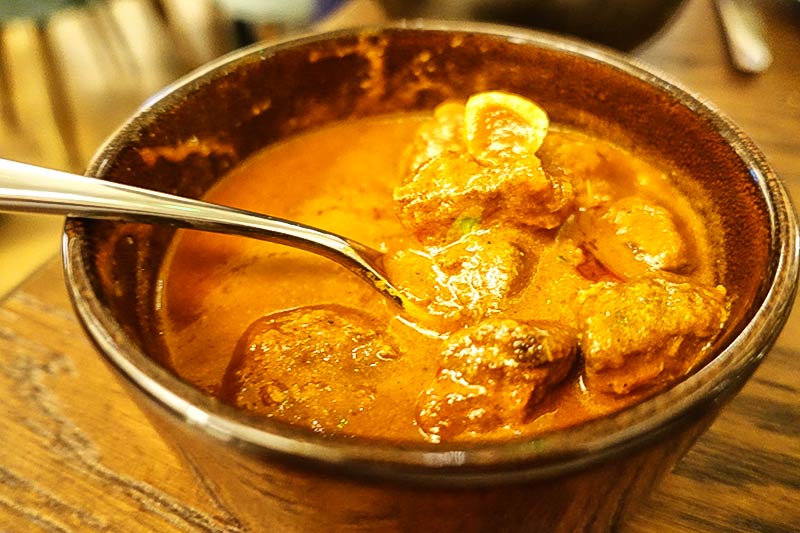 Slow cooked Somerset lamb shank, Kashmiri flavours, spices (£22) - alas, one of the duds of the night. Wonderful sauce, but let down by lamb that was a little more tough than it should be. 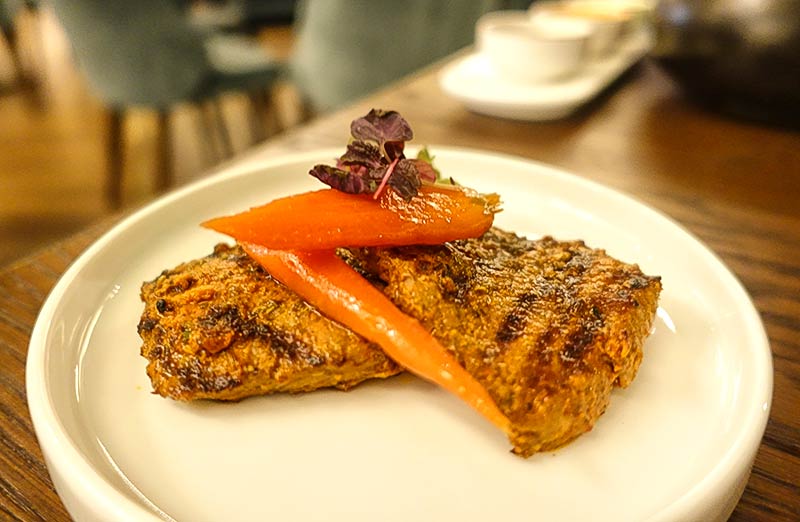 As ever, Indian restaurants cater particularly well for vegetarians - so there's plenty on offer. We think the roasted spicy aubergine steak - which we saw on the next table - is worth trying, but we were rather partial to this: 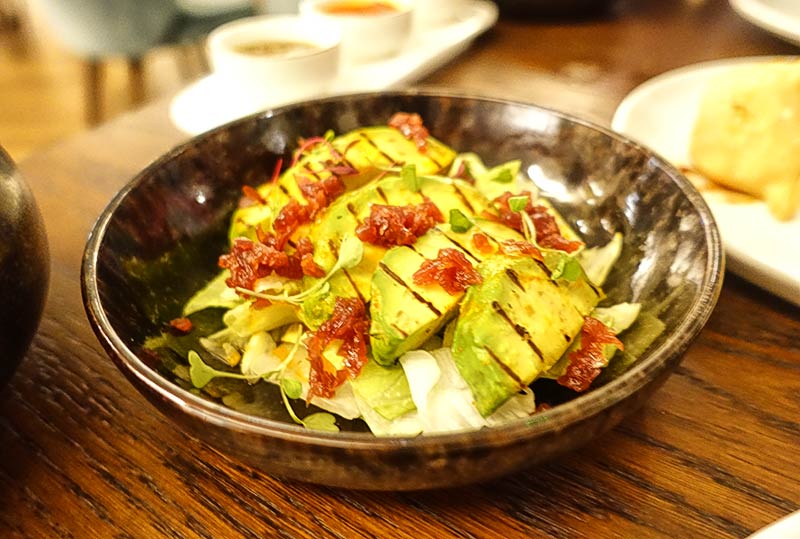 We did indeed save room for dessert. We had the melted chocolate bombe - although our picture of it is atrocious. These two desserts were the winners, though: 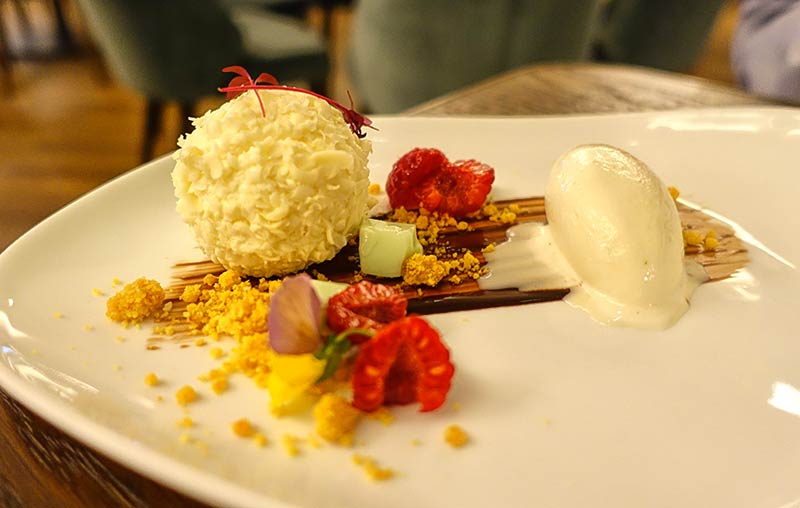 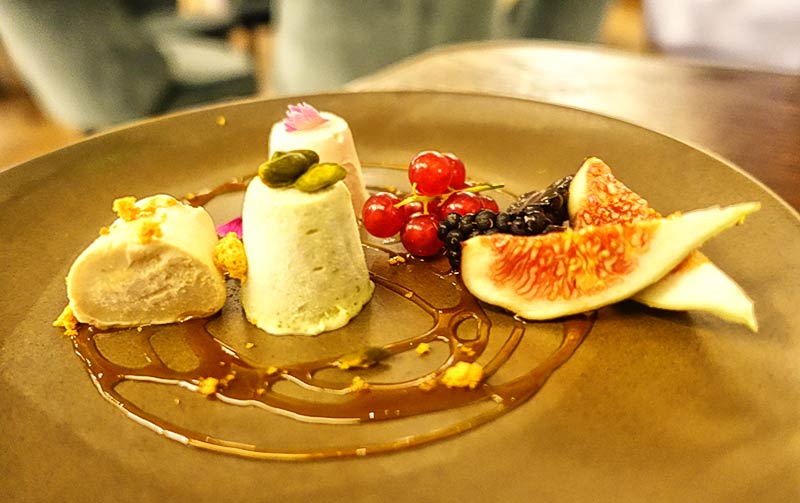 Medley of kulfis - salted caramel, rose malai, pistachio cardamom (£7.50) - the winning dessert. Excellent kulfis, particularly the salted caramel. Despite being rather full by this time, we could have had a lot more of those.

We did have some cocktails at the bar before eating - they're split into three sections, with headings like "fruity, sharp, rich" and have titles "Constructive" or "Harmonious". These are around the £13-£15 mark. On our visit, the "Active" (£14) won out - that's gin, pear puree, lemon juice, egg white, rosemary, thyme, sugar syrup and soda water.

As for the wine list, prices start at £32 (Jurançon Sec, Domaine Laguilhon, Sur Oeste, 2016) and head up as far as £730 if you're splashing out (Richebourg Grand Cru, Domaine Mongeard-Mugneret, Burgundy, 2014). We love a Basque wine, so we opted for the "Getariako Txakolina, Gaintza, Basque Country, 2017" at £36.

It's a good start from Peter Joseph at his own place. There are a few kinks to knock out from our early visit, but there are enough dishes that impress for the restaurant to build upon, not least that excellent guinea fowl tikka.

Hot Dinners were invited to Kahani. Prices are correct at the time of writing.

Where is it? 1 Wilbraham Place, London SW1X 9AE