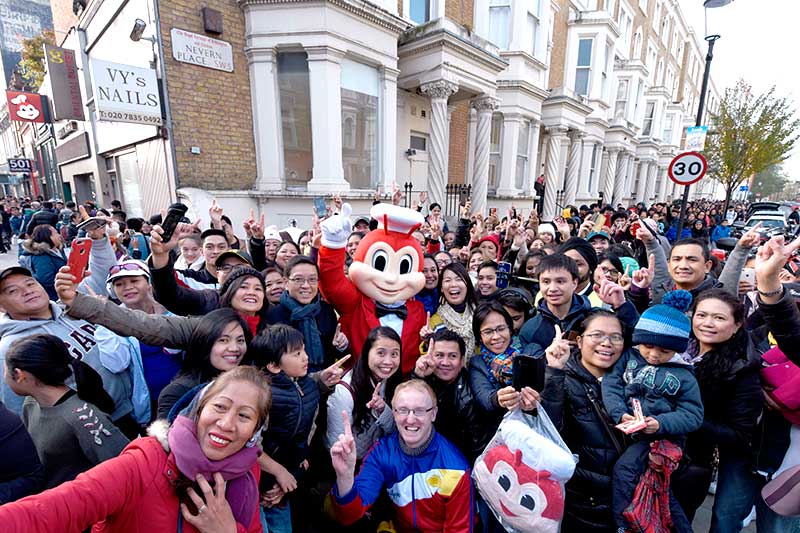 Over the weekend a fast food Filipino fried chicken restaurant opened. Something that might not be on your radar if you'd never been to the Philippines. But for thousands of expats living in London this was HUGE news. And just look at the crowds. Hordes camped over night in queues that stretched round the block in Earl's Court, just to be the first to get a taste of home.

Hot Dinners popped into a preview of the restaurant the day before (now feeling more than a little guilty that we sidestepped all that queuing!). Jollibee have taken over the old Wagamama on Earls Court Road - which is a decent size with plenty of room to sit in if you're not just after a bucket of chicken to take away.

Right now, they're kicking off with a daytime menu (although other branches around the world do offer breakfast). And while certain items weren't available when we were there - notably the chicken burger, tenders and burger steak - we did have a good old go at everything else. 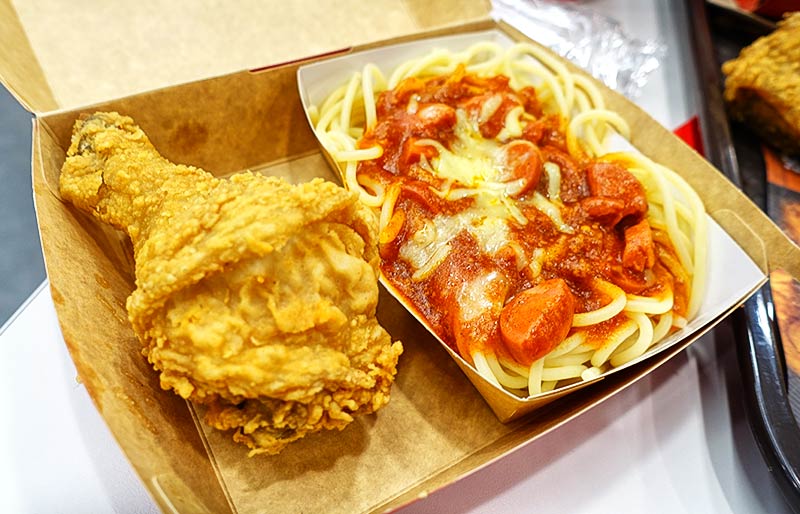 The Jolly Spaghetti and 1 piece Chickenjoy (£4.99)

Perhaps the oddest thing on the menu is the spaghetti with hotdogs - that's the dish Anthony Bourdain memorably described as "deranged, but strangely alluring". And he nailed it really - think elements of Heinz tinned spaghetti with a sauce that apparently features banana ketchup, liver spread and - so rumour has it - condensed milk.

The chicken was excellent - gorgeous crunchy skin - our only sadness being that we didn't (like most other people in there) just go for it and order a bucket of the stuff. It comes with a tub of gravy to dip into - and that's probably the real USP of Jollibee, that gravy is just super. The gravy comes out to play again in one of the sides - a mound of mash and gravy (£1.99), which we'd probably travel across town to have again. And the crispy fries with their special coating were good too. 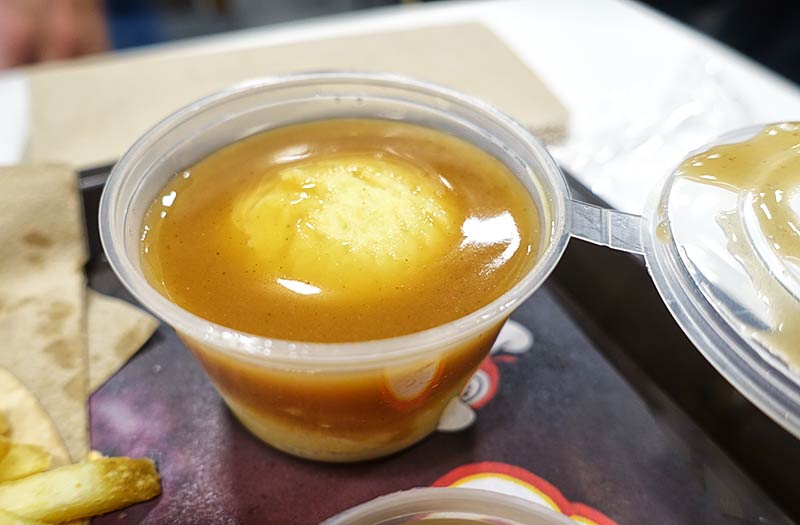 Of what we tried, probably the Double Yumburger with TLC (£4.49) was the only real disappointment. Stick to the chicken and you won't go far wrong.