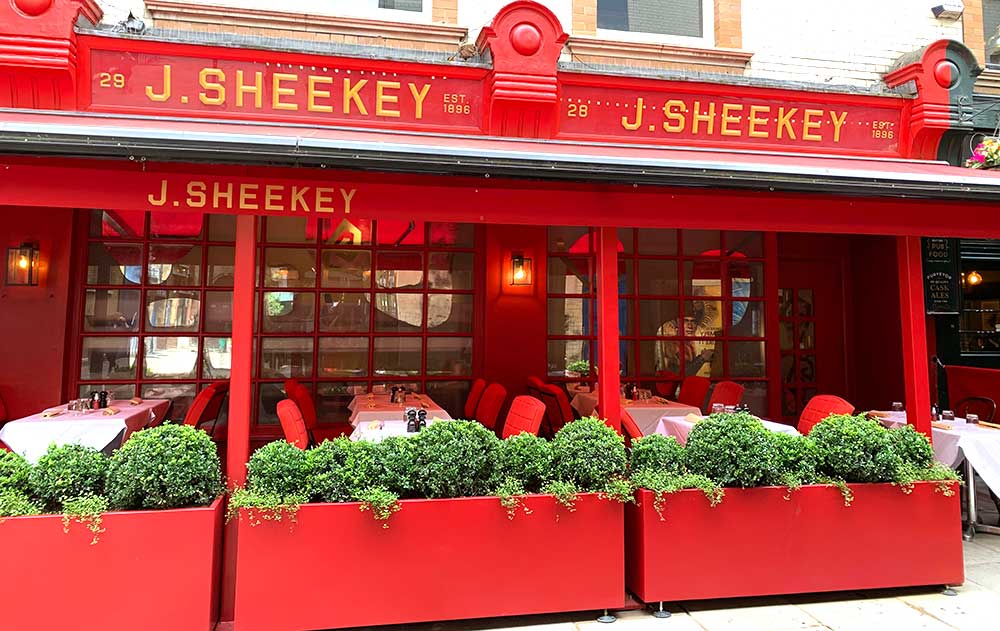 The new look 'winterised' terrace - we took this shot before they added in the glazing that's going to make this a lovely snug space at any time of the year.

So what do we need to know about J Sheekey?

If you haven't dined at this classic seafood restaurant in Covent Garden, then here's a potted history. The restaurant's named after founder Josef Sheekey who started as an oyster trader in the late 1800s in Mayfair's Shepherd Market. In 1896 he opened Sheekey's which means that it's celebrating its 125th birthday this year.

Sheekey's position, in the heart of London's theatreland quickly meant it found favour with theatregoers and actors alike. Even today, it's a regular haunt of stars popping in for a bite to eat post-performance.

If it's been around for over a century, why are you visiting it now?

In addition to us wanting to celebrate any London restaurant that's both survived and thrived this long, Sheekey's took advantage of the various lockdowns to have a bit of a makeover for its birthday. That involved turning its terrace into a fully weatherproofed space, complete with retractable roof, that'll be open all year round.

It's also seen them bring the spin-off The Atlantic Bar to a close. That took up about half of the building which has now become an extension of the main J Sheekey restaurant, getting a redesign in the process.

Our preferred spot is up at the bar in the main restaurant. Others prefer a table in one of the four interconnected dining rooms. What was The Atlantic Bar should quickly become a popular area to book, with new booths that look out onto the front terrace. 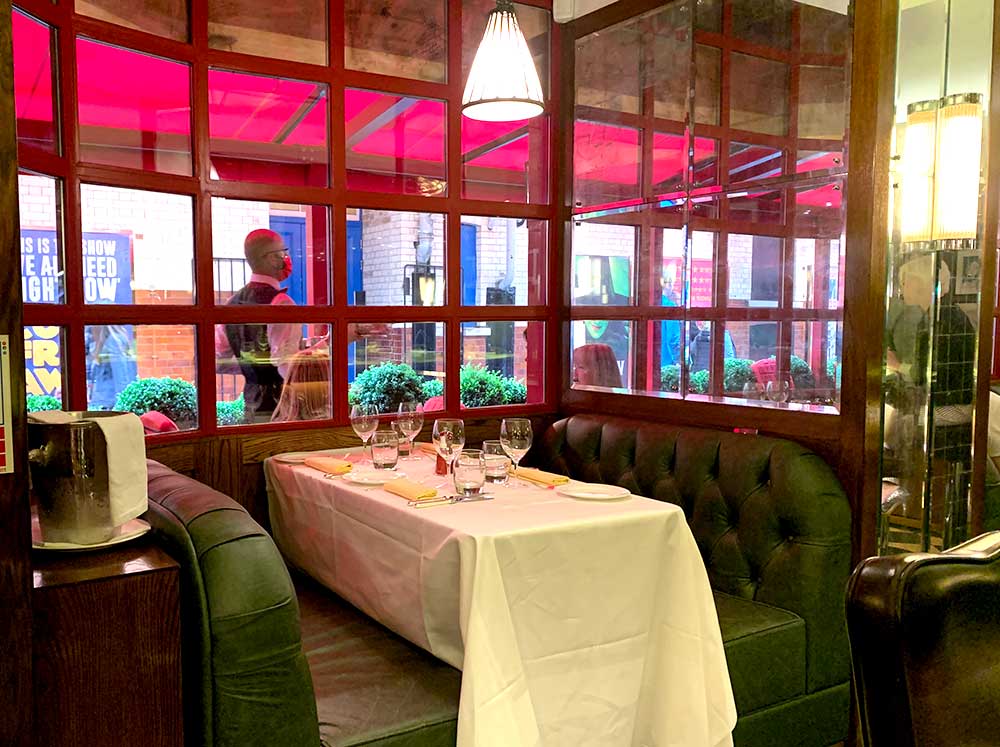 It is, with shellfish, a legendary fish pie and more taking pride of place. While you have plenty of non-seafood dishes to choose from, you'll get the most from the menu if you stick with the sea. 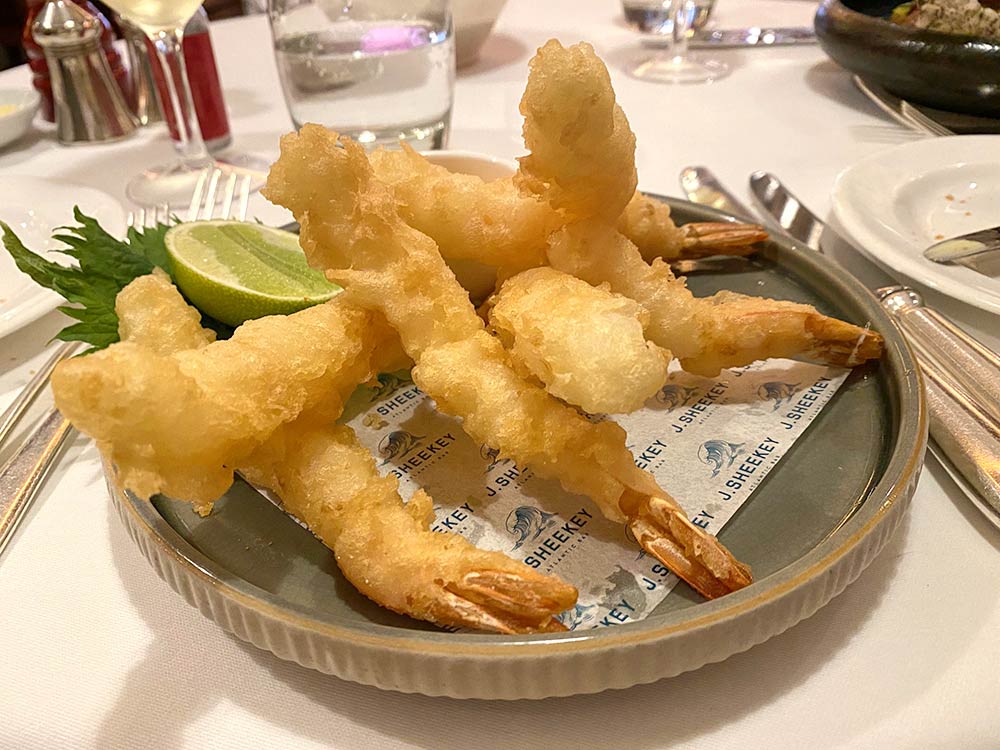 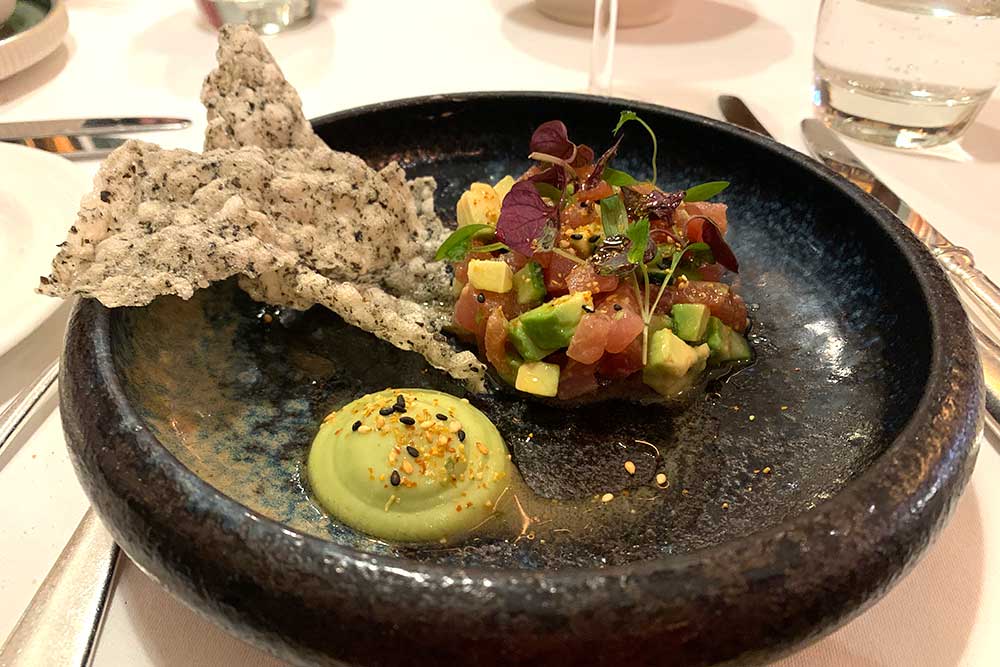 Yellowfin Tuna Tartare with spiced avocado and a nori cracker (£14.50) - we'll be honest, we hadn't spotted it was fish-shaped until we looked at our photos after... 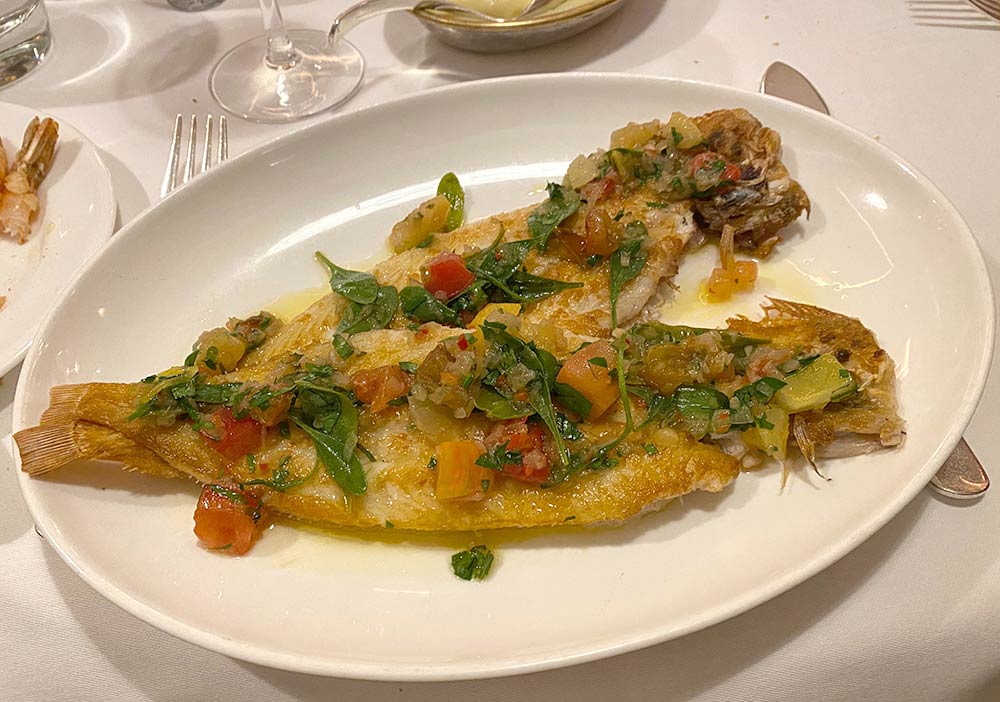 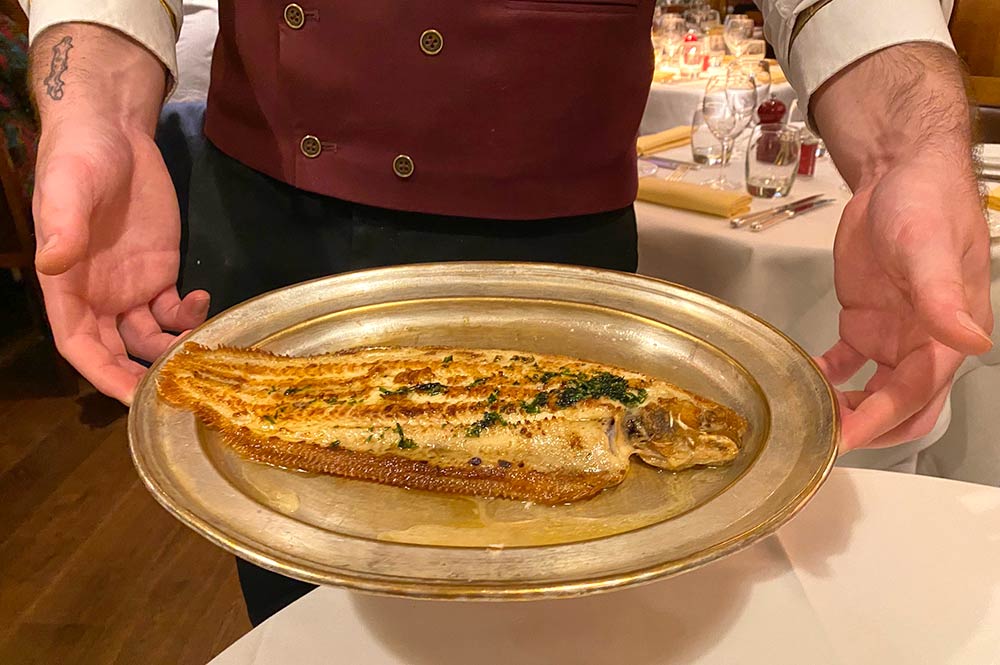 Grilled Dover Sole with Meunière sauce (£44) - presented first off, the bone, then expertly filleted and returned so it's all done for you. 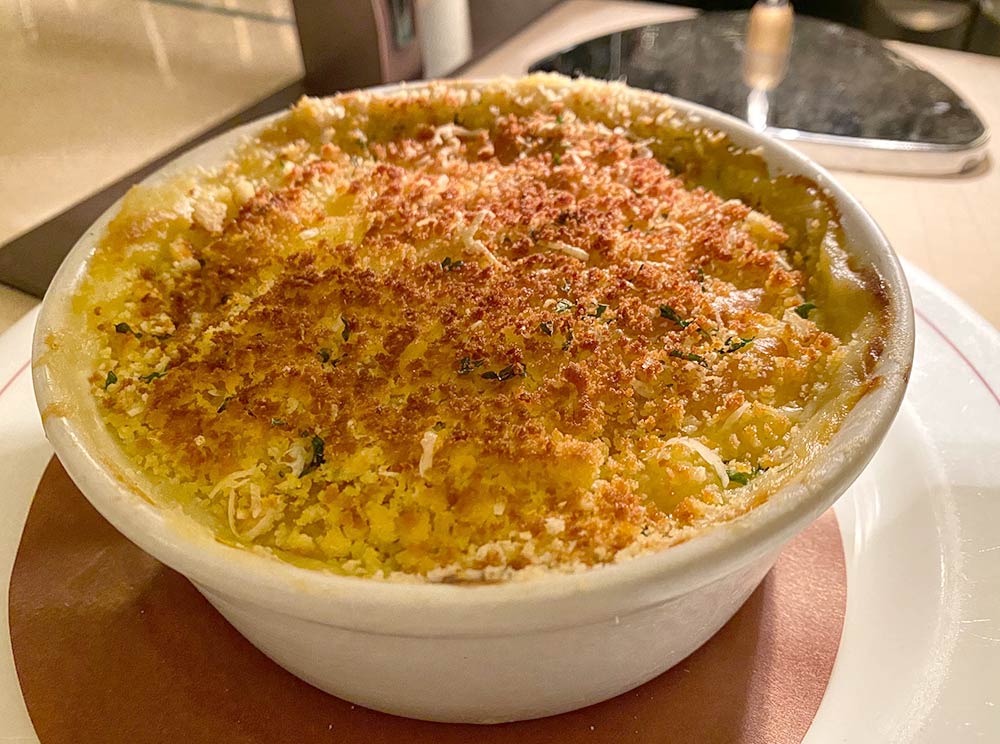 The legendary fish pie (£19.50) which we've personally had in the restaurant on multiple occasions (this was from a visit before one of the lockdowns last year).

A special mention has to be made for Sheekey's mash... 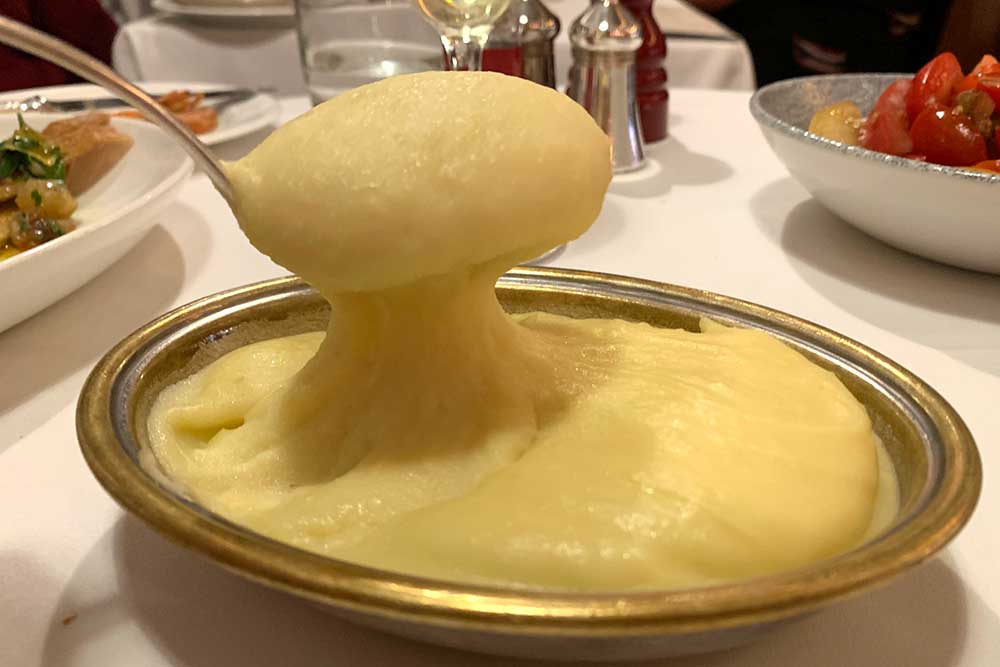 There should be - because you'll find it hard choosing between dishes like these... 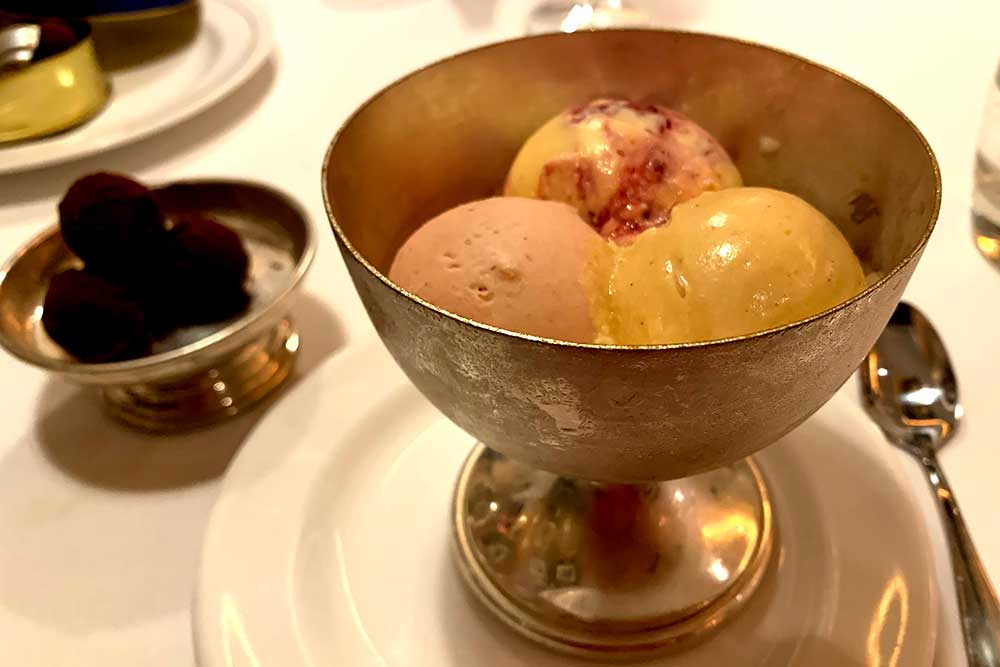 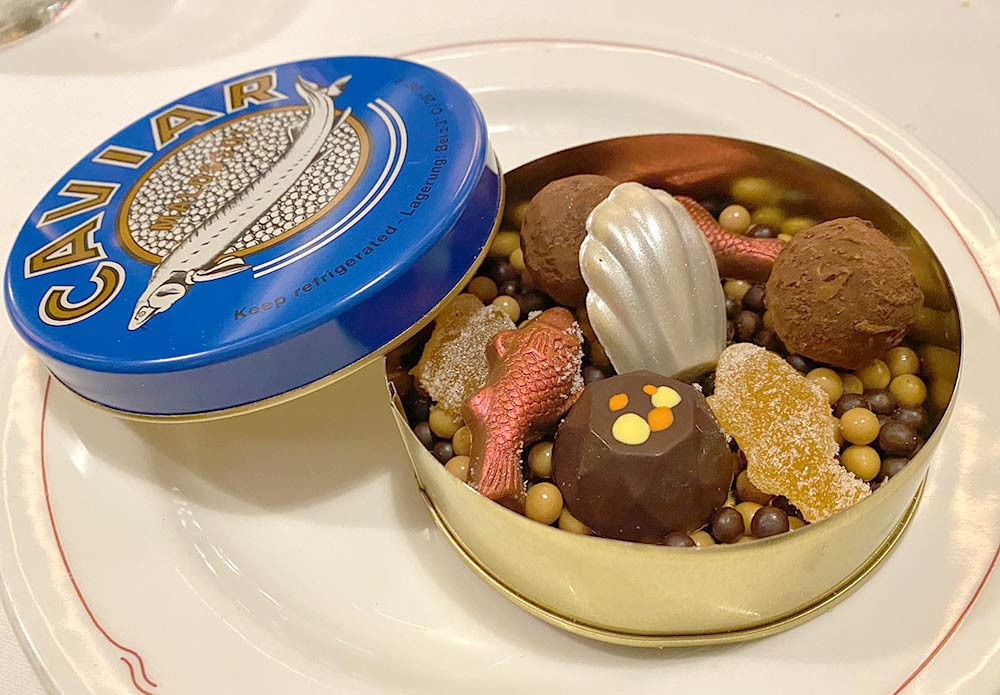 J Sheekey caviar sweet tin (£9) - if you only order one dessert make it this one, a collection comprising salted caramel truffle, coffee truffle, passionfruit truffle, milk chocolate fish and passionfruit pate de fruit on a bed of dark and dulce crispy chocolate balls.

Wine is where your bill will ramp up with many bottles in the £60+ range (although £30 is the entry point). But there's also a decent selection by the glass, and if you're looking to go for a special bottle then hit up the Sommelier's Selection - a range of rare bottles like a 2016 Penfolds for £320 or a 2013 Montrachet for £600.

Whether this is one of your favourite restaurants in London (like it is ours), or you've never been, this couldn't be a better time to head to Sheekey's. It's looking lovelier than ever inside and out following its lockdown makeover and there's something truly magical about this London institution. Go, be cossetted, and raise a glass to their 125th birthday.

How to book: Book J Sheekey

Hot Dinners dined as guests of J Sheekey. Prices correct at the time of publication.