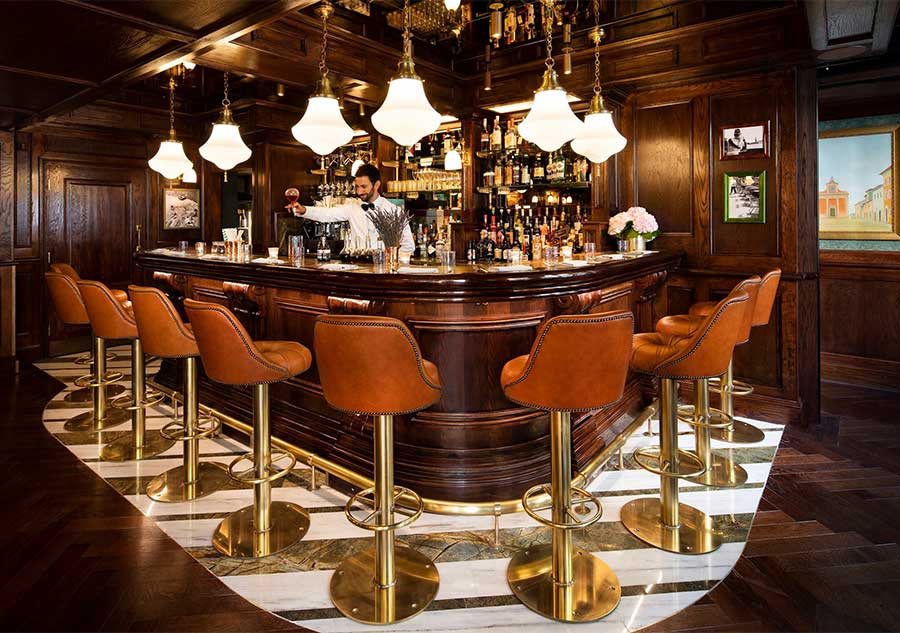 Can't you just picture yourself with a Negroni up at this bar? Sod the shopping.

So what do we need to know about Harry's Bar?

Well, for starters, it's nothing to do with the other Harry's Bar in Venice. This is actually the sister restaurant to Harry’s Dolce Vita and 'inspired by' the private members club of the same name in Mayfair. All are owned by Richard Caring's Caprice Holdings.

It's on James Street, just one over from Duke Street where Caring's other new establishment, The Brasserie of Light, looms over the area. Mind you, it does look as though it's been here for 50 years, not barely five months. Those Caprice Holdings folks really are clever with their restaurant decor. Here, it's all about recreating a little slice of La Dolce Vita in the heart of the West End - so think pictures of Sophia Loren, Riva speedboats and more.

Where's best to meet friends for a drink first?

There is a small, but quite beautiful bar here with just eight seats to perch yourself up at and order one of their botanical G&Ts or a Negroni. Alternatively, head over to Selfridges to the Fount Bar where Ryan Chetiyawardana (My Lyan) is behind the drinks list.

Is there a particularly good table/area to sit?

If you can swing one of the tables by the window or one of those on the terrace on a sunny day then you're set for people watching. Otherwise, we'd prefer the front of the two dining rooms.

So, the food, it's Italian yes?

Assolutamente. The chef behind the menu here and at Harry's Dolce Vita in Knightsbridge is Diego Cardoso who was, for six years, Head Chef at Angela Harnett's Michelin-starred Italian restaurant Murano. So if anyone knows his way around a plate of pasta it should be him.

In addition, the menu format will be very familiar to anyone who's been into an Ivy Cafe recently. 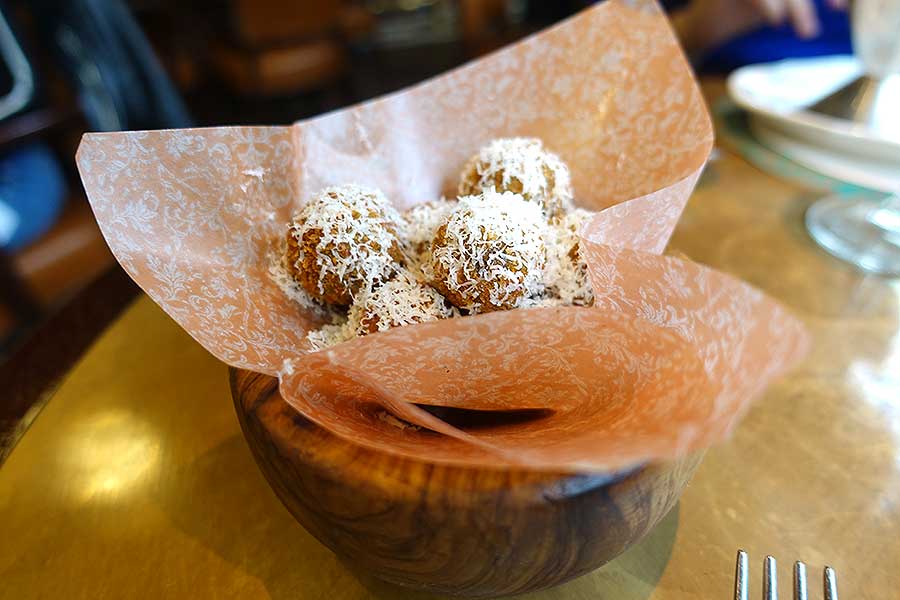 Truffle arancini - from the cicchetti menu (£5.50) - little balls of deep-fried joy and just enough not to kill your appetite for what's to come. 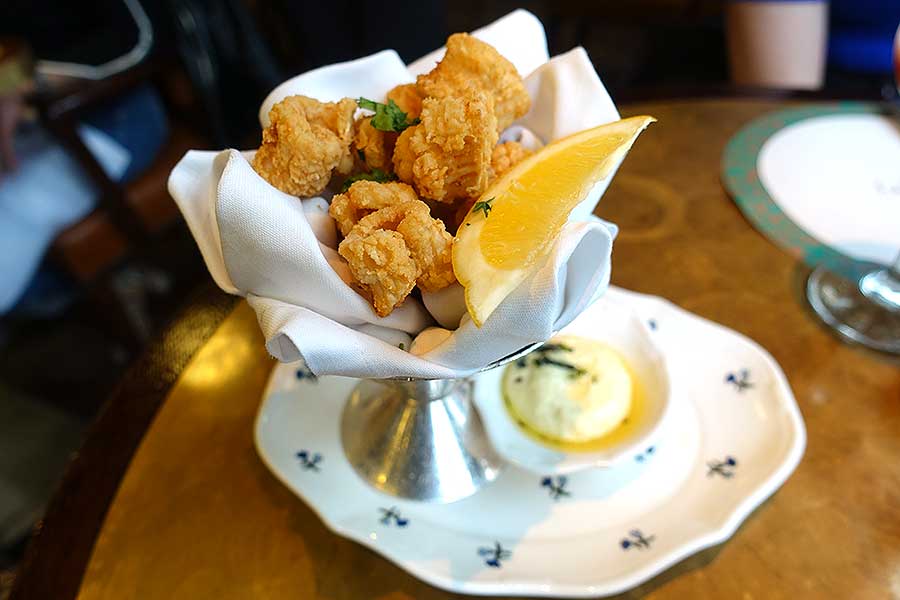 Calamari fritti with roasted garlic aioli (£9.50) - not a hint of rubber to these and the aioli was particularly good. 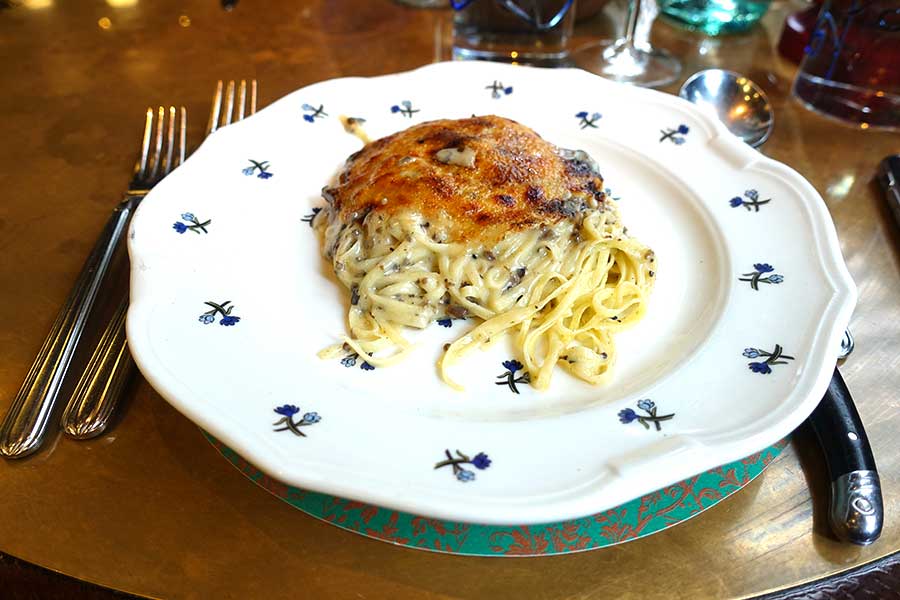 Harry's tagliolini gratinated with truffles, Parmesan and cream (£12.95). Approximately one person at every table was having this dish, which is spooned out of the pan on to your plate. We would eat another dish of it right now. Wonderful stuff.

Still dreaming about this dish from lunch @harrysldn at the weekend. It's the gratinated tagliolini with truffles, Parmesan and cream. Reckon almost every table in the restaurant had someone ordering this - and it’s easy to see why. Rich, but not overwhelming, and supremely comforting without stuffing you so much you can't eat anything else. Might have to go back for seconds. . . . To see more pics from our meal there, check out our Test Drive on the site or via the link in our profile. . . . #invite #eathotdinners #londonrestaurants #oxfordstreet #eatlondon #londonfoodie #pasta #truffles #londonfood 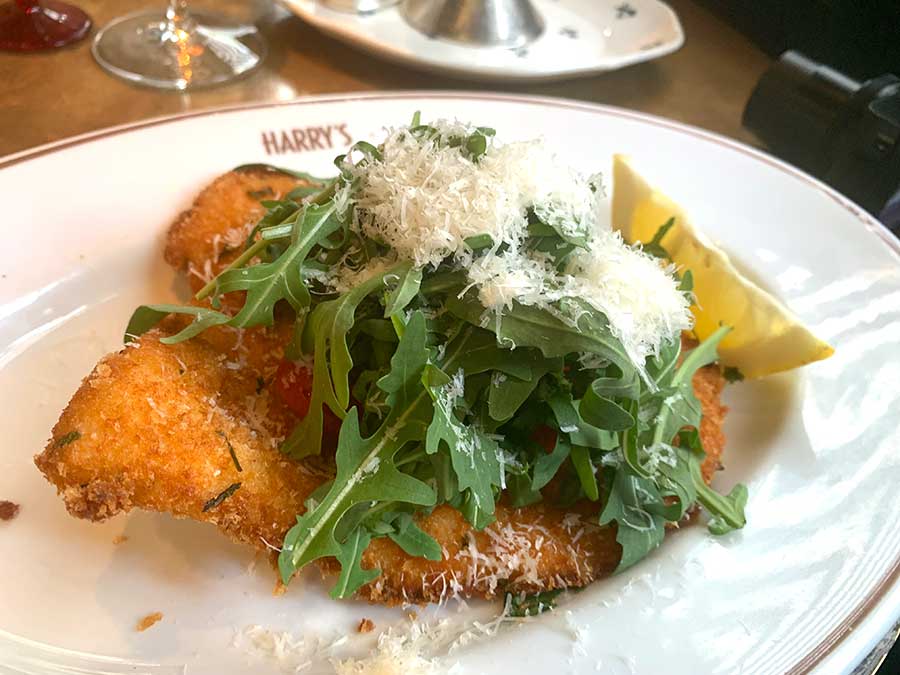 Pollo Milanese (£17.75) - served with chopped rocket and datterini tomatoes. Easy eating food, but we could have done with a few more tomatoes at this price. 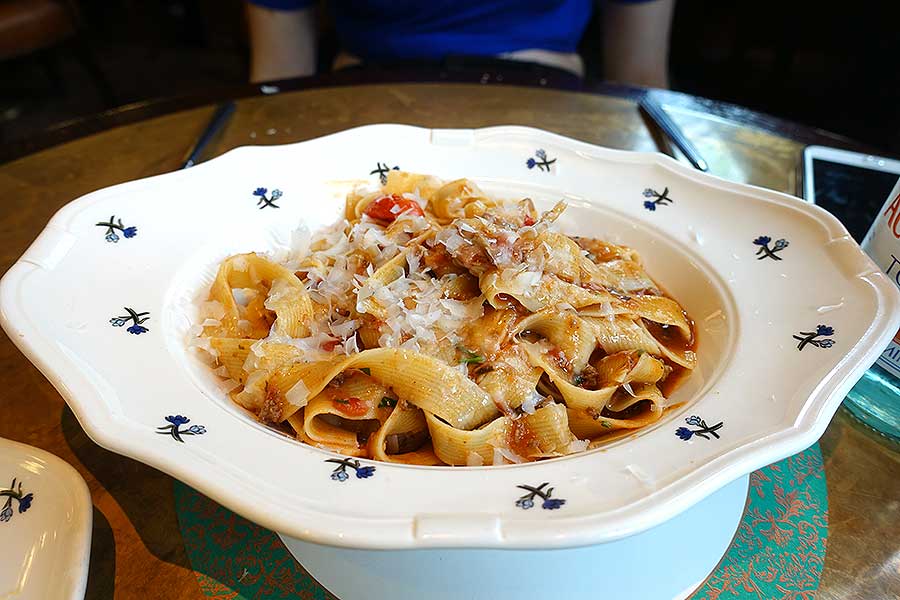 Pappardelle al ragu bolognese (£16.50) - pronounced "very good" by our teenage tester whose favourite spots include Padella and Flour & Grapes, so this is high praise indeed.

For dessert, we went a little off-piste trying out the Piccoli Dolci menu. This is Harry's Bar's afternoon tea offering - a miniaturised selection of their usual desserts. The platter includes the Toadstool you've probably seen on Instagram, made of Mascarpone cream, fresh raspberry and chocolate as well as Gelato Cannoli, Chocolate and Pistachio Sundae, Salted Caramel Tiramisu and Peach doughnut. 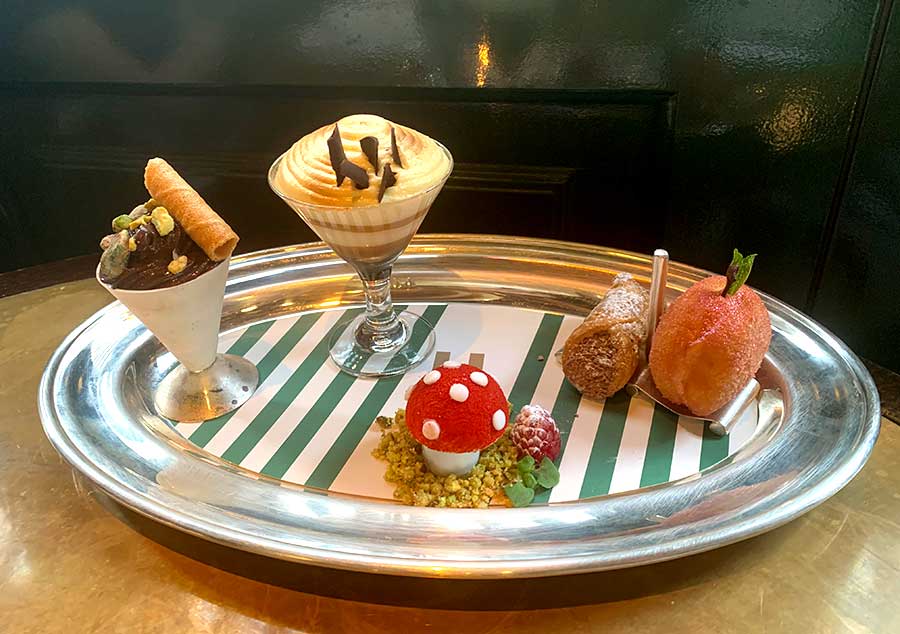 Why pick between the desserts when you have ALL of them?

Very - a large proportion of the ciccheti, anti-pasta, pizzas and pastas were vegetarian. The one thing we weren't that hot on were the zucchini fritti - which normally we love. These were a little underseasoned and could have been crispier.

Apart from Champagne, it's a wholly Italian wine list with bottles ranging from £19.95 up to £280 for a top tier Barolo from Aldo Conterno. We didn't go big on the wine as it was lunch, but a glass of Franciacorta at £10.50 was a welcome change from Prosecco and our glass of Grillo Parlante from Fondo Antico (£9) was delicious.

It's hard to believe that Harry's Bar hasn't been providing a blissful bolthole to weary shoppers since the other Harry (Selfridge) was first setting up shop on Oxford Street. Maybe you'd be better off forgetting the shopping altogether and just go straight here instead for a good time.