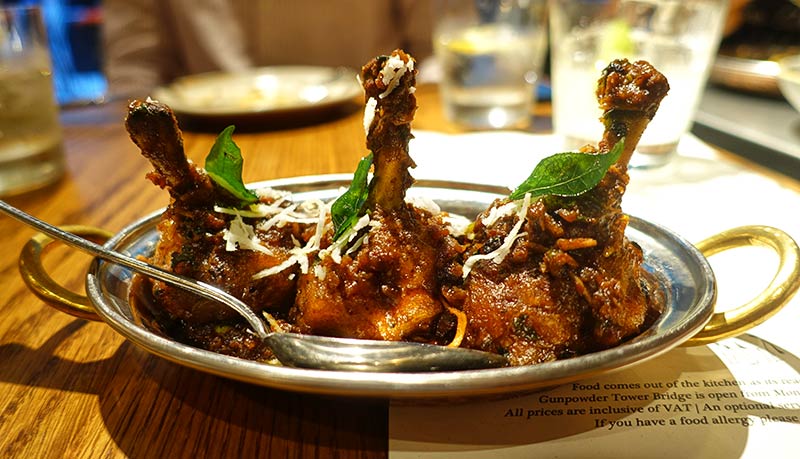 The Chicken Lollipops - Madras style (£6). Order these as soon as you sit down.

What can you tell us about Gunpowder?

Gunpowder first came to London in late 2015, opening somewhat quietly in the City but very quickly earning a great reputation, while only seating 20 people. They were set up as a restaurant serving a modern take on "home-style" dishes. Since that opening, they also opened both Gul and Sepoy and Madame D's but recently closed those to concentrate the main Gunpowder restaurants.

So the Tower Bridge Gunpowder is their second main restaurant, similar to the original but bigger and with a few new additions...

It's in the One Tower Bridge complex that also hosts The Coal Shed, The Ivy, By Chloe and St John at the Bridge Theatre to name a few. We think the easiest way to get there is to head to London Bridge station and walk down by the river (and really who needs an excuse for a nice riverside walk?). 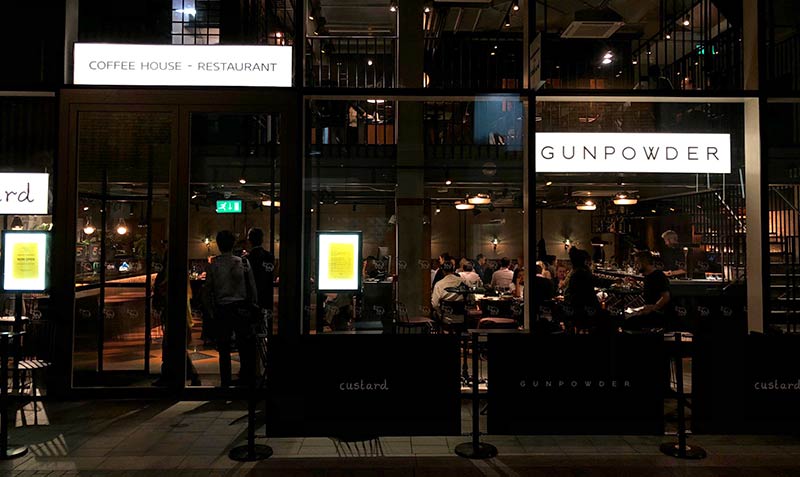 Gunpowder at Tower Bridge (and soon to be Custard too)

If I fancy a drink before (or after) where should I head?

On the way there or back, a margarita at Santo Remedio is always welcome but closer to the restaurant we really do like a drink at the Bridge Theatre, where St John are in charge of the bar area (just make sure to avoid the interval mayhem). Or you can also head to the nearby Ivy Cafe instead.

And once there - where should we sit?

We went in very early on, so they're still gradually opening up the seating areas - but we were rather partial to the booths at the back of the room. Head there if you're in a group of four. And if there are just two of you, the stool tables at the front will give you a little more space around you. 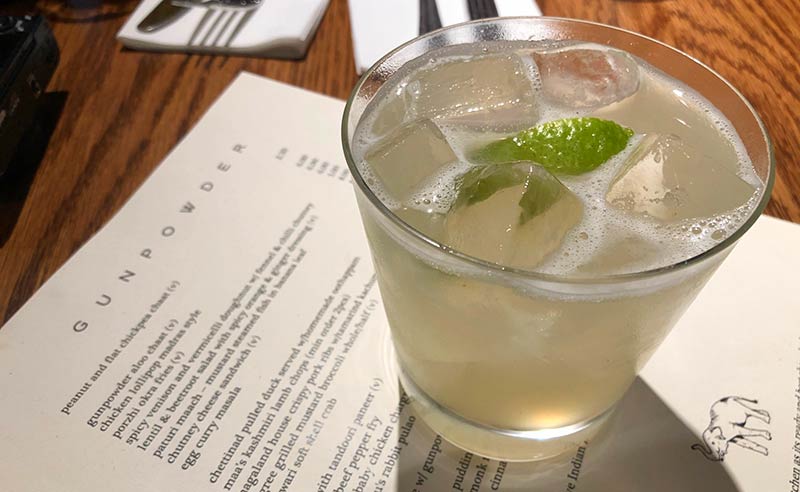 What kind of food can we expect?

It's primarily something of an Indian small plates affair, so we think you should order 6-8 dishes in total. But as ever, follow our guideline for small plates restaurants - order just 2-3 dishes at a time. That way you can gauge your appetite - and avoid being swamped. It's a plan that never lets us down.

So, while we're looking at the menu - any thinking food?

Yes, head straight for the chicken lollipop, madras style. You'll absolutely need those - you can thank us later. Also, as your first drink, we'd strongly recommend the excellent Bow Barracks Gimlet (£9) which turned up in record time.

So what about everything else?

This was our first visit to Gunpowder, having foolishly missed eating at the original. And there are a number of classic dishes from there that you'll want to order if you're in the same boat as us. Plus new additions include "Aunty Sulu's Rabbit Pulao (£15) - one of the larger dishes that we absolutely would have ordered if our dining companion hadn't refused to eat rabbit. So try that one if you can.

As for what we ate on the night... 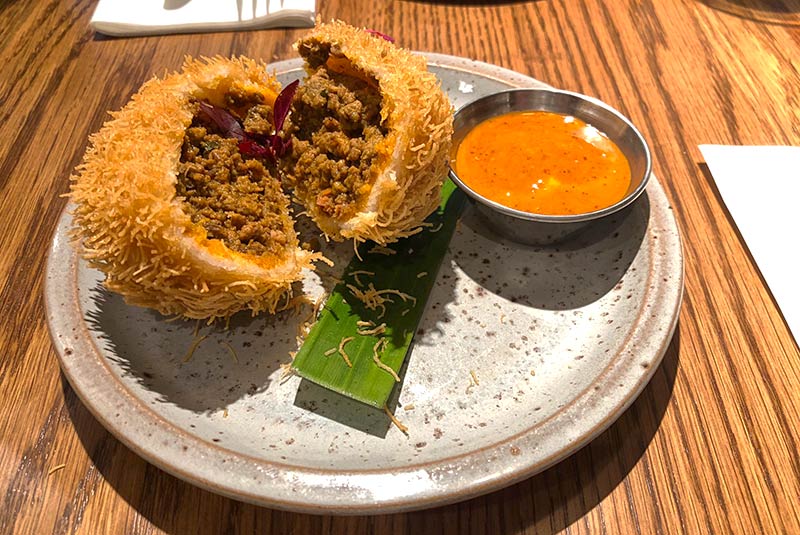 Spicy venison and vermicelli doughnut with fennel and chilli chutney (£5). Also from the original and you can expect this one to appear on many an Instagram feed. 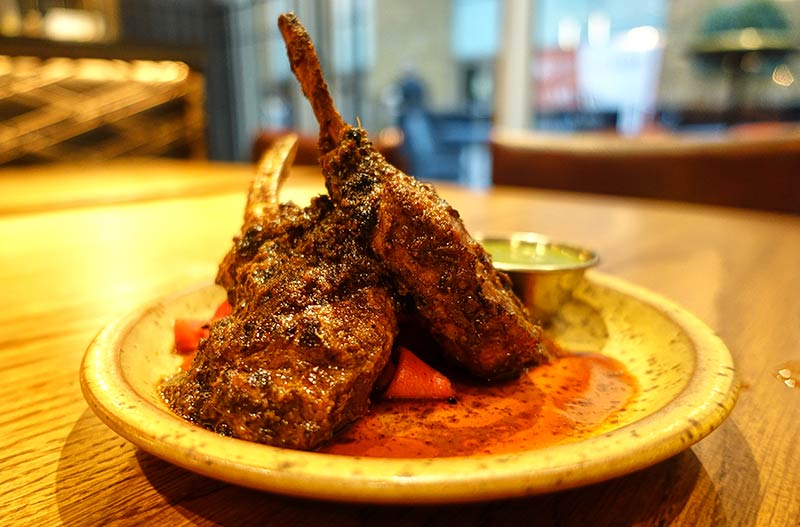 Maa’s Kashmiri lamb chops (£7.50 each). One of the favourites from the original Gunpowder and another hit here. Note you have to order two at a minimum - but that's no bad thing. 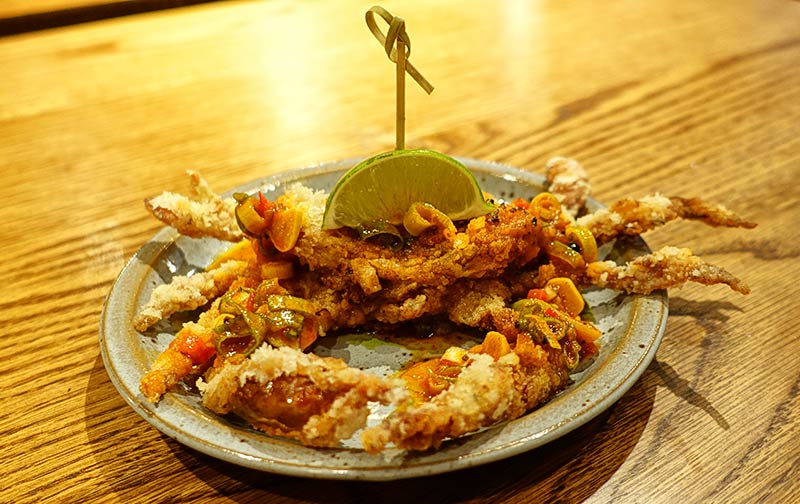 Karwari soft shell crab (£9) - another hit from the original. 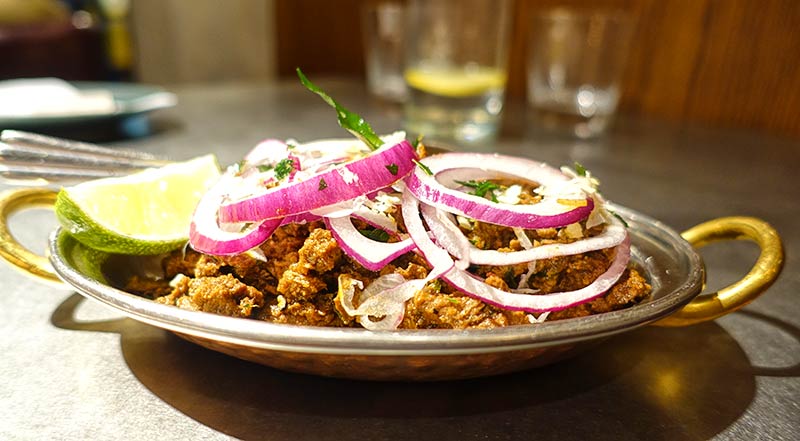 Kerala beef pepper fry (£11) - one of the larger dishes and worth pairing with rice.

As with many Indian restaurants, you'll find lots on the menu to suit vegetarians - and the porzhi okra fries were flying out of the kitchen. Here's what we had: 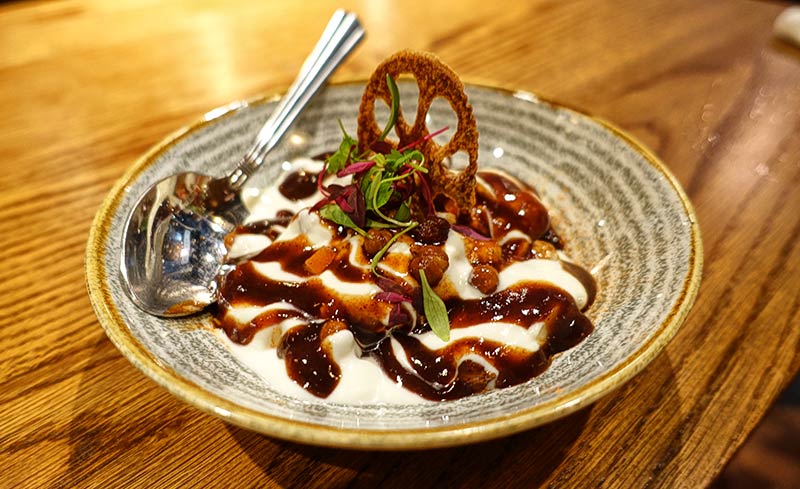 Gunpowder Aloo Chaat (£6) - fries potatoes are hidden underneath all this. 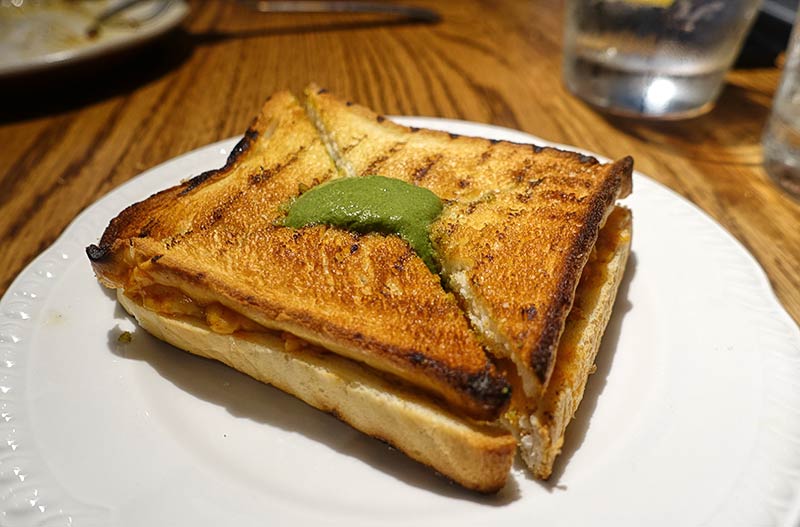 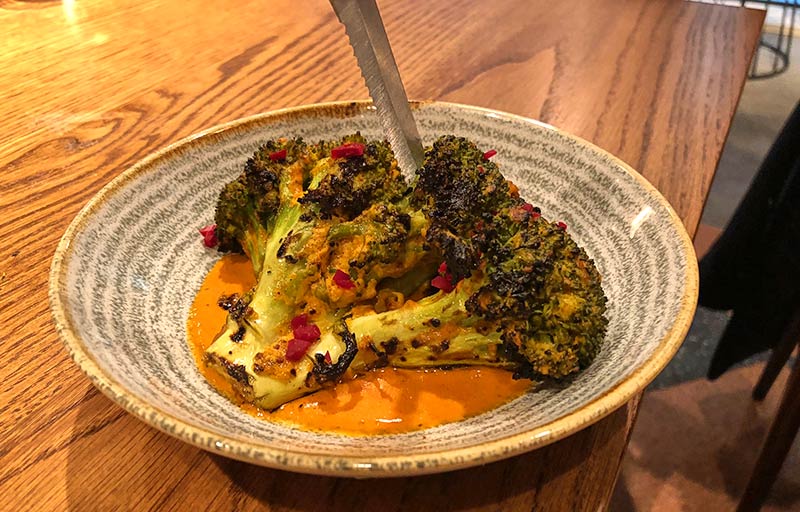 Sigree grilled mustard broccoli (£6.50 for half) - also comes as a whole broccoli.

Even if you've made your way through the bulk of the menu before - and we can totally understand why you'd take the opportunity, save just a little room for dessert if you can. We think you'll be wanting this... 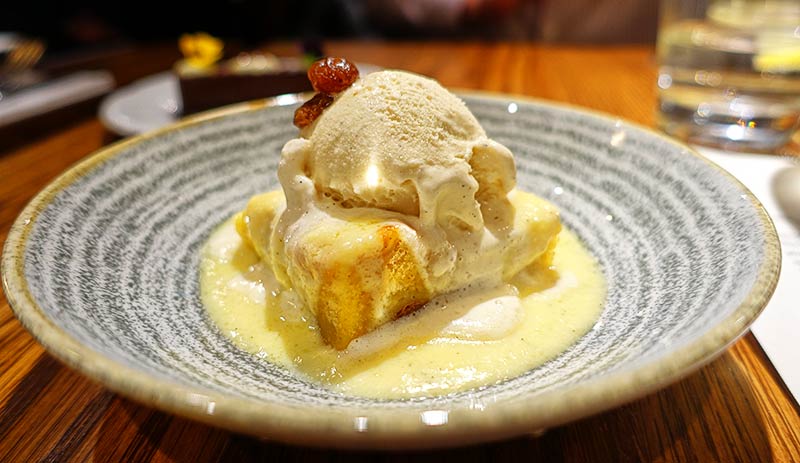 Old monk rum pudding (£7) - the recommended dessert, essetially their version of a bread and butter pudding.

As mentioned earlier, the gimlet is highly recommended - and the short cocktail list has everything priced at £9. They have their own beers on the menu from Forest Road Brewery - you can choose between Posh - Lager, Work - Pale Ale and Pitch - Black Ale, all at £5 a bottle. And the short wine list starts at a very reasonable £22 a bottle (with a £97 Burgundy if you're pushing the boat out). We would strongly recommend the 2017 Fiano which was on the list when we visited (Visconti Della Rocca, Puglia £28).

While we'd been to (and loved) Madame D's, we'd always thought we'd missed something by not visiting the original. And now we really see what the fuss was about. We waded our way through a succession of excellent small plates, all of which we'd happily eat again. There's plenty to like for people both wanting and avoiding (spicy) heat in their food - and it's another restaurant helping to round out an interesting collection at Tower Bridge.

Plus you can wander down to the river for a damned great view after. Recommended.

Hot Dinners were invited to Gunpowder during its soft launch period. Prices are correct at the time of writing.

More about Gunpowder at Tower Bridge

Where is it? One Tower Bridge, 4 Crown Square, London SE1 2SE

How to book: It's mainly walk-in, so head over and leave your name on the list if there's a wait.