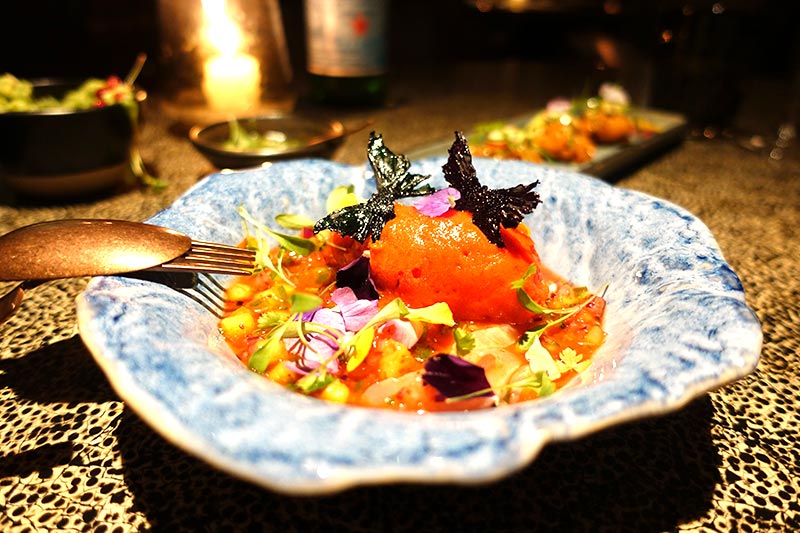 So what do we need to know about Ella Canta

London's going through a bit of a Mexican makeover at the moment. From low-rent (but brilliant) taco joints like Del74 and Eat Killer Tomato to places like Breddos and Santo Remedio, it's now possible to not only eat Mexican well, but brilliantly, in this city. And if you've been a Londoner for as long as we have, you'll know this took its sweet time coming.

But hey, it's here now and to add to our lexicon of low and mid-budget Mexican spot comes this high-end Park Lane version. Marta Ortiz is legendary in her own country with her restaurant Dulce Patria and now she's made the move to London.

The restaurant is part of the Intercontinental Park Lane. But it has its own entrance on the corner of Park Lane and Piccadilly - which is handily just as you pop up from the Park Lane underpass if you're coming by tube to Hyde Park Corner. There's a separate bar at the furthest end of the room from where you arrive and the dining room is split into distinct sections including a more open section alongside the window looking out on to Park Lane. 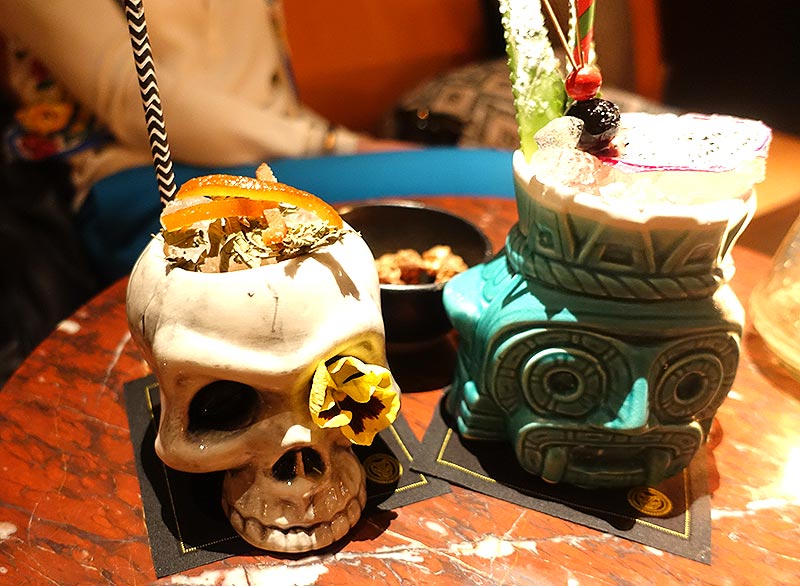 Make sure you get a cocktail here

There's no shortage of pricey spots around here to drink, but if you're going to splurge on a cocktail, you'd be much better off heading to the bar here where some seriously potent drinks are being served up in a variety of vessels that would be just perfect for any Day of the Dead drinks. An Onca (£16) made with ingredients including Aztec chocolate bitters and Peligroso Cinnamon Tequila liqueur went down a treat as did the Mayahuel (£14) from the extensive margaritas list.

Kick your meal off with the guacamole - obviously - not least because of the gold-encrusted grasshopper sitting on top among the pomegranate seeds. Ideally come as a group as you're going to want to really do the menu some justice. 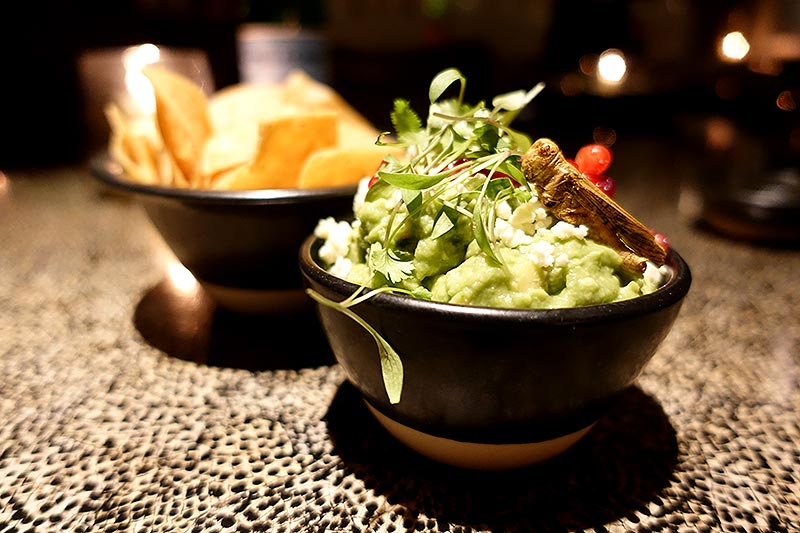 The guacamole (spot the golden grasshopper)

Key dishes we'd say to order would be:

For the mains we wanted the beef fillet but we also wanted the black mole which was on another dish, so they added that on for us too - Martha's mole is a signature of the restaurant (£37 - but some of the best beef we've had in AGES)

Desserts aren't quite so strong - a bit of a case of style over substance - but make sure to get as far as the petit fours which are served with a particularly theatrical flourish. 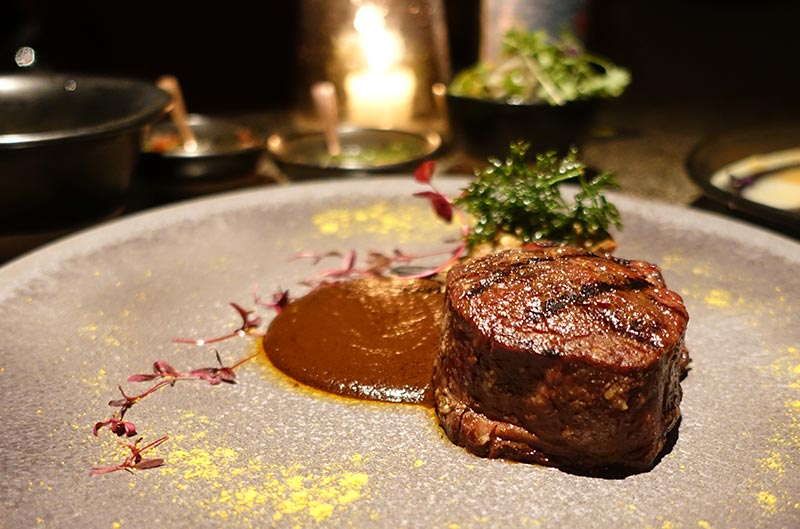 Fillet of beef with mole

Ella Canta fits very neatly into London's new Mexican scene, particularly if you're after somewhere new and different for a special occasion or perhaps client entertaining. Or sod it and just head here for a payday bonanza where you can just treat yourself to a really, really good Mexican meal. If you want to try it out on the 'cheap', head here for a cocktail and some of the dishes on the bar menu which also features a few dishes that aren't on the a la carte.

Hot Dinners were invited to Ella Canta. Prices correct at time of publication.