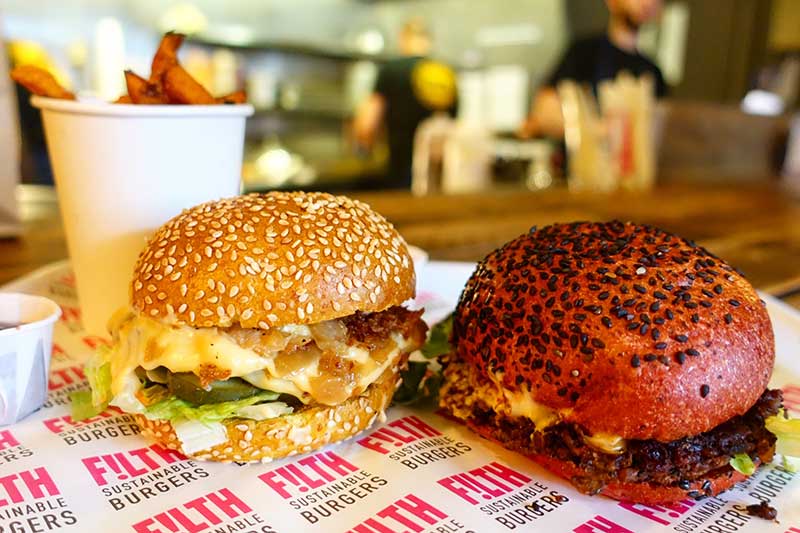 It's a small but perfectly formed menu - and these are the two burgers you're going to want to know more about.

So what do we need to know about Filth?

Well, unless you've spent the past week or so in social media purdah you can't have failed to notice that Gizzi Erskine has just opened her plant-based burger popup in East London. Along with co-founder Rosemary Ferguson this three-month residency is the latest outing for the Filth brand which first popped up in Tate Britain just over a year ago. The Beckhams have been in, Tom Daley has been spotted there - so yes, it's a sure-fire hit.

Where has it 'popped-up' then?

They've taken over the Dirty Burger spot in Shoreditch - so directly opposite Shoreditch High Street station.

If you're lucky enough to be members of Shoreditch House, which is in the same building, that's obviously nice and easy. Otherwise there's the Owl & Pussycat on nearby Redchurch Street, or you could always meet at the Beatbox bar at Boxpark Shoreditch.

It's pretty short and straightforward really - two burgers, a handful of sides and some drinks. Everything on the menu is fully vegan and plant-based. If you're after something gluten-free you'll have to stick to the fries and salad and, right now, it's not suitable for anyone with a nut allergy - although they're apparently working on that. Here's what we had: 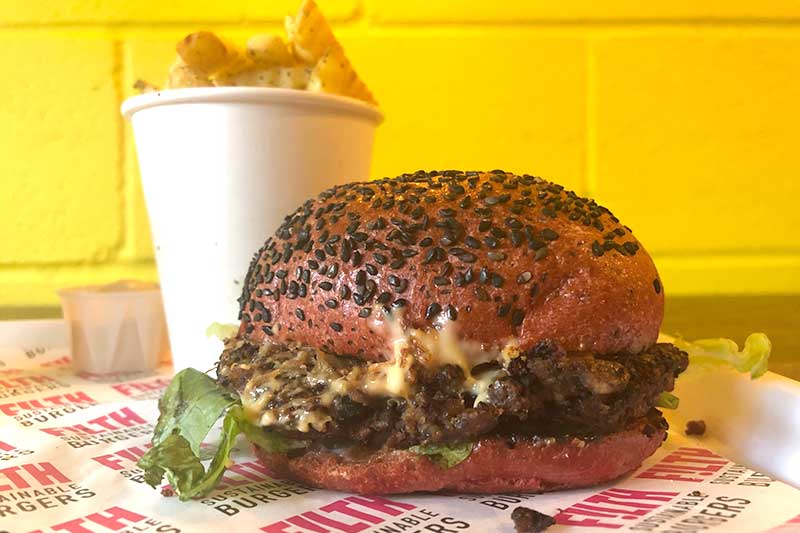 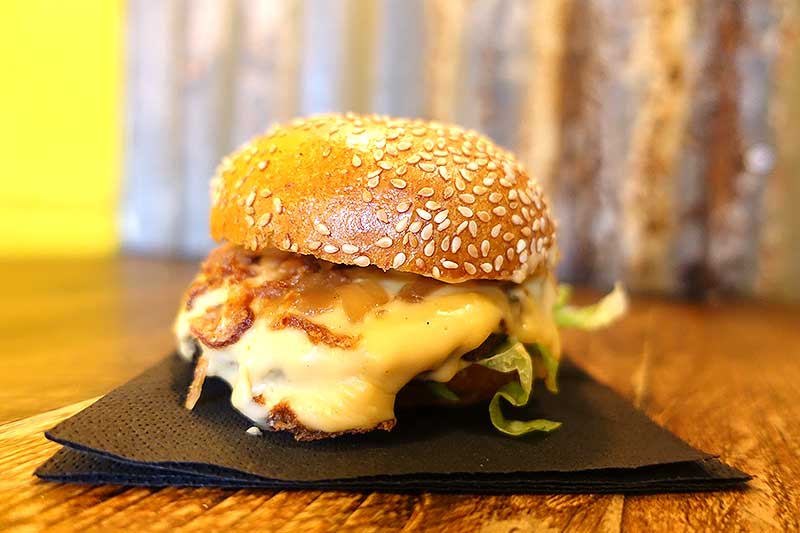 The Seoul Burger (£8) - the same patty but this comes in a carrot and turmeric sesame bun with kimchil, pear bulgogi sauce, gochujang aioli, shredded lettuce with pickles, crispy fried onions and American beer cheese. Yes, you're going to need a LOT of napkins. 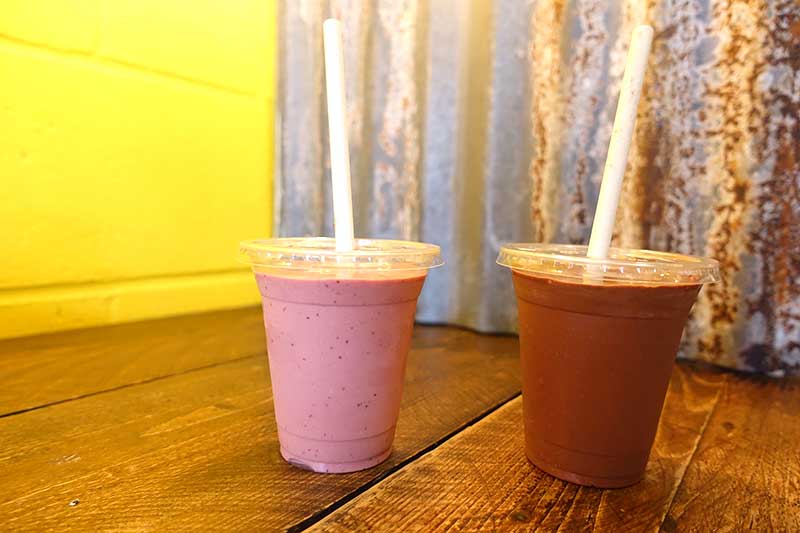 There are two shakes on the menu - Strawberry Acai made with strawberries, almond milk, acai berry posder and vegan vanilla ice-cream and a Salted Chocolate version with cacao, agave, almond meal and chocolate vegan ice-cream.. Both are a fiver and the strawberry one certainly tasted like it was one of your five a day which is another bonus.

As for the sides, we definitely preferred the standard crinkle cut fries, particularly dunked in roasted garlic aioli - although the house addictive miso seaweed dust on the sweet potato fries was a nice touch.

This is a tricky one, given that these were the first vegan burgers we'd ever tried. So we're comparing these to all the meaty burgers we've ever had, as opposed to the other vegan burgers that are out there. And while the taste was really good for both (with maybe the Seoul burger edging ahead), the texture wasn't quite there for us. The patties fell apart as we were eating, so it didn't have that same consistency as a meat burger. But that's only when comparing directly against a standard beef burger.

On the other hand, the whole experience was as fun and fulfilling as any other fast food one - and with so many people either adopting a fully or more plant-based diet, it's good to know that it can be as tasty as this. We clearly need to get out and try more and Filth is a perfect springboard for that.

How to book: You don't, walk-ins only.

Hot Dinners dined as guests of Filth. Prices correct at time of publication.