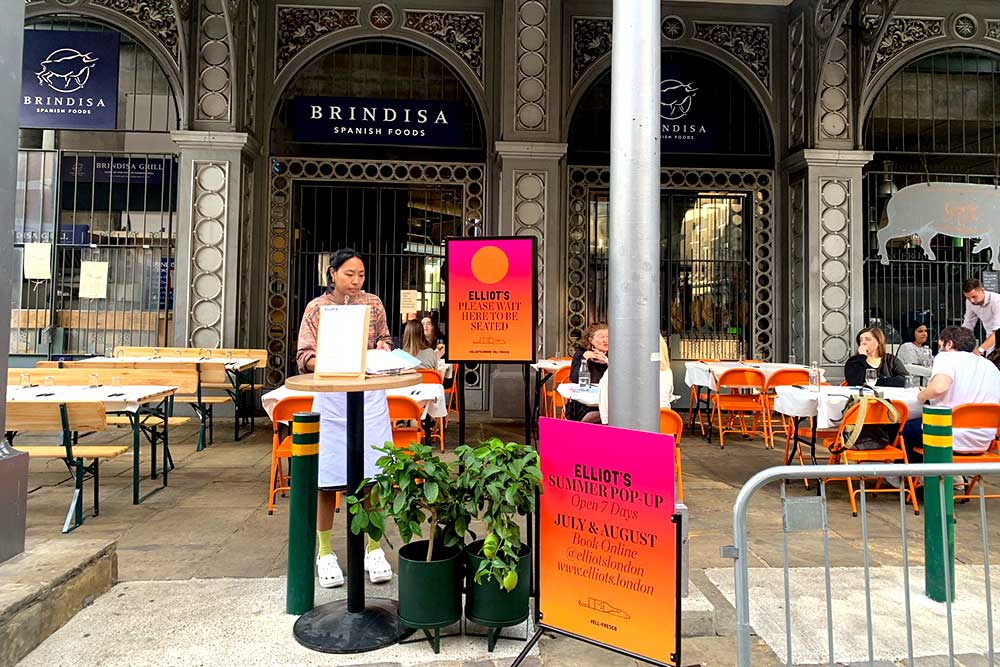 Ell-Fresco is just across from Elliot's taking over a big space in the market.

So what do we need to know about Elliot's Ell-Fresco?

As the puntastic name might suggest, this is their summer alfresco pop-up. Having closed their restaurant dining room for the time being (they still do walk-ins at the bar), they've decided to move the restaurant outdoors instead.

It's on the same street as Elliot's - Stoney Street. They've taken over a large section of the covered part of Borough Market, where food traders normally go, outside Brindisa's shop.

What kind of safety measures have they employed?

Aside from the usual social distancing and hand sanitiser on the entrance, things seem pretty normal here - the staff aren't wearing masks. That was quite the contrast to Wright Bros on the section next door where staff were in full PPE.

It's a mixture of snacks, small plates, pizzas and a few heartier options. 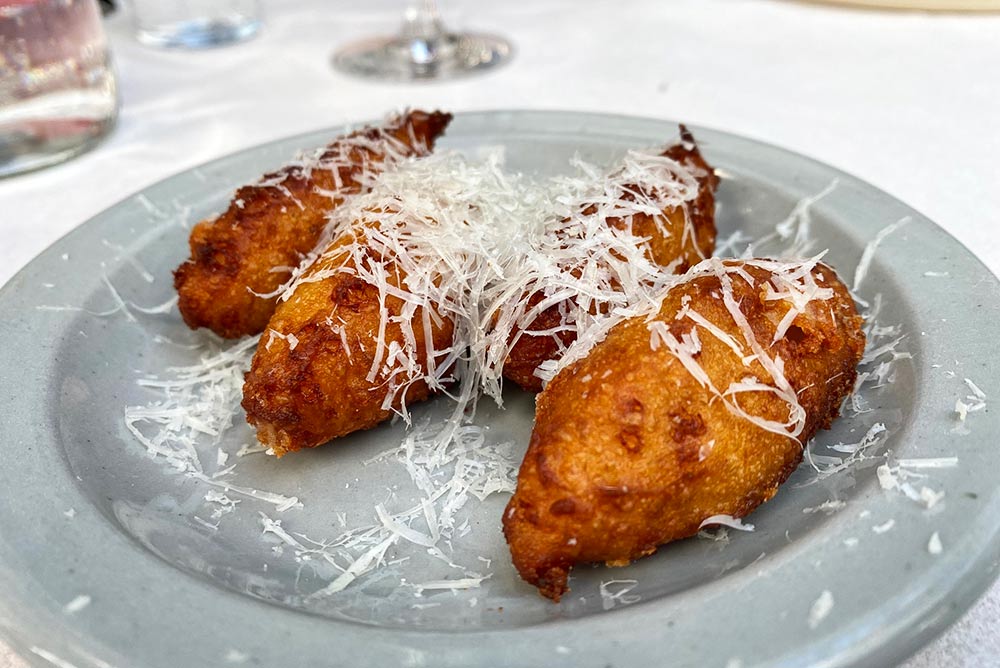 Isle of Mull cheese puffs (£6) - if you're feeling extra you can pay £7 to have black truffle shaved on it too. 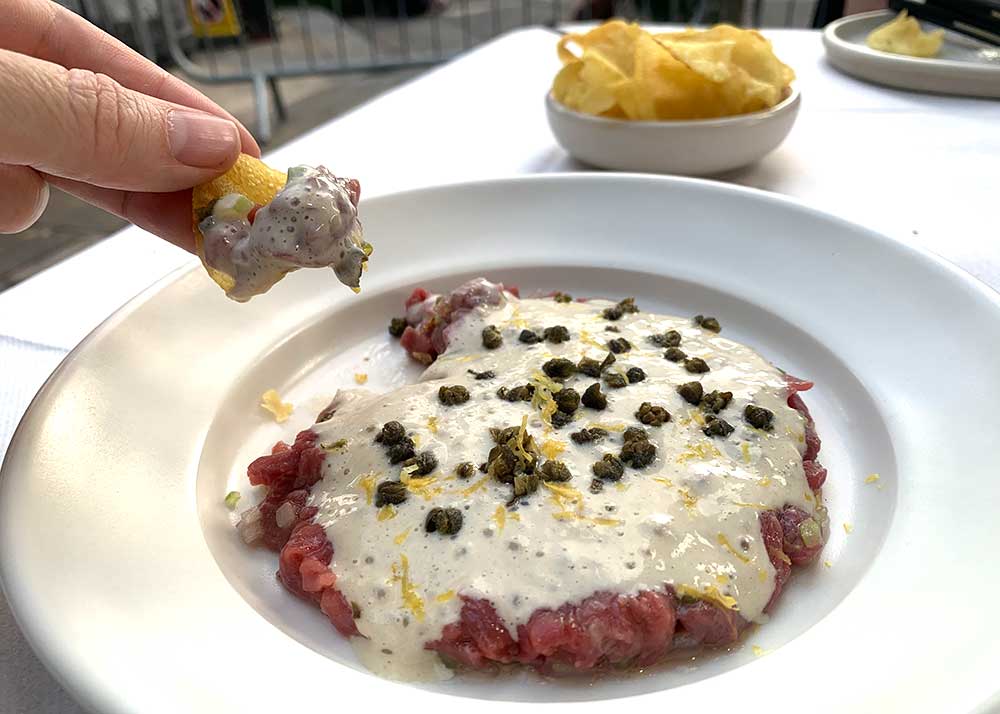 Veal tartare, tonnato dressing & olive oil crisps (£12) - as longtime followers of Hot Dinners will know, veal tonnato is a trigger dish for us. We ALWAYS have to order it. This version may not be the classic treatment but it was extremely good. 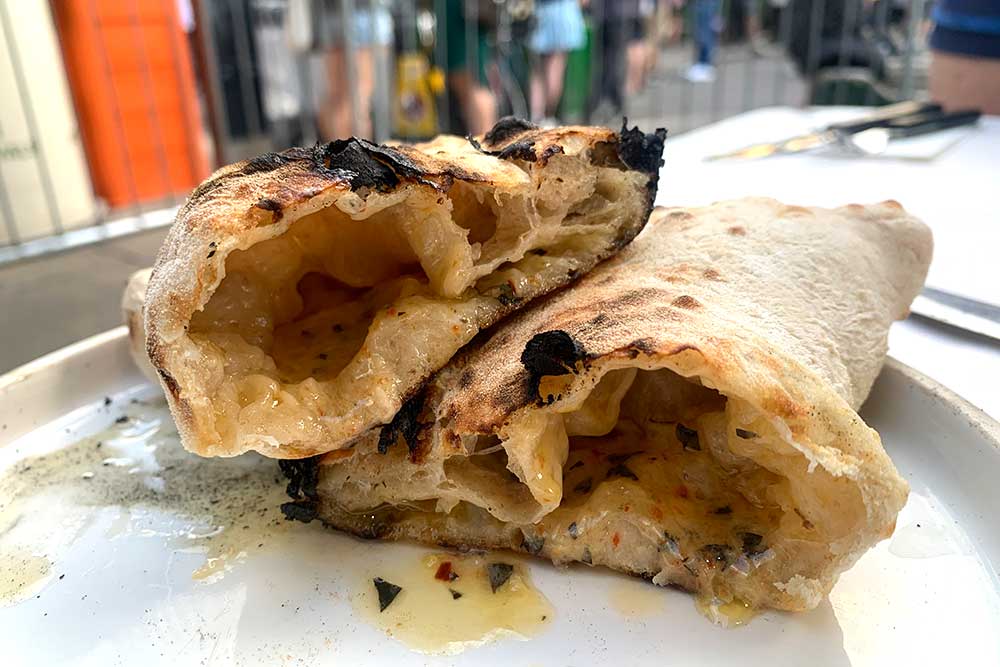 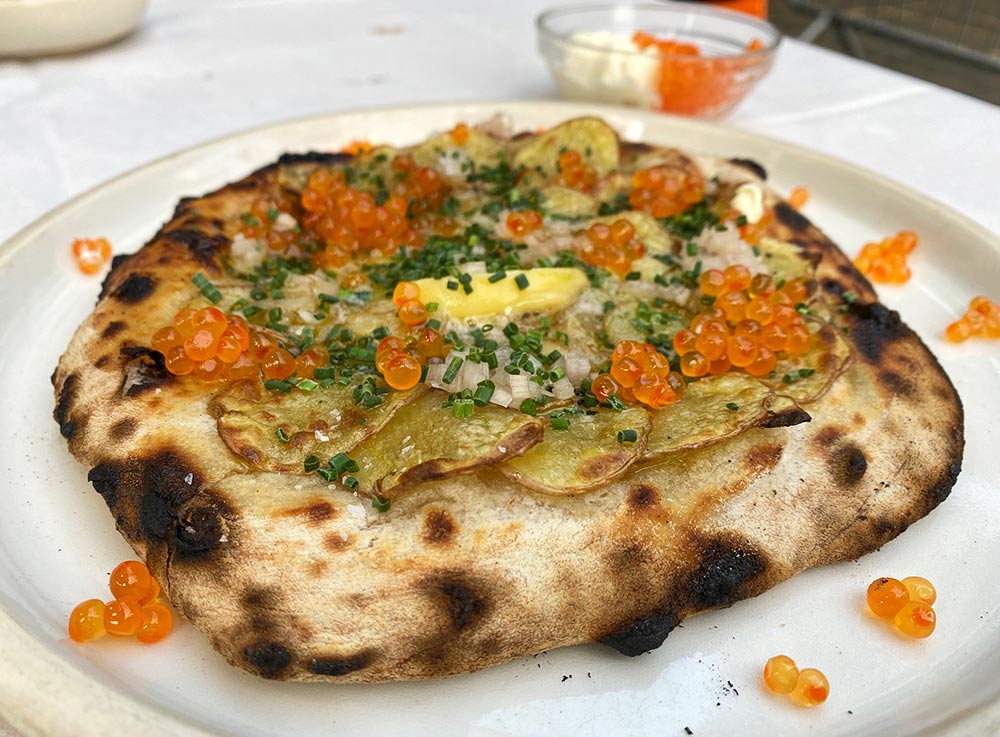 Irish trout roe, potato flatbread, sour cream & chive butter (£16) - this is in the small plate rather than pizza section, but we couldn't resist this double-carbing dish and the roe was an added pop of flavour.

The dessert menu featured enticing sounding treats like rhubarb ripple ice-cream and a flowerless chocolate cake, but we kept it simple and shared this between us: 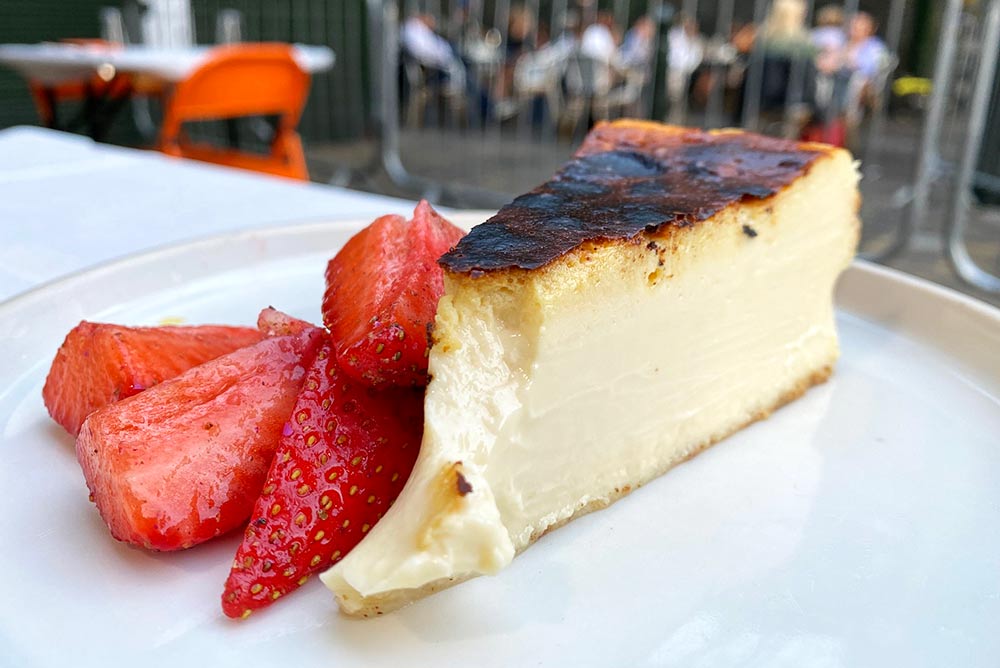 Basque-style cheesecake with strawberries (£7) - almost liquid in the middle, as it should be. Heaven.

The all-natural wine list kicks off with a few summer cocktails - our Venetian spritz (£8) was just the thing for a muggy London evening and we had our first-ever glass of delicious Pet Nat rouge from the organic Landron Chartier winery (£8).

The move outdoors has clearly been a hit for Elliot's - there wasn't a free seat at an early Tuesday evening sitting. It's a super spot to watch the world go by (from a socially distant perspective) - just be careful not to make too much of a carb-heavy choice as we did - there were some lovely salady dishes we'd opt for next time.

Where is it? Just across from the restaurant - 12 Stoney St, London SE1 9AD

When does it run until? Until the end of August

Hot Dinners ate as guests of Elliots. Prices are correct at the time of writing.